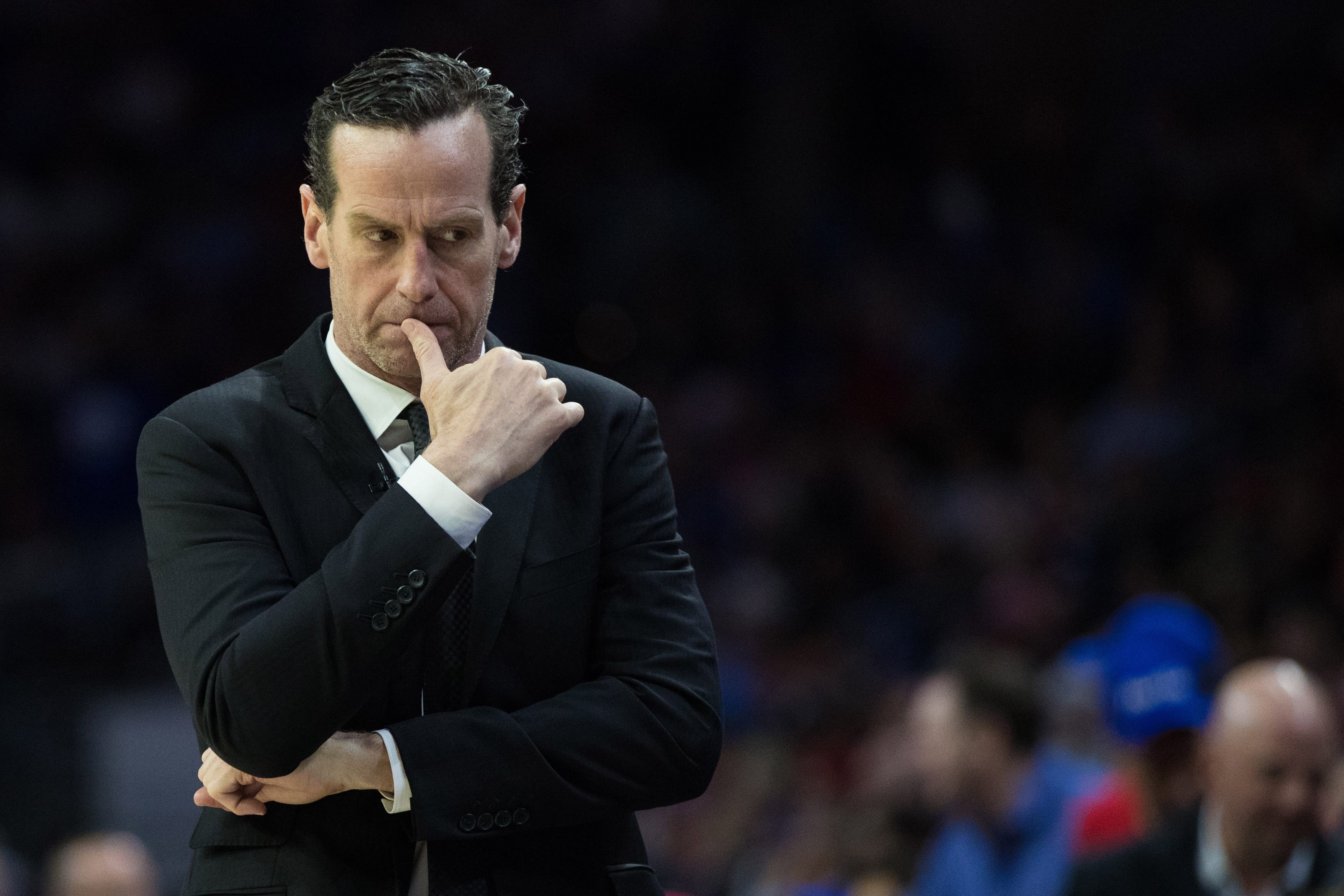 If there’s anything the Brooklyn Nets can guarantee, it’s that they’re not sure whether superstar signing Kevin Durant will play during the 2019 season. The question is — how will he influence the team from the sideline?

On an interview with WFAN’s Mike Francesa, Kenny Atkinson stated “It’s way too early” to tell when Durant will return. The evaluation process is still in progress and a timetable for a potential return is not yet set.

However, the New York Nets’ head coach commented on the role Durant will play next season:

“I know I need his basketball acumen around and his leadership. First and foremost is his rehab and getting that right. We are going to use him. We might have to give him an assistant coach’s salary.”

“You need to use guys like that. We’re going to need his leadership this year. I know I have talked to him about it. He’s excited about that. We have already started our conversations.”

With some younger players still looking to break out and make a bigger impact, Durant is the perfect mentor and leader to help them reach their potential and make the most out of the boat-load of money Brooklyn dropped on Kevin and Kyrie Irving.

Using Durant once he returns has Atkinson staying up at night:

”I have a ton of things in my mind how we can use Kevin to his best abilities. He can play all five positions. When Kyrie is out, you can play him at the point. He’s maybe the best wing scorer, him and LeBron, in our era. It’s going to be exciting to try and fit him in into these different spots and use him as well as we can…”

Convincing one of the best basketball players of all time to skip over the New York Knicks and come to a smaller team in Brooklyn is the male version of the “Notebook.” While sitting out injured is unfortunate, his return will be something special for an organization preparing to take the leap to big brother.