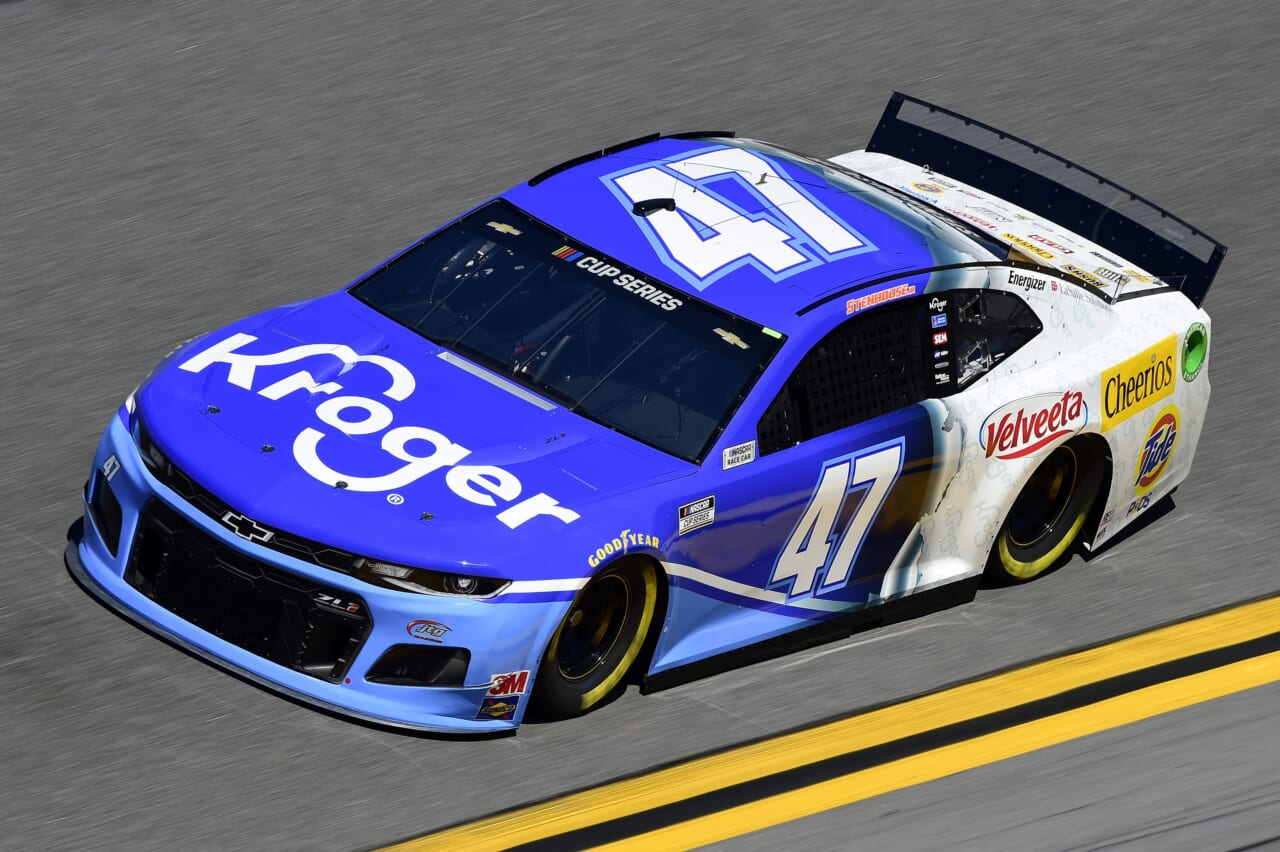 In a year of dramatic parity, these three NASCAR teams have provided some solid surprise early showings through seven races.

There will be no Easter egg roll on asphalt on dirt for NASCAR’s national series, as the Cup, Xfinity, and Truck units have gone a brief hiatus. The premier Cup Series will return to action next Saturday night at Martinsville Speedway (7:30 p.m. ET, FS1).

With seven of 36 events down at the Cup level, parity has been the name of the game. We’ve seen seven different drivers win the first seven races. While some of the trophy-hoisters have been expected (Martin Truex Jr./Joey Logano), we’ve seen first-time winners (Michael McDowell/Christopher Bell), long droughts end (Kyle Larson/Ryan Blaney), and a young veteran start to build his tally up (William Byron).

This trio of teams has been particularly surprising, as we give them their due on a quiet weekend at the track…

Many eyes have turned to the NASCAR endeavors of a certain University of North Carolina alum turned NBA All-Star. The subject, of course, is Brad Daugherty and his shared team with Jodi and Tad Geschickter. There’s obviously plenty of time for Michael Jordan’s squad, 23XI Racing, to find their groove. In the meantime, it’s hard not to appreciate what Daugherty’s team has done in this young season.

One of the more interesting stories of the 2021 season is perhaps that of Ryan Preece. His No. 37 Chevrolet doesn’t have a charter, but he has managed to keep it competitive in the early going. Preece was one of four drivers (Kevin Harvick, Joey Logano, Michael McDowell the others) to finish in the top ten in each of the first two races. He’s also one of 11 drivers who have run at the finish of each of the seven events run so far.

Meanwhile, Ricky Stenhouse Jr. came to the team’s No. 47 after a disappointing tenure at Roush Fenway Racing. He has earned top 20 finishes in all seven races to date, capping it off with a runner-up posting at Bristol. The team currently holds one of the 16 playoff spots, a fantasyland that JTG Daugherty has not seen since its lone appearance in 2014 (A.J. Allmendinger). Stenhouse will undoubtedly be capable of winning at Talladega later this month. He won the 2017 spring event and drove the No. 47 to a narrow runner-up finish there last season.

Adding to their consistency, both Preece and Stenhouse have done a great job keeping their cars clean this season. The two have failed to complete only a combined six of a possible 3,388 laps.

Anyone who has kept an eye on the NASCAR Xfinity Series would know that Kaulig Racing was on the rise through its victorious triumvirate. Such consistency has continued on the developmental level (Allmendinger won the Las Vegas race while he, Justin Haley, and Jeb Burton have united for 13 top tens). But their Cup program took some steps forward in the early showings as they inch closer to full-time status. Things got started when Kaz Grala raced his way into the Daytona 500’s main event (even leading 10 laps) before Allmendinger earned a top ten run at the ensuing road course event.

“I think itâ€™s been the worst-kept secret that they have aspirations to get to the Cup Series, racing it full-time down the road, try to be a multi-car team down the road,” Grala said following his success at the Bluegreen Vacation Duels. “This is the first small step towards a big picture. I know (racing at Daytona) a victory for everybody at the team.â€

It was fair to keep expectations low for Trackhouse Racing. Even with strong backing from recording artist and philanthropist Pitbull, new teams have often struggled to gain their footing in modern NASCAR. Behind the wheel was Daniel Suarez, who struggled mightily, even by low-budget standards, in Gaunt Brothers Racing’s No. 96 last season.

But Suarez has enjoyed a slight resurgence in the seat of the team’s No. 99 Chevrolet. Signs of progress were apparent even before his top five run at the Bristol dirt event. The team probably would’ve earned a top ten finish at Atlanta if not for Suarez’s speeding penalty on pit road. He earned top 20 runs in the next two races after getting caught up in the early “Big One” in Trackhouse’s Daytona debut. The No. 99 currently sits in 20th in the standings, best amongst new teams and 28 points out of a playoff spot. 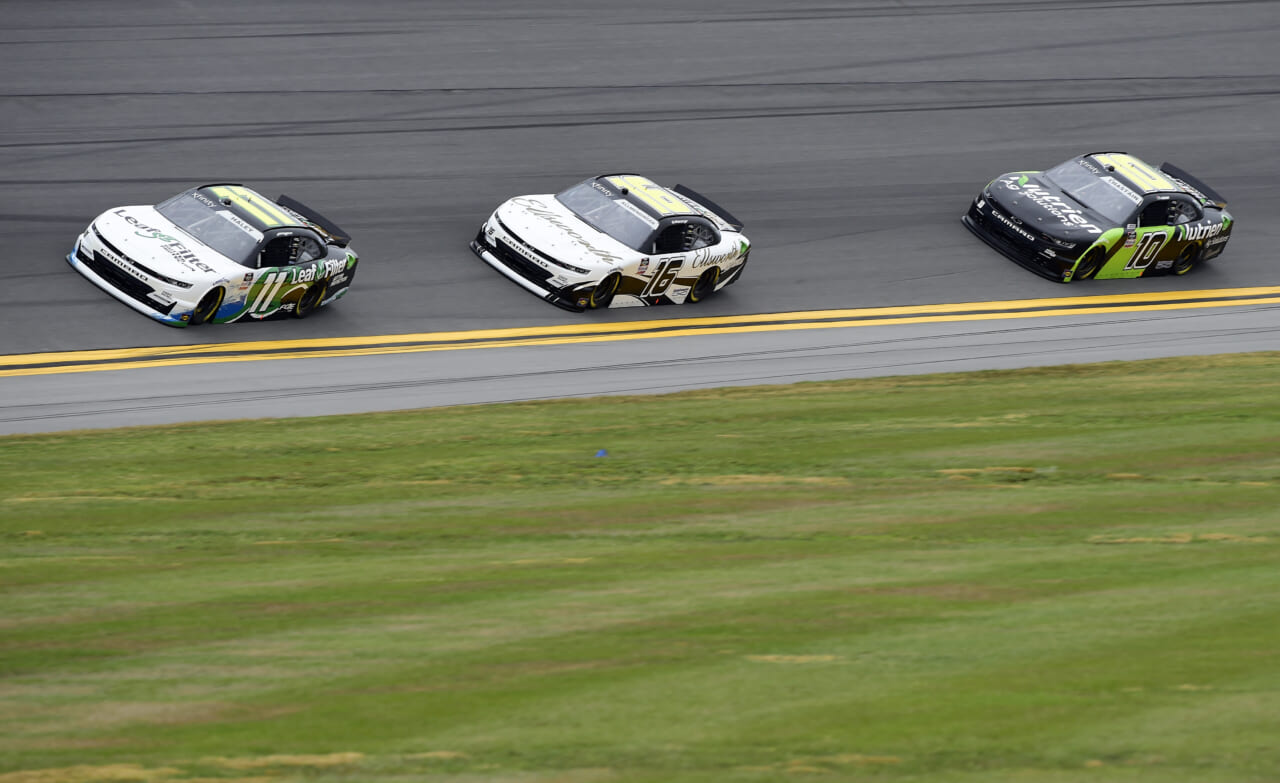 “Kaulig Racing is always building toward the future and I believe this is the next step in that process,” said team owner Matt Kaulig, in a statement. “We have the ultimate goal of becoming a powerhouse team in the Cup Series, and we are excited to continue our team’s growth.

Kaulig, the founder of gutter protection and cleaning system LeafFilter, opened his NASCAR team in 2016 with technical support from Richard Childress Racing. The team has been one of the most successful on the Xfinity level over the past two seasons, winning seven races over the past two seasons. Kaulig planned to run more Cup events last season, but was prevented from doing so by the ongoing health crisis.

“From where we started in a go-kart shop to a now championship-contending team, I have seen the growth of Kaulig Racing first-hand over the last 5 years,” said team president Chris Rice in the same statement. “It has been a privilege to be able to have Matt Kaulig’s trust in establishing ourselves as a competitive team in one of NASCARâ€™s top series, and I am confident we are ready to take that next step as an organization.”

Also joining the group this season is Jeb Burton, who takes over the No. 10 Chevrolet from Ross Chastain. Burton, the son of 2002 Daytona 500 champion Ward, has run sporadically at each of NASCAR’s national levels, including a single full-time season in the Cup Series in 2015. He was a part-time driver with Dale Earnhardt Jr.’s team over the last two Xfinity seasons, taking home three top-five postings with JR Motorsports (including a runner-up finish at Richmond in September). Chastain was promoted to a full-time Cup ride in September, taking over for Matt Kenseth in the No. 42 Chip Ganassi Chevrolet.