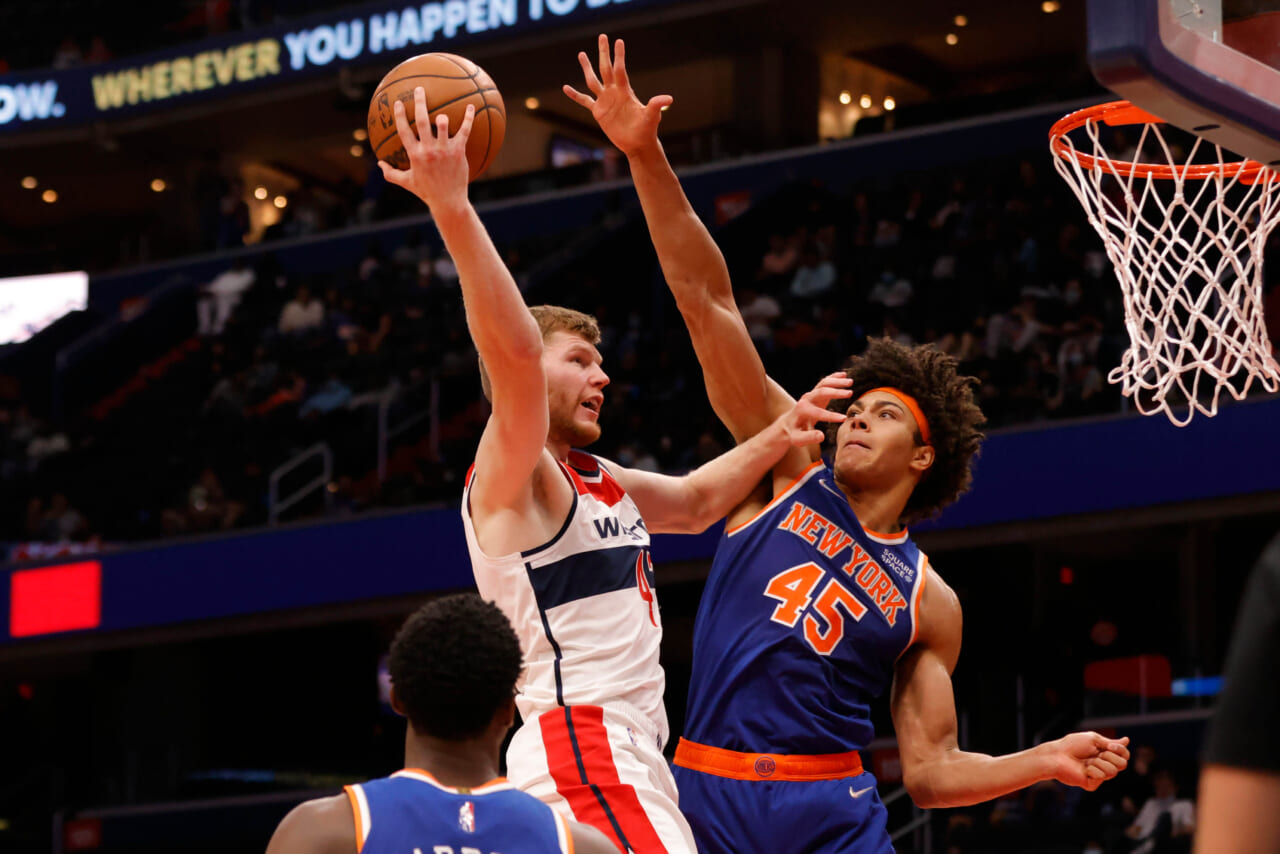 The New York Knicks NBA Draft Lottery curse continued Tuesday night in Chicago. For the 18th straight time, the Knicks failed to move up as they got stuck at No. 11.

They will have plenty of options at No. 11 though none of them would be a surefire franchise-altering talent.

Major NBA mock drafts are divided on who the Knicks should select in the first round.

With the projections all over the place, there’s also a big chance that the Knicks would kick the can further down the road as they did last year, especially with a glut of young players already on their roster.

In the 2020 NBA Draft, the Knicks traded their 19th pick for a future heavily protected first-round pick, which they used in the package to acquire former lottery selection Cam Reddish before the February trade deadline. They also swapped their other first-rounder — No. 21 for Quentin Grimes at No. 25.

The Knicks have been solid in the draft since Leon Rose took over as the team president, bringing with him former Utah Jazz draft guru Walt Perrin. While they missed out on rising stars Tyrese Haliburton, Tyrese Maxey, Desmond Bane and defensive stud Herb Jones, the Knicks’ picks in the previous two drafts are developing at their own pace.

They are all out in Chicago with a strong contingent led by Rose, William Wesley and Tom Thibodeau as the NBA Draft Combine got underway Wednesday.

But they are also leaving no stone unturned as they check out under-the-radar prospects back home. The Knicks also have the 42nd pick in the second round.

Rhoden moved from to the Draft Combine after an impressive run in the G League Elite camp. Meanwhile, Boeheim, the son of Hall of Fame coach Jim Boeheim, reportedly shot the lights out in his private workout with the Knicks. Boeheim shot 71 of 80 three-pointers, according to Forbes Sports’ Adam Zagoria.

The Knicks are scheduled to work out the Philippines’ 7-4 phenom Kai Sotto on Monday.

None of these prospects are projected to be drafted. But this current Knicks regime unearthed a diamond in the rough in Jericho Sims toward the end of the draft last year.

So, maybe one of these under-the-radar prospects could sneak their way into the NBA. 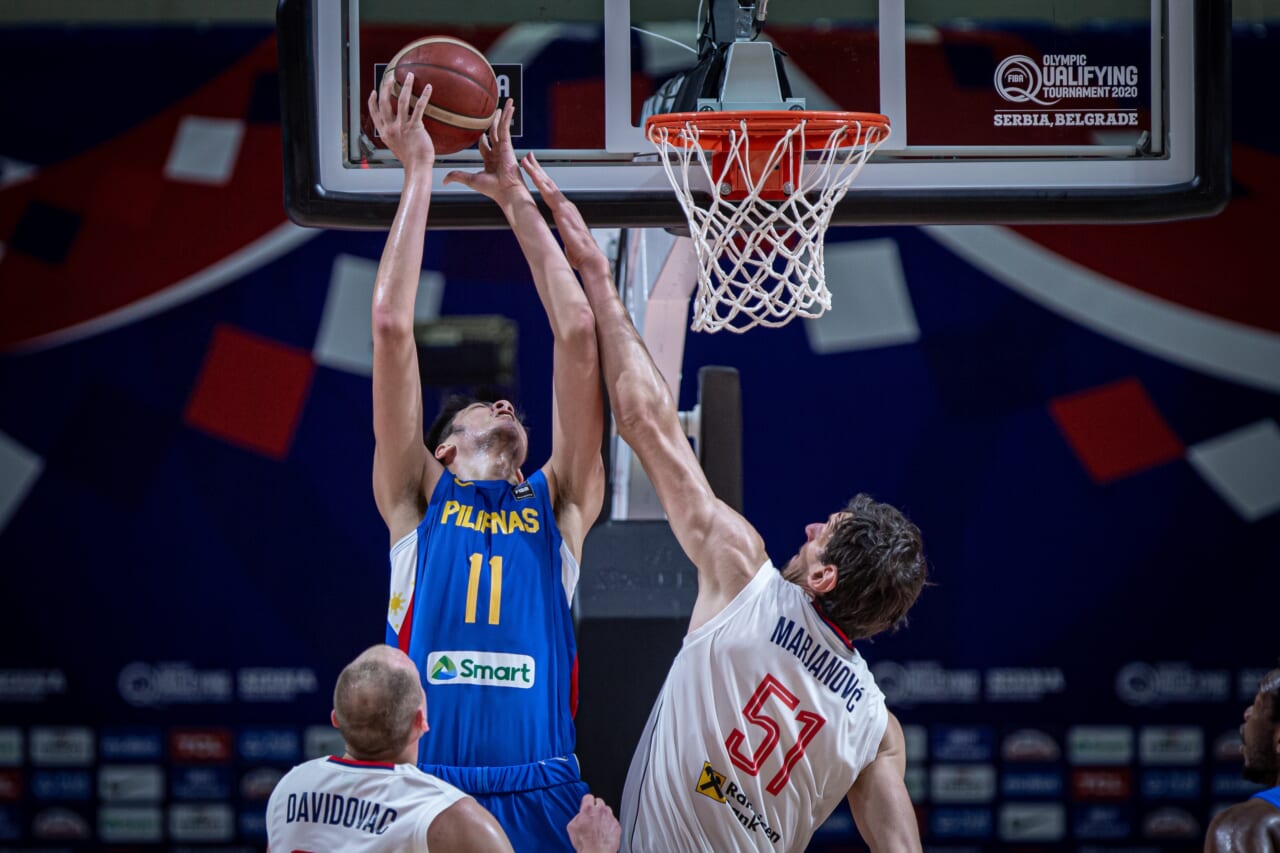 The New York Knicks will be working out the Philippines’ top NBA prospect Kai Sotto next week, per league sources.

The 7-foot-4 Sotto is fresh from playing in Australia’s National Basketball League, where the previous lottery picks LaMelo Ball and Josh Giddey played before entering the NBA.

The 20-year-old Sotto averaged 7.5 points on 50% shooting, 4.5 rebounds and 0.8 blocks in just 15 minutes off the bench for the Adelaide 36ers, the same team that groomed Giddey. His strong finish in his NBL stint has intrigued several NBA teams. Aside from the Knicks, Sotto has 11 more workouts lined up for him despite not getting an invitation to the NBA Draft Combine in Chicago.

“I got [off to] a slow start but I think as time went by, I played better. The whole process has been amazing,” Sotto said of his NBL stint.

He capped his promising NBL campaign, scoring in double figures in three of his final five games, including a career-high 21 points in 18 minutes off the bench against the three-time NBL champion Brisbane Bullets.

The Filipino prospect has been working out in Atlanta with NBA skills trainer and former Columbia University star Jeremiah Boswell to prepare for the NBA Draft.

“I’m just working on my strengths and weaknesses, trying to improve my all-around game and try to be ready for the NBA Draft in the team workouts,” Sotto recently told Lakersnation.com.

Sotto projects to be a stretch big man in the next level that offers rim protection and decent court vision. He displayed his soft touch from the perimeter in the NBL, albeit in a small sample size, shooting 38 percent from deep.

“(The perimeter shooting) is one of the things I try my best to improve on, and it’s going to be a weapon for me when I master it,” Sotto said. “I just need a lot of reps to have confidence in myself.”

A former four-star prospect, Sotto starred for Atlanta-based prep team The Skills Factory. He nixed playing in the U.S. NCAA and instead signed with the inaugural G League Ignite Team. However, conflicts with his commitment to the Philippine national team in FIBA tournaments aborted his G League stint.

Sotto hopes to become the first full-blooded and homegrown Filipino to play in the NBA. Currently, the league has two players with Filipino lineage — Houston Rockets’ Jalen Green and Jordan Clarkson.

New York has the third-largest Filipino immigrants in the U.S., with a 236,000 population, according to a 2019 census.

The Knicks have a stacked frontline with the emergence of last year’s second-round pick Jericho Sims into a serviceable rotation player. Barring any trades, Nerlens Noel and Mitchell Robinson, who has yet to agree to a contract extension, are projected to patrol the paint for the Knicks next season.

The Knicks own the 11th and 42nd pick in June’s NBA Draft.