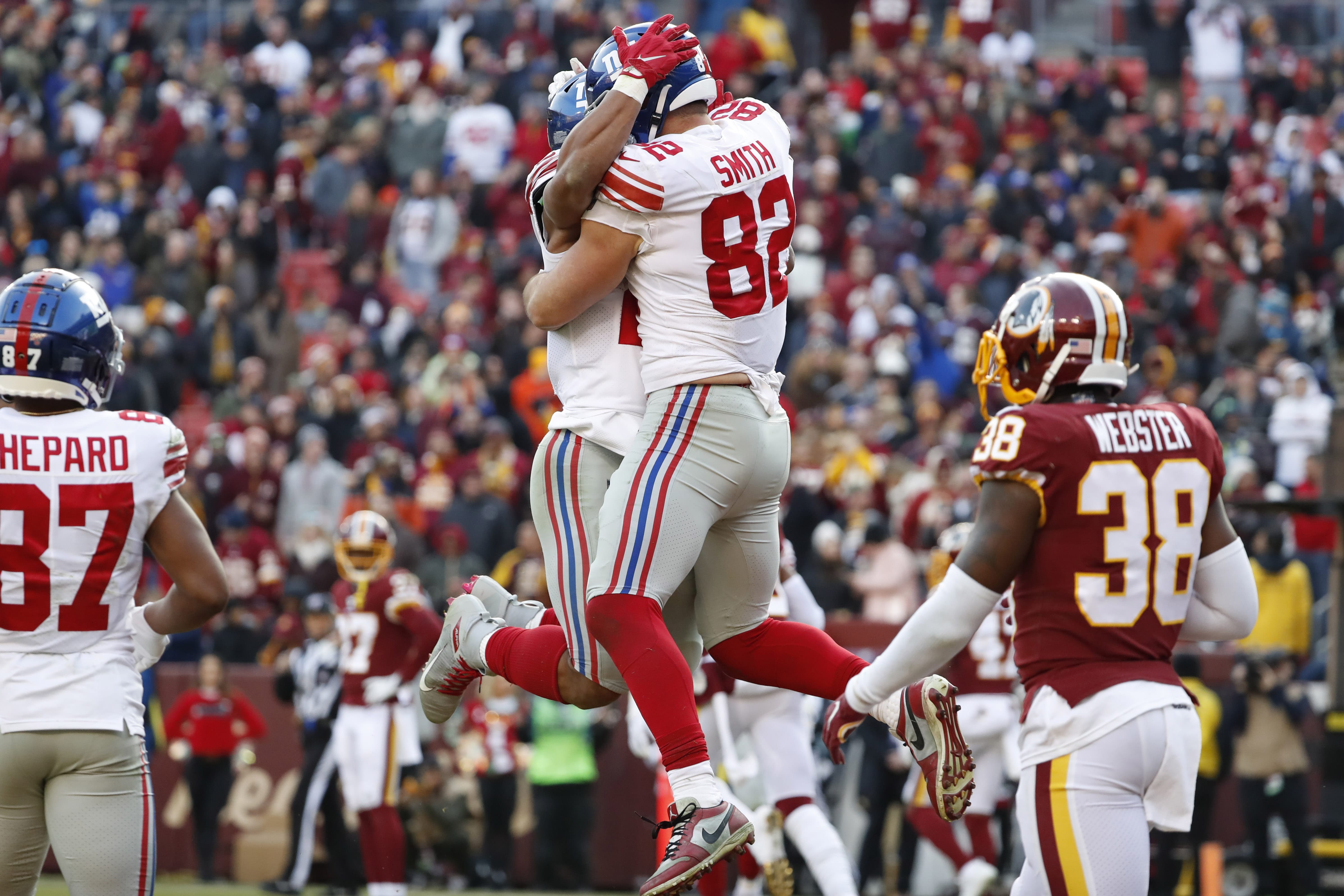 The tight end position for the New York Giants has been a question mark for years now, considering the lack of health from Evan Engram. The best ability is availability, so they say, and Engram has been unavailable for almost an entire year’s worth of games over the last two seasons.

The Giants’ offense has a focus on the tight end position, and Engram’s inability to block makes him a single-faceted player. Having to waste another roster spot on a blocking tight end that allows defenses to better decipher run plays only decreases the overall efficiency of the team.

However, the Giants might have found their long-term solution in rookie, Kaden Smith, who hauled in two touchdowns, including the game-winning score, against the Washington Redskins on Sunday.

It's over! Kaden Smith FTW

Rookie quarterback Daniel Jones has developed reliable chemistry with Smith, who will make Rhett Ellison expendable after the 2019 season. Releasing Ellison will open up $5 million in cap space. It also puts Engram’s value in question, as his absence has given Kaden a chance to steal the starting spot right out from under him.

The New York Giants have until May 5 to accept Engram’s fifth-year option on his rookie deal, and with Smith emerging, it decreases the probability. I would take one final look at Smith against the Eagles to gauge his potential and then decide on Engram’s future. Letting him walk after his fourth season in Blue might make the most sense, especially if his price-tag is excessive.

Dan Benton – Giants beat Redskins: Winners, losers and those in between