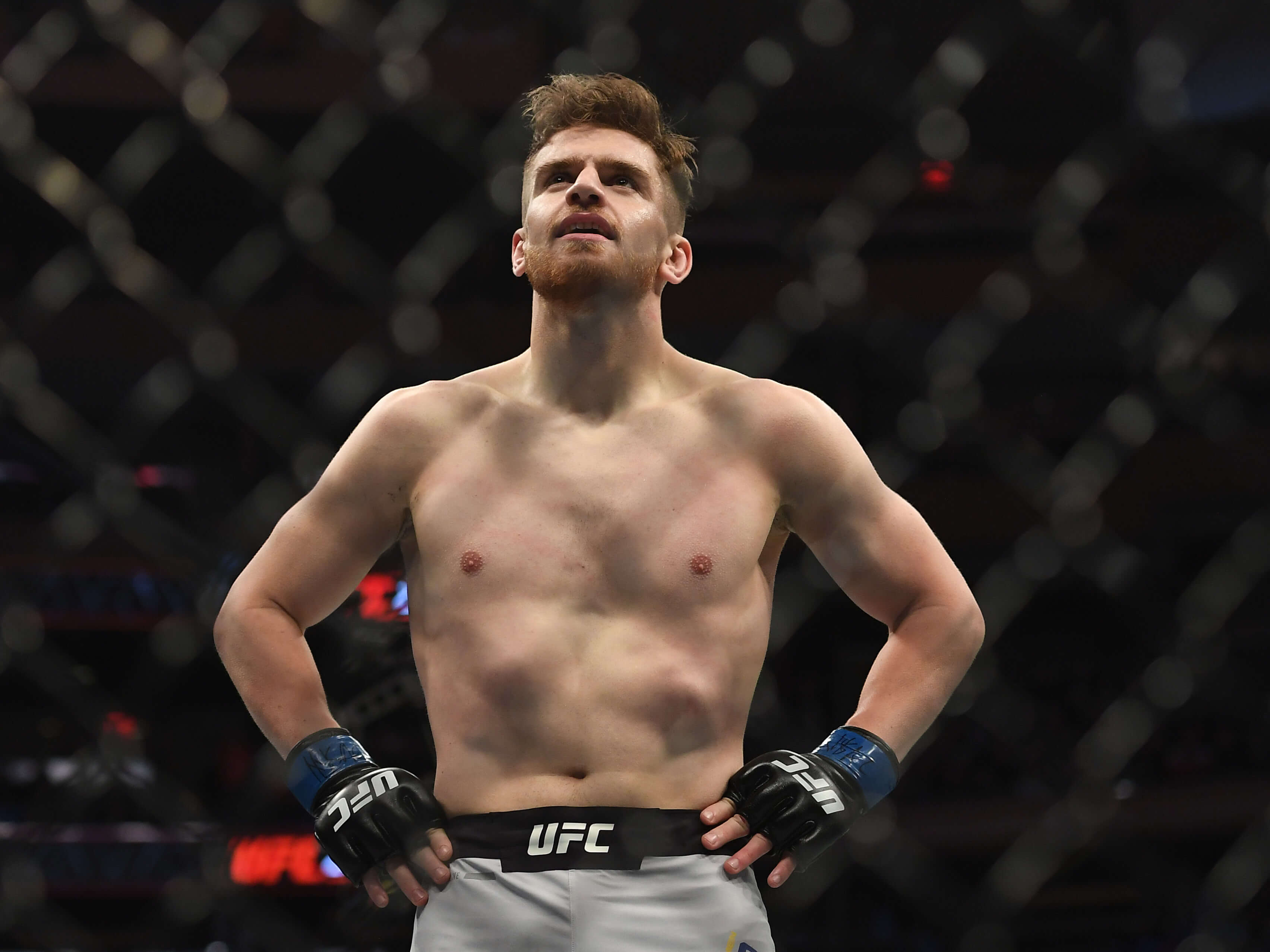 This past Saturday at UFC Vegas 27, top prospect Edmen Shahbazyan (11-2) took on The Joker Jack Hermansson (22-6) to kick off the main card. This was a really tall order for Shahbazyan who was coming off of his first career loss last year.

Shahbazyan was being touted as a future champion in 2020. The previously unbeaten Shahbazyan was surging up the UFC‘s middleweight division all before he even turned 23 years old.

Shahbazyan was 4-0 in the UFC as he got his first main event slot against Derek Brunson last August. The 22 year old Shahbazyan looked like he was ready to break into the scene of stardom, but Derek Brunson was having none of it.

Brunson completely broke Shahbazyan down on his way to picking up a third round TKO victory. In reality, Shahbazyan should have taken a step back after that loss. At just 23 years old, there is no reason to rush his career.

However, Shahbazyan insisted that he fight someone in the UFC‘s top ten. After some back and forth with the promotion, Shahbazyan was given that top ten opponent in the tough Jack Hermansson.

In the first round, Shahbazyan looked sensational at UFC Vegas 27. In fact, it looked like he made the right choice. However, when he wasn’t able to stop Hermansson in the first round, that’s when things went south quickly.

Hermansson started taking the fight to the ground after the first and Shahbazyan had no answer. The third round was so one-sided that it was an easy 10-8 round for Hermansson. Ultimately, Shahbazyan lost a decision at UFC Vegas 27.

Having lost a second fight in a row, Shahbazyan has to take a step back at this point. He very well might be a future UFC champion, but he seriously needs to take a breather and take an easier fight.

It’s important to remember that he’s only 23 years old in a sport where many don’t reach their prime until their late 20s to early 30s. So, who should the UFC give him in his next matchup?

I think he needs to fight someone outside the rankings. I think someone entertaining would be a matchup with a guy like Julian Marquez (9-2). Marquez has nine finishes in nine wins and he’s won two in a row.

With the style he possesses, this could be a good step back for Shahbazyan. Should Marquez win, he bursts into top fifteen. Should Shahbazyan win, he gets some confidence back and the UFC can give him a ranked opponent afterwards.