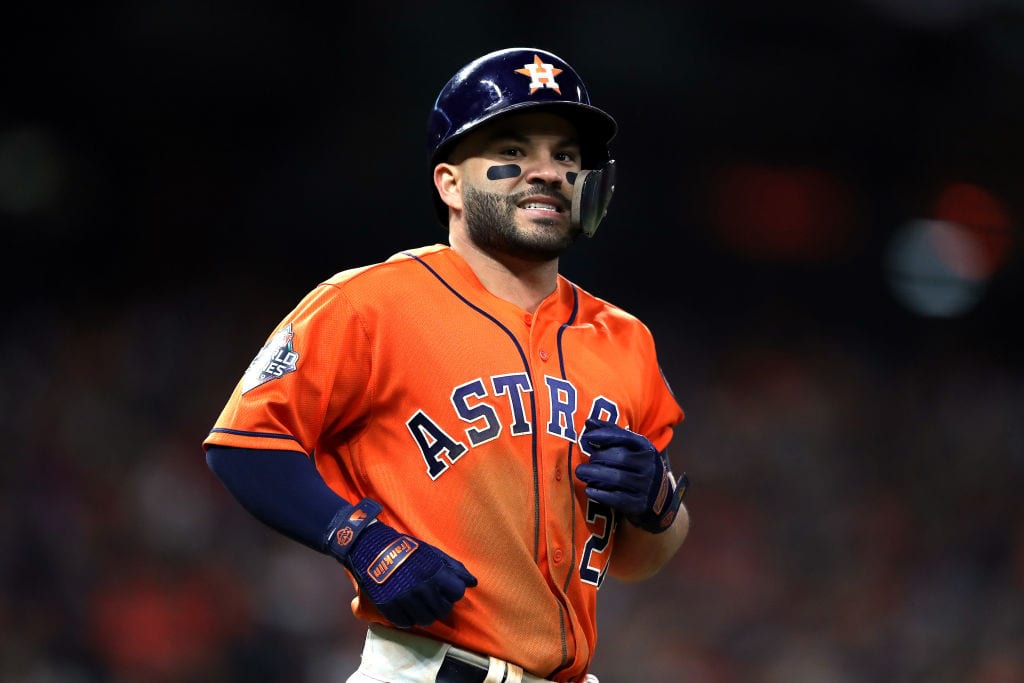 The New York Yankees lost in the wild card game against the Boston Red Sox, but the postseason marches on. The Houston Astros won over the Red Sox in the ALCS, and the Atlanta Braves won the NLCS. That series also went six games, the Braves winning four days ago 4-2 and moving them on to the World Series against the ALCS Champion Houston Astros. The Atlanta Braves won game one in Houston.

The final score was the Atlanta Braves 6 and the Houston Astros 2. The winning pitcher was A. J. Minter, and the loser was Framber Valdez. The Atlanta Braves up one game in the best of seven series. It was the Bravesâ€™ first World Series game win since 1995 It was a great win at Houston’s MinuteMaid Park, but all was not well with the Braves. Their ace Charlie Morton, is out of the World Series with a fractured leg, when he was hit with a comebacker.

Game Two: Last night was the last game in Houston, before moving back to Atlanta’s Truist Park for the middle three games in the best of seven contest. The Astros came away with the win last night, when they bested the Braves 7-2. It was a battle of the starting pitchers, as both went five innings. The difference was that Jose Urquidi pitched great, allowing two earn runs, while Max Fried allowed six earned runs. Both bullpens did their job, the difference there was the Braves Drew Smyly gave up a run in the seventh.

Last night, was the first night that the roof was open during postseason play in the last 16 years. Jose Urquidi on the mound, Eddie Rosario struck out in a night that Urquidi would strike out seven, over five innings of work. In the bottom of the first, Jose Altuve doubled and moved to third. Alex Bregman had a sac fly to left field, scoring Altuve as the Astros got on the board first in the game. In the top of the seventh, after Urquidi had struck out four Braves in a row, Travis d’Anaud answered with a homer into the left field stands, evening up the score at one.

The bottom of the second was big for the Houston Astros. With men on the corners, Jose Siri was safe on an infield grounder and the Astros scored another run taking the lead. Martin Maldanado doubled to left scoring Yuli Gurriel from third. On a bad throw to home trying to catch Gurriel the, ball got past Travis d’Anaud, and Siri scored as well, giving the Astros the 5-1 lead.

In the top of the fifth inning Freddie Freeman had a sac fly to left, with Travis d’Anaud scoring from third base, that gave the Atlanta Braves two runs in the game and would be the last time that they would score. That sac fly also knocked Urquidi out of the game being replaced by Cristian Javier. At the top of the sixth the ball was taken from Max Fried in favor of Dylan Lee who would pitch a clean sixth. At the bottom, Alverez was driven in, for the sixth run for the Astros.

In the bottom of the seventh inning, the Astros would score their seventh and last run of the game when Jose Altuve off of Smyly would hit his 22nd postseaon home run deep into the left field stands at MinuteMaid. 22 post season home runs, ties him with the New York Yankees Bernie Williams for second all time. The final score was the Houston Astros 7 and the Atlanta Braves 2. The winning pitcher was Jose Urquidi and the loser was Max Fried.

Today is as day off, travel day for both teams as they move on to Atlanta. With the series tied at one game apiece, if the Astros win all three Atlanta games, they will win their second World Series in four appearances, if not they would travel back to Houston to play one or two more games. The Atlanta Braves have won the World Series three times, the last time was in 1995. To put that into perspective the New York Yankees have 27 World Championships under their belt.

Game three of the 2021 World Series will be on Friday night at 8:09 EDT. Ian Anderson will be on the mound for the Atlanta Braves, and Luis Garcia for the Houston Astros. Truist Park unlike MinuteMaid is an open air stadium. Today in Atlanta there is a 100% chance of showers, Friday and Saturday there is a 50% chance. Sunday’s game will be the only game without showers in the area. All the World Series games will be televised nationally on the Fox Network.