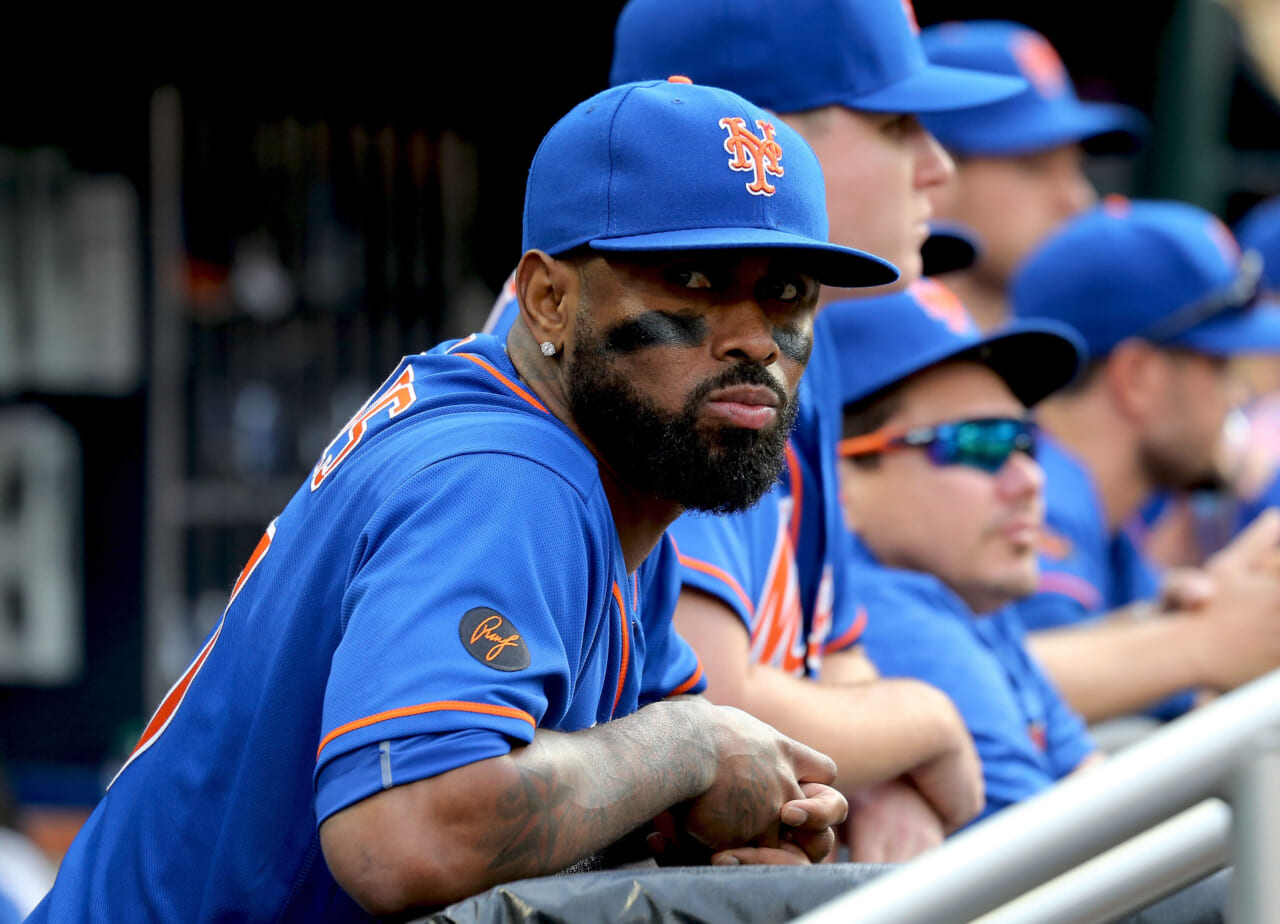 After going almost two full seasons without playing professional baseball, it seemed all but official that Jose Reyes retired. The long time New York Mets shortstop made it official on his Instagram and is hanging up his cleats after a successful 16-year career.

JosÃ© Reyes has officially announced his retirement after 16 seasons.

His message, with a specific thank you to #Mets fans: pic.twitter.com/dsrYPjy91A

Reyes came up as a 20-year old rookie during the 2003 season and immediately became noted for his lightning-quick speed. It did take until the 2005 season for Reyes to break out as the superstar he became in New York. Manning the left side of the infield with David Wright, the two combined to start the most games of any third base/shortstop combination in Mets history.

When Reyes learned how to become a dominant leadoff hitter, he got on base more. It allowed him to rack up three straight seasons of 60 or more stolen bases, topping out at 78 in 2007. Through the Mets were not quite winners during his final years with the franchise, it was not due to Reyes play on the field. In his last season with the Mets, in the first go-around, he won the batting title by hitting .337.

Reyes left the Mets for the Miami Marlins, who gave him a lucrative six-year deal. After one good season in Miami, he went to the Toronto Blue Jays via trade, and while still a good hitter, he was not quite the speed threat he once was. Reyes’s power numbers dipped in Toronto as well, which led to his trade as part of a broad package for Colorado Rockies shortstop, Troy Tulowitzki.

It was the 9th time Reyes collected multiple triples in a game (& first since 2012).

The 2015 trade came right in the middle of a potential Blue Jays run, and heading to the struggling Rockies ruined a chance for Reyes to get back in the postseason for the first time since 2006. In the following offseason, a domestic violence incident led to a 51-game suspension at the beginning of the 2016 season.

During the suspension, Trevor Story took the league by storm, which led Reyes without a place to play and was designated for assignment. With the Mets infield decimated by injuries, it made the perfect fit for Reyes to return home. Reyes played well with the Mets in 2016 and was a significant reason why the team made the postseason. His two-run game-tying home run against the Phillies in late September is his signature moment from his Mets return.

Jose Reyes has announced his retirement from baseball. His message:

"Mets fans, what can I say? We never got he ring we hoped we would get, but I can't imagine playing in front of any better fans in the whole world."pic.twitter.com/hJqOyh85dC

Reyes had a strong 2017, with his best home run total since 2008, which prompted the Mets to give him another deal. Unfortunately, Reyes struggled all season and failed to hit under .200. Despite his final game being the same as David Wright’s, Reyes decided not to announce his retirement yet in hopes of playing again. Both players shared the field for the last time together as it signaled the end of an era, which was taken over by Pete Alonso.

Reyes is still an active musician and messes around with fellow veteran baseball players on Instagram. He is second to Wright on the Mets all-time at-bats, runs, hits, total bases and doubles, and the all-time Mets leader in triples and stolen bases. Reyes probably will not have his number retired by the franchise, but he is a future Mets Hall of Famer.