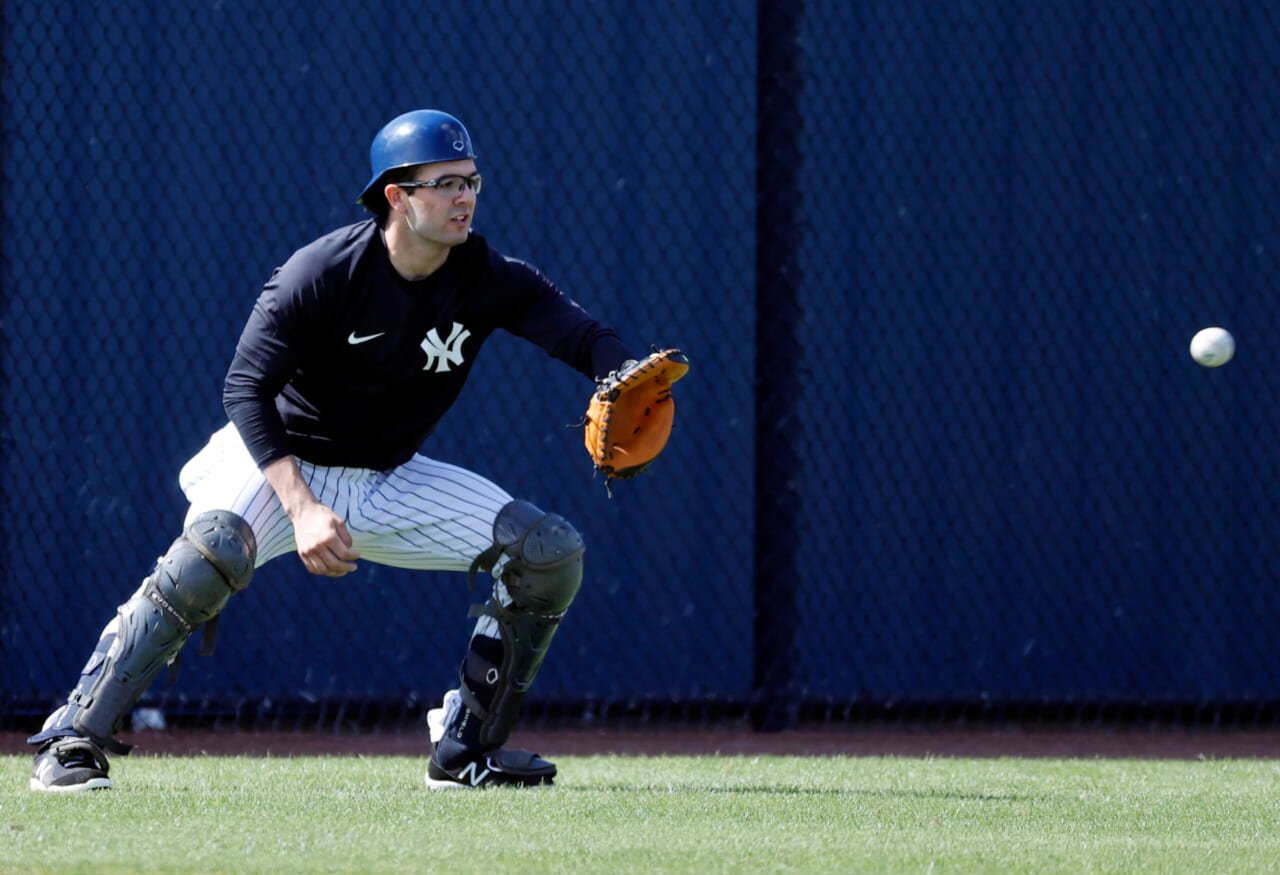 With the MLB lockout still in effect, while a new CBA agreement still has not been reached, the New York Yankees, along with all the other MLB teams don’t have much going on, but there still is news to report. Here is today’s roundup for the weekend.

He will take part in broadcasting 36 games, according to reports. Beltran, the one-time Yankee player during the 2013-2016 seasons and ex-Mets manager, will likely fill in for David Cone in some games as he balances his work with the YES Network and his new job with ESPN.

Jose Canseco, who played for the Yankees in 2000, is mad as hell. Canseco complained that the Hall of Fame elected David Ortiz to the Hall on his first ballot. He sighted that other players that tested positive for PED’s have been rejected mostly for their use of drugs. He likely means Alex Rodriguez, Roger Clemens, Barry Bonds, and others. He called it a double standard and hypocrisy.

“If ortiz is in the hall of fame so should the other guys who use PED,s again MLB screws it up again talk about hypocrisy.”

Canseco is not the only one complaining, social media is full of comments at least questioning the move of the Hall and the baseball writers. It should be mentioned that Canseco was also a proven drug user. Just like Pettitte, there is some question regarding Ortiz’s use of PEDs. Pettitte used the drugs just to help cure an injury. One of the reasons of logic may indicate that Ortiz’s single positive test was before the rule came into effect. Following that positive test, Ortiz never had another positive during the last ten years of his career.

Catcher Austin Wells could be impactful this season

The Yankees, this postseason, had to again decide whether to keep Gary Sanchez as their starting backstop for the 2022 season. Ultimately they did, teaming up the combo of Sanchez and Kyle Higashioka to handle the catching job. Meanwhile, prospect Austin Wells has been advancing in his catching skills. Should either of the starters become injured, you will surely see Wells at the Stadium until either return. Wells last season playing for the Tampa Tarpons and the Hudson Valley Renegades had an impressive season hitting .258 with Tampa and .274 for Hudson Valley with a combined total of ten home runs. It’s important to acknowledge that his batting average is far better than Gary Sanchez.

Is Voit sending a message in latest video posting?

No one on the New York Yankees team is more uncertain of his future than Luke Voit. Luke is a dynamic player but can’t stay healthy enough to be impactful. The Yankees kept him for another season, but it is unclear if he will again play at first base or end up being traded for another Yankee need. The Yankees have to decide if they will go with Voit saving money for a new shortstop or a starting pitcher. Anthony Rizzo, who played first after the trade deadline still, is waiting to see if he will be resigned. Matt Olson and Freddie Freeman have been mentioned as replacements. Meanwhile, Voit has been pictured and vocal on his social media account, keeping his name in the mix. In his last video, it showed him working out with the Red Sox Rafael Devers.

Is Stephen Ridings set for a break-out season?

The 26-year-old minor league pitcher has played for six teams in his career, gradually advancing. Last season he played in 30 games with the Somerset Patriots and the Scranton Wilkes/Barre Rail Riders and even pitched during five innings in five games with the Yankees. His ERA with the Yankees was an impressive 1.80, although the sampling was small. He dominated in his MLB debut.

Riding has a fastball that settles in at about 100mph, a wicked slider that drops off at the last second, and an above-average change. Manager Aaron Boone had his to say about Ridings.

“The stuff was impressive from the side. He had a little strut out there. We were impressed with his demeanor.”

Now the question is, is he good enough to become impactful from the bullpen in the 2022 season. If he continues to impress, you will likely see him on the mound sooner than later.

What’s going with Freddie Freeman and the Braves?

The situation with first baseman Freddie Freeman is becoming less clear by the day. Prior to the MLB lockout, the Atlanta Braves still had not resigned their star first baseman. Depending on where the Yankees spend their money this offseason, they certainly have interest in the dominant first baseman. It has been assumed that the Braves are the odds on favorites to resign him. But questions linger. Recently the Braves are examining other options.

The Braves may have made a costly decision by not extending Freeman instead of letting him enter free agency. The Braves could not lock him up with an agreement before the lockout. The sticking point may be the length of the contract. It is rumored that the star wanted a six-year contract that the Braves were not going to accept. Reports indicate he is looking for at least $180 million over six years. Although Freeman may be attractive to the Yankees, at age 32, they too may be reluctant to take on a contract that would bring him to age 38. 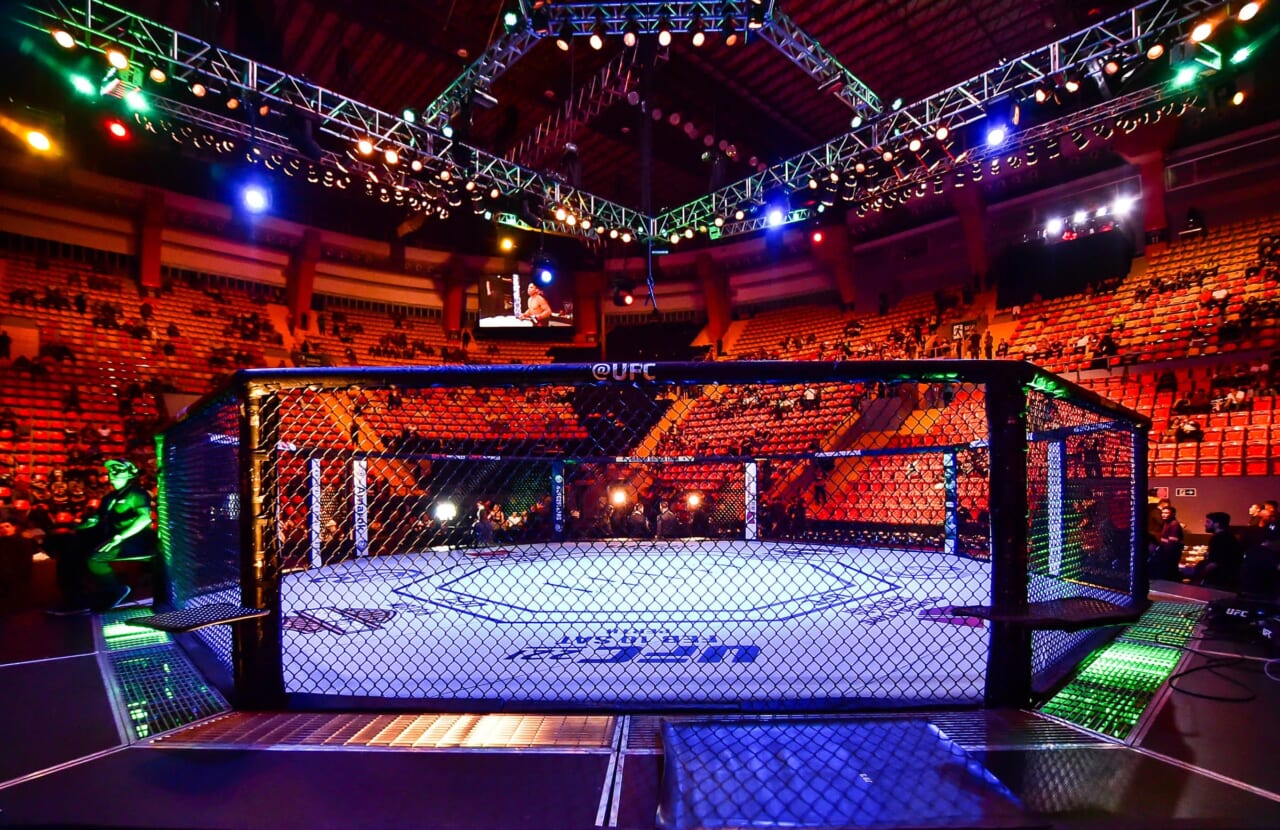 This week featured a large amount of action in the celebrity boxing realm. Arguably the greatest boxer of all time dropped a hit list featuring several high profile names. The week also featured a bout between former MLB Star Jose Canseco and a Barstool Sports Intern that left Canseco on the mat in seconds. This led some to believe the 56-year-old Canseco took a dive in order to collect a check. So with all the action, here is your celebrity boxing roundup.

Floyd Mayweather (50-0) was slated to face Youtuber and Podcaster Logan Paul (0-1) in a bout on February 20th. However, due to what both sides are claiming as â€œCOVID and Business Issues,â€ the fight has been postponed. Mayweather originally planned to fight Paul before heading to Japan to continue his exhibition slate there. Now, according to his Instagram, he has two other fights he wants following the Paul bout before he heads to Japan.

Mayweather addressed the postponement of the bout with Paul before going on to call out to other celebrities. The first challenge was thrown out to Jake Paul (2-0). Jake, the younger Paul brother, has taken the boxing world by storm to this point with, most notably, his knockout of former NBA star Nate Robinson on the Tyson v Jones undercard. Jake is slated to fight former MMA Star Askren on April 17th in what will be Askrenâ€™s boxing debut. Following that, though, it looks like Mayweather wants to take both Pauls out as he stated, â€œand if Jake can get past his next opponent Ben Asken, I will have an exhibition with him as well.â€ Mayweather went on in another post to take shots at the younger Paul and the way he treats African Americans.

Aside from the Pauls, Mayweather also issued a challenge to popular rapper Curtis Jackson better known as 50 Cent, who has had disagreements with Mayweather in the past. With the two taking verbal jabs at one another about reading capabilities and size. 50 Cent has no known professional boxing experience, but he trains with boxing often and boxed when he was a kid.

Mayweather is evidently looking to capitalize on the lure of celebrity boxing in order to make significant money, as recent payperview trends have proven that it is a viable alternative to other less lucrative bouts he could take. All three of his intended bouts shouldn’t give Mayweather too much of a challenge if he ultimately decides to fight each.

On this past Friday night, at Barstool Sports boxing event, Rough N Rowdy, the headline bout was former MLB star Jose Canseco against Barstool Intern William Cotter, better known as Billy Football. The intern is a former college football player who has spent a bulk of his time in college working for Pardon My Take, a Barstool podcast. In the bout, Billy ambushed Canseco knocking him out in the first ten seconds. This led to many speculating Canseco took a dive and threw the bout, given he said he has had a shoulder tear for 3-4 months. Canseco has been a part of speculation about throwing bouts for money in the past, and this has furthered that even more.