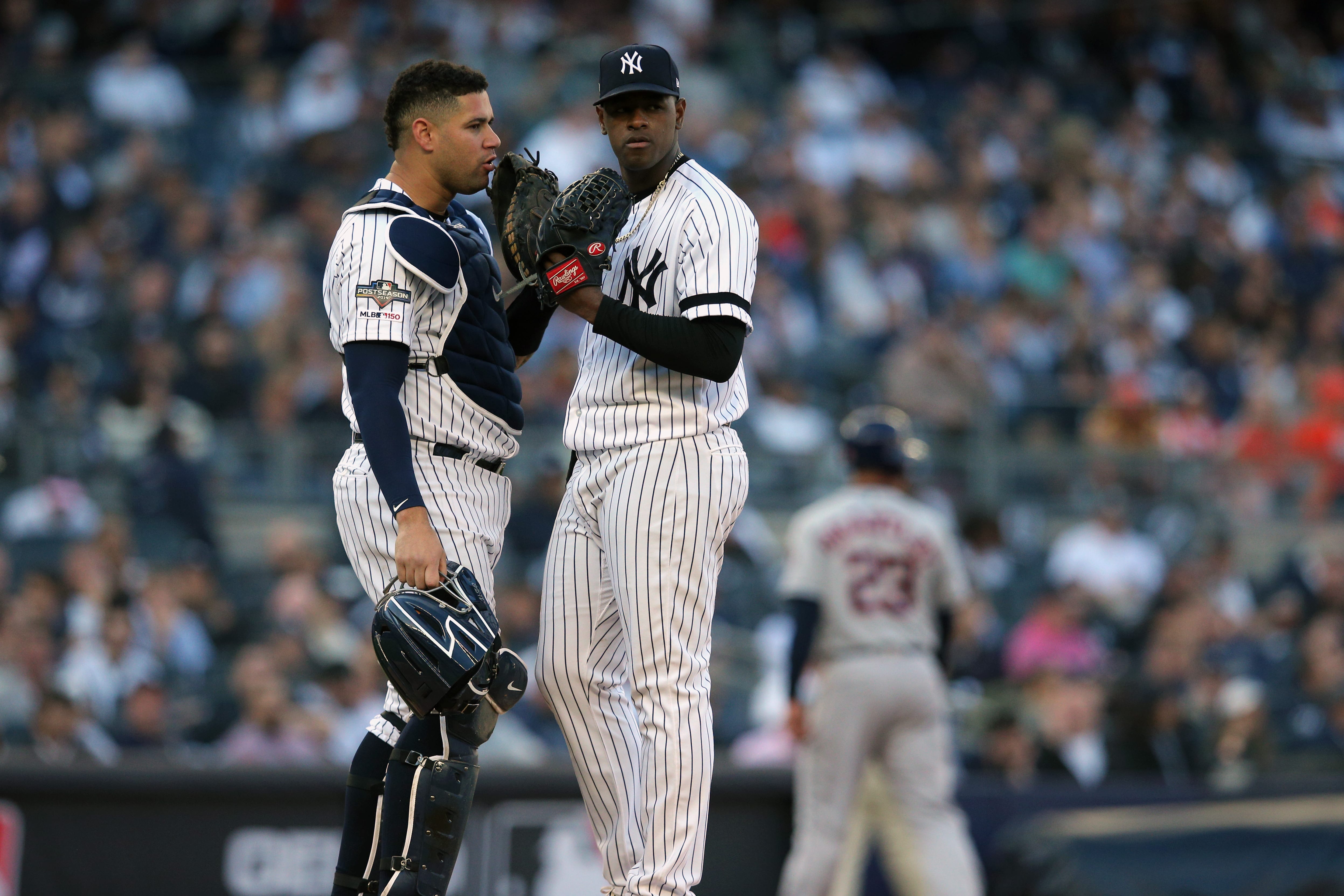 In the last few seasons, the New York Yankees starting rotation was not as well as people thought it was. Masahiro Tanaka, the teams imported ace, has been giving up (on average) 4.5-4.9 runs per game, with an adjusted WAR of -0.1, averaging a .500 record over that time span. Luis Severino is still trying to figure himself out. And while CC Sabathia is now retired, he… uh, wasn’t great.

Gerrit Cole is a big upgrade. Like… such an upgrade that we catapult ourselves to the top of the league in terms of starting rotation. Our starting 4 looks like this:

Boy howdy do we have options.

We don’t know yet what’s going to happen to Domingo German. Chances are if MLB levees a suspension against German, he’ll have a reduced sentence for time already served. But that will mean we need to figure out how to bridge the gap between then.

Jordan Montgomery would be a great filler, but we’re talking about a team that developed the Joba Rules, shut down Phil Hughes during the best season he had as a Yankee starter (screwing him up for the end of his tenure), and at least one massive implosion from more than one member of our bullpen at the WORST time every year for the last 5 seasons. They aren’t going to let Montgomery throw more than 150 innings next year.

What would be a smart move is to have Monty serve as an opener. We know Monty can go more than the one inning they let Chad Green go on average last season. Slowly building him up to 5 innings, and complimenting him with Happ (if we can’t move Happ) would allow us to save our pen throughout the entire season, which would mean they get to stay fresher during a push into October.

We finally have a starting rotation that can complement one of the best bullpens in the game. Everyone should be happy about this! I know I am.