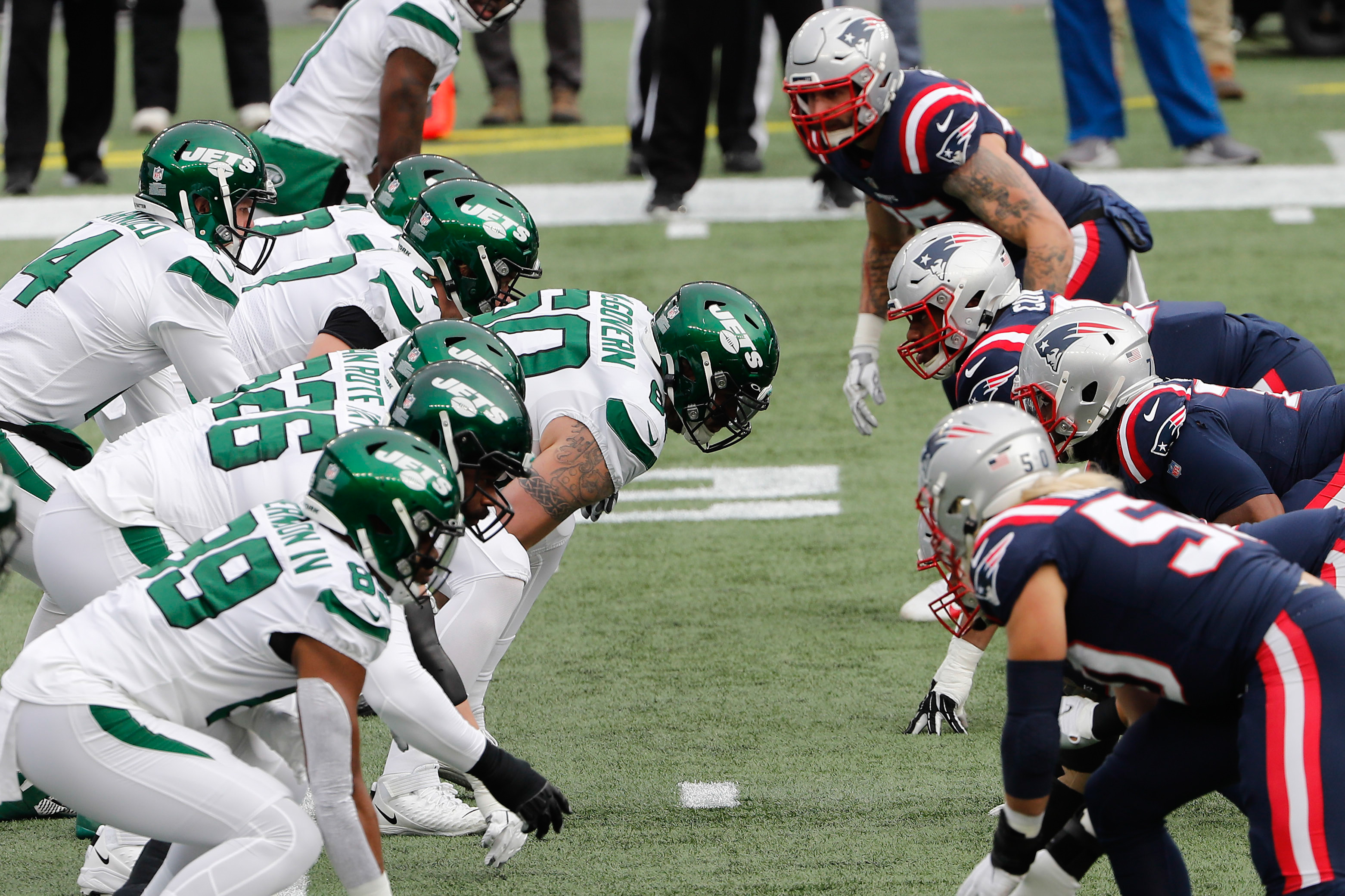 Reeling from several injuries from their opener, the road ahead gets no easier for the New York Jets, who face an angry Patriots squad.

If one were scripting the Robert Saleh era for the big screen, the subplot of his Jets opening up their MetLife Stadium slate and harkening the return of fans against the hated Patriots would likely be rejected for its lack of subtlety. Nonetheless, it’s what the powers-that-be at the NFL asked for.

There would be no better way to welcome supporters back and kick off the Saleh era on the right note than ending several dubious streaks against New England. The Patriots haven’t lost at MetLife Stadium since 2015. Their last regulation loss on Route 3 came in MetLife’s current parking lot, then known as Giants Stadium, in 2009. Overall, the Patriots have won ten straight against the Jets. Even New England’s struggles in year one A.B. (After Brady) weren’t enough for the Jets to steal a victory, though they needed every inch of clock to win the November showing in the Garden State.

One of the attainable goals for the modern Gang Green should be to earn a showcase victory or two, a throat-clearing gesture that would warn the football world that this isn’t your father’s Jets, your older brother’s Jets…heck, your twin brother’s Jets. Finally flipping the script on this one-sided rivalry would certainly be one way to do that, especially with green fans walking through MetLife’s turnstiles for a meaningful game for the first time since December 2019.

But circumstances aren’t tilted in the Jets’ favor: the 2021 NFL season is only a week old, but the Jets have suffered at least a month’s worth of medically-induced calamities, one that that has turned their injury ledger into the top of a depth chart. Everyone knew that Carl Lawson and Jarrad Davis wouldn’t be ready to go for the return to East Rutherford but the kickoff contest in Carolina erased Mekhi Becton, Lamarcus Joyner, and Blake Cashman, each of whom landed on injured reserve. Another fallen starter, linebacker Jamien Sherwood, avoided major catastrophe, but will still miss New England’s visit.

The makeshift Jets deserve a lot of credit for what happened in Carolina, particularly in a second half won by a 14-3 margin. Alas, in what’s set to become a recurring theme in 2021, many of the green victories won’t be seen on the scoreboard. Asking this ragtag group, one that has already had to seek sizable help from abroad, to not only exorcise some bad Boston-based juju but to conquer a Bill Belichick-led team that’s no doubt still peeved over dropping a winnable divisional contest is too much at this point.

The Jets’ future fell just short to their past Sunday, as Sam Darnold and the Panthers came away victorious in a 19-14 final. While they didn’t get the win, there are some positives to be taken away regarding the offense that should have them excited for the home opener against the Patriots this weekend.

For starters, Zach Wilson looked poised, collected, and exciting. He made those eye-popping throws that fans rave about, most notably ones that were caught by Corey Davis for a touchdown and a potential deep-gain that was dropped by Elijah Moore. The downside of seeing him make those throws? They almost all came after horrible blocking and breakdowns by the offensive line.

The offensive line needs to hold up better against New England, a task made all the more difficult now that Mekhi Becton is out. The offensive line should play better throughout, though, and won’t be the deciding factor: that burden instead falls to the defense.

The young secondary played well in Week 1 and the Patriots’ receivers aren’t as lethal as they were in years past, so that should be encouraging. However, the Jets are going to have to bring more pressure against Mac Jones and make him uncomfortable because if they don’t, he’ll dissect the defense. If that happens, game over.

The biggest thing the Jets’ defense has to do, though, is what they didn’t do against Carolina: they allowed 93 receiving yards to Panther running backs (namely Christian McCaffrey). The Patriots have James White, who had six catches in Week 1’s loss to Miami. Linebackers will need to make watching the running backs, even during passing plays, a priority.

The Jets will have their work cut out for them against a team that has, putting it nicely, had their number for the last decade-plus. With defensive injuries to linebackers Blake Cashman and Jamien Sherwood and safety Lamarcus Joyner, they’re thin. The offense will play better but the defense will seemingly have some difficulty.

The Jets dropped Sunday’s opener to the Panthers in a 19-14 outing. Gang Green came out of the gates with a first half that could be described as abysmal at best. Blockers failed to protect Zach Wilson, who had little to no time in the pocket. The defense was worn out as the Panthers controlled the time of possession throughout the first half.

In the second half, though, we saw a different team. The offensive line still struggled, but the team finished the game with momentum. Heading into Sunday, the Jets’ two largest challenges will be the offensive line and containing tight ends Jonnu Smith and Hunter Henry. The Jets’ defense should have a chance to capitalize on the inexperienced Mac Jones, especially if the secondary can replicate Sunday’s second half performance. Ultimately, I foresee a tight game that ends with the Patriots narrowly etching out the win.