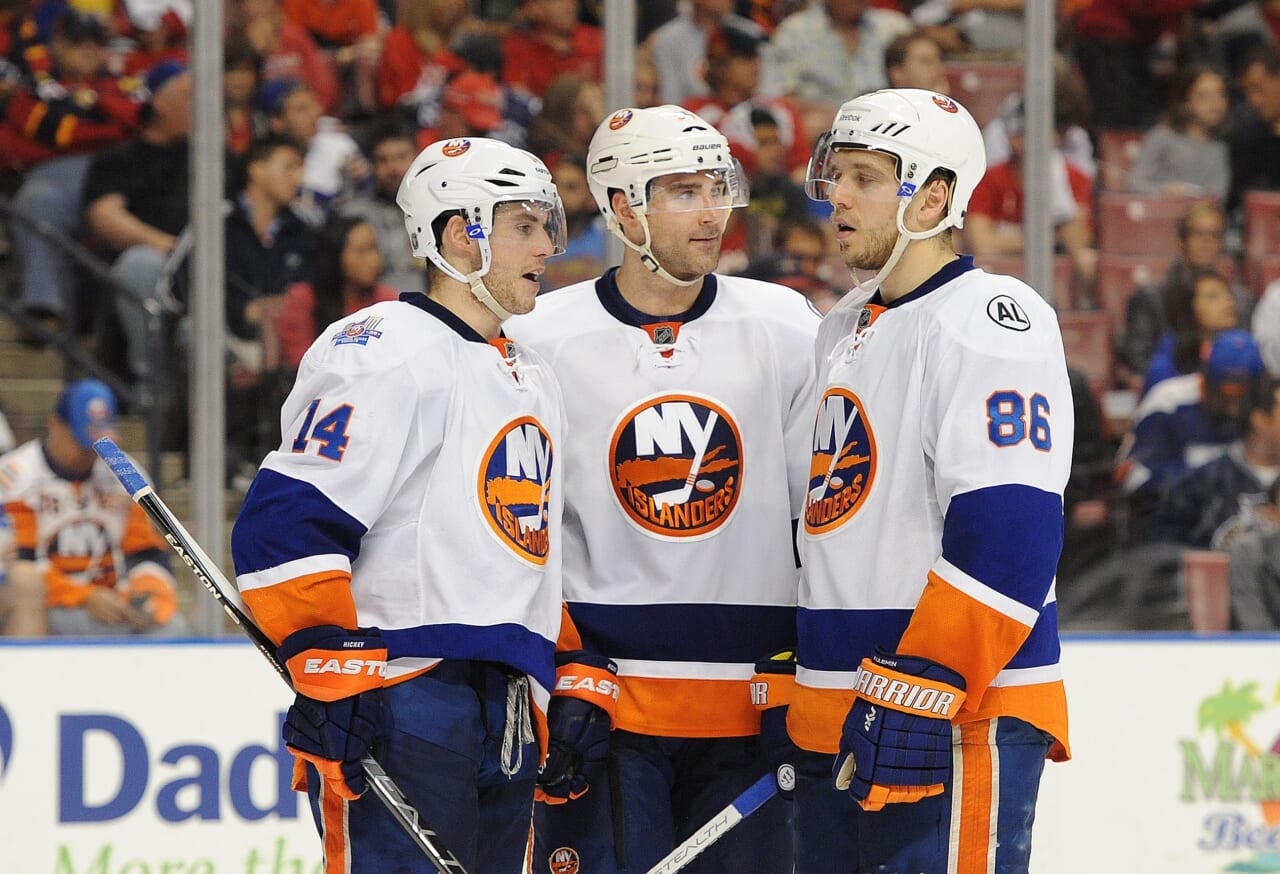 In any sport, there are always moments in a long, grueling season where a team is forced to come together.

For the New York Islanders, that moment occurred Tuesday night when, in an embarrassing 6-2 pasting by the Montreal Canadiens, defenseman Johnny Boychuk took a skate to the face from the Habs’ Artturi Lehkonen that left him face down on the ice before he got up and rushed straight to the dressing room.

Somehow there was no bloodshed, but the rest of Boychuk’s teammates were severely shaken by what they just witnessed.

Johnny Boychuk takes a skate to the face. Jesus. pic.twitter.com/VTmwWblh6e

“I think he’ll be OK, but it doesn’t matter, it’s a scary situation,” team captain Anders Lee told the New York Post’s Mollie Walker after Tuesday’s game. “You hate to see that happen. It happens quick, skate to the face. I think that’s where all our minds are right now for sure.”

Boychuk was fortunate enough to have Lehkonen’s skate just miss his eye, instead having it catch his eyelid, which resulted in him receiving 90 — yes NINETY — stitches yesterday.

“It’s a scary moment and obviously he’s a close friend of all of ours,”Â Josh BaileyÂ said. “You never want to see that happen to anyone. We were all really worried about him. When something like that happens, it’s really tough to keep playing after that. You’re worried about him and we heard some news that it looked like he’d be okay on the bench and then after the game he sent a nice text to all of us. We’re definitely happy to see him doing well.”

The Calgary native also thanked everyone who reached out to him to make sure he was ok after such a scary situation.

Thank you to everyone for the positive messages and thoughts! I am extremely grateful. Please know they did not go unheard. Luckily for me the skate only cut my eyelid. Sorry for the late response…facial recognition wasnâ€™t working… thank you again my friends. Johnny B

Islanders g.m. Lou Lamoriello met with the media yesterday and confirmed that there is no timetable for Boychuk to return. Rookie Noah Dobson will now get his chance to play in Boychuk’s spot — his strong side — as opposed to having to adjust to playing his weak side throughout this season. Lamoriello also said it’s possible that veteran Thomas Hickey, who has battled his way back from injury in Bridgeport, might be an emergency recall. He also doubled-down that he has full confidence in his group despite some of the significant setbacks recently.

“I have total confidence in this group,” Lamoriello told reporters yesterday. “I don’t think we would’ve made any transactions [before the trade deadline] if we didn’t have belief in the group that we have here and giving them some support.”

Beyond being able to replace the 36-year-old Boychuk and his strong presence in the lineup, the Isles need to use his absence as a rallying cry these last 17 games. They’ve already been down other d-man Adam Pelech since the new year and are still without fourth-line center Casey Cizikas for possibly another week or two. The team is hanging on to their wild-card spot by a thread right now, and they’ve been punched in the mouth the last two games being outscored 10-2.

Also, Boychuk now being sidelined as opposed to Pelech, and Cizikas takes on a bit more from a mental perspective for an Islander squad that isn’t ripe with a ton of veteran leaders.

Yes, there’s Lee, who is the captain and Cal Clutterbuck, who just returned, but Boychuk is one of those veterans who has the ear of the locker room and has ever since he arrived on Long Island at the start of the 2014-15 season. His rough-and-tumble style has been the identification of what it’s meant to play Islander hockey. And his ability to just rocket a shot from anywhere beyond the dots is still one of the most underrated aspects of his game. Maybe other than Ryan Pulock do the Isles possess a player who has a weapon in his arsenal that can change a game immediately.

The Islanders are going to need all hands on deck now the rest of the season in the aftermath of the Boychuk incident. Missing the playoffs after a scary situation like this would be another devastating blow to what has been a trying past couple of months for the organization.

That can’t happen. This franchise has persevered through so much over the last year and a half, and now they need to do it again without one of their most important players.

The Islanders need to come together now with Boychuk missing, and it starts tonight in Ottawa. It’s what he would want. And, it will go a long way towards where this team wants to be.