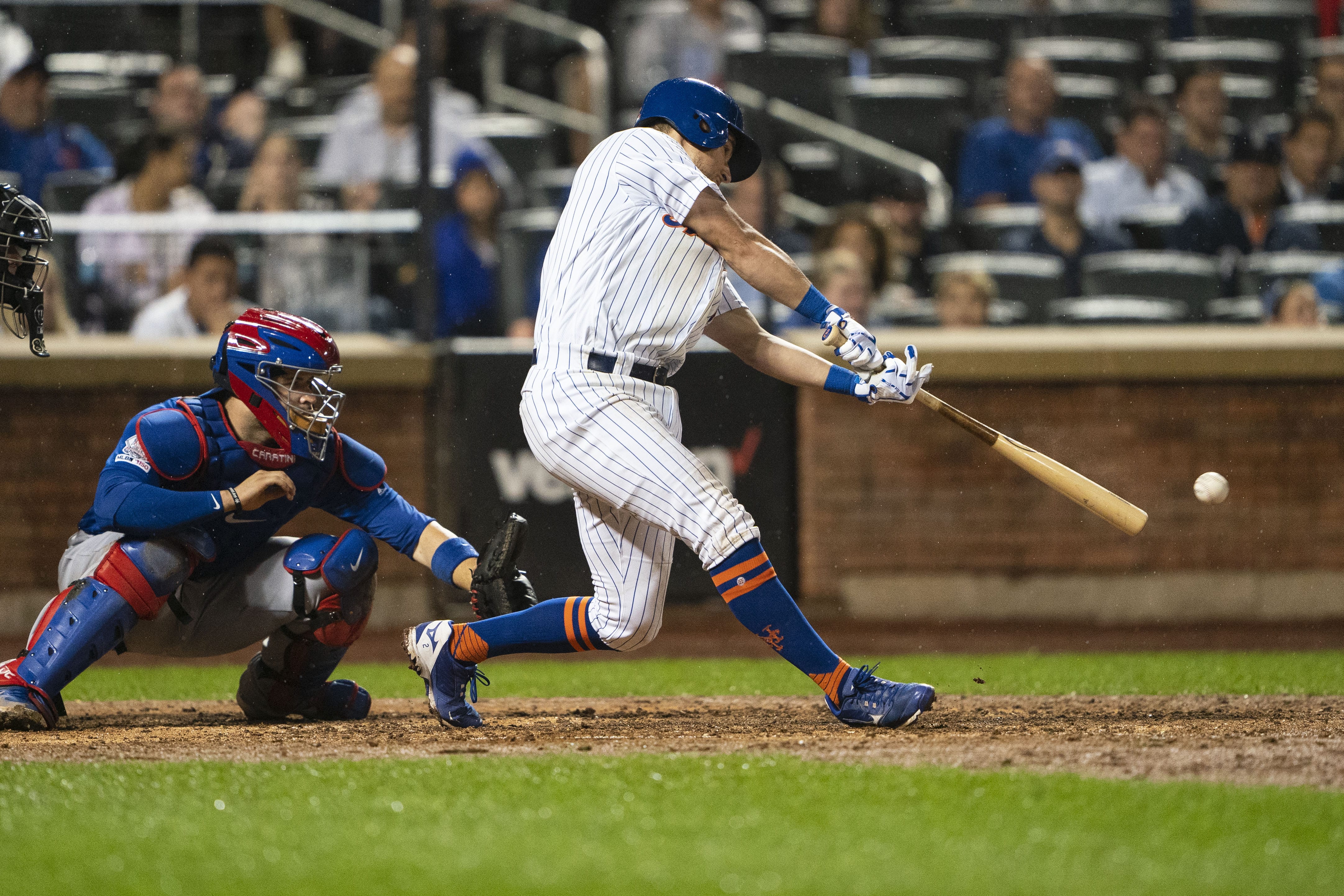 Veteran Giants second baseman Joe Panik made the transition to the hometown New York Mets for the last couple of months in 2019. With the Mets infield full, he has moved above the border to attempt to resurrect his career with the Toronto Blue Jays.

Panik spent 39 games in Queens, where he hit .277/.333/.404 with two home runs and 12 runs batted in. The Mets signed Panik after Robinson Cano went down with a hamstring injury, and the Giants let him go at the perfect time for the Mets to scoop him up.

Third Team in Less Than a Year

Panik once was a staple of the Giants championship-caliber infield. His stats fell off after his All-Star season in 2015, and the deep alleys of Oracle Park did not play well Panik’s lack of power. Panik’s hard contact percentage increased over the last four seasons while his strikeout rate remained consistent.

Bo Bichette and Cavan Biggio have the middle infield spots locked down, but Panik’s veteran presence will be a good influence for a Blue Jays team on the rise. He can step into the role Eric Sogard played in 2019, where he resurrected his career and discovered the power in his bat. The signing is also a good backup plan in case Biggio runs into a sophomore slump this season. 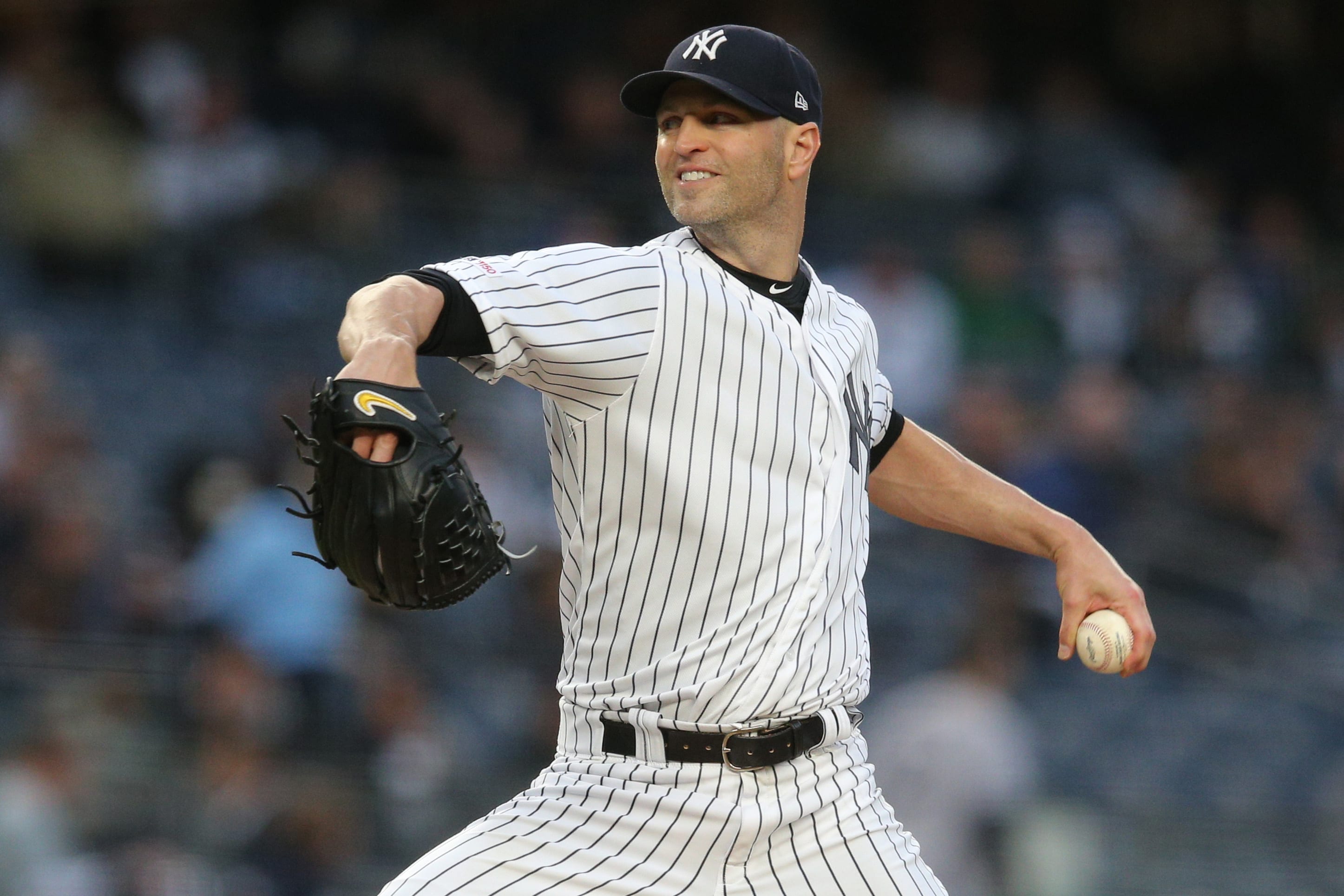 With pitchers and catchers reporting to spring training in a few weeks, the remainder of the offseason will feel accelerated. The new year is right around the bend, and New York Yankees general manager Brian Cashman has already activated his most significant action this period with the signing of Gerrit Cole.

Now, the priorities land on adding diversity and unloading salary space to make room for Cole and his $36 million per season. That’s where J.A. Happ enters the fray, as his $17 million per season doesn’t seem required anymore after posting a bloated 4.91 ERA in 2019.

Do the New York Yankees need to replace Betances, even if it’s Hader?

The Yankees aren’t trying to get rid of Happ since he’s a capable pitcher who played well in 2018. It’s more about money. At 37-years-old, the lefty pitcher is expendable, as the Yankees try to lessen the inevitable luxury tax penalty they will face. Shedding their No. 5 pitcher, which is where Happ would have landed in the rotation (Jordan Montgomery can easily replace him), makes sense. The Blue Jays and Brewers have both been linked to Happ as the Yankees search for a team that is willing to consume his contract.

With a majority of the Yankees’ projected lineup next year bring right-handed, the search for a lefty hitter has become pressing. The departure of Didi Gregorius has left Brett Gardner, Mike Tauchman, Tyler Wade, Mike Ford, and Aaron Hicks as lefty options, but most of them are reserves.

Veteran infielder Joe Panik has been floated as an option, but he’s more of a defensive threat than an offensive producer. Add Kyle Schwarber to the mix, a player who launched 38 homers last season, and the Bombers have two targets in their sights. Trading for Schwarber might force Cashman to part with more capital that he would theoretically desire, but the Cubs’ top slugger might be worth the price.

The New York Yankees could have a problematic offense with the lack of lefty hitter infused into the hitting order. However, Buster Olney of ESPN has reported that they could be interested in Mets’ Joe Panik.

As the Yankees explore ways to have more left-handed balance on their roster, one option they’ve discussed — among others — is adding Joe Panik in free agency, to be part of their infield mix.

Panik played in 142 games last season, logging 491 at-bats with five homers and 39 RBIs. His offensive production isn’t noteworthy, but he has potential and can be of use for a Yankees team looking for reserves. During the first half of the 2019 season with the San Francisco Giants, Panik was defensively stout, earning a .992 field percentage over 90 games at second base.

What are the Yankees looking for in Joe Panik?

The Yankees are looking at him as a reserve infielder with an optimistic bat. With Tyler Wade and Thairo Estrada waiting in the wings, this would be a low-risk move to add some diversity to the batting order. Alternatively, they could focus on a power hitter that would reinforce the homer-run centric mentality the Yankees feature nowadays. Kyle Schwarber of the Chicago Cubs fits the bill, but he would need to be packaged in a trade, and GM Brian Cashman is unwilling to give up top prospects for a player that wouldn’t start.

The Yankees currently only have four lefties on the roster, none of which are expected to start in 2020 except for Brett Gardner while Aaron Hicks recovers from Tommy John surgery. Aside from Gardner, the Bombers retained Mike Tauchman, Mike Ford, and Wade. Adding another player is necessary, and we should anticipate some movement in the following days. 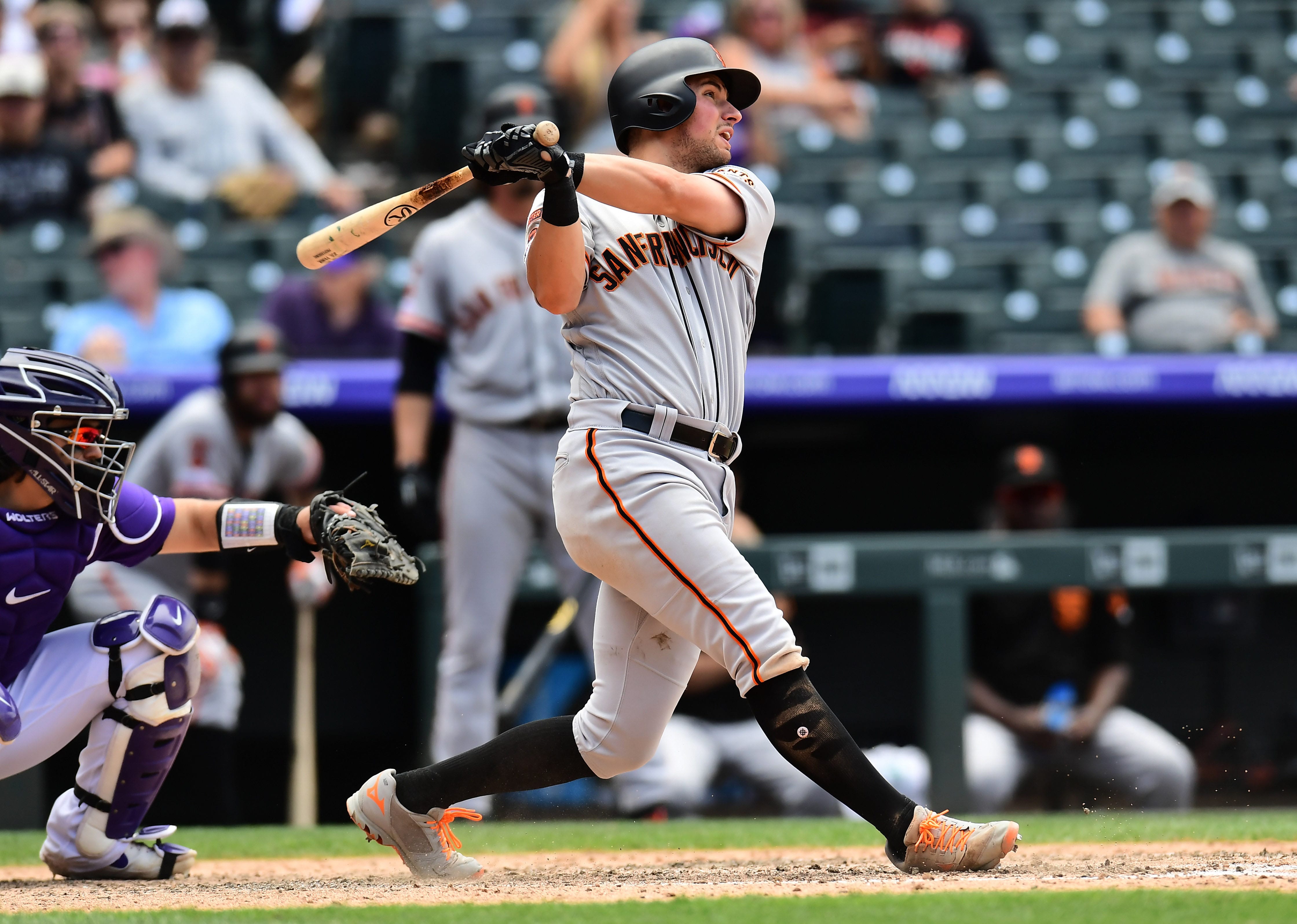 The local boy, Joe Panik, had the chance to play in his home state after Robinson Cano got injured late in the season. He moved from the San Francisco Giants to the New York Mets and made the transition look easy. Panik provided the stability the Mets were searching for while Cano was out.

He made his was to the Mets on August 9, after he was released by the Giants. Panik played in just 39 games with the Mets but was key part of the Mets late season run. He hit .277 with two home runs and 12 RBIs in 94 at-bats during his time as a Met. Whether it was stability with his glove or the Mets needed a bat off the bench, Panik embraced his new role with the Mets.

Panik was anchored at second base for the Giants since the 2015 season. His production declined over the last couple of seasons which led to his eventual release by the Giants. It seems unlikely he will end up with the Mets again due to their abundance of infielders along with other franchises potentially offering Panik a starting role.

Hitting for Contact: C+, only had nine strikeouts and was a good bat to keep in the lineup

Hitting for Power: D, Never has been much of a power threat anyway

Fielding: B-, Sabermetrics rank him as average, but to the eye it did not seem like it

Baserunning/Speed: C, not too much info to work with here. Did not attempt a stolen base, but made a couple good base running decisions.

Intangibles: A, World Series champ had a good influence on the club while he was here

Overall: C, He was not bad, but was not amazing either. He had a role to fill and he did a great job taking over second base while Cano was on the shelf. Panik should be able to land a big league job with another team in the offseason. 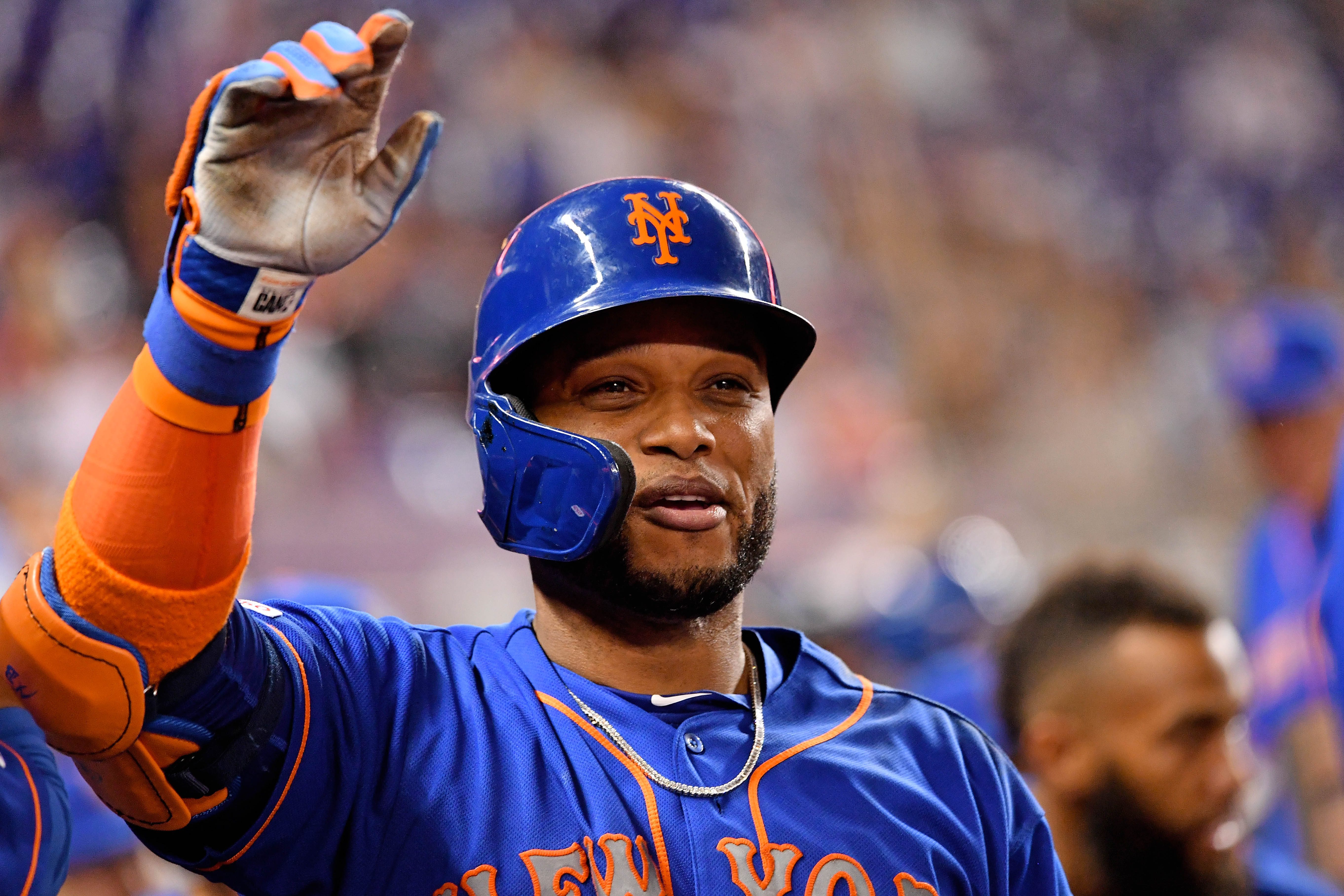 When Robinson Cano went down with a torn left hamstring on August 5th, it seemed to be a disappointing end to a subpar season. At 36-years old and having dealt with leg injuries all season, there was no reason to expect to see him play second base again this season. Cano has moved quickly through his rehab assignment and expects to return to the Mets on Tuesday.

He did not get a hit but was able to get down the line 👍 pic.twitter.com/hAdYocbH8z

Cano went 2-for-7 during his two games with the Brooklyn Cyclones and was running without any issues. He will join Brandon Nimmo as the latest Mets reinforcement returning from the Injured List. Despite a disappointing first season with the Mets, he had been 10-for-19 in the five games before he injured his hamstring.

With Cano’s return the Mets now have a surplus of second basemen, including Jeff McNeil. With Cano and Joe Panik on the roster McNeil will be relegated to third base and the outfield. Since Panik has joined the Mets, he stabilized the position Cano left empty. As a Met, Panik is batting .260 with eight RBIs and played solid defense, but will likely lose some playing time to Cano.

Cano provides more power and a bigger presence in the Mets lineup. Since Cano has returned ahead of schedule, the Mets are going to be extremely careful with the amount he plays. Panik will still allow the Mets to have a quality bat off the bench and a capable replacement should Cano tweak the hamstring again.

The Lineup They Have Been Waiting For

Inserting a healthy Cano on the roster gives the Mets lineup the depth they have been missing all year. At their potential it could look something like this:

Play with the order as you may, but any combination could match up with any team in baseball. It may be too little, too late, but the Mets are going to give it their best run until they are mathematically eliminated. With a lineup like that, they give themselves a chance to pull off a miracle.

Longtime San Francisco Giants second baseman Joe Panik will soon become a free agent after they designated him for assignment. Once he clears unconditional relief waivers, any team can sign him without picking up the rest of his salary. With a major hole at second base due to Robinson Cano’s hamstring injury, should the New York Mets sign him?

Panik is a local kid who attended John Jay High School and St. John’s University. His production since 2017 has declined sharply, with his average dropping from .288 to .254 to .235. Panik’s release was also due to the acquisition of Scooter Gennett from the Cincinnati Reds at the trade deadline.

Will Mets push the Panik button?

He would solidify the major hole left on the roster and deepen the lineup until Cano or Dom Smith are healthy. Since Cano went down with his hamstring injury, Mets six through eight batters are just 4-for-42. To beat the Washington Nationals and Atlanta Braves, they cannot rely on Adeiny Hechavarria, Luis Guillorme, Aaron Altherr and Juan Lagares to steady the bottom of the order.

Is it Time to Panik?

By no means is Panik the solution for the Mets future past 2019, but he is still 28-years old. He is a former World Series champion, All-Star and gold glove second baseman. There should still be plenty of good baseball and the opportunity to come home and play in a playoff race could rejuvenate him for the rest of the season.

The other option the Mets have is Ruben Tejada who has been stellar in the minor leagues this season. He is hitting .345 with a .498 slugging percentage and would be a solid replacement should the Mets make room on the 40-man roster for him.

Either route the Mets choose would fill the role better than the options they have now, but Panik may have the upperhand due to the success he has had in the past.