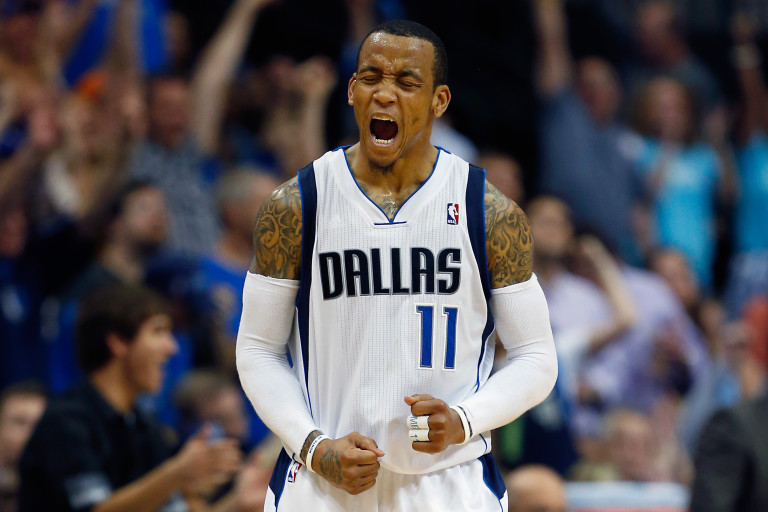 A year before Impact Basketball was born, Joe Abunassar took a trip to Jackson, Mississippi, to see the city’s top high school prospect.

Abunassar was one of the first few people who saw and nurtured Monta Ellis’ basketball gifts.

Ellis, the 2005’s Mr. Basketball USA, a McDonald’s All-American and a two-time 4A state champion in Mississippi, packed his bags and stayed with Abunassar at the famed IMG Academy in Bradenton, Florida, to prepare for the 2005 NBA Draft.Â

A few months later, the former Lanier High School star became the 40th pick, and it was just a matter of time before he showed the NBA what Abunassar saw in him.Â

More than a decade and a half after their first meeting, Ellis and Abunassar were back on the court again, just like the old times.

“He was in shocked that my kids are now in college,” Abunassar told Empire Sports Media on a zoom call. â€œWhen Monta first came to me, they were three and four, two, four years old. We spent a lot of time just catching up.”

Dagger Basketball Agency’s Derrius Nelson, Ellis’ business manager, reunited the 13-year NBA veteran with the trainer who helped him jump straight to the NBA from high school in the hopes that they could rekindle that magic again.

The 35-year old Ellis is attempting to make an NBA comeback, and after spending a week at Impact Basketball, teams have started to call Abunassar to check if the 2007 NBA Most Improved Player still has some juice left. The top NBA trainer said he’d fielded phone calls from four to five teams asking how Ellis did. He will send out tapes of the workout to several NBA teams.

According to a league source, the Dallas Mavericks and Houston Rockets are two of those teams who are interested in bringing him for a workout.

“Most of the teams who knew he was here was simply asking me what do I think, how was Monta,” Abunassar said.

“I think what teams are doing now are figuring out when and where they will bring him in. My goal is just to get him to a place where he could work out. They can make their own decision because the thought of being away for 3 to 4 years is a little different but when you see him in the gym and see the things that heâ€™d been doing here then maybe itâ€™s a little bit closer to maybe this is something that will be good to our team.”

After some catching up, they buckled down to work. Ellis proved to Abunassar that he still has a lot left in his tank.

“The basketball part was easy. We just got into court and we have this good chemistry. He has a lot of respect for me and it goes both ways. I respect how he approached his career and really how far heâ€™s come from the young guy in Jackson that I used to have to get on a little bit to work,” Abunassar said.

The NBA trainer was impressed by how to fit Ellis was, considering that he hasn’t played competitive basketball in a long time.

“His fitness level was very good. From a trainerâ€™s perspective, the years that he didnâ€™t play actually saved his legs a little bit. So talking about how old he is, you have to kinda subtract those years he didnâ€™t put a wear and tear on his body,” said Abunassar. He is at the fitness level that I expect what a veteran (player) would have this time of the summer. Certainly not ready to play 82 games but you know they canâ€™t be that but just give them the right time. But his body is lean and fast, his conditioning was very, very good. Of course, I pushed him to go at a higher level every day knowing that we have three to four weeks left before training camp begins so that he could gain a little bit more of what we would call basketball fitness.

Abunassar saw Ellis still has it all after watching him score the ball in a myriad of ways — handoff, playing off the pick and roll, playing fast, playing off angles — in simulation drills against the defense in NBA speed. They mixed individual drills — shooting, running, sprinting, ball handling — with live-action playing 5 on 5, some 3 on 3, and 2 on 2.

“Thereâ€™s not much teaching at this stage of his career. Itâ€™s just really about getting in reps, getting him back to the things heâ€™s really good at doing,” Abunassar said of the workout.

“You know, the NBA is simplified with attacking hand off, dribble hand off series, off closeouts and transitions other than the two or three guys maximum on each team who handles the ball so much like the Chris Pauls, the James Hardens, Luca Doncics. When Monta comes back, I donâ€™t expect him to be the primary ball handler. So we worked out that a lot â€“ attacking closeouts and making 3s and just doing it efficiently and doing it with the NBA speed and defense.”

After one of their daily workouts, Ellis and Abunassar just sat on the baseline and talked for about an hour, reflecting on how the game has changed since he left and how far he’s come in his career. They talked about what teams are looking for at this stage of his career, goals, family, and son, who is into basketball and one day will also train with Abunassar.

Ellis has fully embraced the reality that his days as primary ball handler and scorer are over.

“Nowadays, a team would rather take 19-20 years old who have a chance to be good than a 33-year old who is good. Itâ€™s just the way teams are building their rosters. Itâ€™s something I tell guys that when you come back, you have to come back as a different guy,” Abunassar said. “Youâ€™re not the same guy when you left. Figure out what the team needs. Figure out what win games. You look at some of the teams who picked up key veterans like PJ Tucker last year. Guys like that who are a key piece to a championship team or a winning team. Just figure out exactly what you can provide.”

“So, letâ€™s say Monta, who was a high-level scorer, goes to Dallas or to whatever team that is stacked, Iâ€™m just picking a team [to illustrate]. But to have guys like Doncic who scores a lot and Tim Hardaway Jr., so itâ€™s not like heâ€™s gonna come in and be the top two scorers. And secondly is to get your body to elite shape. Thatâ€™s always the biggest concern for teams. Can their bodies withstand the long season or just good for 20 games?”

Ellis proved he can still handle the rigors of an NBA lifestyle. Abunassar marveled at his warrior mentality and work ethic, which didn’t slow down all these years.

“Itâ€™s interesting that during his third or fourth day that he was here, heâ€™s received a lot of pounding to his body and heâ€™s little fatigued. Monta was able to power through the workouts and pushed through while some of the young guys folded up. Thatâ€™s just a different mentality. He wouldnâ€™t have done what he did in the NBA without that approach,” Abunassar said.

That mentality has pushed Ellis to turn from a second-round pick whose size and position was a big question mark to the Most Improved Player of the Year during his sophomore year. He became one of the most exciting scorers in the league peaking at 25.5 points per game during the 2009-10 season. He also transformed from an explosive scorer to a dynamic playmaker with two seasons averaging 6.0 assists per game. In six of his 13 seasons, he averaged more than five assists per game.

What Abunassar saw last week was a better version of Ellis.

“I think what we proved when he was here last week is that he still has the ability to score the ball at a high level. Obviously, heâ€™s older and more mature. Maybe a little more experienced, more efficient. He was a great scorer back in his prime years. What he showed here is he still has that ability to score the ball in a very efficient manner. I think the biggest bonus is the experience, the maturity, the professionalism and the understanding of all the little things that some of the young guys donâ€™t understand yet,” Abunassar said.

Ellis has embraced being an NBA veteran sharing his wisdom and tricks of the trade to the younger guys during his week-long training. Abunassar said Ellis talked to the younger players and gave them tips on how to play and attack angles, among other things.

“I think his influence on the young guys are terrific as well. Every team is looking for a good veteran. Guys who understand their roles and guys who could come up in big games and guys who could put in 15 points in 15 minutes. Thatâ€™s something Monta can do,” Abunassar said.

In an earlier interview, Ellis said he’s in the best shape of his life both physically and mentally, two things that he failed to put together during his last stop in Indiana.

“I think if he can get into a camp and show what he can still do, he has a great chance,” Abunassar said.Â  “The good thing about Monta is heâ€™s not doing it for the money. He wants to play. Heâ€™s willing to go in and let teams see him on how he looks. People forgot how good Monta was â€“ how he could score the ball, how efficient he was. His approach and attitude, his passion for the game.”

That was on full display to the younger NBA players who were in Abunassar’s gym last week. Ellis not only loves the game but also the grind behind it.

“One of his comments before he left was how much is your willingness to the training part of it,” Abunassar said. â€œI think that is critical because everybody loves playing game. But how much do they love about the work thatâ€™s gonna have to go into it in to get back to the fitness level and get their body right. He told me that he missed the work more than anything. He really enjoys the process.”

Time flew so fast. Abunassar’s kids have grown so much. His Impact Basketball is now 15 years old. Ellis is no longer the 18-year old skinny, naive kid Abunassar met in one of his training trips around the country. He’s now a 35-year battle-scarred veteran on and off the court.Â But some things never change.

“Itâ€™s really a pleasant experience to have him back. Heâ€™s always been. Heâ€™s always been one of my favorite guys â€“ that simple Jackson, Mississippi Monta Ellis who is not complicated and who loves basketball,” Abunassar said. “We have a lot in common.”

Abunassar is more than a trainer to Ellis. They are kindred spirits. Ellis’ basketball career has come full circle with Abunassar. They are hoping their second partnership could forge another path to the NBA.