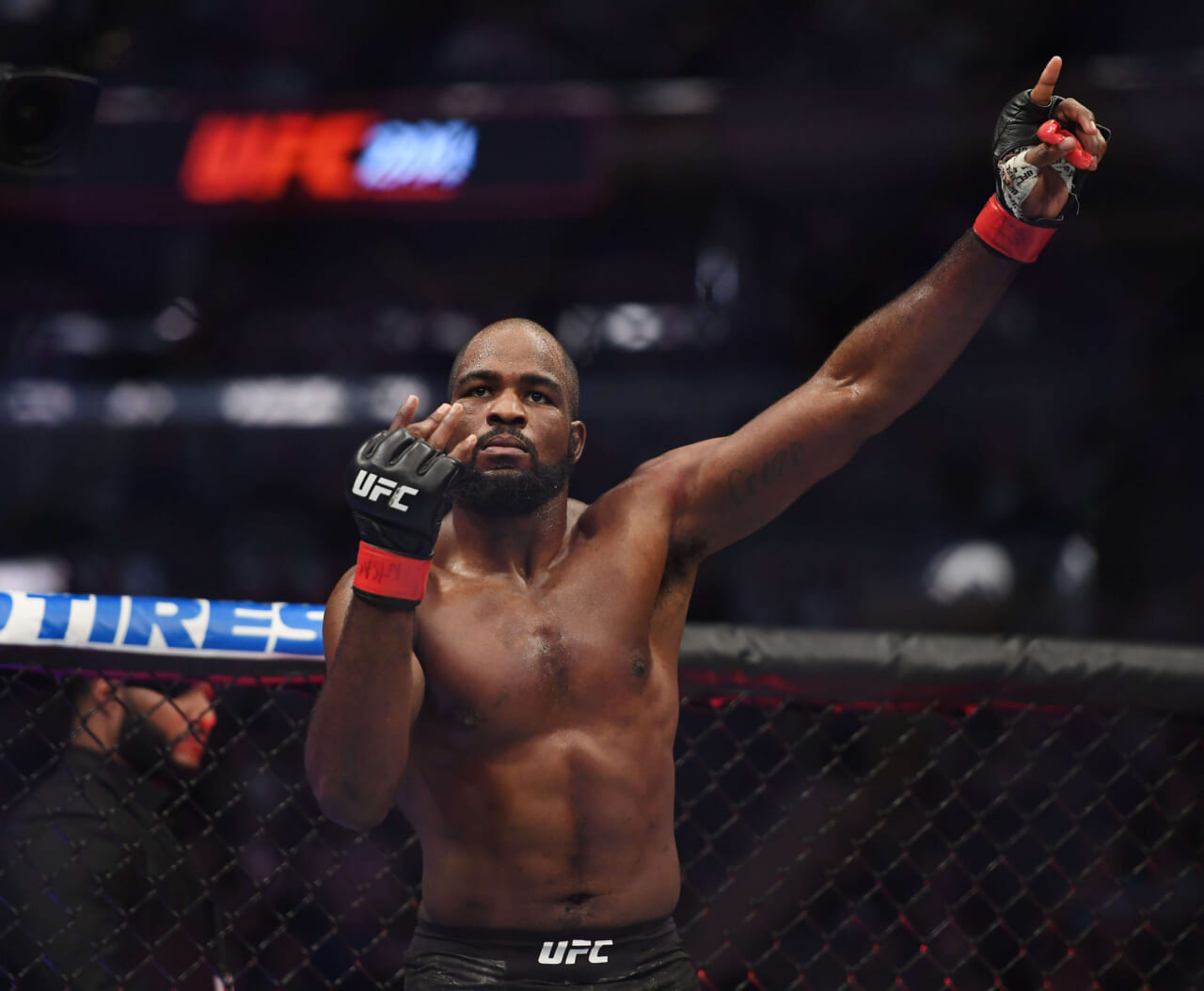 2020 turned out to be an eventful year for Bellator‘s Corey Anderson (14-5). When the year started, Anderson was one of the top contenders in the UFC’s light heavyweight division. He appeared to be one win away from a title shot.

However, Jan Blachowicz (27-8) starched Anderson in February to claim that top contender status. After Anderson was knocked out, he had a series of health concerns that kept him from competing. These health scares also had him reevaluate his career.

Anderson decided to go to the UFC and ask for more money. When the promotion wasn’t willing to, he asked for a release to be able to look around in the market. The UFC released Anderson and Bellator signed him almost immediately.

It turned out to be the first of several moves like this for Bellator. After signing Anderson, Bellator would go on to sign Yoel Romero (13-5) and Anthony “Rumble” Johnson (22-6) after they were released from the UFC.

In fact, it’s so good that Anderson believes it’s the best on the planet. Anderson told MMA Fighting, “I just feel right now Bellator has the upper hand. Jones has left. Theyâ€™ve got these hype trains. These young guys UFC has coming in theyâ€™re trying to hype up but I feel like their legitimacy arenâ€™t like the vets that were there that are in Bellator now.â€

Bellator or the UFC?

If we are going to go on pure name recognition, it’s hard to argue Corey Anderson’s point. Bellator has some serious name power in their light heavyweight division. However, it is the best in the sport?

In all honesty, if you’re looking at the totality of their top five, it might be. The UFC’s top contender is Glover Teixeira (32-7) who was knocked out in 14 seconds by Anthony “Rumble” Johnson.

Then again, there’s also Dominick Reyes (12-2) and Jiri Prochazka (27-3-1) in the UFC’s top five. Prochazka stopped Bellator’s champion, Vadim Nemkov, when the two of them faced off a few years ago.

Anderson definitely has an argument that Bellator is just as good if not better at 205 than the UFC. However, I believe the best light heavyweight in the world right now is Jan Blachowicz with Jon Jones moving up.

Overall, the UFC has a deeper division due to the amount of fighters on the roster and they have younger contenders. While Bellator is right there, I would still give the advantage to the world’s premier mixed martial arts organization, the UFC.