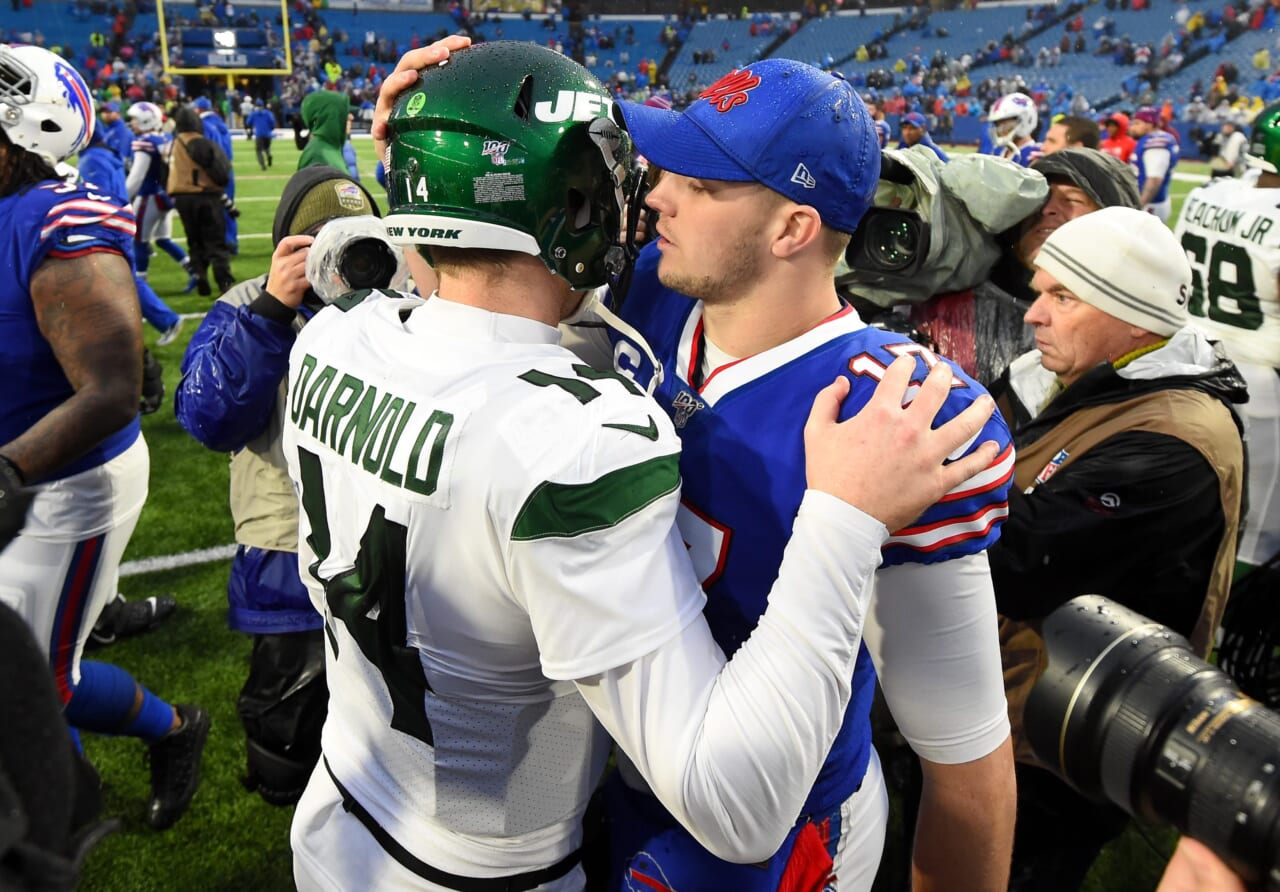 As the NFL prepares to release the official schedule this evening, Manish Mehta of the NY Daily News has now leaked the New York Jets‘ first opponents. The betting favorites to win the AFC East, the Buffalo Bills will be hosting the Green & White in week 1.

The Jets will visit Orchard Park after facing the Bills in Week 1 & 17 of last season. Theyâ€™re reportedly slated to play at 1 PM to kick off the season. Although there were initial reports that the NFL would structure the season with AFC vs NFC games for the first four weeks to kick off the season, theyâ€™ve now shown thatâ€™s not the case, at least for two AFC East teams.

Breaking Down The Matchup

A brief look at the Bills roster shows you how talented they are. Sean McDermott and Brandon Beane have built an excellent squad of high character guys in Buffalo. Theyâ€™ve used lots of resources to build through the trenches, just like Joe Douglas has done for the Jets. The difference between the teams to me is in the coaching staff(s). The Jets are still looking to build an identity under second-year coach Adam Gase. The Bills have constructed that identity under McDermott and now been to the playoffs twice under his guidance. As Josh Allen continues to develop and the team added pieces like Stefon Diggs, Josh Norman, and AJ Epenesa to an already talented team, they look primed to contend for the AFC East title.

As for the Jets, although theyâ€™ve had a great offseason, the team has one of the hardest schedules in football and is facing a lot of pressure. Thereâ€™s real skepticism about Adam Gase, and if heâ€™s the right guy to lead this team, if he wins this year and shows he can win with this team, heâ€™ll keep his job, but if he does not prove that he can lead this team to wins, the Jets will be looking for another coach. The Jets QB 1 also faces pressure. As his third year approaches, Darnold has shown flashes of brilliance. When heâ€™s not hurt, the Jets have also been a productive offensive team. If he can stay healthy and produce, he will prove heâ€™s the true franchise QB, but another average or slightly above average season could lead fans to question his ability to lead this team.

Both teams are young with loads of potential, and with pressure to win on both sides of the ball, week 1 canâ€™t get here soon enough.