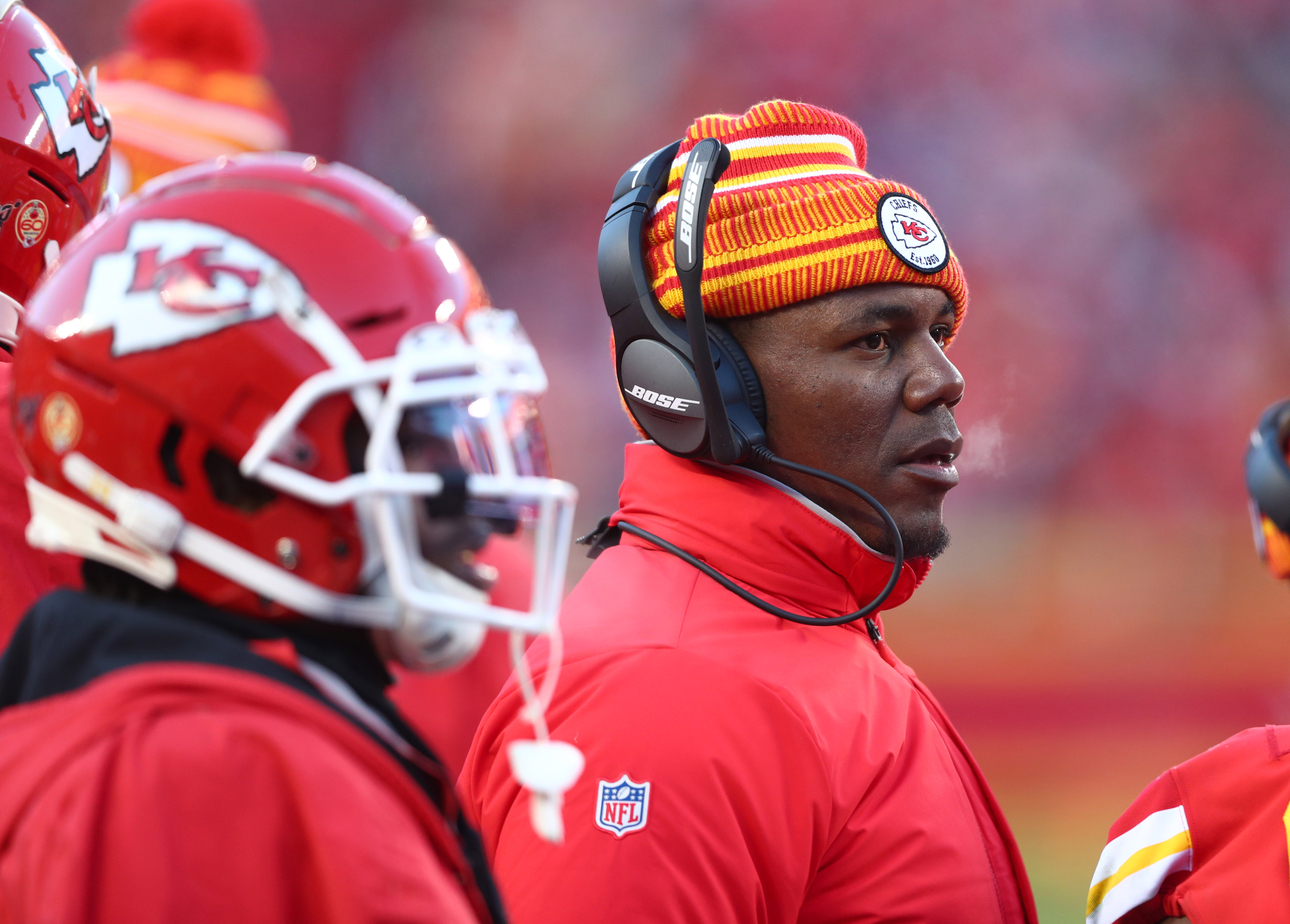 Here we go, New York Jets fans! The coaching search has begun, and the Jets will look to hire their next head coach. The Adam Gase era is in the past, and the team will now look at guys who can lead the Jets for, hopefully, the next decade. Here are three of the most popular confirmed candidates so far, a summary of their background and how they could impact the team.

Brian Daboll has an extensive coaching background. He has had the privilege to learn under two of the greatest coaches in all of football history at Alabama with Nick Saban and in New England with Bill Belichick. His history includes multiple roles on both sides of the role, but predominantly as an offensive coach.  The 45-year-old has been a coach in football since 1997 and in the pros since 2000. With over 20 years of knowledge, he has hit his stride in Buffalo. Daboll has transformed the Bills offense and completely shaped Josh Allen. When he inherited Allen, he was a raw player who still missed simple throws and needs grooming. Now, Allen looks like a top-five quarterback.

Daboll is a football guy. He is well-liked and well respected, and with the mentors he has had, he obviously knows the game well. Daboll is a hot commodity on the coaching market, and landing him will be tough if he is who the Jets end up liking most. Daboll seems to fit the leadership and culture-changing mold on the surface due to the impact he has had on the Bills offense, but with no past as a head coach, you have to wonder how he will do leading a roster of 53 men. Daboll is likely a front runner for multiple jobs, and it will be interesting to see if the Jets can get him in for at least one interview and potentially make a run at him.

Arthur Smith did not have to be an NFL coach. The former college guard could have easily taken a role in the family business, FedEx. Smith’s father owns FedEx, but rather than pursue money, Smith pursued a passion and is doing a good job at it. Smith started coaching in 2006 as a grad assistant at his alma mater, UNC. He then carried that into jobs as a defensive assistant for the Washington Football Team and Ole Miss.

Since 2011,  Smith has been a coach on the Titans. Despite four regime changes, Smith has been the constant. Smith is highly respected and has taken his time moving up the ranks, learning, and not rushing anything. Then, when he saw Matt LaFleur heading to Green Bay, he jumped on an opportunity and approached Mike Vrabel about a promotion from Tight Ends Coach to Offensive Coordinator. Since then, the Titans offense hasn’t looked back. Ryan Tannehill is playing the best football of his career and has gone from a backup QB to a top 10 one. Not only that, but Derrick Henry is finally being used as the beast he is.

Arthur Smith is a go-getter and someone who is well-liked by his players. He commands respect and is a leader. As a former offensive lineman, he is sure to be someone who clicks with Joe Douglas. Smith has no previous head coaching experience, but his impact has been more apparent than that of Daboll on the offense. Smith is a highly respected coach and has been requested to interview for every opening. If the Jets can get a shot at him and he prefers to come here, I firmly believe he is a favorite to land this gig.

Rounding out our list of most popular coaching candidates confirmed for an interview is perhaps the most popular one: Chiefs Offensive Coordinator and Super Bowl Champion coach Eric Bieniemy. Bieniemy has been a coach in the NFL since 2001, after taking two years off. He is a former pro running back and finished third place in the 1990n Heisman race. He has been an offensive coach and coordinator in both the college and pro ranks and has been a fixture on Andy Reid’s staff since 2013. Bieniemy is well-liked by his players and is highly regarded by Andy Reid. Bieniemy has reportedly played a key role in play-calling and in maintaining the offense.

Bieniemy is another real football guy. As another former player, there will be that admiration between him and Douglas. Here is the thing, I think their philosophies will lead to a massive disconnect. Where Smith and Daboll are more traditional football guys (Smith more than Daboll because of his playing days), Bieniemy is more modern. I think that Bieniemy will be a player first coach based on his reputation with the Chiefs and not the leader/CEO type the Jets need.

There are character issues with Bieniemy; he has faced harassment and assault allegations at multiple points in his playing and coaching career. He has also had a few issues driving, including a DUI in 2001. However, this was all 20 years ago, and Bieniemy strikes me as a guy who has turned over a new leaf. Still, there was a reason the Jets didn’t bring him back for a second interview a few years ago, and part of me wonders if it was due to the aforementioned character concerns. Nonetheless, Bieniemy has proved he deserves a shot as a head coach on the field, and if he interviews well and can explain his past, I think he ends up with a head coaching job; I just don’t think it will be for the Jets. 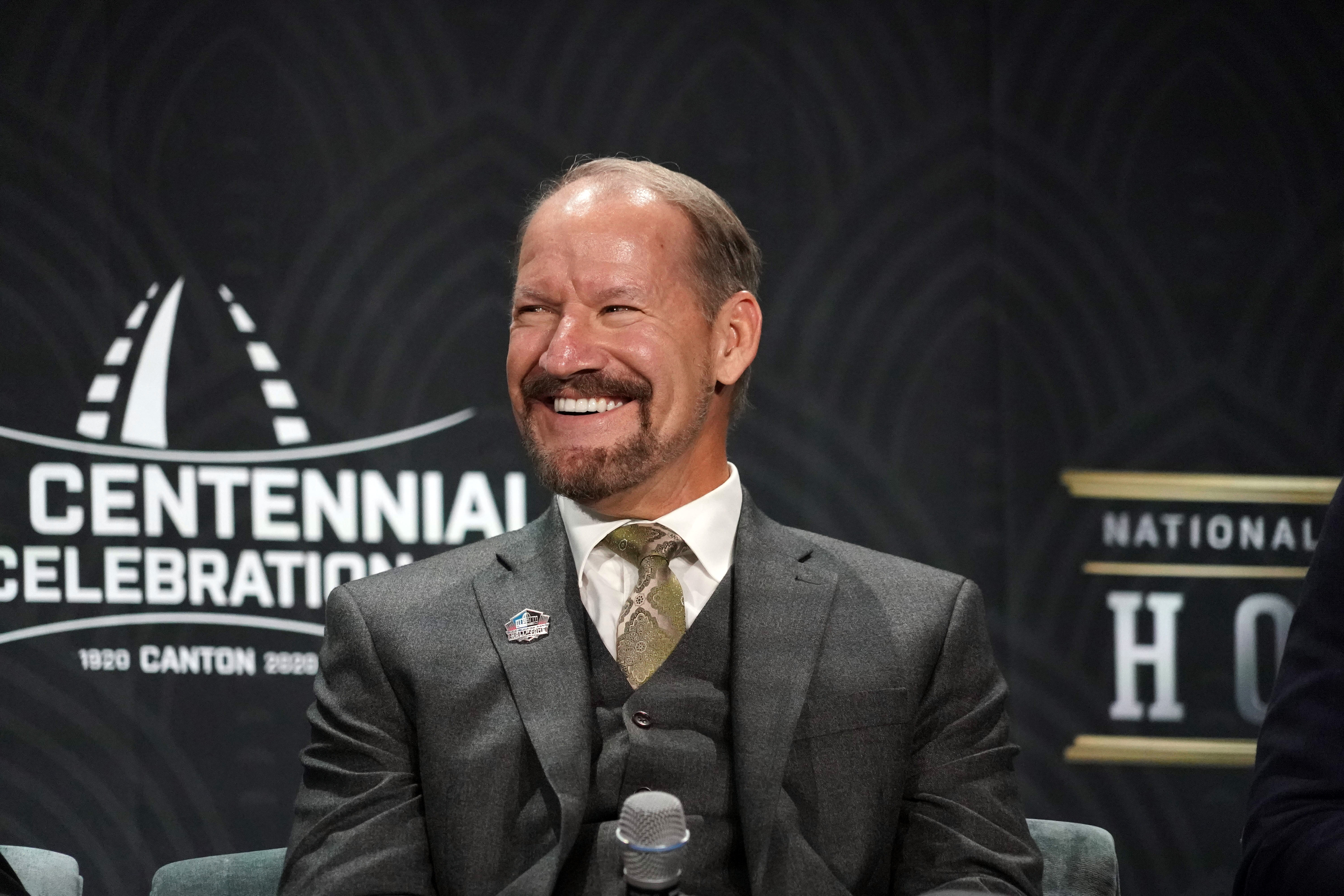 The New York Jets are certain to be in the market for a new head coach. With a competent and respected general manager in Joe Douglas, the projected second-most cap space, a plethora of draft picks, and the likely 1st pick, the Jets head coaching opening is surely going to be attractive. Apparently, that thought is shared by Hall of Fame head coach and current CBS Analyst Bill Cowher.

Lost in the news of the Jets firing Gregg Williams was the report from Boomer Esiason alluding to Bill Cowher having potential interest in the Jets Head Coaching job. Per Boomer himself on his show, “Boomer and Gio,” “He was saying to me yesterday, he’s the one that told me the Jets job is going to be really attractive, and they could hire whomever they want, and he told me he loves Joe Douglas.” This report doesn’t necessarily mean Cowher himself is interested in the job, but Boomer also said this, “All I know is that yesterday, he was showing me and Nate film of him coaching on the sideline where he was mic’ed up, and we looked at each other like, ‘Hmm, what does that mean?’.” Esiason continued, “Is he sending a message? I’ve worked with him for 14 years, and I’ve never seen that.”

So, what does this mean? Well, there have been rumors linking Cowher to the Jets long before he retired in 2006. Not only that, but rumors have swirled in the past about Cowher’s potential return. What is eye-opening to me, though, is that Boomer has a close bond with Bill, and for him to say all of this on the air openly, there must be some weight to these statements.

Cowher, at 63 years old, is still regarded as a bright football mind, but he is a bright mind in general. This move could mean two things, Cowher could be indirectly working with the Jets to add more hype around the presumed opening, or there really could be interest on Cowher’s end, and he is trying to float the idea in order to get a sense of the reception.

Could Cowher Fit In NY?

Bill Cowher is a highly respected coach, having went 149-90-1 from 1992 to 2006 with the Steelers and going to two Super Bowls, with a win in Super Bowl XL. Cowher is a proven leader. The issue surrounding Cowher, though, is that he has not coached in 14 years. The game has changed a lot in that time period, and some could say it has developed beyond the kind of coaching style he has. What I would say, though, is that a leader is a leader. Cowher is the kind of coach that has a reputation to rely on. Going from a coach who reportedly has no respect in the locker room to a Super Bowl champion is something that can rebuild a culture. The Jets on the field performance is putrid, but off the field, a potential 0-16 team is going to need not just a cultural rebuild but an entire overhaul.

By bringing in Cowher, the Jets are committing to experience and leadership. Pairing him with Joe Douglas would form one of the most formidable personnel tandems in franchise history. The likelier outcome is that the Jets go to the college ranks or to a coordinator for their next coach, but they are likely to cast a wide search for their next coach. This is an unlikely move, but the premise of a franchise-changing hire like this is enticing.