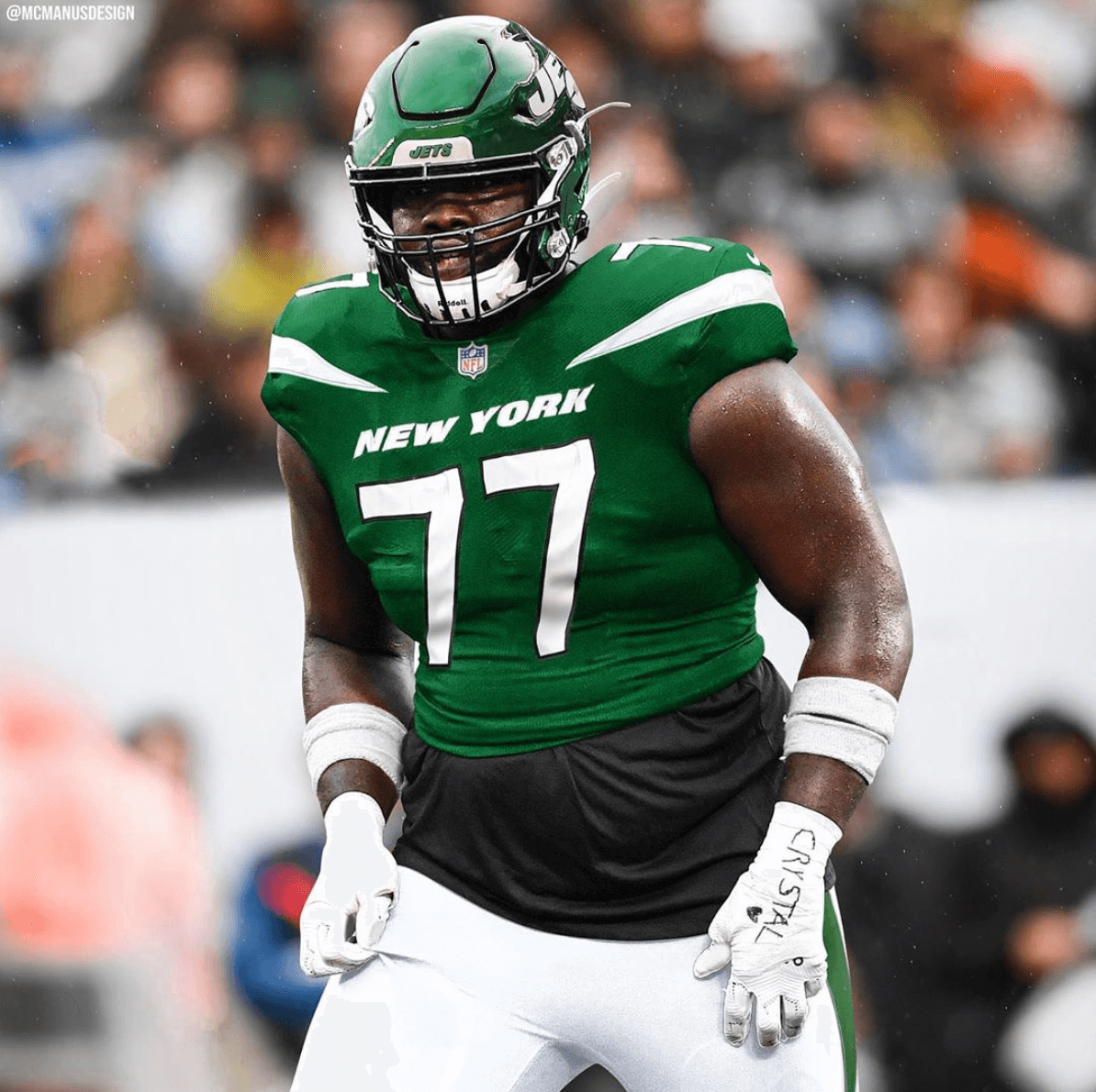 Happy Thanksgiving, Jets fans! Unfortunately (maybe fortunately for our appetites) the Jets do not play today. At 0-10, the Jets are in the midst of one of their worst starts in franchise history.

Here are four New York Jets players to be thankful for:

Mekhi Becton has been the biggest bright spot for the Jets this season. The eleventh overall pick has broken out immediately and asserted himself as one of the top tackles in the league.

Becton is already leading the Pro Bowl votes for offensive tackles. Becton has been an absolute force this season with a PFF grade of 73.9 and easy handling of premier pass rushers like Joey and Nick Bosa, Melvin Ingram, and Frank Clark, among others. Becton has emerged as a franchise left tackle throughout this season, and he provides a huge (literally) building block for the future. The Jets struck gold on Mt. Becton.

Braden Mann being selected was viewed by some as a curious pick in the 6th round when the Jets had such a need at receiver. However, the former college star has been a breakout piece. Now, purely off stats, Mann has a 44.8 average in terms of a yard per punt, which only ranks 19th in the league, but his sample size is the largest in the league at 50, which is an excessive amount for punters. With a floundering offense, Mann gets a lot of work, and the fact that as a rookie, he already is in the pro bowl consideration and being a consistent punter is very impressive. Special teams do matter, and the future for the Jets groups is all the brighter with Braden in it.

Denzel Mims was out for the first 6 games this season, despite that, he has broken out in a big way. Mims currently sits at 13 receptions for 217 yards, with an average of 16.7 yards per reception. He has averaged around 54.3 yards per game and been a consistent producer for the Jets with their QB issues. Mims has made some really spectacular catches, though, that have really opened eyes. His beautiful sideline catch against the Chargers Sunday was just another example of his phenomenal hands. What the Jets offense needs to do is maximize his catch radius and start throwing him more targets in the red zone. Despite missing time, Mims figures to still put up above-average numbers this season, and he figures to be a great piece for the future.

Arguably the biggest breakout star of the Jets season is the former third overall pick, Quinnen Williams. Last season Williams had 28 tackles, 2.5 sacks, 4 TFLs, 6 QB Hits, and a FR. This season, in only 10 games, Williams has 34 tackles, 3.5 sacks, 7 TFLs, 7 QB Hits, and a FF. Williams has already exceeded his rookie campaign in only nine games that he has played in this season. Williams still has six games to continue to build onto his breakout season. Williams has displayed a real visible growth in his play as well. Last season he seemed a lot weaker and less developed. He still has a long way to go, but he has looked much quicker and more refined this season, and that is a huge thing to be thankful for in the trenches in the future. 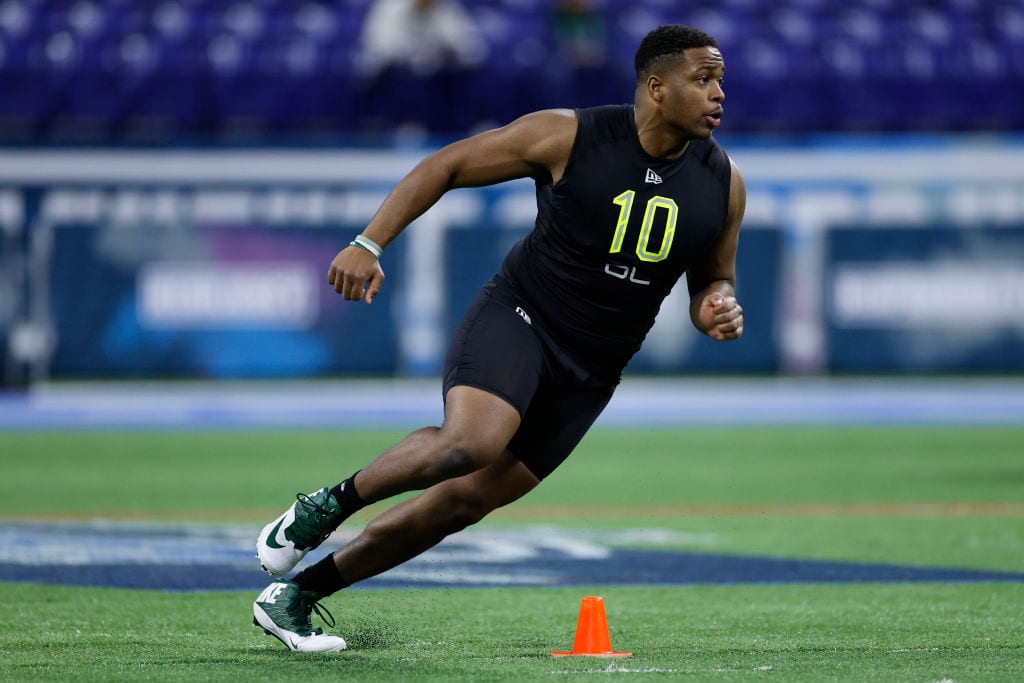 The New York Jets continue to load up on offensive linemen. Joe Douglas has reiterated his desire to build through the trenches and this pick continues to do that. Cameron Clark was a 1st Team All-Conference USA recipient last season and two year Captain for Charlotte, and now the formidable leader and solid offensive lineman joins the Jets.

Who is Cameron Clark?

Cameron Clark joined the Charlotte 49ers in his Sophomore year and made an impact at left tackle. Clark won team MVP for how he stepped up and made a difference. Then, in the past two years, he’s been a durable left tackle who’s started every game for the team. Clark is a very good run blocker who can assert his presence on opposing defenders. He likes to throw guys around. He didn’t get much time against high-level competition except for one incredible performance against Clemson.

He threw Clemson defenders around like rag-dolls. Clark is likely going to transition to the interior and become a guard. Having played left tackle, he could move to left guard and compete with Alex Lewis right away. Quite frankly, if he can develop into a formidable offensive guard, he would form a nasty combo with Mekhi Becton. Although he has flaws and will need development, I like this pick and it’s probably my favorite pick so far on Day 3.