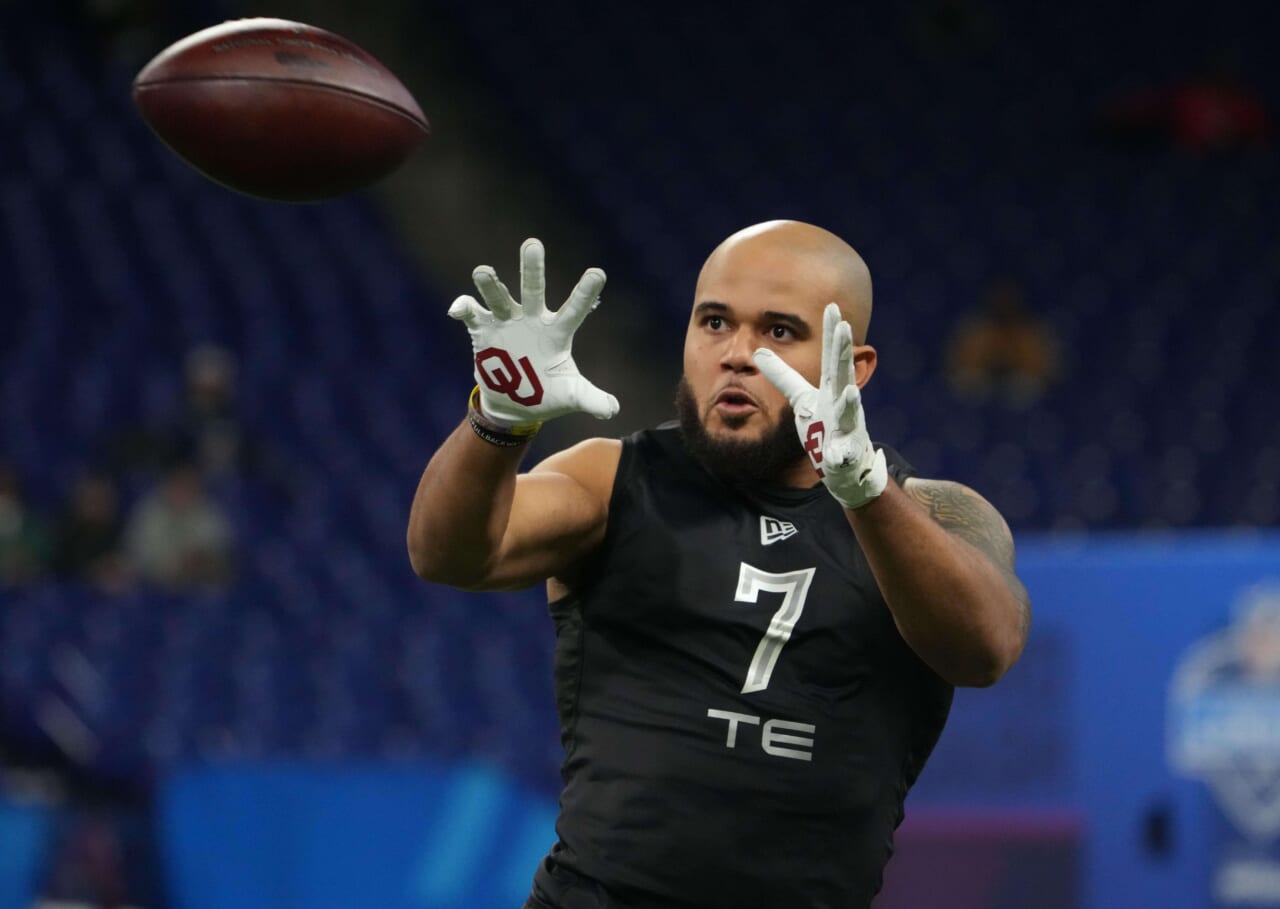 The New York Giants have brought in a ton of undrafted free agents to work out of the next few weeks as the off-season program ramps up. However, CBS analyst Emory Hunt pointed out Jeremiah Hall of Oklahoma as a potential standout this summer.

What does Jeremiah Hall bring to the New York Giants?

Hall is an intriguing player coming from Oklahoma, appearing in 13 games as a senior in 2021. Playing mostly full back and tight end, Hall picked up 334 yards and four touchdowns last season. He also tallied 25 yards on the ground and a score. He can be used in a myriad of ways, but given his height limitations, he’s projected as a big body fullback to help lead the charge in the running game.

The Giants recently cut Elijah Penny from the squad, so they could be in need of a full-back. At 6’1″ and 239 pounds, Hall ran a 4.96 40-yard — with 19 benchpress reps at the NFL Combine. He brings intangible traits as a team captain and displays phenomenal toughness.

Per NFL.com, Hall is a team leader and productive player:

Team leader and productive player for successful Sooner offenses during his three seasons as a starter. Hall frequently aligned at wingback but was a little inconsistent at finding his angles and sticking to his block when asked to be an extension of the offensive line in the run game. He has the toughness and pass-catching acumen to fold into a fullback role for teams utilizing 21 personnel groupings and he might benefit from a more focused itinerary as a lead blocker. His high football character and core special-teams potential increase his odds of landing an NFL job, but becoming a stickier blocker might be the key to establishing career longevity at the next level.

If Hall can improve his blocking technique and fundamentals, he could end up being a solid player at the next level. That could be on special teams or elsewhere. His receiving abilities also spur a bit more versatility within his game. The Giants could get creative at the FB position, given his experience as a tight end.