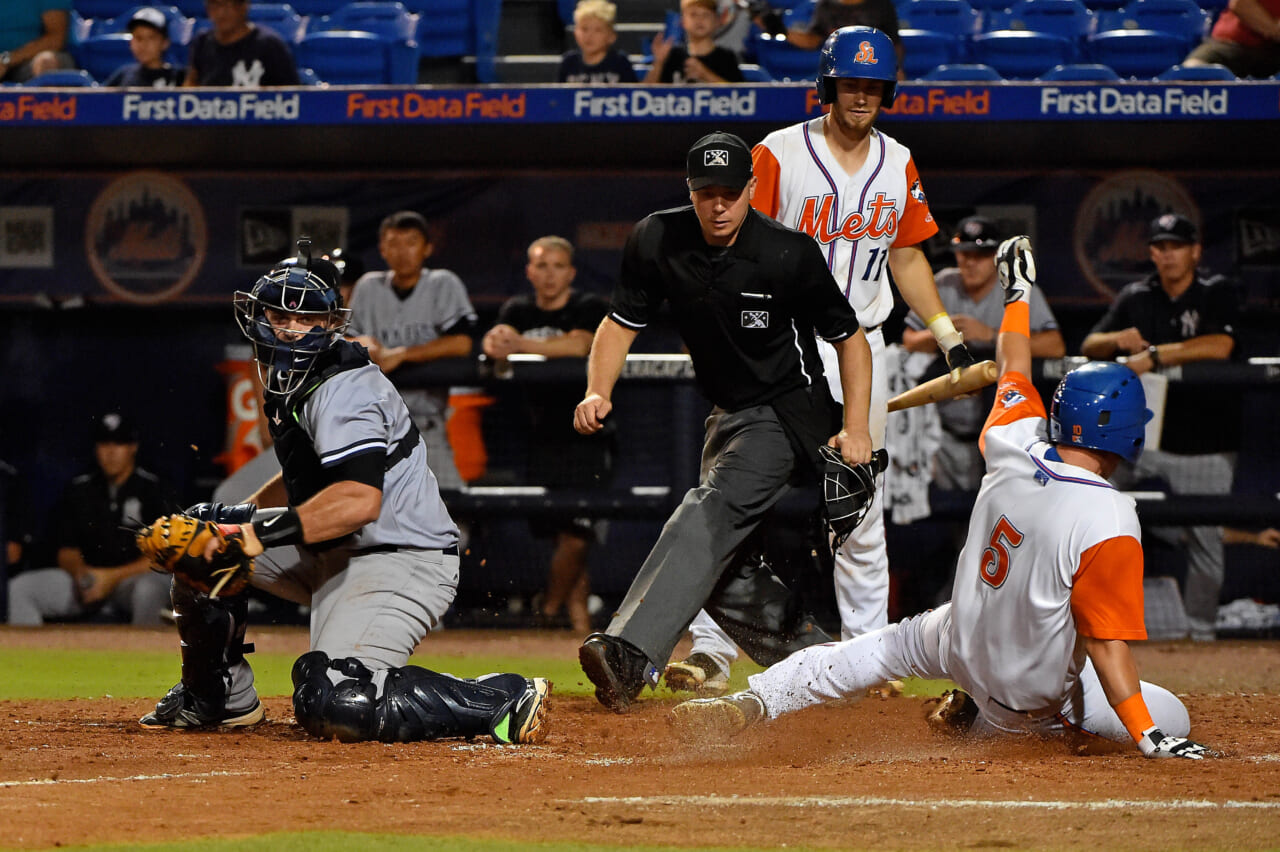 When you’re evaluating New York Mets prospects, Jeff McNeil’s name doesn’t exactly shoot to the top of your head. But maybe it should? A 13th round draft pick in 2013 out of Long Beach State. McNeil’s stock has risen faster than any other Mets prospect this season, and at age 26, it’s hard to label him as a prospect. But one thing is for sure. McNeil knows how to hit.

This season alone McNeil has been crushing minor league pitching, splitting time between double-a and triple-a, McNeil is collectively hitting .349 with 19 homers and 66 RBI’s halfway through the season.

Jeff McNeil just went yard on a 3-2 CB from Beau Burrows, his 9th of the season #Mets pic.twitter.com/Lsxv59VRqs

This breakout has caused Mets officials to take notice. Especially the noticeable increase in power production.

When the Mets drafted McNeil he was a 165-pound contact hitter not really known for a particular standout tool. However getting him healthy and putting on additional muscle mass has allowed him to tap into his power potential.

McNeil missed the majority of the last three-seasons from sports hernias and is finally 100% and producing in a full season of work.

The question Mets management has to look at is whether or not McNeil could actually be the second basemen of the future for this team. With the Mets still employing Jose Reyes and an Asdrubal Cabrera trade seems imminent, why not give McNeil a shot after the all star break?

Videos confirm that it looks like he can be an impact bat at the second base position and the Mets are in a perfect place to give McNeil the opportunity to show what he can do in the major leagues.

With the season being essentially over, McNeil may actually offer a small glimmer of hope to fans if he continues his strong bout of hitting.