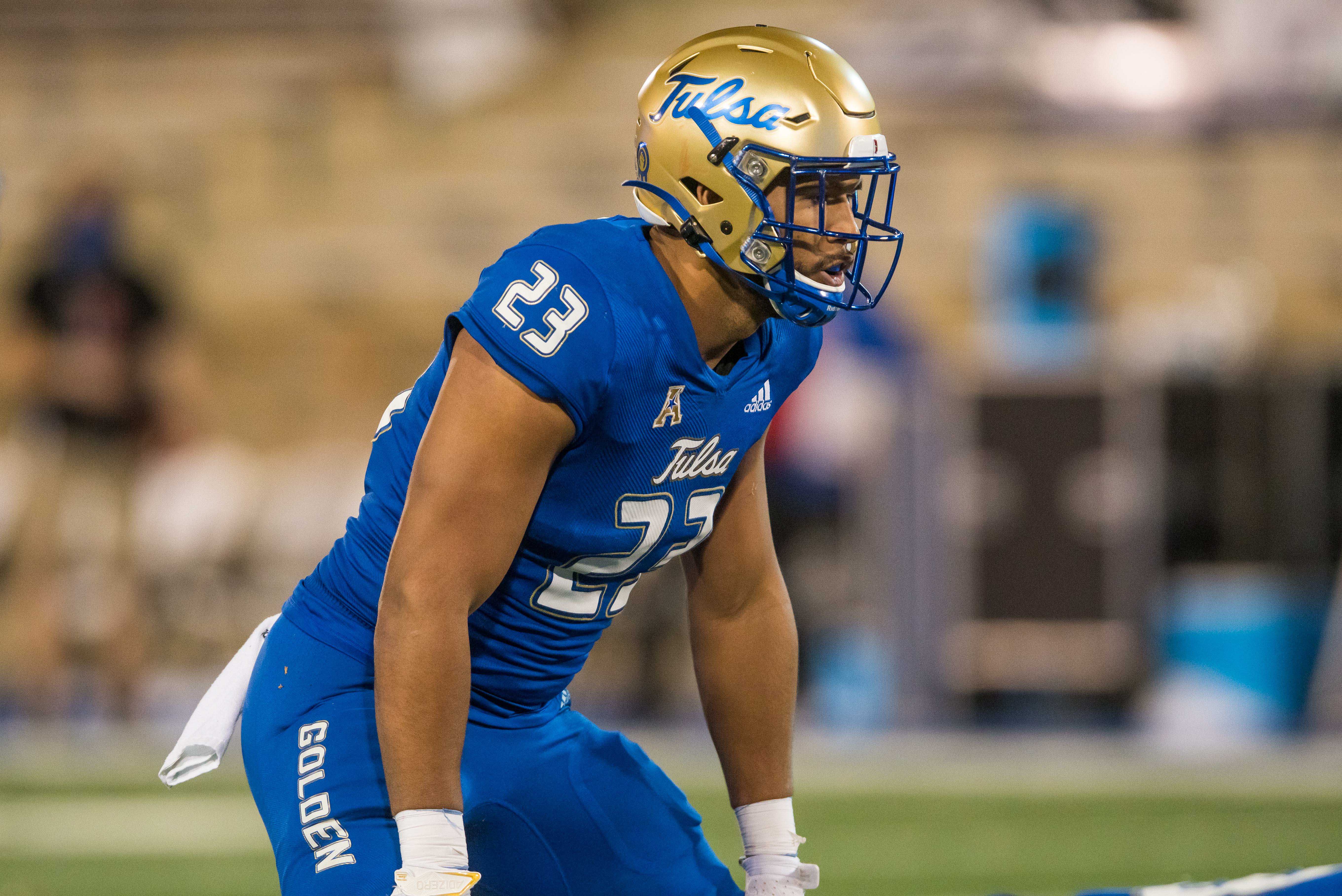 The 2021 NFL Draft will take place in just two short weeks. The New York Giants are preparing for an exciting draft that they perfectly prepared for through an impressive free agency period. New York addressed most of its major needs in free agency, signing Kenny Golladay and Adoree’ Jackson to big contracts.

Now the Giants are in a position to add the best player to their roster regardless of positional needs. One intriguing option for the Giants to consider is trading down from the eleventh overall pick. Dave Gettleman has never traded back in a draft before, but this could be the year that changes. Gettleman and Co. nearly traded down last year. They called teams shopping the fourth overall pick but found no buyers. They also had a deal in place to trade down in the second round but opted to stick and pick once they saw Xavier McKinney fall in their lap.

Trading down is a strategy that many teams have been taking advantage of to rebuild their rosters in recent years. The Colts, Dolphins, and Eagles are some teams that have reaped the benefits of trading down recently. Trading down allows teams to accumulate more draft capital and address multiple positions of need in a single draft class while preparing for the future.

If the Giants decide to trade down this year, there is a plethora of defensive talent to target in the back end of the first round. There are a few intriguing linebacker prospects that would make sense for the Giants in the second half of round one.

Linebacker prospects for the Giants to target in a trade-down

Zaven Collins out of Tulsa is a linebacker prospect with a playing style similar to Micah Parsons. Collins is an excellent pass-rushing off-ball linebacker with sideline-to-sideline speed to make plays against the run. This archetype of linebacker fits perfectly in Patrick Graham’s defensive scheme. Graham loves to use linebackers on stunts and quarterback spies.

Collins is a big-bodied (6’4 7/8″, 259 pounds) off-ball linebacker that compares well to Anthony Barr of the Minnesota Vikings. Zaven is also decent in pass coverage as well, giving him all the traits to succeed at the NFL level.

Over eight games in 2020, Zaven Collins racked up 54 total tackles including 7.5 tackles for loss and 4 sacks. He even added 4 interceptions, including 2 pick-sixes, and he forced 2 fumbles. Zaven Collins was a true playmaker for Tulsa’s defense in his final collegiate season.

Another intriguing linebacker prospect for the Giants to consider if they trade to the back end of the first round is Jamin Davis out of Kentucky. Jamin Davis is a player whose draft stock has risen tremendously leading up to April. According to Next Gen Stats, Jamin Davis has a 99 overall athleticism score, explaining that Davis has the “athletic traits that best translate to pro success for linebackers.”

Jamin Davis is another linebacker prospect with an incredible blend of size, speed, and athleticism. Davis comes in at 6-4, 234 pounds with a 42″ vertical and 4.41s 40 time.

Kentucky’s Jamin Davis is similar to Zaven Collins in that he is a rangy linebacker with solid skills defending the run. He totaled 102 tackles through 10 games in 2020 with 4 tackles for loss and 1.5 sacks. Davis also added 3 interceptions to his resumé in 2020, including 1 pick-six.

Jamin Davis is flying up draft boards. His name was little-known just two months ago but now he is a firm second-round prospect that could even slip into the back end of the first round. Davis could be another intriguing player to add a new dynamic layer to Patrick Graham’s defense in a trade-down scenario.