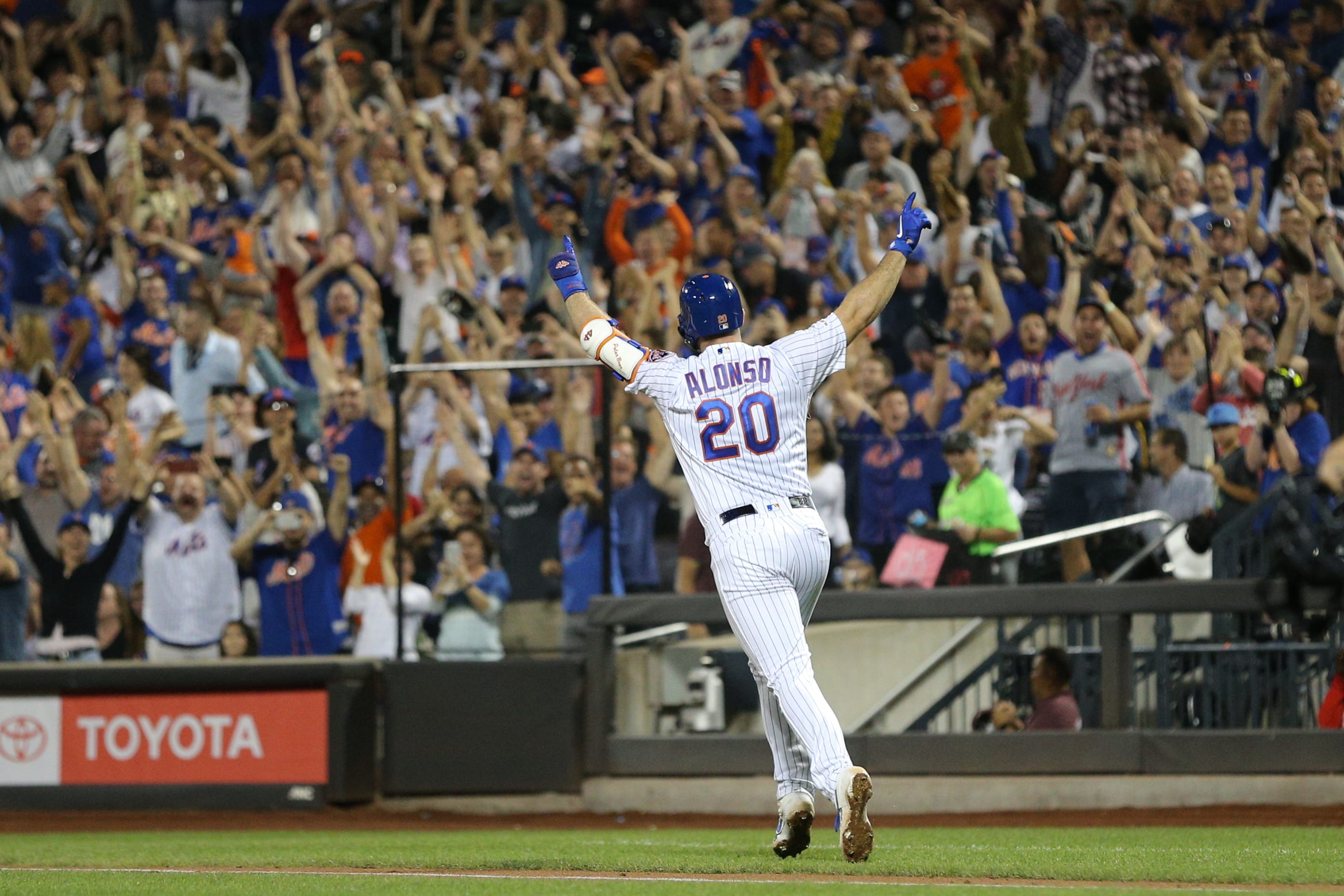 The first base spot has multiple one-year wonders throughout the New York Mets franchise history. Over the last 20 seasons, the position has a good mix of homegrown talent and outside boppers to add punch to the lineup.

No disrespect to Carlos Delgado, but Pete Alonso‘s 2019 season puts him at the top of the class. Alonso exceeded and smashed every record and milestone set in front of him. He hit .260/.358/.583 with a major league-leading and rookie record-breaking 53 home runs. Alonso won the home run derby, made the All-Star team, and won the Rookie of the Year award all in his first season with the Mets.

When Carlos Delgado arrived to the Mets in 2006, he was the exact leader a young Mets infield needed. He did not hit for average like his Toronto days, but his power remained. Before a hip injury ended Delgado’s career, he was hitting .298 with four home runs and 23 RBIs at age-37. In the three years prior, he averaged 33 homers and 105 RBIs to go along with a top-10 MVP finish.

Yoenis Cespedes carries the Mets to the 2015 World Series, but Lucas Duda kept them afloat until he arrived.

Originally used as an outfielder, Lucas Duda did not solely play first base every day until 2014. Loaded with a powerful bat to all parts of the field, he also could get white-hot at any moment. Duda hit 125 home runs and peaked at 30 during 2014. He also became a fan and clubhouse favorite during his Mets tenure.

Unfortunately, the story of Ike Davis is one of “what could have been?” After a good rookie season with 19 home runs and 71 runs driven in, Davis followed up in 2011 but starting out hitting .302 with seven home runs through his first 36 games. He suffered a season-ending ankle injury, which suddenly killed his momentum. Davis hit 32 home runs the following season but only had 21 during his final three seasons in New York. After the injury, he never figured out a consistent batting stance and swing, which eventually led to him being out of baseball by 30.

Never an All-Star type of player, Todd Zeile was a very reliable big leaguer. He spent two different stints in Flushing, and during his first, he had to fill John Olerud’s shoes. Zeile complemented the top tier Mets infield well, putting up two similar years with the only difference coming in his home run totals. During his final at-bat in 2004, he homered to cap off his 16-year career.

2018 was the only season where Wilmer Flores played a majority of first base. He adapted to the position well as it was the only one he could still play. Flores batted .267/.314/.405 with 20 double when playing first.

The Mets needed a veteran to replace the injured Lucas Duda during 2016, and James Loney filled the role perfectly. The reliable Loney did not put the team on his back but certainly did not hurt them either. He played the stellar defense he was known for, and despite hitting for the lowest average of his career, he had his highest slugging percentage since 2013. Loney’s signature moment was his home run against the Philadelphia Phillies to help clinch a wild card spot.

Daniel Murphy spent time at first base during the early years of his career after the left-field experiment failed miserably. In 2009 and 2011, he played a combined 152 games at first base; he missed 2010 due to a knee injury. During 2009, Murphy’s 12 homers led the team, and in 2011 he hit .320, which was his highest with the Mets.

Mo Vaughn’s finest moment as a Met…but why did Torre allow Wells to face Mo in that spot? Look at those career numbers. pic.twitter.com/ult0G5VWBO

Injuries kept Mo Vaughn from playing during 2001, but the Mets took a risk on him for the 2002 season. Vaughn made the most of his season with 26 home runs and 72 runs batted in, playing in 139 games. Unfortunately, injuries plagued him in 2003, where he only played in 27 games and missed the entire 2004 season to end his career. His long home run, three quarters up on the Shea Stadium scoreboard, is his memorable Mets moment.

In 2005 plan A was Carlos Delgado. But the settled for plan B in Doug Mientkiewicz. He came to the Mets during a transition season between rebuilding and contending. Mientkiewicz lost his starting job to Mike Jacobs due to poor play, but he bounced back to finish at .240 with 11 homers. 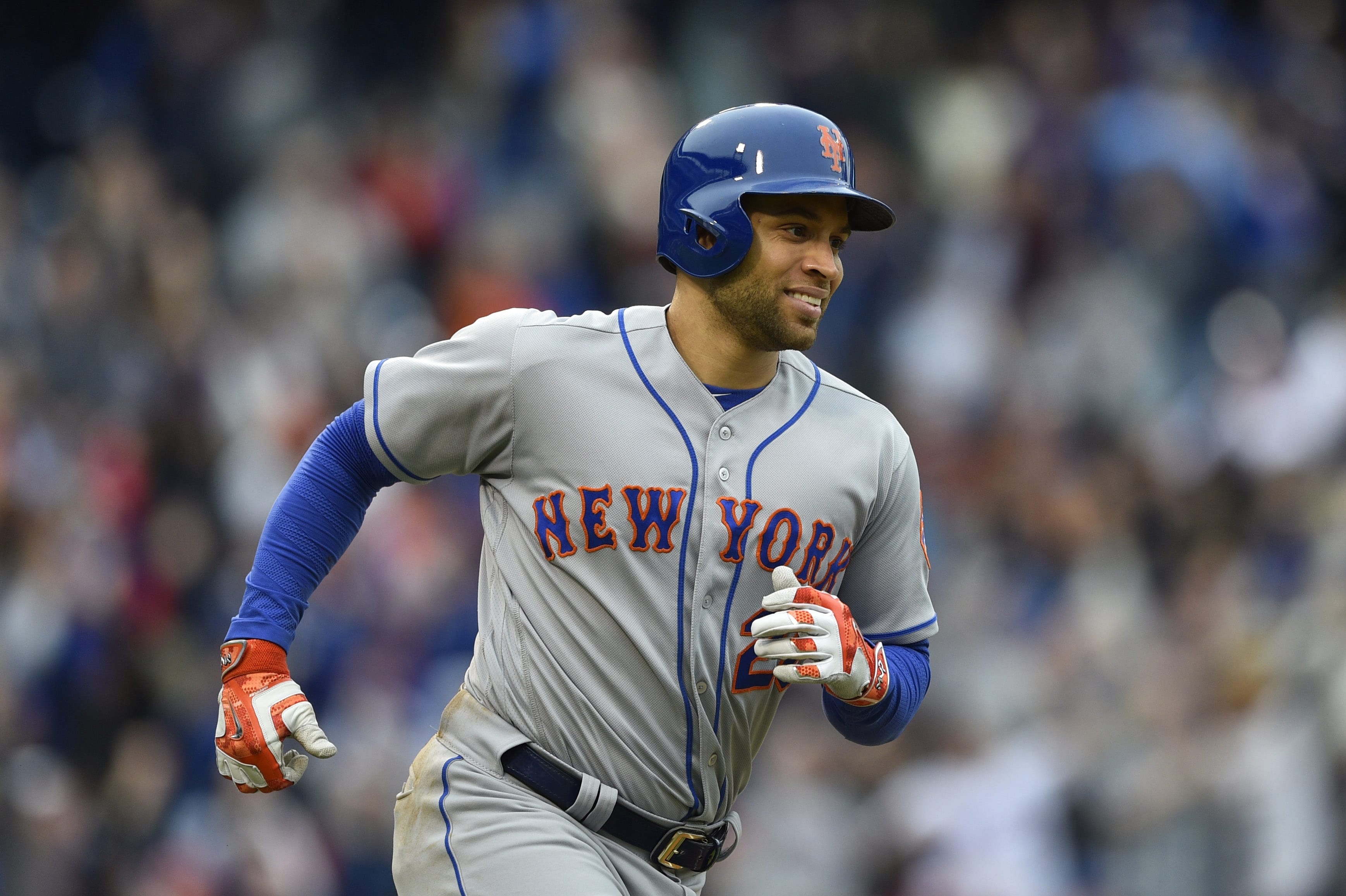 The 2016 season for the New York Mets was another injury-plagued one. It included them losing their everyday first baseman, Lucas Duda, to a stress fracture in his back from the middle of May through the middle of September. As the Mets were scrambling for major league ready options, the landed on the veteran James Loney.

Loney came to the Mets a little over a week after Duda headed to the injured list. This was a good move for the Mets because their only other option was Wilmer Flores, who also spent time playing third base as well. Loney was not only a proven option but a solid fielder both mentally and physically.

The knock on Loney had always been his lack of power at a position that demands it. He never hit more than 15 home runs in a season and only had three seasons where he slugged over .400. Loney was also known for his ability to put the ball in play and never had a season where he struck out over 100 times.

He played his role in the way the Mets had hoped. Loney hit .282/.337/.441 with six home runs and 21 RBIs over his first two months with the Mets. His production helped keep the Mets afloat as they were 54-50 heading into the final two months of the season.

James Loney just did his best @BMarshall and @OBJ_3 impression along the sideline to win it for the #Mets. Wow. pic.twitter.com/LyWGC2Z1N1

His production diminished as the season went on, only hitting .245/.269/.342 over the last two months of the season. Loney’s presence in the clubhouse and on the field earned him the right to remain the everyday first baseman, even when Duda returned from injury. He also started the wild card game at first base and drew one of the few baserunners against Madison Bumgarner.

Life After the Mets

Loney’s lasting memory is the home run against the Phillies, which helped seal the deal for the Mets wild card chase. His bat was as modest as can be and was the last image the team had before they clinched. Loney spent the following season in multiple minor league organizations before finishing the year in Korea.

After taking 2018 off, he played in the Atlantic League with the Sugar Land Skeeters in 2019. Loney now works for the Arizona Diamondbacks in their baseball operations department and will also work as a scout and in player development.