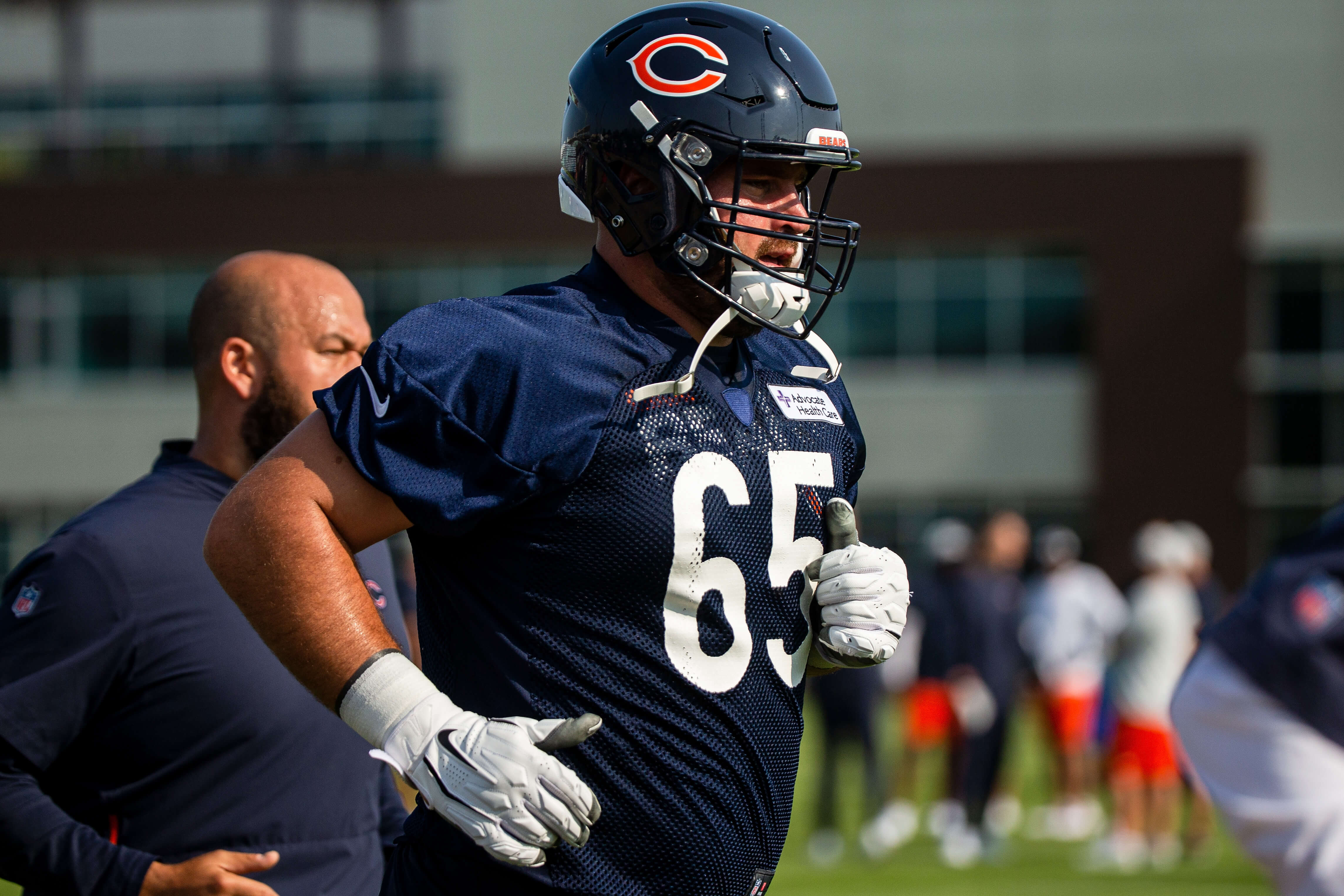 Every year in the NFL is a different team and for the Chicago Bears, 2021 has been much different than most expected. After an up-and-down start to the regular season, Chicago opted to make changes on offense. Veteran quarterback Andy Dalton was benched in favor of rookie Justin Fields while offensive coordinator Bill Lazor was dubbed as the primary playcaller, taking duties from head coach Matt Nagy.

Switching to Lazor and Fields has given the Bears new life. No longer are the Bears are dink and dunk offense each week. Over the last two games, the Bears have been running the ball consistently, employing a run-first philosophy. This shift in offensive philosophy has the Bears’ offensive line playing more physically, dominating opponents at the point of attack.

“You could just tell the mentality changed throughout the team in practice, meetings, and then everything’s translated over into games,” said offensive lineman Cody Whitehair. “I like where we’re at right now and we just got to keep it going moving forward.”

The undisputed leader of the offensive line, Whitehair and right guard James Daniels are the only remaining pieces that were on the 2018 Bears, a team that featured a solid offensive line, A unit that struggled over the last two seasons has quickly stabilized itself and hopes to turn into a strength for the Bears moving forward.

“Guys just coming out to practice and wanting, the coaching wanting to get better, the relentless effort to try and get things right,” said Whitehair.

On paper, one would look at Chicago’s offensive line and assume it’s a unit that is still learning how to play together. However, the numbers speak for themselves. On offense, Chicago averaged 4.2 yards per play against the Las Vegas Raiders in week 5 and controlled the line of scrimmage, allowed just two sacks. The Bears are quickly turning into a more physical brand of football which should cater to the offenses’ strengths as the weather continues to change over the next two months in the Windy City. 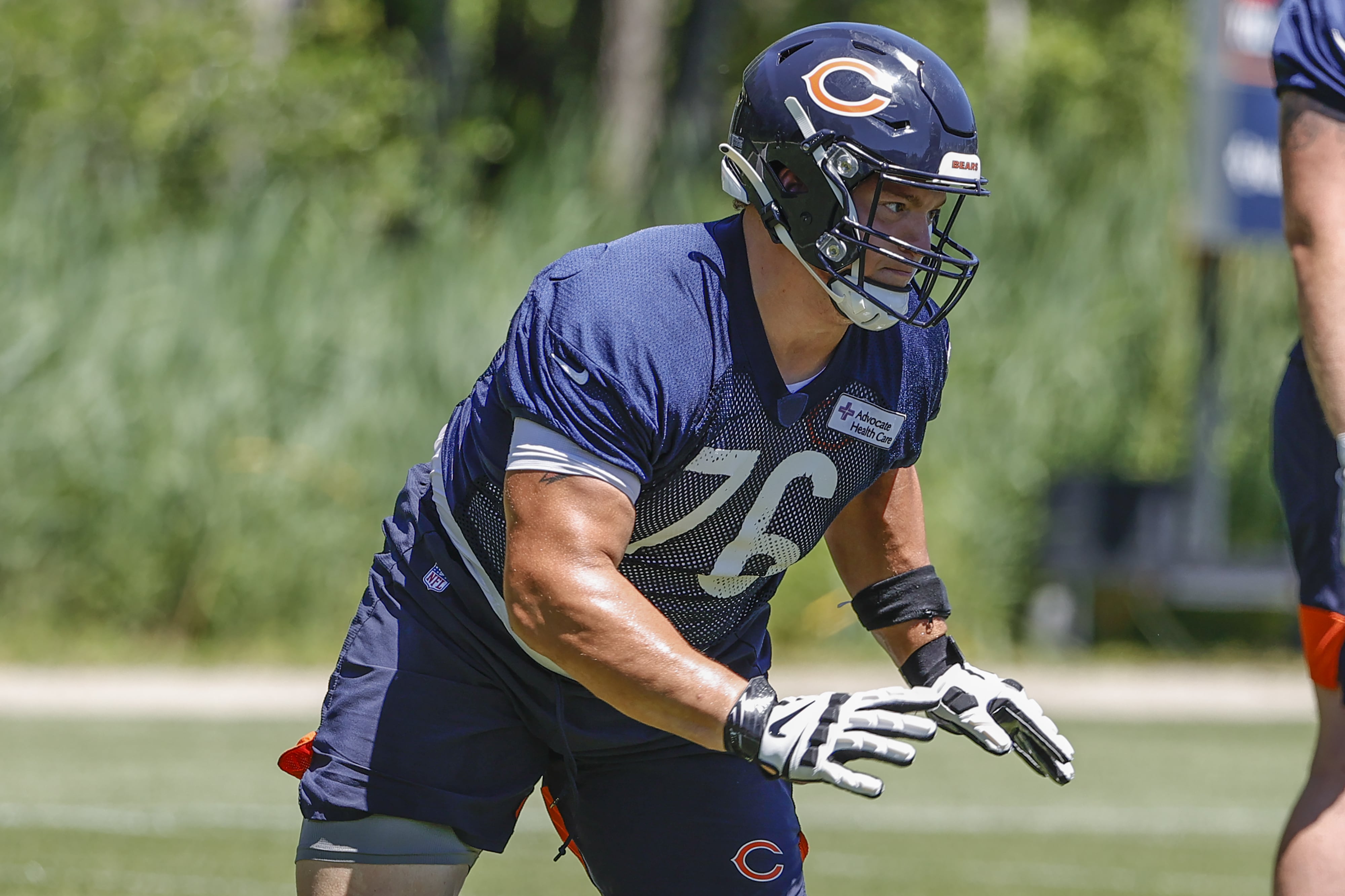 The Chicago Bears offensive line has been ravaged throughout training camp. On paper, the expectation was that the starting five left to right would be: Teven Jenkins, James Daniels, Sam Mustipher, Cody Whitehair, and Germain Ifedi. Four weeks into training camp, the projected starting five has yet to practice together even once. Jenkins underwent back surgery that will sideline him indefinitely. Daniels dealt with a quad issue while Ifedi has been on the PUP list.

Injuries have forced the Bears to rely on a makeshift offensive line, providing second, third, and fourth-string players with the opportunity to receive additional reps throughout practice. Injuries to starters also provide the coaching staff with the chance to evaluate depth across the entire unit, a silver lining within itself.

“I think what you’ll see with most of our guys, is we got guys that can move across the board,” head coach Matt Nagy said via the Bears official YouTube page. “Left side, right side, they’ve kind of been forced to do that.”

As the Bears prepare to trim the roster down to 53 players, emphasis will be put on players who can play both left and right tackle but also switch to playing inside if needed. Offensive line coach Juan Castillo made the most of a makeshift offensive line last season with inconsistency at the quarterback position and injuries early in camp should see Castillo do much of the same as the regular season draws closer. 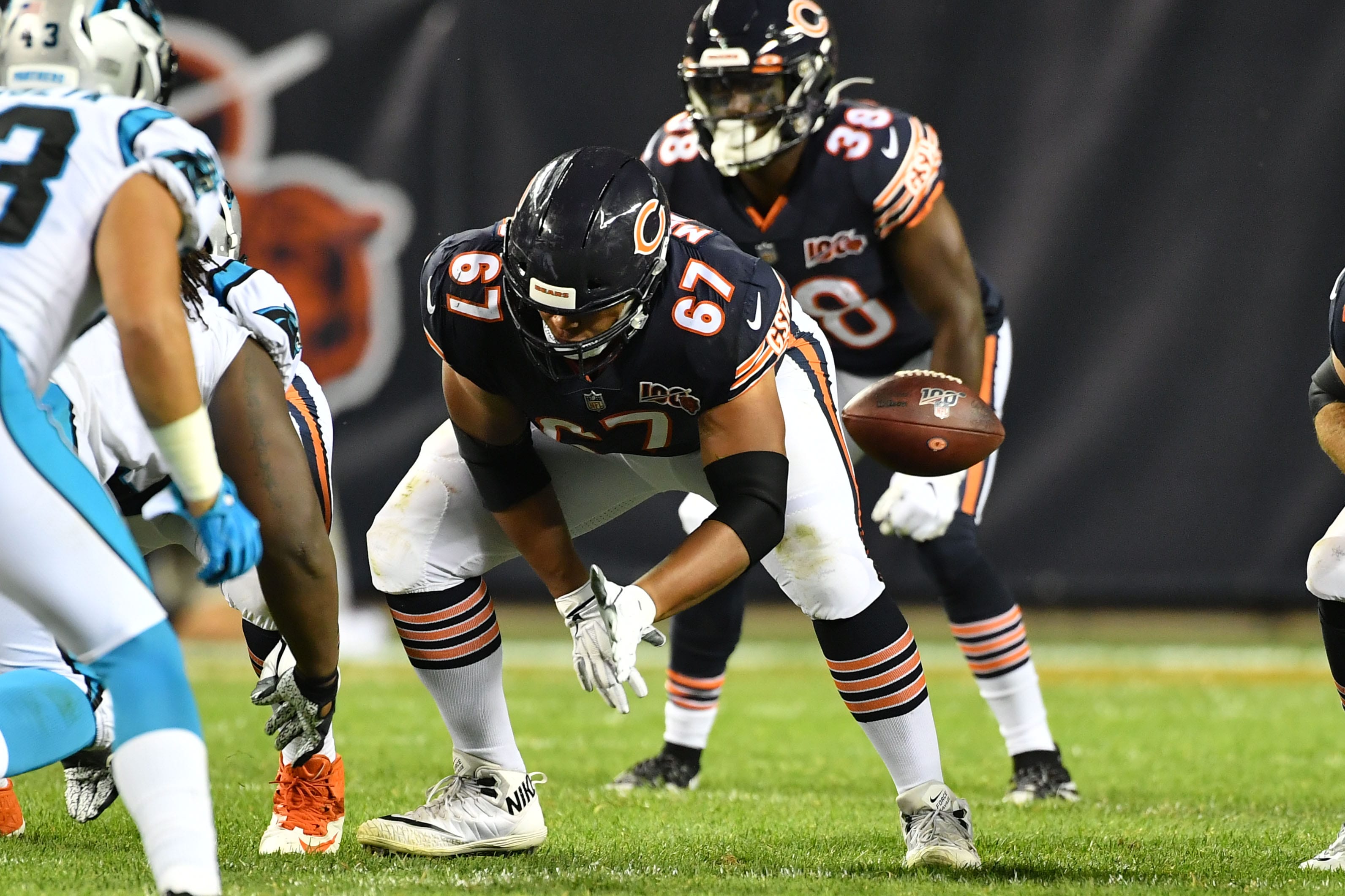 Heading into the 2021 NFL offseason, the Chicago Bears needed to address the offensive line. After years of mediocrity featuring Charles Leno Jr. and Bobby Massie, the Bears opted to move on from both veterans this offseason, drafting Teven Jenkins and Larry Borom in the 2021 NFL Draft.

With Chicago having started phase one of OTA’s, the Bears will also be bringing in veteran OT Morgan Moses for a visit, per ESPN’s Adam Schefter. A third-round pick of the Washington Football Team in the 2014 NFL Draft, Moses has started 97 starts over the last seven seasons. Entering year eight, he hasn’t missed a game since his rookie year in 2014.

Chicago did retain OT Germain Ifedi this offseason, signing the former first-round pick to a one-year deal worth $5M. Should the Bears sign Moses, he’d be the immediate starter at right tackle, bumping Ifedi to a backup role.

The addition of Jenkins provides the Bears with a franchise-caliber left tackle, a position Chicago has struggled to find throughout the Pace era. Borom can play either right guard or right tackle, while third-year man Sam Mustipher will have an opportunity to compete for the starting Center job.

Struggles on offense for Chicago the last two seasons (2019 and 2020) are traced back to the quarterback. It’s hard to ignore issues on the offensive line that impacted Chicago’s running game, which averaged just 4.2 yards per carry last season with running back David Montgomery leading the way.

A key piece of OTA’s will be looking at how Chicago decides to experiment with offensive line combinations, which could include playing Whitehair at right guard, when traditionally, the sixth-year pro has split time at both center and left guard.