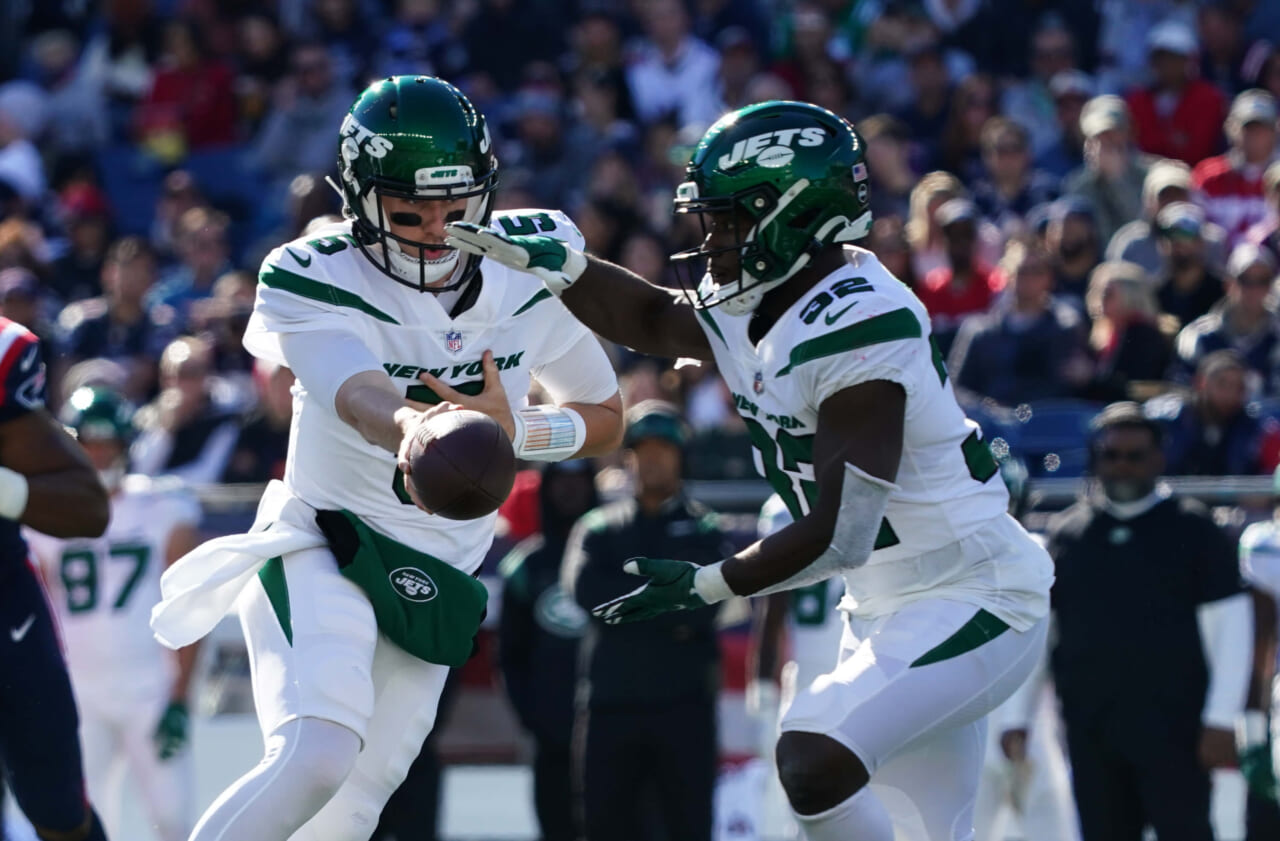 Those partaking in 2021 NFL regular season action have been waiting for the other shoe to drop on Cincinnati, the current owners of the AFC’s only bye.

But last week’s shocking win in Baltimore proved that the Bengals are here to stay. If not for two narrow losses to interconference competition, they could’ve stuck alongside Arizona in the ranks of the unbeaten. All this and more spells doom for the next team to run into them…and that just so happens to be the hapless New York Jets.

Such circumstances, as well as the state of the Bengals’ woebegone hosts, set up the perfect recipe for a trap game. But the Jets were barely prepared to give the mediocre Patriots a challenge, and that’s when they had the services of their franchise quarterback. The Bengals will have their share of non-believers, but this isn’t their week to talk.

New York football is in dire straits. Right now, the Jets’ goal is to bide their time until Wilson comes back, to get their train of development back on track. Last week’s six-plus touchdown loss to the Patriots was all too reminiscent of the defeats suffered in the Adam Gase era. This week has the potential to get ugly with the Bengals looking to decimate their doubters. There’s a chance for the defense to redeem themselves after a 551-yard, 54-point allowance…and with Joe Burrow and Ja’Marr Chase, that’s no guarantee…but not much else for sickly Gang Green.

The Jets will not win this week against the Bengals. I know it, you know it, we all know it.

There are numerous injuries plaguing the team right now, highlighted by Zach Wilson who could be sidelined up to four weeks with a strained PCL. No one wishes an injury on a player, but the time spent sitting back, watching, and learning could help the young QB. Having Joe Flacco back in the mix to help him helps as well.

Mike White is now expected to make his first NFL start Sunday against Cincinnati. It’ll be interesting to see the gameplan with White under center, as he cannot do some of the things Wilson can. In all honesty, that may help offensive coordinator Mike LaFleur. It seems, at times that LaFleur is caught up in the possibility of Wilson making big plays, instead of giving him easy options. So, it may be easier for him this weekend. Of course, that’s not all on LaFleur, but it could potentially be a factor.

The defense will be another story. With injuries piling up, especially to the linebacker group, the middle of the field will not be fun to watch. Blake Cashman, Hamseh Nasirildeen, and Jamien Sherwood now all find themselves on IR. C.J. Mosley and Quincy Williams are both questionable for the game as well. Who will play linebacker? I genuinely don’t know.

Joe Burrow and rookie standout Jaâ€™Marr Chase may set all new kinds of passing/receiving records Sunday. As a result, a score prediction seems unnecessary. But here’s one anyway:

The Jets host the Cincinnati Bengals this week in a game that assuredly will be spooky. Cincinnati is currently the top team in the AFC and have taken a big step forward in recent weeks. Joe Burrow looks exceptional and Jaâ€™Marr Chase is playing at an unbelievably high level. Trey Hendrickson and the Bengals’ pass rush is efficient and effective. Simply put, this resurgent team is a well-rounded unit. How far the Bengals go from here, nobody can project, but Zac Taylor has undoubtedly turned this team around this year.

The Jets are trending downward and fast. Mike White makes his first career NFL start Sunday and the odds are stacked against him. He didnâ€™t play well coming in on Sunday in relief and a good game from him would be surprising. New York’s secondary faces a receiving corps that can come at them from all angles, and if the pass rush doesnâ€™t assert itself early and often, Burrow will slice them up all day.

I donâ€™t foresee this being a good game for the Jets, so look for an early exit if youâ€™re going to the game Sunday. You might have time to head home and enjoy the Halloween festivities rather than watch the horror movie on turf.