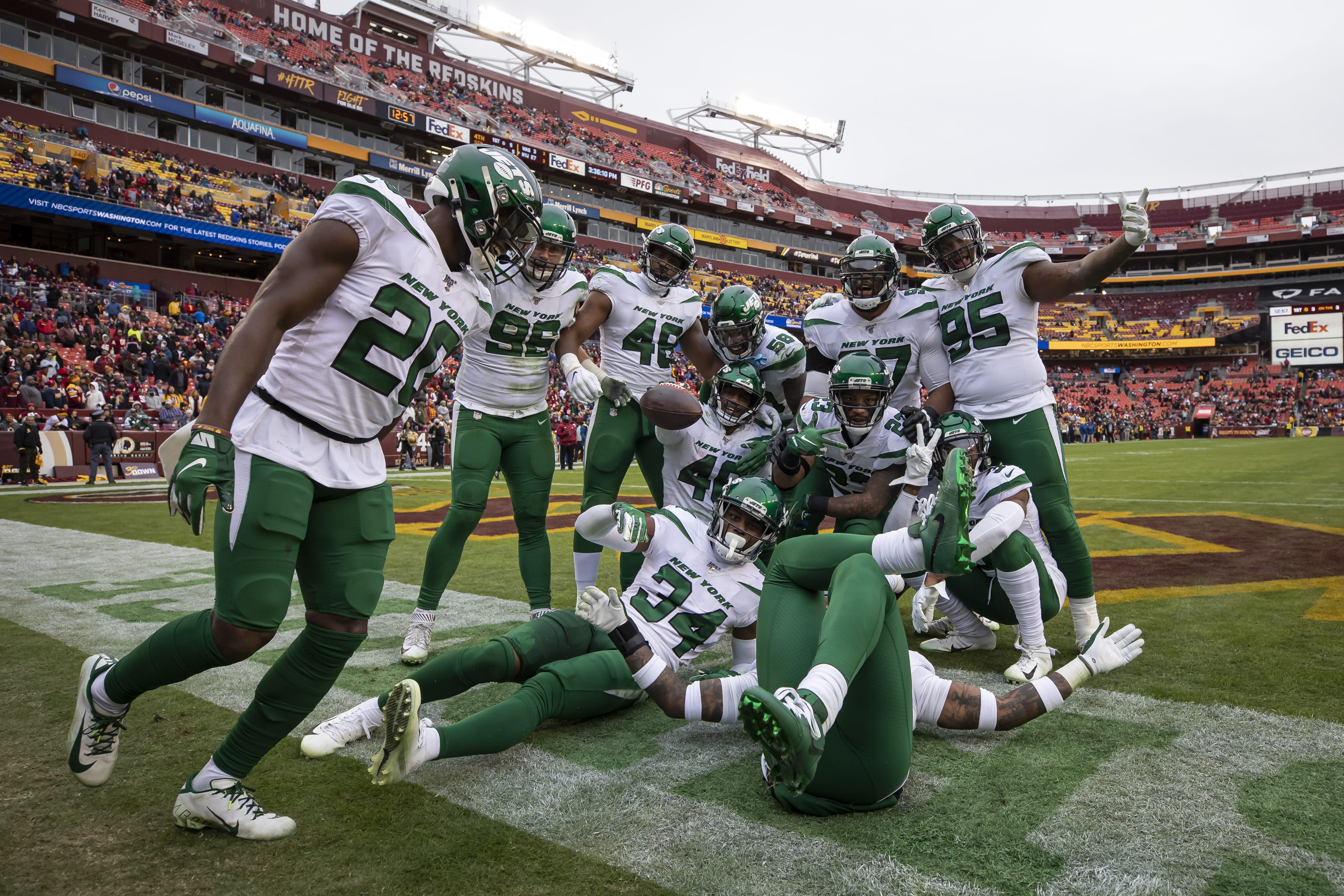 The New York Jets have the 11th pick in the draft. It’s a solid spot to grab a blue-chip prospect. There are three spots the Jets desperately need to improve in the draft. With the opportunity to grab a cornerstone piece at 11, the Jets will target one of these three spots.

The premier offensive line prospects are a great group. Tristan Wirfs is a spectacular athlete. He’s a great offensive lineman and very agile. Mekhi Becton is a FREAK athlete and very agile as well. Andrew Thomas has the highest ceiling and could be the best of the group. Jedrick Wills is an elite pass protector with incredible potential but would have to transition to left tackle. As long as one of the top 4 guys are there, Joe Douglas seems inclined to add an offensive lineman. There have been rumblings about another position, but, with two weeks to go, I’d say this pick will be a big man. If the Jets trade back, look to Josh Jones of Houston and Austin Jackson of USC to be targeted.

The receiver class is more loaded than any in recent memory. There are three key guys who could be targeted at 11 if the Jets target receiver. Henry Ruggs is the dynamic speed demon who lit up the combine. Jerry Jeudy is your prototypical receiver 1 and a crisp route runner. CeeDee Lamb is a little bit of both. Lamb has been the most connected to the Jets and wouldn’t be a surprise per Bleacher Report’s Matt Miller. Lamb and Jeudy are both can’t miss talents. Lamb can be the Hopkins to Darnold’s Watson and potentially be his key playmaker. With that said, I’d love a receiver here, but with the depth in this class at the position, Darnold could use someone at 11 who can protect Sam and give him time to throw. If the Jets trade back, the Jets could grab Justin Jefferson or Jalen Reagor, two-speed demons who could fit well in the Jets offense.

This came down to two spots for me. Edge rusher or corner. Pierre Desir and Bless Austin have a lot of potential as a corner duo for next season. I am a big Desir guy, I think he’s incredibly underrated. If they can add another corner in the later rounds then they’d be in a decent spot for the time being at corner. Edge rusher is rough. Jordan Jenkins and Tarell Basham are the projected duo heading into next season. Jenkins and Basham are not the long term duo. Jenkins is on a prove-it deal and Basham isn’t proven. The Jets could use their next star edge rusher. Chase Young will be gone at 11, but K’Lavon Chaisson is a phenomenal talent. He’s dynamic and quick, but with so many other needs, he may not be worth the pick this high or at all with the other needs. If the Jets trade down, AJ Epsensa, Zack Baun and Yetur Gross Matos would all be great targets at the edge spot.