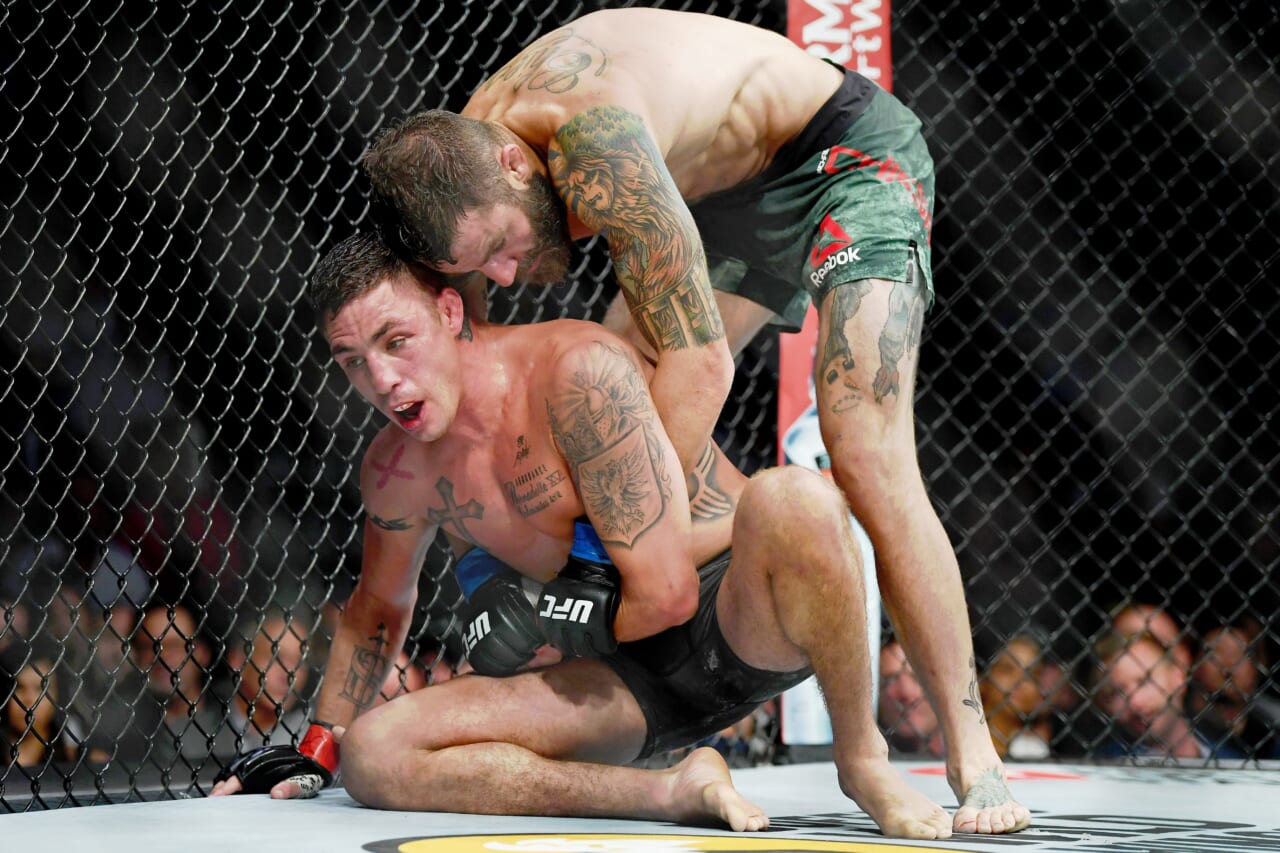 Sanchez started his MMA record at 17-0. Primed for stardom, Sanchez ran into a speed bump back at UFC 69 where he lost to Josh Koscheck. Since then, it’s been a career of highs and lows for the nightmare. The high point came in 2009.

After competing in the UFC at middleweight and welterweight, Sanchez moved down to lightweight. After winning four straight contests, he got his lone UFC title shot against B.J. Penn back at UFC 107. Sanchez was overwhelmed by Penn and lost by a doctor’s stoppage.

Since that defeat, Sanchez has gone 9-9 over the last 11 years inside the UFC. Last year, he signed a four fight deal which would be the final new contract he would ever receive. Sanchez is ready to ride off into the sunset once the contract is up

“I’ve let all those dreams of trying to become a UFC champion go. I’m just trying to enjoy the experience and finish out these last four fights on legendary status,” Sanchez told the media today. It’s been quite the career for Sanchez.

Sanchez has always been entertaining and a bit of an odd duck. However, he’s been loved by fans for a very long time, and it will be a sad day to see him go. Earlier this week, I thought of a very good fight for Sanchez regardless of the outcome this weekend.

I think that the promotion should really look to book fun fights as Sanchez finishes out his UFC career. Who wouldn’t want to see a fight with Cowboy Cerrone? Sanchez will compete this weekend against Jake Mathews.