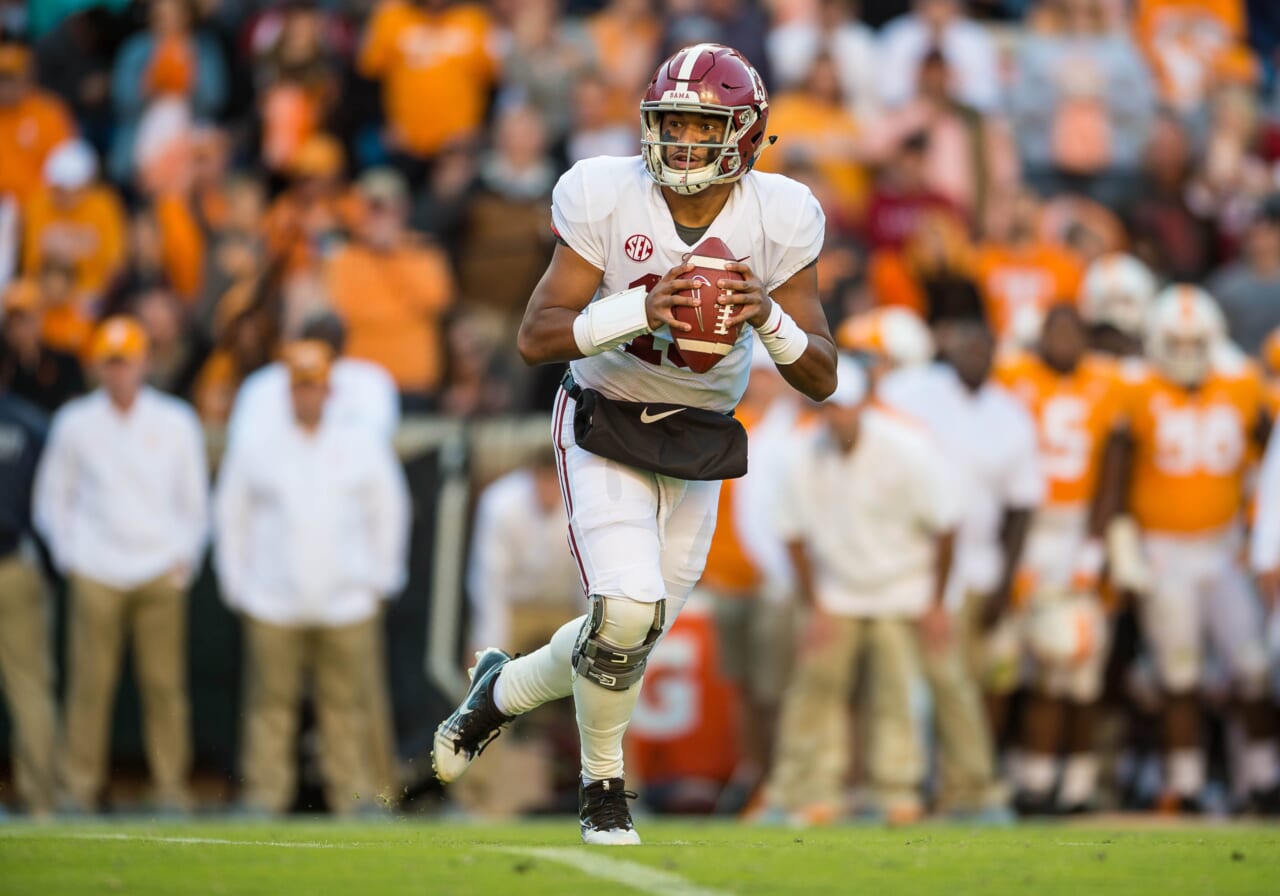 The New York Giants are in the midst of one of the worst 3 year runs in franchise history. They improved in 2018 to a measly 5-11 after going 3-13 in 2017. They fired their head coach in 2017 after only 2 seasons. In the 2019 offseason, they traded away the team’s best player and set off a fanbase that was already unhappy.

All of these low moments in the New York Giants’ franchise history could go away soon. An era is coming to an end soon, whether the Giants want to admit it or not. Eli Manning has been with the Giants for 15 years. 2019 will be his 16th season. Manning brought the Giants 2 Super Bowls in his career. But, as the saying goes, all good things must come to an end.

Manning, at 38 years old, only threw for 21 touchdown passes in 2018. In 2017, he threw only 19 touchdown passes. This is not the type of production one would expect from a quarterback making over $20 million per year.

The Giants will need to make a change at the quarterback position soon. Even general manager Dave Gettleman can admit that. There are options in the 2019 offseason, however, there are options outside of the 2019 offseason too. Some fans might think it is a good idea to wait until 2020 or later for a quarterback. However, there is one big reason why the Giants should not wait.

The 2020 Draft Class Is Not Set In Stone

The 2020 NFL Draft class is expected to be an exceptional class for the quarterback position. However, fans and analysts need to temper their expectations.

The class is set to feature three big names: Jake Fromm, Justin Herbert, and Tua Tagovailoa. Justin Herbert will be a senior in 2019, so he will definitely be in the 2020 NFL Draft. Unfortunately, the same cannot be said about the other two prospects.

Jake Fromm and Tua Tagovailoa are going to be juniors in 2019. This means they will be draft eligible, but they are not guaranteed to declare for the draft. Many fans got their hopes up in 2018 about Justin Herbert. They believed he would declare for the 2019 NFL Draft class and the Giants would be in the Herbert sweepstakes.

Unfortunately, Justin Herbert decided to stay in school to complete his senior year. The reason it is dangerous to bank on the 2020 draft class is the fact that Tagovailoa and Fromm can do exactly what Justin Herbert did. Some players dream to play through their senior year, so no one really knows what the 2020 class will look like.

Jake Fromm plays for a talent-filled Georgia team that has the potential to compete for National Championships over the next two years. The same goes for Tua Tagovailoa. Football players love to win football games. It is as simple as that. If Tagovailoa and/or Fromm feels they can win a National Championship as a senior, they might find that opportunity too difficult to pass up on.

Aside from Justin Herbert, there are other notable quarterbacks who decided to play through their respective senior-years of college. Peyton and Eli Manning, Andrew Luck, and Baker Mayfield (just to name a few). So it would not be out of the ordinary if one of the two, or if both of the two (Tua Tagovailoa and Jake Fromm) decided to stay in school through their senior years.

The Giants know who is available in the 2019 offseason. The 2020 offseason is far from being set in stone. Between now and April 2020, a lot can change. The Giants should not waste any more of Saquon Barkley’s career as they attempt to find the next franchise quarterback.