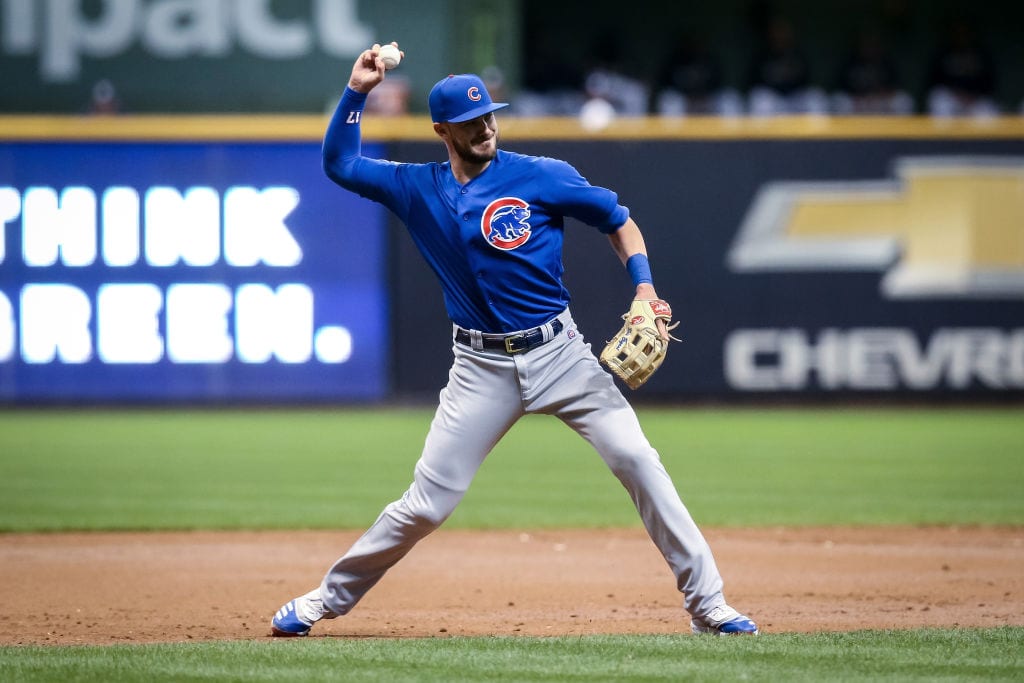 The New York Mets lucked out when Trevor Bauer decided to sign with the Los Angeles Dodgers. They did not overpay for a similar version of Carlos Carrasco and gave them more options before spring training. The Mets roster is already the best in the NL East, but what else could they do to improve it?

How negative could you be? Lmao 😂🤡 I guess Lindor, Carrasco, May, McCann, Lucchesi, etc. aren’t unbelievable additions? Typical negative soul in the media who focuses on the bad rather than the good. Poo-poo take. Lol can’t wait to compete in 2021 with the squad we got! @Mets https://t.co/po4CmGN4Ji

Bauer would have given the Mets a dream rotation, but the Mets did not need him to win a World Series. The current rotation gives the Mets a top-5 group in baseball, and quality depth would make it better. Rich Hill would be the ideal backup plan if Joey Lucchesi does not bounce back or David Peterson has a sophomore slump. Even at the age of 41, Hill would compete with Lucchesi for the fifth starter spot.

The absence of a designated hitter in the National League leaves the Mets with a tough decision in their outfield. Signing Jackie Bradley Jr. gives the Mets four starting outfielders for three positions. The best move would be to give Bradley 2-3 years to have him on the roster once the DH gets to the NL.

Bradley would serve as the fourth outfielder for the first year but start in center field in 2022. The center field for the next two offseasons is very thin. This deal would be done with an eye for the future, but it will be tough to get Bradley to agree on.

Trading J.D. Davis, Jeurys Familia, and a mid-level prospect like Carlos Cortes or Michel Otanez might be enough to get the deal done.  The riskier but more likely move would trade Davis, Nimmo, and a prospect outside the Mets top 30. It would open up two positions for each player, free up money for the Cubs, and give the Mets a dynamic lineup.

The potential lineup of Francisco Lindor, Jeff McNeil, Kris Bryant, Dominic Smith, Pete Alonso, Michael Conforto, James McCann, Jackie Bradley Jr., and the pitcher is very enticing. It gives them the ideal righty/lefty combination they have been searching for.

The trade is a huge ask but a viable option. Acquiring Sonny Gray and Eugenio Suarez would require prospects the Mets cannot afford to trade. The ideal 2021 situation with Bryant equals .275/35/110, a World Series ring, and Bryant receiving a lucrative contract during free agency.

The New York Mets are one of the multiple teams who will head to Austin, Texas, to watch Jake Arrieta showcase what he has left in his tank. Arrieta was coming off the last three seasons with the Philadelphia Phillies and pitched his worst season since 2012.

Arrieta’s effectiveness with his offspeed pitches was the one redeeming quality of his 2020. He threw his slider 23.2% of the time, and batters hit just .178. Arrieta’s changeup had an xBA of .225 and a 30.6 whiff rate. As Arrieta’s sinker declines, he will need the secondary pitches to revive his career.

It is unlikely for the Mets to take a risk on Arrieta unless he shows flashes of his Cy Young caliber years. The Mets do not have a rotation spot to offer him, especially with Trevor Bauer potentially on the horizon. The bulk of their offseason moves show they are looking for younger, more reliable depth options for their starting pitching. 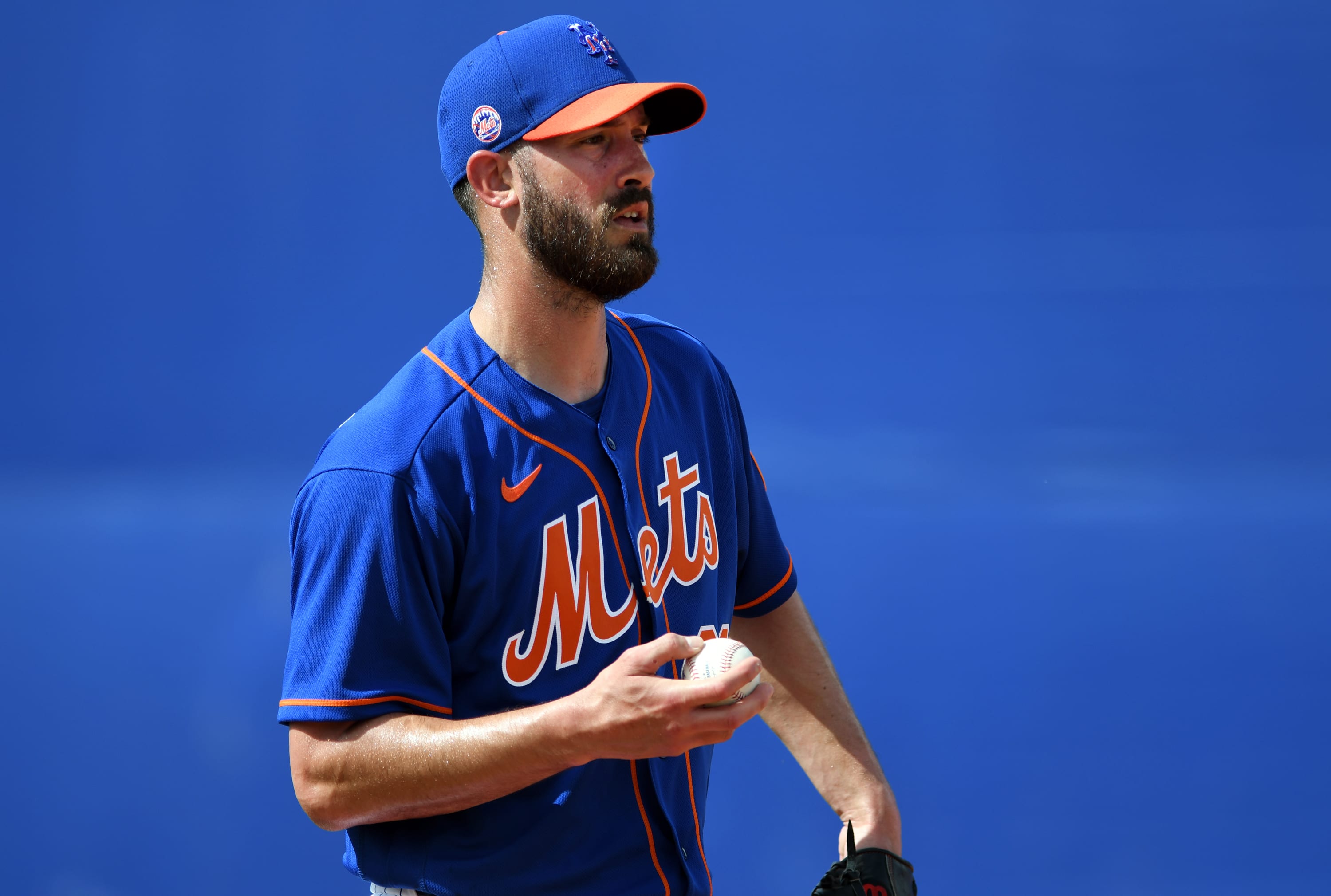 After two straight victories, the New York Mets welcome in the red hot Philadelphia Phillies for a four-game weekend series. It is the biggest series of the season for the Mets, and it is against a team that swept them in their prior matchup in the abbreviated 2020 season.

The Mets come into the series just 1.5 games out of a wild card spot. With the constant failures throughout the pitching staff, they have to feel lucky to have an opportunity to make the postseason. The Phillies have won nine of their last ten, which allowed them to surge up into one of the spots the Mets are trying to chase.

The only way the Mets can maintain success is with a rested bullpen due to their starters going deep into games. Rick Porcello has thrown the second-highest amount of innings, but they have not resulted in success. He has a 6.00 ERA and needs to set the tone with a good start to open the series.

Seth Lugo hopes to get into the fifth inning for the first time this season. He is almost stretched out fully as a starter and has not skipped a beat since returning to the rotation. One more strong start from Lugo, and we could see his ERA drop below two.

Sunday afternoon’s matchup features two premiere aces. Jacob deGrom against Aaron Nola sets up to be a low scoring contest. Both pitchers have previous strong outings against their opponents throughout their careers. Let us not forget that deGrom also pitches his best during day games.

Zack Wheeler also closes out the series, making his first start as an opponent at Citi Field. He won 19 games and had a 4.15 ERA over 60 career starts at Citi Field.

After homering in two consecutive games, Pete Alonso looks to start a hot streak that carries through the rest of the season. Out of all the bats in the Mets lineup, he holds the most weight when he is hitting consistently.