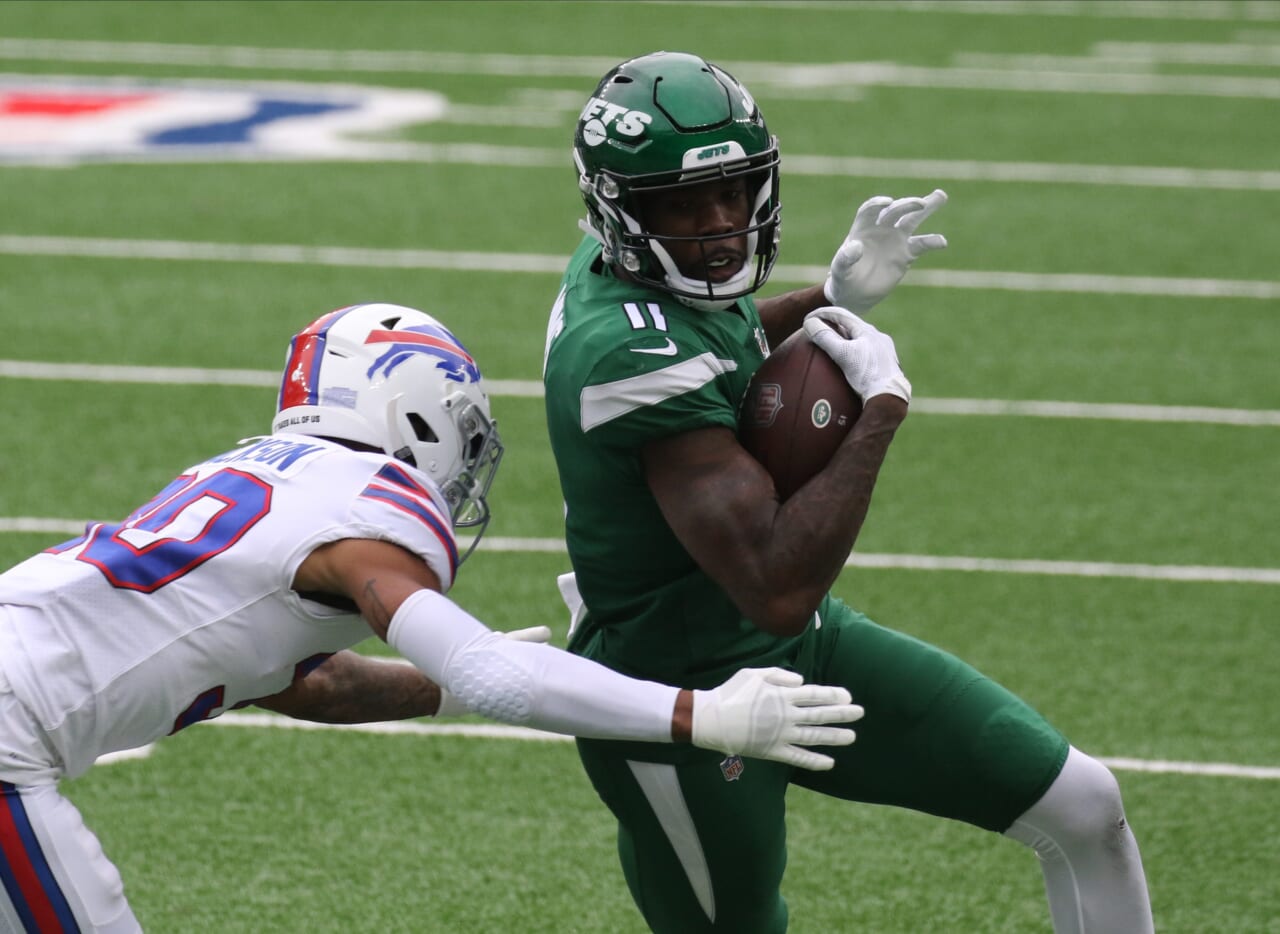 The New York Jets will be missing two top receivers, Mims and Jamison Crowder, for the second consecutive week.

Denzel Mims will not dress for the New York Jets for the second consecutive weekend, joining fellow top target Jamison Crowder. Neither will dress for the Jets Sunday

Mims’ modern endeavors have a point of contention for the 0-2 Jets, as the second-round pick has partaken in only three snaps this season. All of them came on kickoff weekend against Carolina, though one produced a 40-yard reception that set up the Jets’ final score of the day.

New York management apparently still believes in Mims to the point where they are hanging up on trade offers for the second-year receiver, per NFL Network’s Mike Garafolo. But Mims’ inability to contribute on special teams has buried him on the depth chart. The return of veteran acquisition Keelan Cole officially made Mims a healthy scratch. He missed half of his rookie season with hamstring issues after the Jets made him the 59th overall pick of the 2020 draft but managed to tally 357 yards on 23 receptions in nine games (eight starts).

The scratch of Mims comes after Robert Saleh labeled him a “game-time decision” on Friday. New York’s head coach was enthused about Mims’ progress, as he was “pumped” about the week of practice he had.

Also inactive for the Jets is Crowder, the team’s leading receiver over the last two seasons. The veteran slot option has been working his way back after dealing with a bout of COVID-19. Another top option on the depth chart, rusher Tevin Coleman, is out with a non-COVID illness, while La’mical Perine is out for the third straight game. Sixth-round pick Jonathan Marshall will likewise remain a healthy scratch.