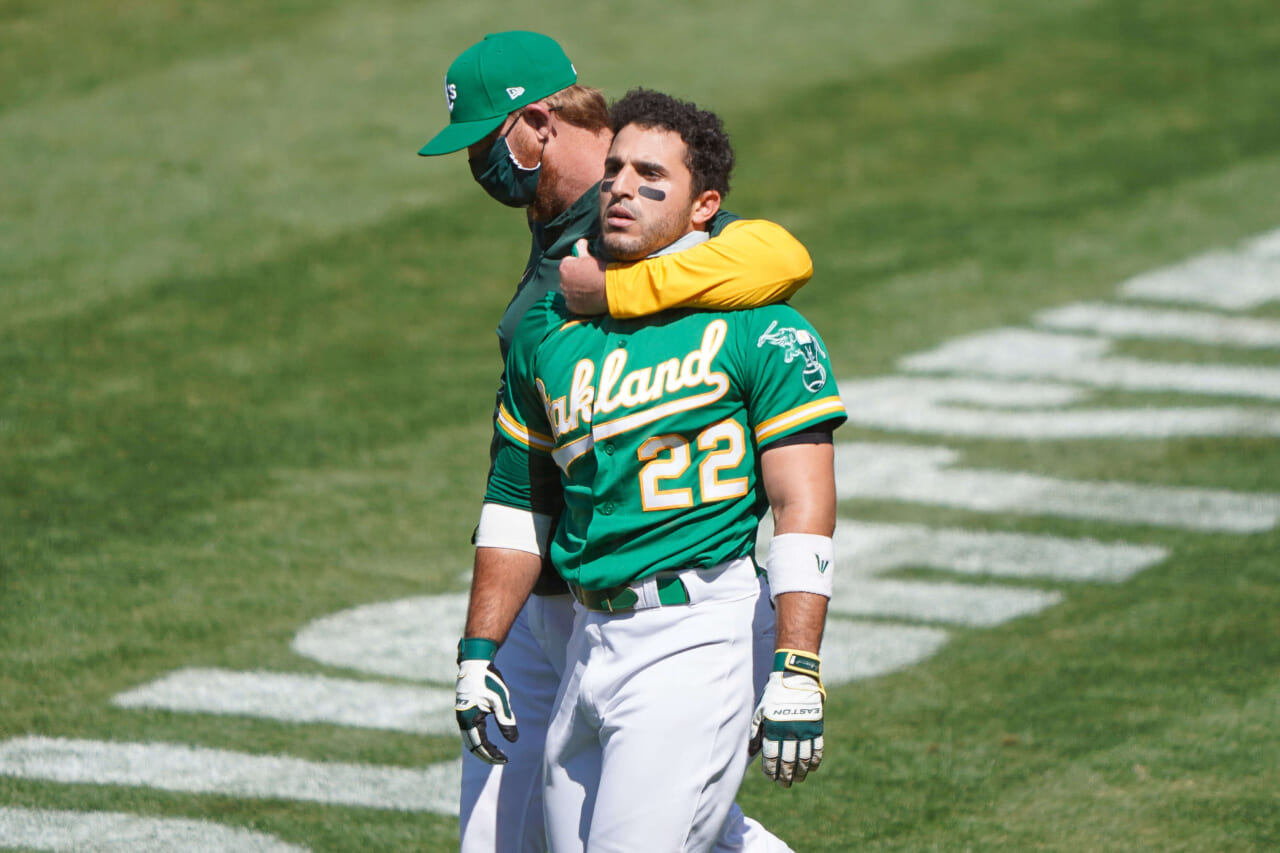 Being hit as a batter is never a fun time, but being hit twice becomes personal. Oakland Athletics outfielder Ramon Laureano, who the Astros traded away back in 2017, sparked a benches-clearing attack against Houston. Laureano began to exchange words with hitting coach Alex Cintron.

What unfolded was not a surprise, considering the negative attention the Astros have received the season. From Los Angeles Dodgers pitcher Joe Kelly throwing out Alex Bregman and Carlos Correaâ€™s heads, Laureano attacking the entire bench doesnâ€™t seem out of character.

The Athletics outfielder was hit in the back twice, once by Brandon Bailey and later on by Humberto Castellanos. Oddly, both pitchers were rookies, as the Houston Chronicle states.

After being hit his second time,Â Laureano was clearly angered and filled with rage. In just his third major league appearance, losing his cool was probably not the best idea. But once again, attacking the cheating Astros seems to be a trend around the league these days.

The melee ended rather quickly, as Laureano charges the bench and catcher Dustin Garneau tackled the Athletic to the ground, putting him in a chokehold.

Interestingly, Astros manager Dusty Baker was ejected earlier in the game for arguing calls made by umpire Nick Mahrley.