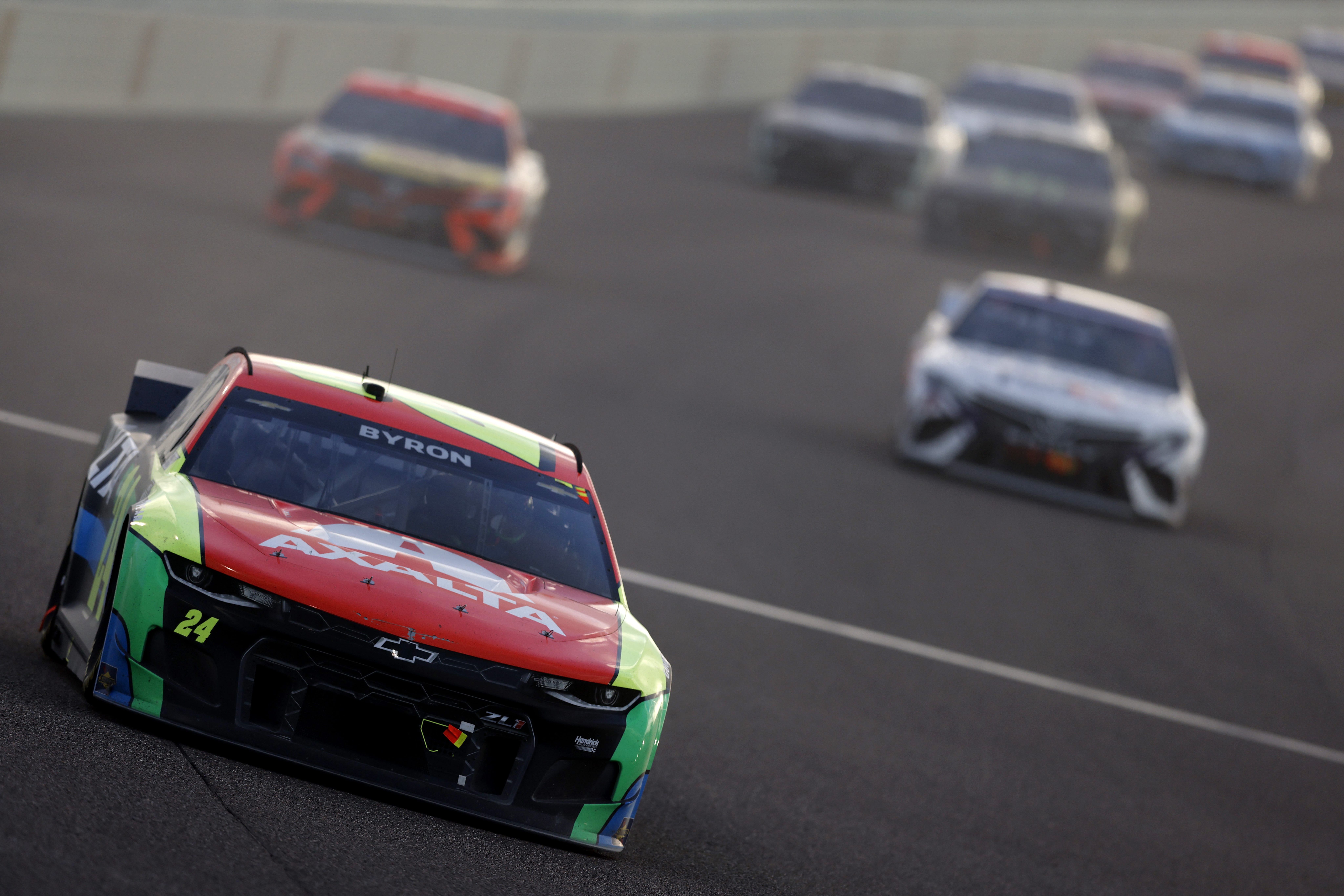 Hendrick Motorsports ruled the day at Homestead-Miami Speedway, as William Byron brought the team’s iconic No. 24 Chevrolet to victory lane at the Dixie Vodka 400. Byron earned his second career NASCAR Cup Series victory, the 264th in HMS history. Hendrick is now four wins away from tying Richard Petty for the most wins as a Cup Series team owner.

Byron took his first extended lead of the race at lap 160 of 267, when stole the second stage victory from Martin Truex Jr. The win in the second 80-lap stage was settled in a single session shootout after Corey LaJoie’s down vehicle brought out a caution. Byron dominated the final 107 laps, leading all but the final eight circuits to secure his first victory since last summer’s regular-season finale at Daytona. His victory in just his third Cup race with crew chief Rudy Fugle, with whom he previously collaborated on seven wins in the NASCAR Camping World Truck Series.

The win was earned shortly after the last caution flag of the day flew at lap 200 for a get-together between Aric Almirola and Ryan Blaney. Byron lost a few positions after the stops, but a strong restart allowed him to swipe the lead from Truex once again by lap 210, a lead earned through a push from his teammate Kyle Larson. He eventually built a five-second lead over the final laps to earn the victory, the first for HMS since Chase Elliott won the 2020 season finale at Phoenix last November.

Byron’s victory is also the first for Chevrolet after Ford and Toyota respectively took the first two events of 2021. Those races, each coming at Daytona International Speedway, put Byron in an early points hole. Wrecks marred the season-opening Daytona 500, as he lost separate cars in his Bluegreen Vacations Duel qualifying race and in a multi-vehicle pile-up in the main event. After finishing a lap down in 33rd last weekend on Daytona’s road course, Byron sat in 29th place in the Cup Series standings. He came into Homestead simply hoping for a strong run but departed with his first career victory on a 1.5-mile track. His best prior finish at such a venue was a fifth-place posting at Kansas last October.

“It was a tough start to the season, but we didn’t really think about that going into this week,” Byron said. “We just thought about executing a good race. It’s always nice when the speed is there, but I feel like we put in the effort to make sure it was, and it was kind of a flawless weekend really.”

With the win, Byron is now more or less guaranteed a spot in the NASCAR Cup Series playoffs. He has reached the playoffs in each of his last seasons, each of those clinches came down to the last event of the 26-race regular season. He is the third different winner in three different 2021 events, joining Michael McDowell and Christopher Bell, who each won in the Cup Series for the first time.

“It’s going to be fun this year,” Byron declared. “I think I’ve spent kind of a lot of my Cup Series career kind of on the bubble of the playoffs and now I don’t have to worry about that. It’s crazy; I’m going to take all that stuff in, and just got a great team, got an awesome crew chief. It’s going to be a fun year.”

Tyler Reddick earned his second top five in as many Cup starts at Homestead, putting on a late charge to finish second ahead of Truex and Larson. Kevin Harvick rounded out the top five. 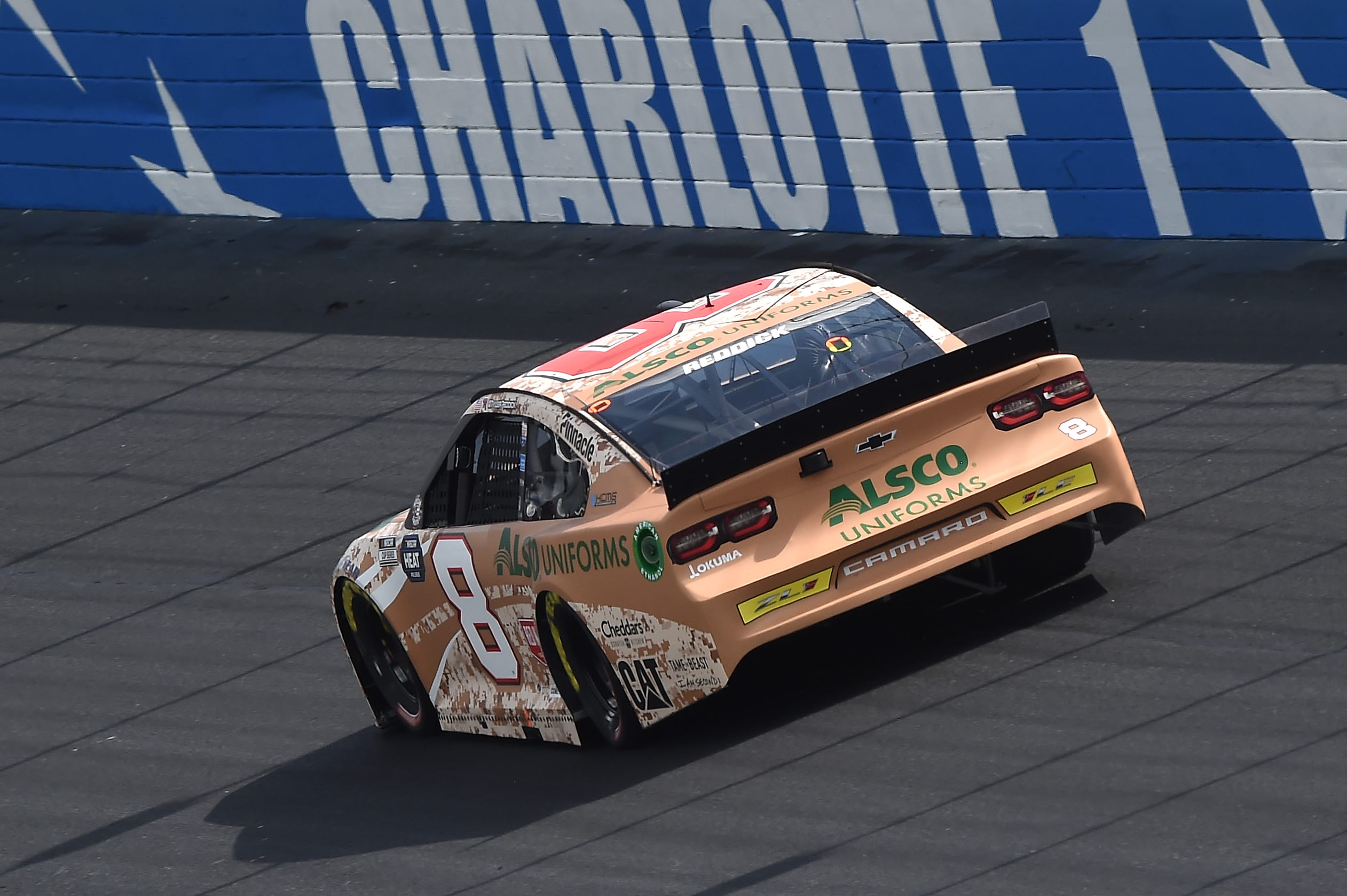 NASCAR Cup Series rookie Tyler Reddick is off to a fast start, as he’s on the cusp of the playoff picture nearly a third of the way through.

Homestead-Miami Speedway may no longer be the site of NASCAR’s championship festivities. But Tyler Reddick is nonetheless looking to fulfill, or at least help solidify, postseason dreams at the 1.5-mile oval.

Reddick is looking to become just the fourth rookie to reach the NASCAR Cup Series playoffs, an endeavor he’s currently 25 points from reaching entering Sunday’s Dixie Vodka 400 (3:30 p.m. ET, Fox). The driver of the No. 8 Richard Childress Racing Chevrolet has finished in the top 20 in all but one of the Cup Series’ seven events since the circuit returned from the coronavirus-induced pause. He currently leads the premier racing showcase’s Rookie of the Year standings over John Hunter Nemechek.

Official as it may be, the rear bumper of his No. 8 Chevy adorned with the traditional yellow rookie stripe, it’s hard to truly give Reddick the freshman label. The 24-year-old Corning, California native has earned a combined 12 wins in NASCAR’s lower-tier national circuits, the Xfinity and Truck series. South Beach has already been a regular host of Reddick’s championship parties, as he visited the winner’s circle over the past two autumns to celebrate not only his consecutive victories in the Xfinity Series’ 300-mile event but also the last two titles in NASCAR’s equivalent of AAA-baseball. Other hoisters of multiple Xfinity titles include Dale Earnhardt Jr., Kevin Harvick, and Martin Truex Jr.

Between the two lower circuits, Reddick’s worst Homestead finish is a third-place posting in the 2015 Truck Series event. But his non-rookie demeanor carries on through his prerace statements, as he knows no number of “minor league” wins will guarantee success in the Cup version.

“I just have to stay on my toes. We’re working really hard to just bring the best car that we can and, from there, it’s going to be important to keep on top of the balance,” Reddick said in a Thursday afternoon press conference. “The track is going to lay rubber, it’s going to change. Just staying on top of those things are important. I think keeping on top of the balance, staying ahead of the curve of the race track as it changes will be very important. The veterans of our sport understand that very well, so we’re just going to have to dig down deep and really make sure that we don’t go too far or go to little on the adjustments we need to make when the track does change.”

The coronavirus hiatus and a roller-coaster season has put Reddick through a trying rookie season. He ran with the leaders for most of the final race before the pause at Phoenix Raceway back in March, but a late crash took him out of contention. A multi-car incident also ended his Bristol endeavors early, putting him in an 18th-place hole in the current standings. After Sunday, 14 races stand between the drivers and the late summer cutdown to 16 championship contenders at Daytona International Speedway.

Reddick’s quest to make up the lost ground on both the asphalt and the leaderboard has the added obstacle of dealing with a crowded schedule as NASCAR attempts to run the entirety of its 36-race Cup Series slate. Sunday’s trip to South Beach will be the third Cup Series event over the last seven days. The marathon nature of the Cup circuit has only been exacerbated by the cancellation of on-track practice (to limit events to one day at the facilities) and sweltering conditions brought on by visits to locales like Miami, Atlanta, and Martinsville, Virginia in the late stages of spring.

Reddick, however, is taking the endless wave of calamity with stride. Cup races have been a bit longer than he’s used to, but, like any sport, he’s been studying game film and new techniques to get ready.

“Preparing for these races has been more important than ever before, whether it’s the hydration factor,” Reddick said. “our body’s not used to that and it’s hard. It’s hard for mine because I haven’t been Cup racing long and it’s hard for anyone that’s just used to running just one race or one event a weekend. So, that’s been tough, but we’re catching up to it and we’re really focusing on the hydration and preparation for the heat going into Homestead.”

Team efforts have been crucial at RCR, which is looking to send multiple drivers to the playoffs for the first time since 2015. Reddick took the time to praise his veteran teammate Austin Dillon, who is 19 points ahead of him in the standings and six tallies behind William Byron for a playoff spot. The driver of the No. 3 Chevrolet has had a calming effect in this topsy-turvy year, almost labeling him as a living, breathing practice session.

“Austin breaks down the cars and the performance of them in different ways than I even think about,” Reddick said of the 2018 Daytona 500 winner. “The things he brings to the table are different than I could ever offer and our differences, hopefully, and have at times this year, been very beneficial in bringing together a great product when we were able to practice and debrief after those sessions.”

On-track exploits aren’t the only environments where Reddick has displayed his sagacity. He was one of the first drivers that eschewed the notion of “sticking to sports” in the wake of the current events in the United States. As protests and demonstrations against police brutality and white supremacy rose in all 50 states, Reddick shared an image of George Floyd on his social media accounts, accompanied by the message “I want to let everyone know out there, I hurt with you and I stand with you” and tags such as “#BlackLivesMatter” and “SystematicOpression”. Floyd was an African-American man who was killed at the hands of Minneapolis police officers. Many drivers have followed him in his early footsteps.

Drivers who have spoken out have faced scrutiny for tackling issues off the track and Reddick has been no exception. But there was never any hesitation in terms of speaking for the No. 8 Chevrolet’s driver.

“For me, I didn’t care about backlash. To me, it’s very simple: we’re all human beings, so why should you be treated differently because of the color of your skin. That’s not right. For me, it was a no-brainer. I didn’t care about the backlash. Those that had negative things to say, they clearly don’t fully understand what’s going on. It was the right thing to say and I felt compelled to say something.”

Reddick was also supportive of NASCAR’s recent ban of the Confederate flag, which went into effect hours before last Wednesday’s Cup event at Martinsville. He’s hoping the changes and displays of unity offered by both the drivers and NASCAR as a whole remain prevalent as normalcy starts to creep back into American society.

“When the headlines finally clear and it goes back to a sense of normalcy, if you will, it’s just important to remain adamant that we need to go out there in our communities…we need to go vote and get the right people that we feel that are going to make those changes that we’ve been crying out for the last couple of weeks. (We can’t) lose sight of that. (We have to) stay diligent and not lose sight of what’s important here.”

The No. 8 Chevrolet will start 24th on Sunday afternoon.