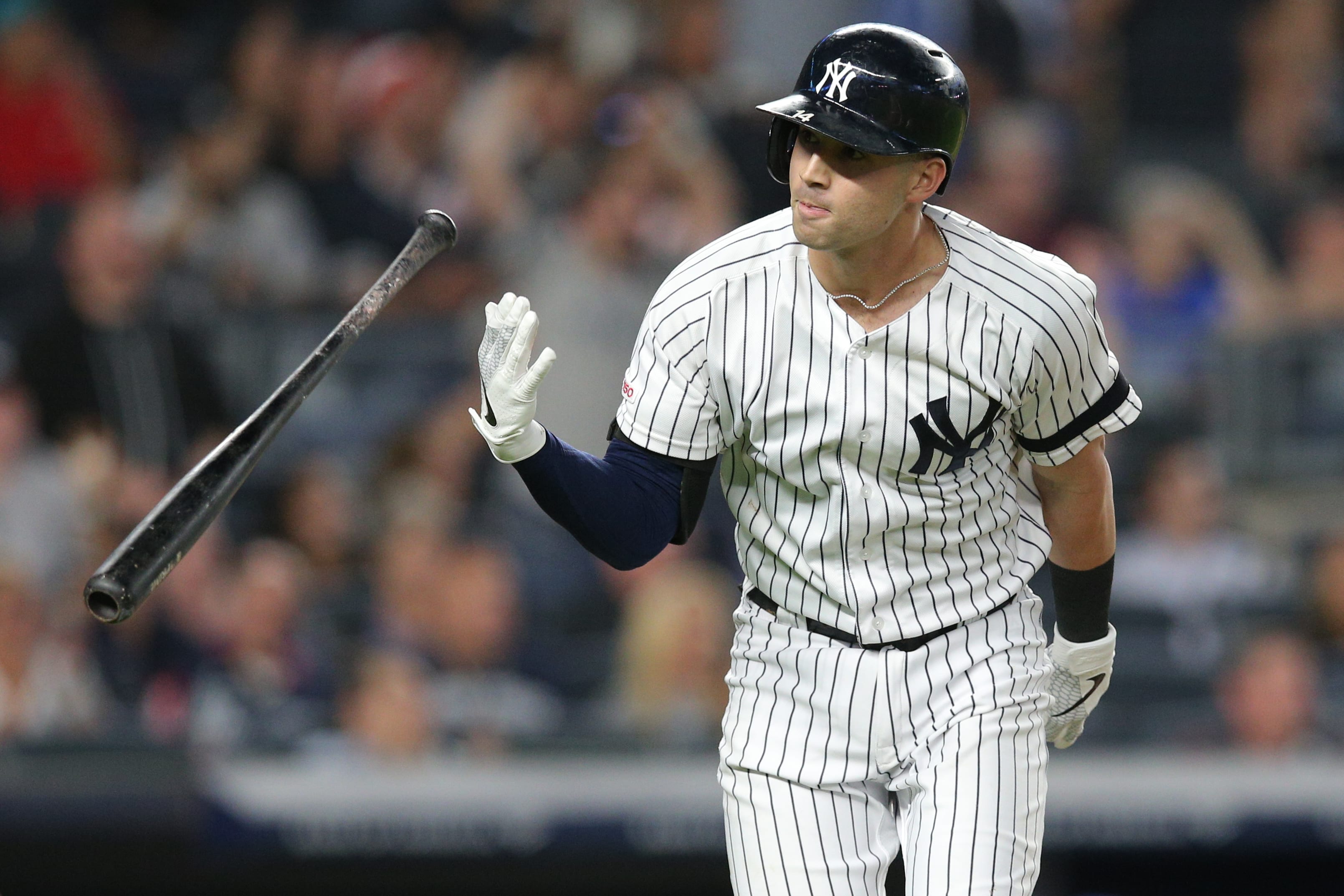 If Brian Cashman made decisions about the New York Yankees based on fan’s social media imprint, the team would be focused on 3 things right now. First is resigning Dellin Betances and signing Martin Maldonado. The New York Yankees are trying to move JA Happ to make room for Gerrit Cole’s contract. Betances would be expecting more than the $7.1 million he made last year, and Maldonado’s agent will be getting him more than $5 million, bringing the combined salary total to over $12 million. Plus, the team is all in on Kyle Higashioka, so neither is going to happen (while I think letting Betances walk is a mistake).

The last is signing/trading for left-handed hitters. The team is not worried about it, why are the fans?

When I was in little league, I was a pure lefty. With the Yankees projected lineup for next year, we’ll be just fine with just Gardner in the lineup. Torres, DJ, Stanton, Judge, and Luke Voit all have the regular capability of going deep to the right field. Also, it’s only 314 to the left field. It’s the same distance to the right. So we have 6 guys in the lineup with the capability of going deep to right field. 5 of them are right-handed hitters.

Where Would We Play Them?

Kyle Shwarber is a left fielder/first baseman who’s a defensive liability. Voit and Stanton are better defensively than Shwarber, so where would you play him? Josh Bell is the first baseman. You got Voit, DJ, and Ford at first. Why would you trade for Bell? Yankees fans want to sign Jason Kipnis. He’s a second baseman/outfielder. He’s not going to play over DJ, Gardy, Judge or Stanton. So why waste money on him?

We Gotta Be Smarter Than This

Getting left-handed bats just for the sake of having left-handed bats means you have to sacrifice. It will mean giving up all our best prospects in January for someone who can bust as a Yankee before spring training starts. Yes, we haven’t won since 2009, but our team as constructed can win 5 championships in the next 7 years. Don’t screw it up because you’re scared there aren’t too many lefties in the lineup. Just calm down everyone. Pitchers and catchers haven’t even reported yet.

The New York Yankees made headlines this weekend. Well, lesser headlines than cutting Jacoby Ellsbury. And slightly less controversial than the Yankees plans to file a grievance so they don’t have to pay Ellsbury the complete $26 million severance package to make Ellsbury go away.

And it wasn’t about signing a boffo free agent.

So What Did The Yankees Do?

The New York Yankees are the first team in baseball to hire a full time female hitting coach. Her name is Rachel Balkovec, and she’ll be a roving hitting instructor for our minor league clubs. She got her start as a strength and conditioning coach for the St. Louis Cardinals minor league system. From St. Louis, she moved onto the Houston Astros organization, where she met one of the Yankees’ current minor league hitting coordinators, Dillon Lawson.

Some guys may see her past titles as “strength and conditioning coach” for St. Louis and Houston and wonder “Why is she being hired to teach our players to hit?”

In a report from Yahoo! sports, she has two masters degrees in the science of human movement. We’ve all seen what these major leaguers are doing in their batting stances. All the crazy body positions, the leg kicks, where they position their bats when waiting for a pitch, it’s all movement-related. So now, all these young players in the minors are tweaking their swings to line up with all the latest hot lingo regarding hitting (launch angle, bat speed, exit velocity, basically what Ted Williams spoke about in his book, The Science of Hitting, but on steroids).

And all you have to do is just watch a full season of baseball to hear the announcers talk about what changes hitters are making at the plate to improve their swing. Eliminating a leg kick, shortening their swing, keeping their hips squared deeper in the swing, all of this is based on human movement. And it all will directly affect things like bat speed velocity, launch angle, and overall contact.

Plus, in the same Yahoo! sports article, as well as an article from USA Today, Lawson had this to say about Ms. Balkovec: “It’s easy to see why they chose Rachel for this role. She’s a good hitting coach, and a good coach, period.”

It’s reported that she will report to spring training in Tampa on February 1st.