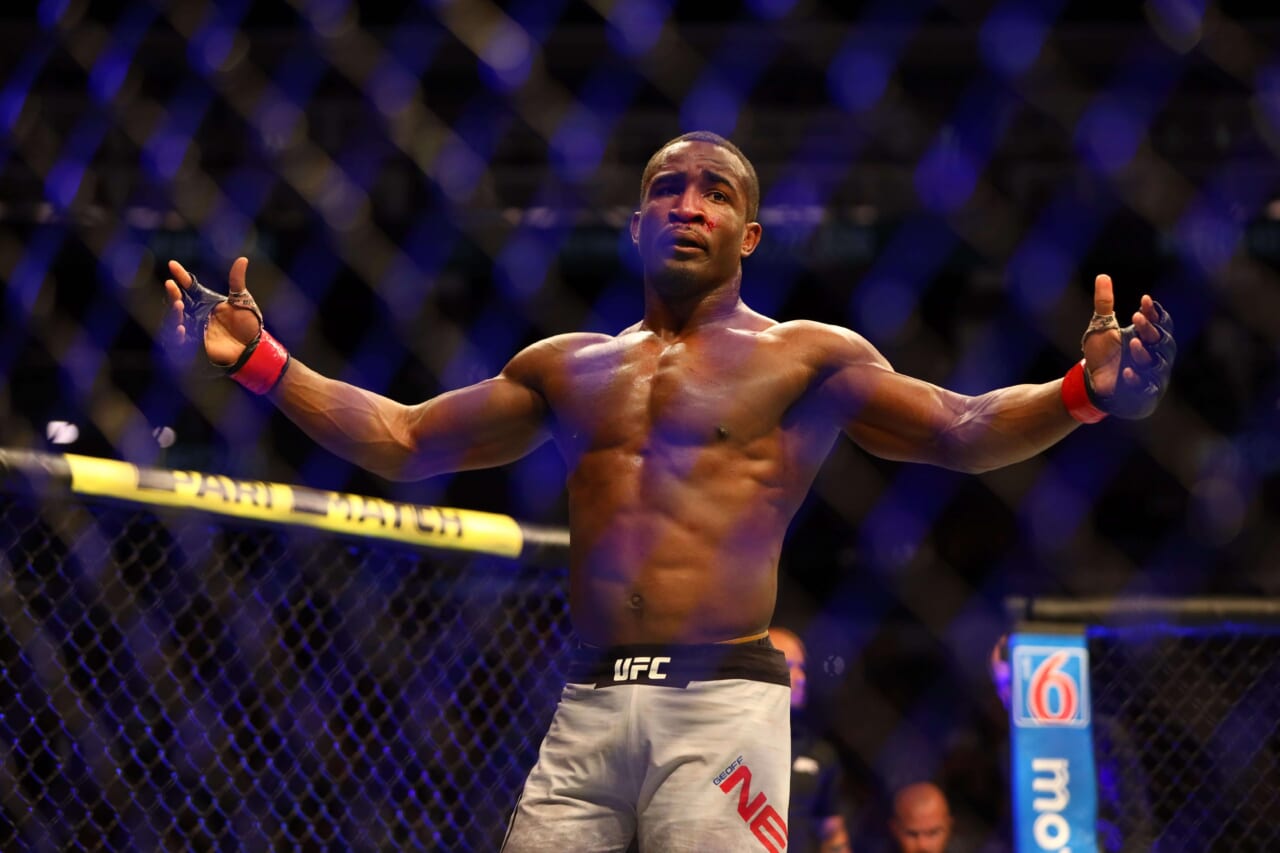 This past Saturday night at UFC Vegas 17, Geoff Neal (13-3) got his first headlining opportunity against former title challenger, Stephen “Wonderboy” Thompson (16-4-1). It was also Neal’s first UFC fight of 2020.

The rising contender hasn’t had the best of years in 2020. After Neal knocked out Mike Perry last December at UFC 245, the promotion really struggled to get Neal a fight. Nobody in the division wanted to fight him.

Because of the lack of offers coming in, Neal returned to work as a waiter at a steak restaurant in his home town. Finally, the UFC was able to secure Neal a fight against top 15 contender, Neil Magny.

However, Geoff Neal had to pull out of that fight after he dealt with a health scare. Once Neal was finally healthy and could train again, the promotion signed him up to face the former title challenger, Wonderboy Thompson.

Neal has looked sensational since joining the UFC. He had been 5-0 against really good competition with four finishes. Honestly, I thought he was going to be able to beat Thompson and make that next jump into being a title contender.

However, that didn’t happen Saturday night. At UFC Vegas 17, Wonderboy Thompson completely outclassed Geoff Neal. Neal had to deal with a cut over his eye that he suffered due to an accidental headbutt, but even without it, I’m not sure he could’ve won on Saturday.

Geoff Neal had an incredibly difficult time getting on the inside Saturday night at UFC Vegas 17. Wonderboy did a really good job of catching Neal coming in and as a result, Neal couldn’t string together any meaningful offense.

The final scorecards read as a shutout with all three judges giving Wonderboy all five rounds. It was the first setback in the UFC career for Geoff Neal. So after the loss, what’s next for Handz of Steel?

This was a really tough matchup for the rising contender. Wonderboy is a nightmare to deal with and he proved to be a puzzle that Neal couldn’t solve just yet. However, Neal is still a very exciting contender for the UFC‘s welterweight division.

In looking at the rankings, there are a couple of matchups that could make sense for Neal. One of those being Vicente Luque. Luque was in a very similar spot as Neal was last November.

Luque was the rising contender who lost to Wonderboy. Now, he’s won two-straight to get back on track. Currently he’s ranked tenth in the division. Another option could be the matchup with Neil Magny.

Magny is currently ranked ninth in the UFC‘s welterweight division and that was the fight that was supposed to happen originally. I think the fight still makes sense and could keep Neal relevant in the top ten if he’s able to win. 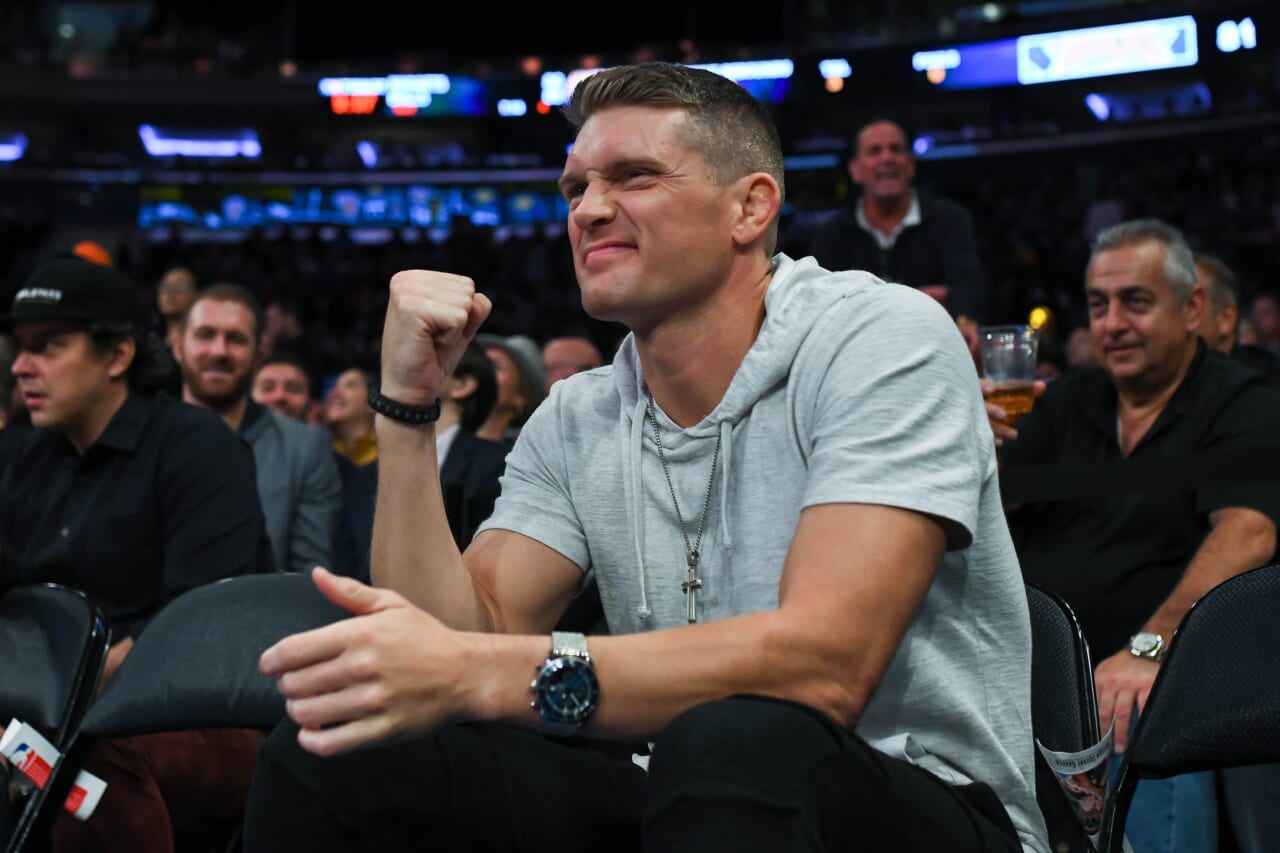 Today we heard some pretty terrible news regarding the highly anticipated UFC Vegas 17 card. The original headliner between Leon Edwards (18-3) and Khamzat Chimaev (9-0) was called off. Edwards tested positive for COVID-19.

Despite the fight still being a few weeks away, Edwards would not be able to compete. Sources told ESPN’s Brett Okamoto that Edwards was so sick that he lost 12 pounds and had to stop training for the UFC Vegas 17 main event.

Just a crushing blow for a fighter who’s already been through a lot in 2020. The current plan for the UFC is to move the fight back to some point in early 2021. A landing spot could be UFC 257 on Fight Island although nothing is close in terms of rescheduling.

With that in mind, the current plan is for the UFC to promote Stephen “Wonderboy” Thompson (15-4-1) and Geoff Neal (13-2) to the main event slot. The highly anticipated welterweight matchup will still be a very high quality main event.

Despite the depressing news about the Edwards – Chimaev fight falling through, there is still plenty of reason to be excited about UFC Vegas 17. The main thing is that the card is absolutely stacked and the new main event is a good one.

Wonderboy will be making the walk for the first time since he dominated Vicente Luque last November. Thompson is looking to get back to another UFC title shot and if he’s able to win on December 19th he will be one step closer.

Wonderboy will enter the cage currently ranked fifth in the welterweight division. Standing across from him is one of the brightest prospects in the entire UFC. Geoff Neal is a nightmare who lives up to his nickname, “Handz of Steel.”

Neal first came onto the scene on Dana White’s Contender Series back in 2017. Since then he’s fought five times in the UFC and he’s unbeaten. He’s finished four of those fights including wins over Mike Perry, Niko Price, and Belal Muhammad.

This is a big step up in competition for Neal, but if he’s able to win, he’s not far from a UFC title shot. I’ve been excited to see Neal get back into the cage and this is the perfect opponent. December 19th should still be an insane night for fight fans.