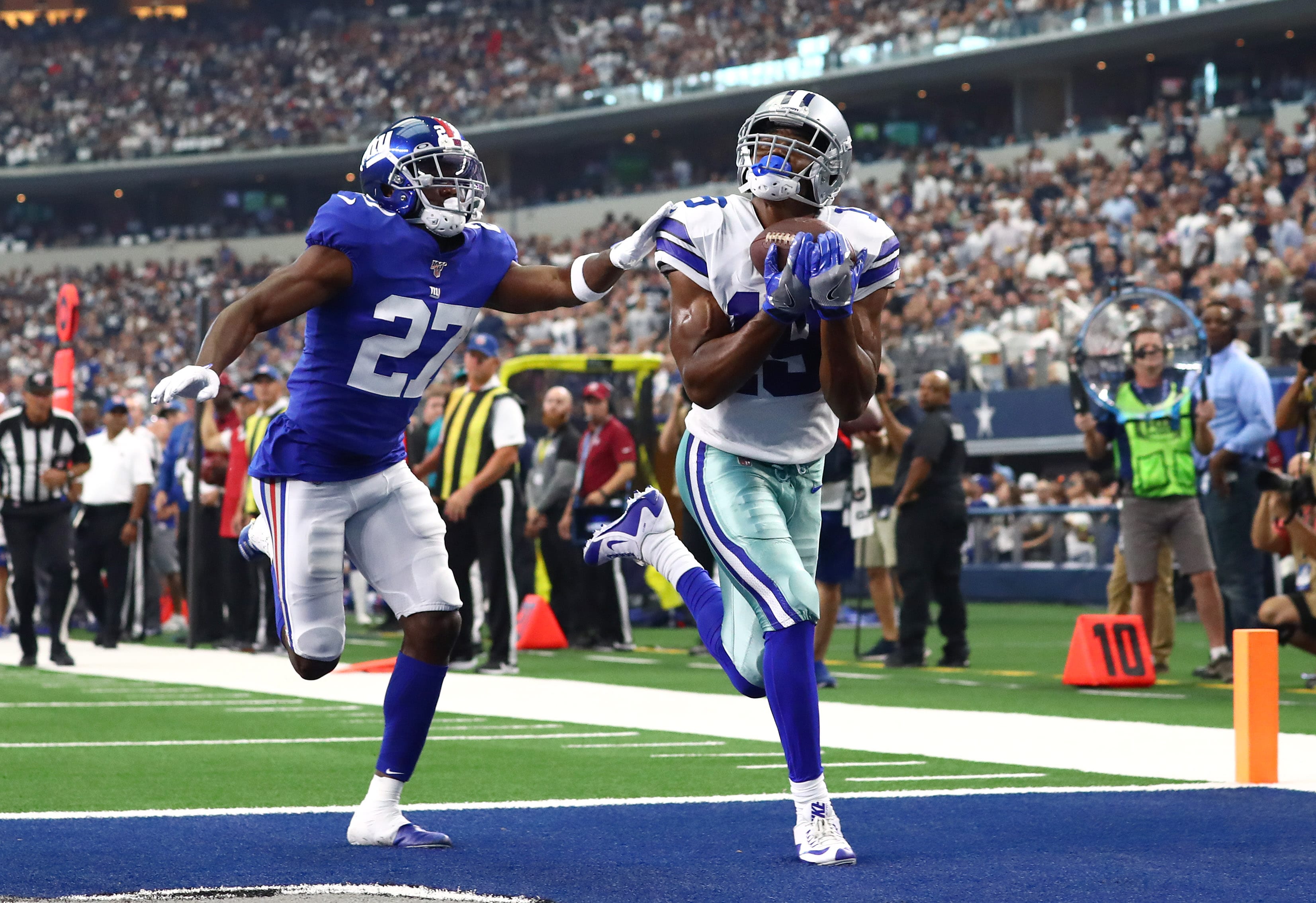 With the NFL Draft rapidly approaching, over the next few days I plan on breaking down the best and brightest talents in this years class. This Wide Receiver class is INCREDIBLE. This top 5 could’ve been a top 15. There are 15 guys in this class who are game changers in any draft. I’m very excited to see where they all land, here are my top guys and who I compare them too.

Jeudy is the most complete receiver in this draft class in my opinion. Jeudy has really good speed and is one of the best route runners I’ve seen in recent memory. Jeudy is an ideal #1 receiver for the future. Jeudy has the potential to be a game changing receiver and he can open up the field for other players. Jeudy is very similar to Cooper in the backgrounds both men have and the way they give other players opportunities.

Lamb is the 1B of this class. Jeudy is a better route runner, but Lamb is better at running deep routes and snagging the 50/50 balls. Lamb is the kind of guy that can kill you over the top or be a short threat and get some yards after the catch. Lamb has high potential and if he develops further as a route runner, he has All Pro level potential. Lamb has the potential to be as good as Hopkins.

I’ve heard a lot of comps for Ruggs to Tyreek Hill or Sammy Watkins. Quite frankly, I think Ruggs is tougher than Ross and more durable, but he’s not much better. Ruggs has game breaking ability and an undeniable play making potential. Ruggs just doesn’t strike me as a #1 guy. Ruggs is such a good played, but he seems to be slightly over projected in where he really SHOULD be picked. I like Ruggs, a lot, but the potential to be a bust is prominent, but the potential to be what John Ross could’ve been is there.

I saw Lance Zierlien make the comp to Jennings here and I love it. Jennings was a very good, high IQ player. He was better in the slot and talented in the red zone. He also excelled when his QB excelled, not the other way around. Jefferson needs to prove he isn’t just a flash in the pan because of Burrow’s incredible play. If Jefferson can do what he did at LSU and put up video game numbers, he’ll be the next great wide out. If he falls somewhere in between Jennings and elite wideout territory, that’d be a great pick for any team and the fulfillment of Jefferson’s peak potential.

At the Senior Bowl, Mims caught a lot of people’s eyes. He was unbeatable in one on one match ups. Mims is a unique blend of size and speed. Mims has a really good catch range and is very lengthy. Mims has some risk, but I think he could be a very good outside receiver at the next level. The catch radius he has and his size is similar to Marshall.

I was tempted to stick Shenault over some of the other guys on this list. Early on I would’ve had him as the third best wideout in this class. He’s a game breaker. He’s dynamic, and he’s an absolute beast. Durability concerns have plagued Shenault and dropped his stock. If Shenault impressed in interviews and in medical testing, he could be a surprise high day 2 pick. Shenault is a really good talent and if he stays healthy, could be an incredible steal.