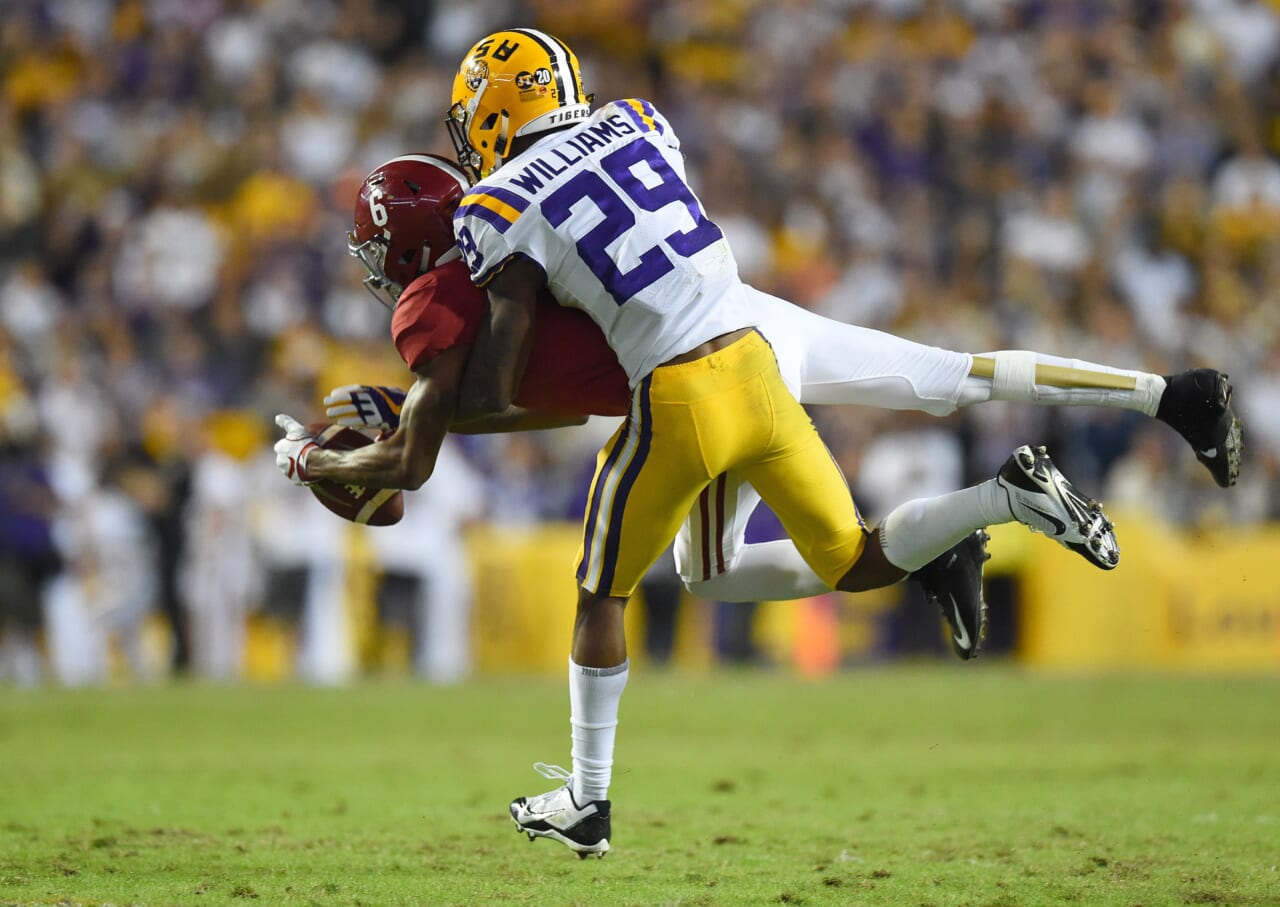 The New York Giants will head into the 2019 NFL with a lot of young talent on defense. The Giants will almost certainly be investing in an elite defensive prospect with the 6th overall pick in the 2019 NFL Draft. However, this is not the only draft pick that the Giants can find a defensive centerpiece.

The Giants also have the 17th overall pick in the draft. They received this pick by trading away Odell Beckham Jr. to the Cleveland Browns. This draft pick gives the Giants tons of options in the draft. The Giants will likely try to fit a big need with the 17th pick.

Greedy Williams is a tall, athletic cornerback out of LSU. Lousiana State University has produced some great NFL defensive backs recently (Patrick Peterson, Tyrann Mathieu), and Greedy seems to be the next great prospect in line.

Greedy Williams was not the most statistically productive cornerback in his 2018 collegiate season, however, he has plenty of traits that will make NFL scouts fall in love with him. Greedy has more than ideal size for his position. At 6 feet 2 inches, 185 pounds, Williams will be a physical cornerback who can match up with any receiver.

Greedy’s size is just the start and not the end of his physical gifts. Williams is also an incredibly gifted athlete. He showed off his elite speed at the 2019 NFL Scouting Combine with a 4.37s 40-yard dash. This speed was always on full display in college. Greedy matched up with plenty of vertical threats and shut them down.

In 2017, Greedy Williams was a true playmaker. He totaled 38 tackles, 1.5 tackles for loss, 6 interceptions, and 10 passes defended. Greedy did take a step back in 2018 with only 2 interceptions but still flashed his potential on numerous occasions.

Greedy Williams could bring some great physicality and energy to the Giants’ secondary. The Giants would instantly improve their defense by drafting Williams. With his length, speed, and physicality, Greedy will be an instant-impact player once he gets in the league. 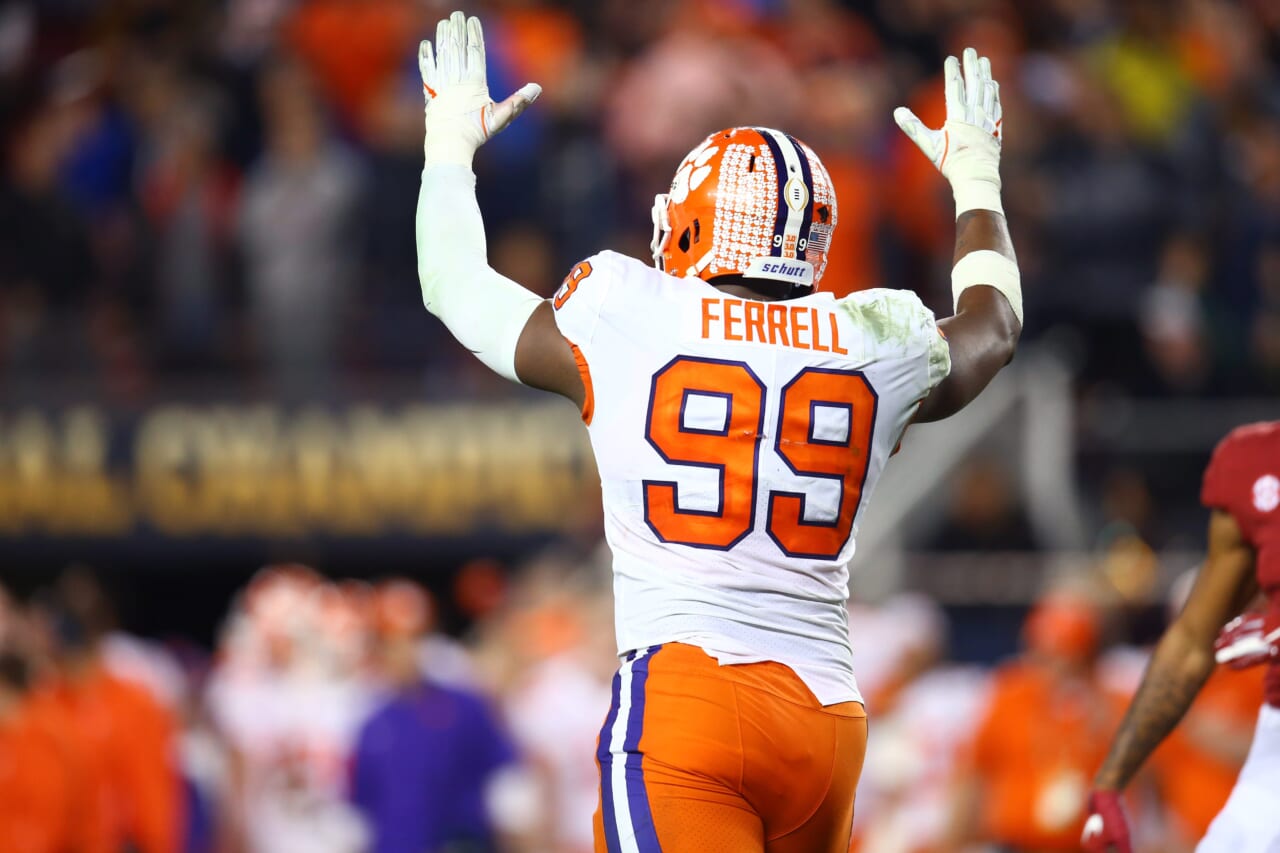 The Giants may not select a quarterback in 2019, and if they do not, there are plenty of options on defense for the Giants to draft.

The 2019 NFL Draft Class is absolutely loaded with defensive talent. The Giants’ defense was one of the worst in the NFL in 2018. General Manager Dave Gettleman has pointed this fact out and vowed to improve the defense in 2019.

A great way to improve the defense is through the draft. Obtaining quality young talent on defense to progress at the next level is key to building a contending roster. CBS Sport’s 2019 NFL Draft Prospect rankings include 13 defenders in the top 15 best prospects this year.

A pair of playmaking cornerbacks have been mocked consistently in the top 10. Byron Murphy out of Washington and Greedy Williams out of LSU.

Byron Murphy was Pro Football Focus’s top graded cornerback in 2018 with a 91.9 overall grade. Murphy only played two seasons of college football as he was redshirted his freshman year. However, those two years were enough for Byron to prove himself worthy of being in the NFL. In 2018, Murphy was a true playmaker, as he had 4 interception (1 for a touchdown) and 13 passes defended.

Washington CB Byron Murphy has some flaws to his game, but he is a premier cornerback with conceptual instincts, ball skills, mobility to transition smoothly and required toughness to be trusted vs. NFL wide receivers.

Greedy Williams is a lengthy cornerback who also played only two seasons in college. Greedy is listed at 6′ 2″, 182 pounds. His build is reminiscent of another great LSU cornerback who has made his mark in the NFL: Patrick Peterson. At LSU, Williams had 8 interceptions and 19 pass breakups in his two seasons. According to Pro Football Focus, Williams allowed only a 39.7% catch rate while targeted in coverage. If Williams can be as shut down in the pros as he was in college, then he is well deserving of a top 10 pick.

The appropriately named Greedy Williams with a huge pick for @LSUFootball. pic.twitter.com/LIWvaY8EXm

The top of the draft will certainly feature multiple edge defenders being selected. The top edge prospects, such as Nick Bosa and Josh Allen, probably will not be available by the time the Giants are on the clock at 6. However, a couple of other top prospects should be.

Clelin Ferrell was a key piece on Clemson’s National Championship-winning defense. PFF recorded Ferrell gaining 52 total pressures in 2018, being an absolute force to be reckoned with. He showed consistent growth in college, improving in tackles, sacks, and tackles for loss in each year he played. He capped it off with a dominant junior year in 2018 that featured 20 tackles for loss and 11.5 sacks. Check out Clelin Ferrell powering through the draft’s top lineman prospect in the National Championship game:

Another edge rusher who has seen an increase of interest in recent months is Jachai Polite out of the University of Florida. Polite has elite speed and finesse off the edge that allows him to blow past offensive tackles and get to the quarterback. He posted a 91.4 Pro Football Focus pass-rush grade in 2018. Jachai’s 42 total pressures proved he was a consistent and effective rusher at the college level. Translating his skills to the NFL could lead Polite to be the next best edge rusher in the league.

One other player that could be in play at the 6th pick is not an edge rusher nor a cornerback. Another LSU product, linebacker Devin White has potential to be an elite talent at the next level. White has all the physical tools he needs. He has the perfect build to be an NFL linebacker and the speed to go sideline to sideline. On top of that, Devin is an effective pass-rusher. He totaled 30 pressures on 86 pass-rush attempts. White totaled 120+ tackles in each of his final two seasons at LSU. The Giants have not had elite production from the linebacker position in years, and 2019 could be the year that changes.

Devin White has every attribute you look for in an ILB! You just canâ€™t teach speed! pic.twitter.com/QXdJJiHP1Y