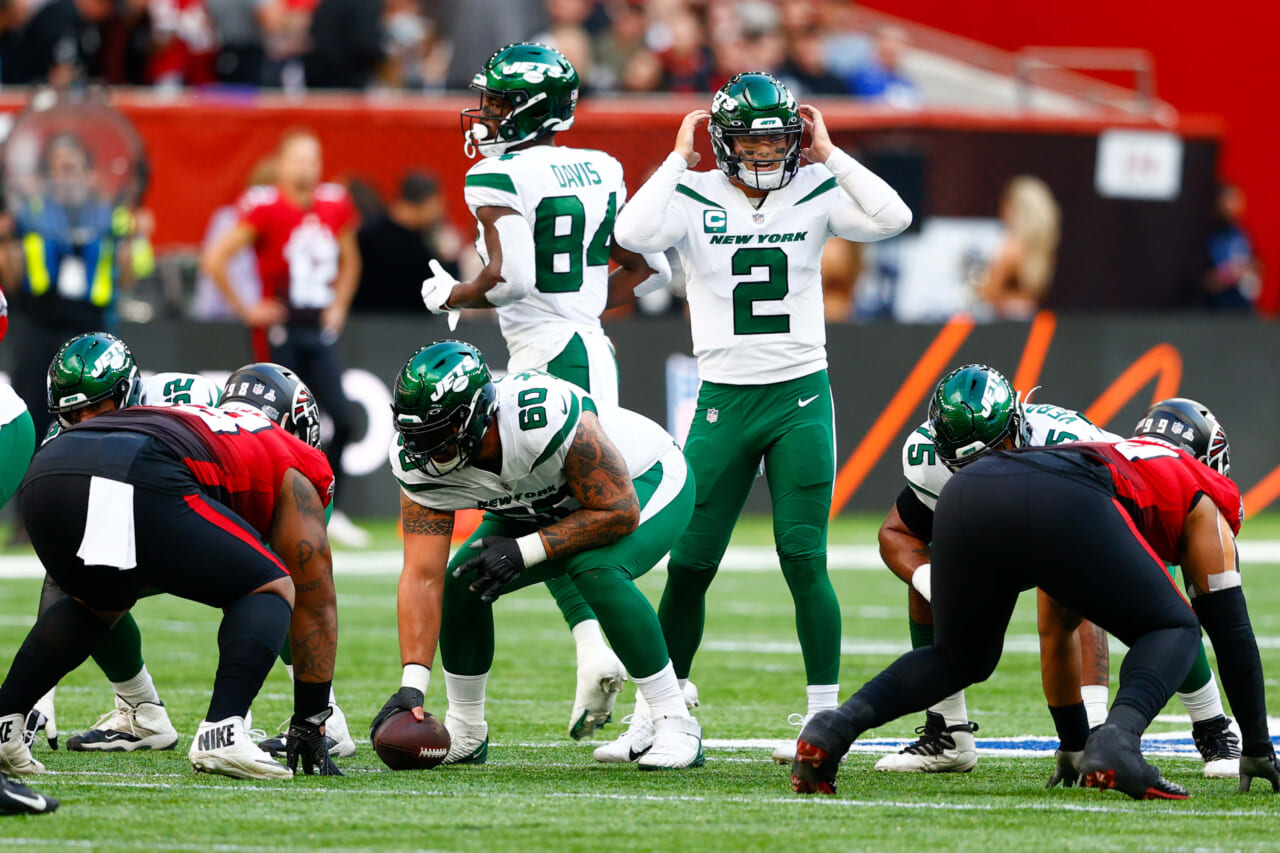 It’s easy to complain about a 1-4 record, but did the New York Jets actually exceed expectations in the early going?

Leaders at the bye week

The Jets spent the offseason preparing for the arrival of a new quarterback by stocking up on weaponry, but they have yet to yield the desireable results.

The true disappointments have been the Jets’ veteran representatives. Joe Douglas’ acquisitions have yet to truly pan out and make the rookie quarterback and run game (second to last in the league at 74 yards a game despite Michael Carter and Ty Johnson’s relative consistency) feel comfortable in the early going. Interior affairs have been further hindered by the early injury to Mekhi Becton, who is still “a few weeks away” from returning from a dislocated kneecap suffered in Week 1, per head coach Robert Saleh. Despite the early struggles, the Jets seem to have found a keeper in 14th overall pick Alijah Vera-Tucker, the team’s highest-graded blocker according to Pro Football Focus.

Whether it’s fair or not (and it really isn’t), the Jets’ offensive progress…maybe the team as a whole…is going to be judged by the progress of Wilson. The trials and tribulations of working with a new franchise quarterback, especially a rookie, were well expected. Wilson’s nine interceptions are alarming to the naked eye, but several of them would be excused by a well-educated official scorer coming over from baseball. The second overall pick still hasn’t lived up to such billing but has shown occasional flashes of potential and brilliance, particularly in the come-from-behind victory over Tennessee. There’s obviously time to sort that out and the Jets need to make continuous Wilson progress the norm in the post-bye slate.

The Jets could potentially be shooting themselves in the foot and hindering Wilson through curious denials of young weaponry. Nothing more needs to be written about Denzel Mims’ 2021 season…or relative lack thereof…but now Elijah Moore has been sidelined in health. A concussion removed Moore from Week 3’s tilt in Denver and caused him to miss the following week’s aforementioned triumph over Tennessee. But Moore only took 41 percent of snaps in the British-based Week 5 game against Atlanta and was targeted only twice (drawing a sizable pass interference penalty on the latter).

Saleh said it was up to him and his coaching staff to find ways for Moore to contribute to the game plan, partly vowing to work on finding such an insertion during his first post-bye statements on Monday.

“Heâ€™s going to continue to get opportunities,” Saleh said, per notes from the Jets. “We just got to find creative ways to get him on the football field and get him in position to go make a play.”

It’s been a long, long time since the Jets have had a homegrown big-play threat, the last consistent such option likely being Santana Moss. They need to figure out their plans for Mims and Moore sooner rather than later, if only to avoid subjecting Wilson to further roster inconsistency.

By all accounts, the Jets’ defense was given a de facto redshirt season when prized offseason acquisition and touted pass rush energizer Carl Lawson was lost after a handful of summer snaps. Fellow veteran arrival and presumptive starter Jarrad Davis has also missed his metropolitan debut due to preseason medical woes. Others to miss significant time include Marcus Maye, Ashtyn Davis, and LaMarcus Joyner (who joined Lawson as a season-long departure after a triceps injury in Week 1).

Instead, the unit has buckled down and turned itself into one of the most pleasant, if not hidden, surprises in football.

The progress is prominently on display in the aforementioned pass rush, where John Franklin-Myers, Quinnen Williams, and Foley Fatukasi have built upon breakout campaigns from 2020. The efforts has been further bolstered by the unexpected contributions of Quincy Williams, Quinnen’s older brother and a post-cutdown day find off Jacksonville’s waiver wire. New York currently ranks fourth in pressure rate (28.4 percent) and fifth in quarterback takedown percentage (12.4).

Jets management wasted no time in rewarding Franklin-Myers’ efforts through a four-year contract extension armed with $30 million in guaranteed money. Saleh has described the attack, particularly the defensive line as the “heartbeat” of the Jets’ defense.

A makeshift secondary, which may soon have to prep for life after Maye, has done its part in not only assisting the pass rush (Saleh has described the group as doing “a phenomenal job giving them the time to get home”), but also in their traditional duties: thanks to strong openings from draft weekend Saturday acquisitions like Bryce Hall, Michael Carter II, and Brandin Echols, the Jets have managed to hold a pace and maintain a pulse of sorts in all five of their games so far. They’ve allowed scoring on only 45 percent of their possessions (seventh-best in football), a ledger that includes only four passing scores (lowest such tally in the NFL). Those percentages are particularly impressive when considering that defensive possessions start from just beyond the opponents’ 34-yard line, the worst average starting field position in football.

The Jets’ biggest defensive sin thus far has been their inability to force turnovers. They’ve earned four fumbled takeaways, including two against the Falcons in London, but are currently the only team in the NFL that has yet to record an interception this season.

If anything, the Jets appear to have found peace in their kicking situation. Matt Ammendola’s kicks (6-of-7 to date) haven’t exactly come in clutch situations but at least the Jets have found long-sought reliability at kicker that’s been lacking since Jason Myers absconded to Seattle after the 2018 season. Ammendola also deserves credit for his ability to fill in as a punter during the Week 1 opener, one that saw him average nearly 50 yards a boot when drafted leg Braden Mann went down with an injury. Former New Orleans staple Thomas Morestead has filled in respectably, as his 47.5 average ranks 10th amongst punters with at least 15 attempts.

The Jets have also maintained strong marks in a return game headlined by Johnson, Braxton Berrios, and Tevin Coleman. Berrios has placed the Jets fourth in punt return average (13.3 on an admittedly low four attempts) while the group has united to be third in kickoffs (26.3). Coverage, alas, hasn’t been as consistent: the Jets have allowed an average of 21 yards on kickoffs (16th in the league) and 10.8 on punts (29th). 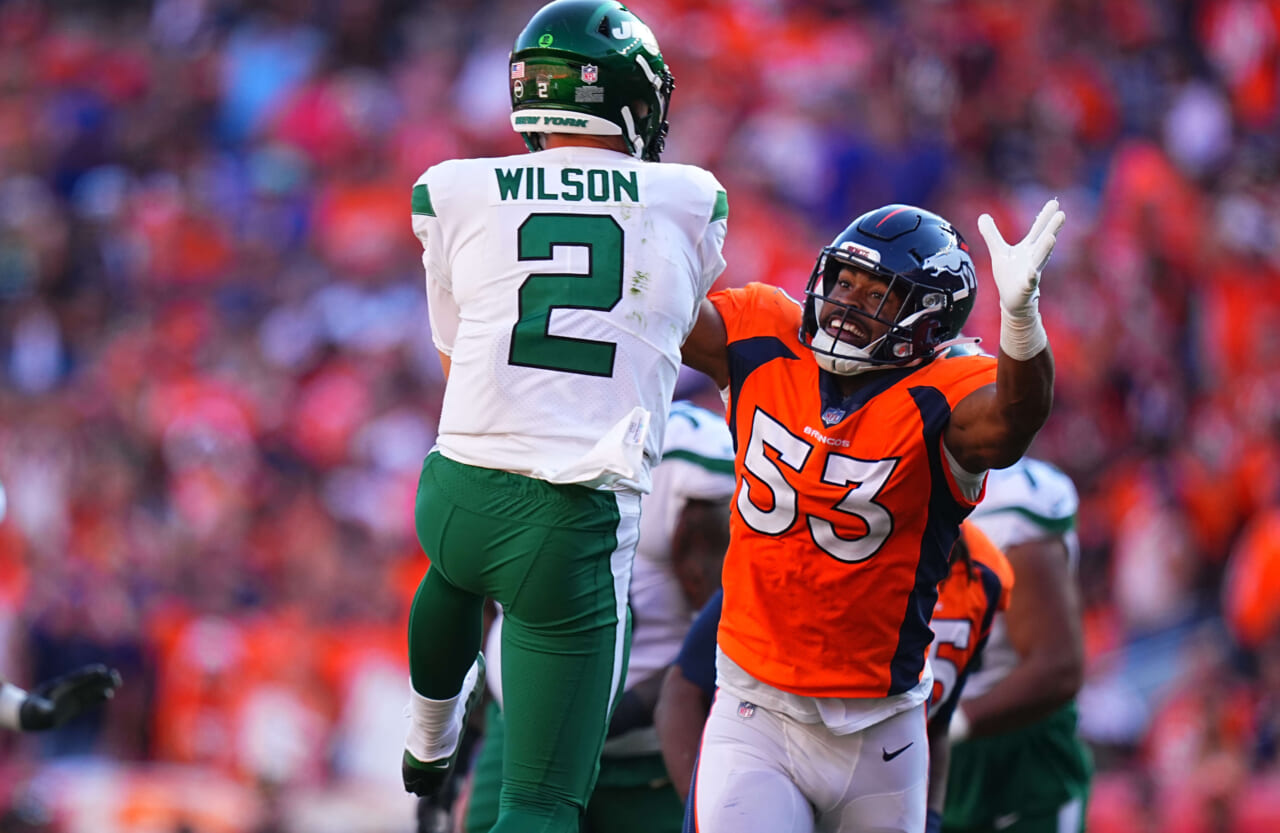