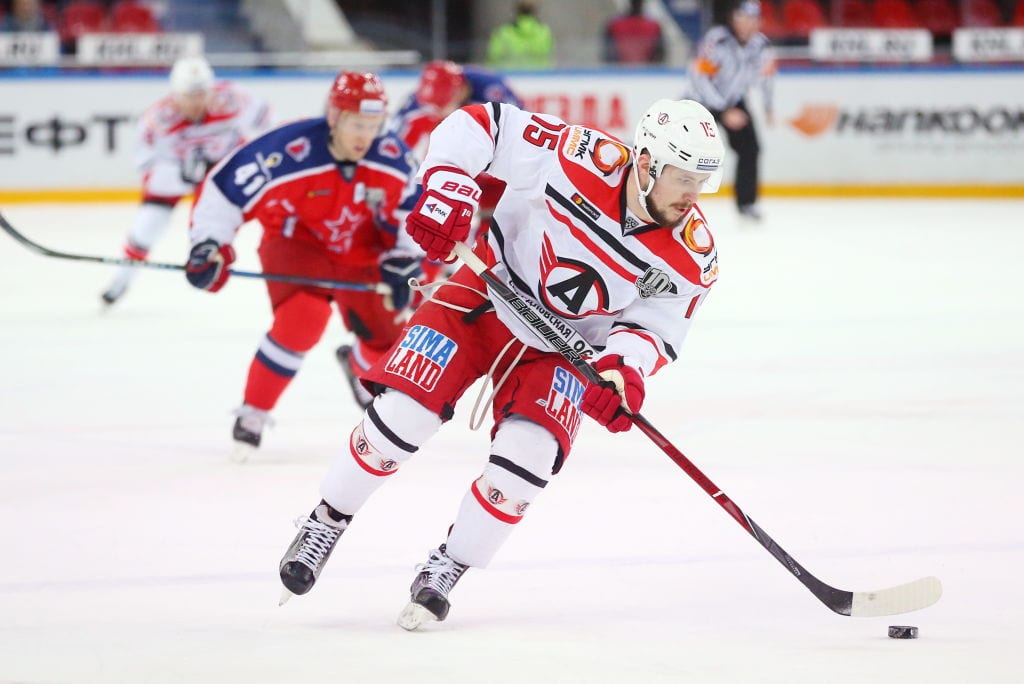 The end of this month was supposed to see the New York Islanders welcome their most highly-touted Russian prospect in goaltender Ilya Sorokin.

But now, the organization might be getting a two-for-one special that could have an effect on their plans for two years from now.

This weekend, news broke that Anatoly Golyshev has intentions of making his way to North America to play for the Isles in 2021. And with that, the Isles are ensured some help at filling a few of their pressing needs for the future.

Selected 95th overall by the Islanders in the 2016 Draft, Golyshev has been playing in his homeland for Avtomobilist Yekaterinburg for the past four seasons. This past year, the 25-year-old posted 25 points in 38 games. Before that, Golyshev recorded 40 points in 54 games, second-most in his career thus far; his excellent campaign prompted Golyshev to sign a four-year extension to stay in the KHL.

The hope is that once he arrives, the Islanders will be getting that version of Golyshev, as well as the one they scouted a few years ago.

When the Islanders picked him, Golyshev had been a KHL All-Star in 2015-16. He was lighting it up as the top scorer for Avtomobilist (44 points in 56 games), leading them to the playoffs where Metallurg Magnitogorsk defeated them in six games in the Conference Quarterfinals.

It’s been hard to talk about a player like Golyshev because he’s in a league that doesn’t get the same attention in the States as the NHL does. Then again, the Islanders could definitely use a player of his status, even if it’s not for another year-plus.

The organization’s depth on the wings has been minimal recently behind Michael Dal Colle, Oliver Wahlstrom, Kieffer Bellows, and the now soon to be gone, Josh-Ho Sang. The lack of scoring and skill at the forward position is also where Golyshev could flex his muscles. Golyshev has proven already he comes with 20-plus goals, 40 to 50 point potential despite his size.

Another #Isles prospect highlight. Filthy dish from Anatoli Golyshev to set up a goal. pic.twitter.com/mchlY0LSGx

Also, with some of the organization’s more prominent forwards starting to get up there in age — Anders Lee and Jordan Eberle are 29, Josh Bailey is 30, Brock Nelson is 28 — Golyshev would bring an injection of youth up front.

The Islanders don’t have the greatest track record with Russian prospects (see Kirill Petrov), but Golyshev could change that dynamic. We saw it this year with 27-year-old Nikita Gusev that KHL imports just take some time to adjust.

Gusev started off this year with the hype train behind him and immediately struggled. He was healthy scratched a few times in the first half of the year. But, before the season was postponed, Gusev was succeeding as one of the Devils’ best forwards with 44 points.

Maybe that’s what’s to come for the Golyshev and the Islanders, minus the healthy scratches.

Right now, the Isles will have to wait a little bit longer to see if Golyshev will be a crucial piece to their future. But until then, Golyshev has made his intentions clear.

And that’s a good thing for the organization to look forward too.