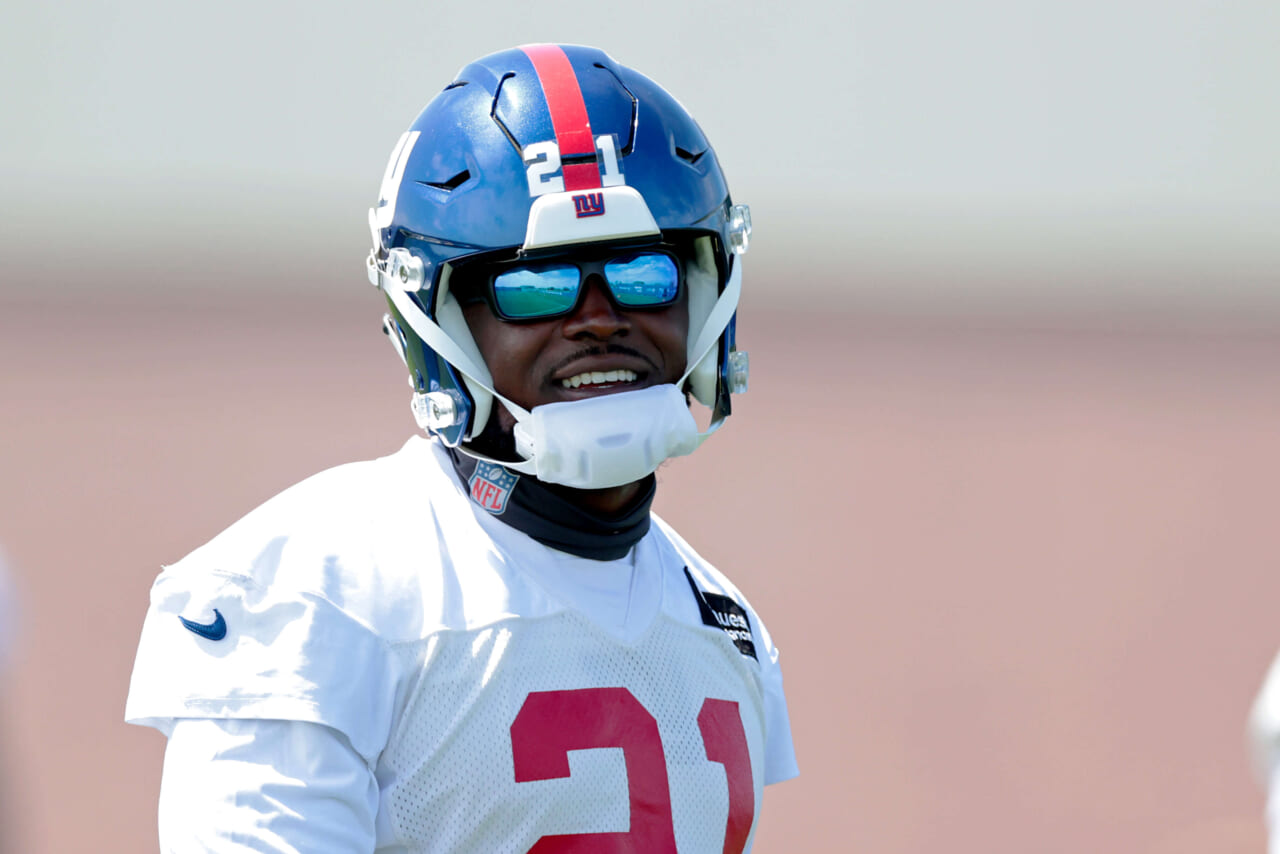 The New York Giants will take on the Washington Football Team on Sunday afternoon. This will be the second and last time that both teams play each other this year. The G-Men came out of the first game with the close win over Washington, 20-19.

Giants fans, this is the game where the Big Blue gets back on track. After Washington, the Giants play the Philadelphia Eagles and the Cincinnati Bengals. If the Giants can flip those games into wins, they could find themselves in the playoffs.

Over the last couple of weeks, this Giants’ defense is really coming into their own. Last week on Monday Night Football, they made Tom Brady and the entire Tampa Bay Buccaneers team play to the max. The Buccaneers ended winning a very close game, 25-23, with an arguably call at the end.

The reasoning why the game was so close wasn’t the offense and Daniel Jones, it was the defense. The defensive line was disrupting Tom Brady, the secondary with Jabrill Peppers, Logan Ryan, and James Bradberry are starting to look better and better each week, and Blake Martinez forced a big turnover early in the game that Giants offense was able to capitalize on.

Let’s not forget, Patrick Graham, Giants’ defensive coordinator, has been absolutely fantastic week in and week out. With the lack of cornerbacks, he was able to put Ryan Lewis at CB2 and made him look ‘playable’ to say the least. Safe to say, all Giants fans are very happy with Patrick Graham and this defense.

If this offensive line has a big day today, Daniel Jones has a big day today! Last week on Monday Night Football, the New York Giants were forced to start rookie offensive guard Shane Lemieux for Will Hernandez, who was put on the COVID list last week. Lemieux did not play like a rookie guard, he played like a Pro Bowler against the Tampa Bay Buccaneers. Lemieux just play good, he made his other teammates look good too, Andrew Thomas and Nick Gates both played their best games of the season on Monday. Lemieux is exactly what the Giants need on the offensive line going forward.

On the other side of the offensive line, you saw Matt Peart come in for Cameron Fleming a bunch last week. When Peart has been in, he has been very good. The Giants hope to have found their new franchise offensive tackles in Thomas and Peart.

The New York Giants have missed on a few head coaches over the last few years, Ben McAdoo and Pat Shurmur. The Giants have found their new long-term head coach in Joe Judge, the team just plays differently when he is leading them.