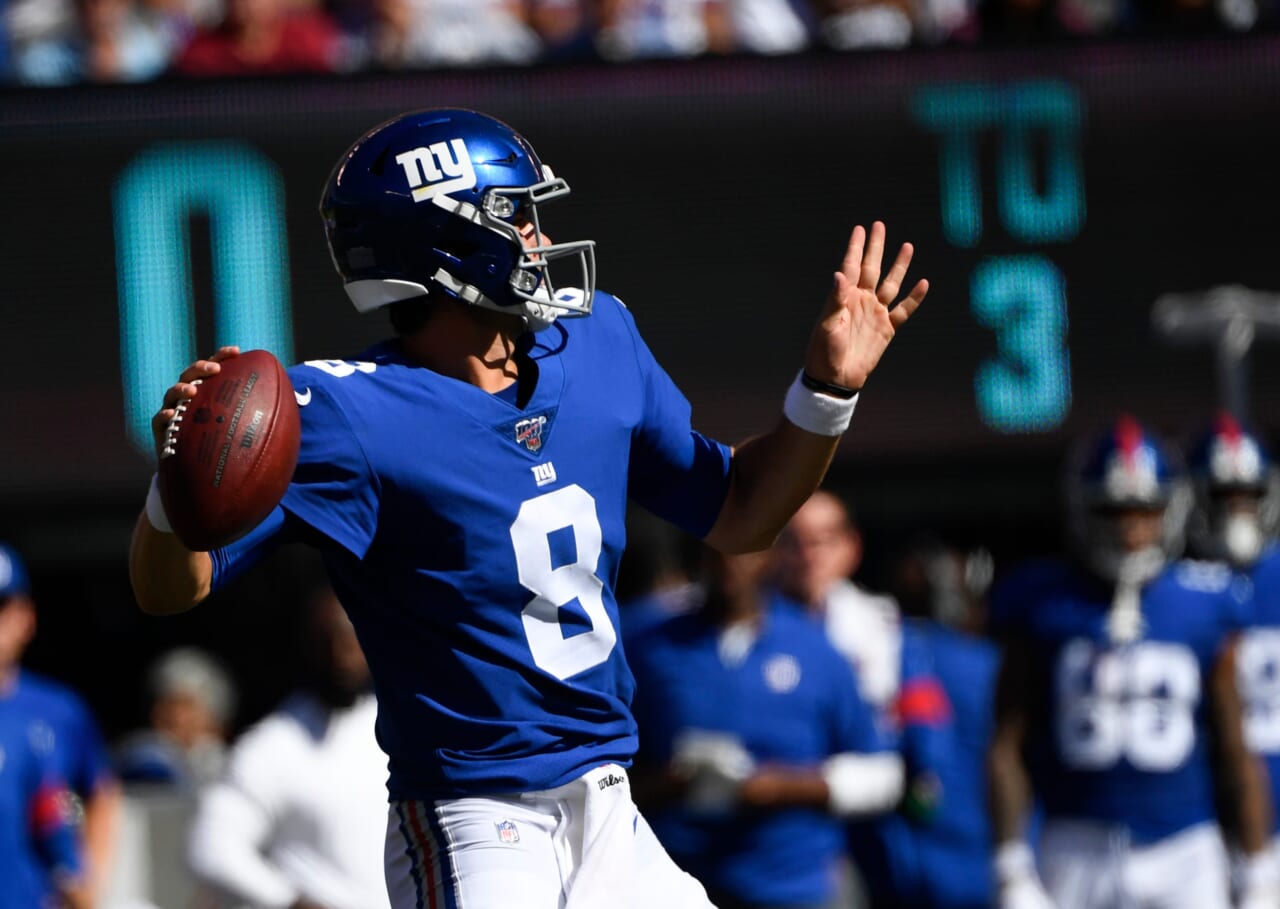 The New York Giants head into week five with a winning percentage of .500 for the first time since 2016.Â  They have won two straight games for the first time in three seasons. They finally have some momentum. Sunday’s game against the Minnesota Vikings will test if that momentum can carry them for the rest of the season, or if it’s just a mirage. Rookie starting QB Daniel Jones is 2-0 to start his career, but neither of those wins came against elite teams. The Vikings present a challenge to both Jones and the rest of Big Blue. Winning this game would prove that they’re for real and that the playoffs are realistic this season. It would also give a major confidence boost to the locker room before they play New England next week.

Why Sunday’s game against Minnesota is the biggest game since 2016:

The first strong opponent in the Daniel Jones era

Rookie QB Daniel Jones has played exceptionally thus far. Through two games, he has a 69.0% completion percentage, has thrown for 578 yards, and has accounted for five touchdowns. All of those numbers have come against rather mediocre opponents though. His first start was against Tampa Bay, a team that sports the same record as the Giants. His second start came against a Washington team that is yet to win a game this season.

Minnesota will be Jones’ first major challenge. The Vikings boast the sixth-best defense in the NFL, allowing just 312.8 total yards per game. That is significantly better than his first two opponents, who both give up more than 377 yards per game. If Jones can put up impressive numbers against a stout Minnesota defense, it will be clear that he is the real deal.

An opportunity to prove the Giants are for real

As mentioned above, the Giants’ two wins have come against underwhelming teams. Beating a playoff-contending Vikings team would put the Giants on the map. They have the opportunity to be a game above .500 for the first time since that same 2016 season. A win on Sunday would be a major step towards playing in January.

A win would build confidence for New England

The Giants have a short week next week, as they travel to New England for a Thursday night clash with the Patriots. Assuming the defending champs beat the winless Redskins this week, it would be another David v Goliath clash. The Patriots would be riding high at 5-0 while the Giants would continue to prove the doubters wrong.

Beating a near-elite team in Minnesota would do wondrous things for Big Blue. Heading into New England with a 3-2 record, a big home win under their belt, and a locker room full of confidence sounds like a great recipe for success. A tough loss on Sunday could easily derail the team.

It is vital that the Giants pull out a win on Sunday if they wish to keep their season alive. There hasn’t been a bigger game for three seasons. While it may only be week five, a loss could send the team spiraling towards another year of disappointment.