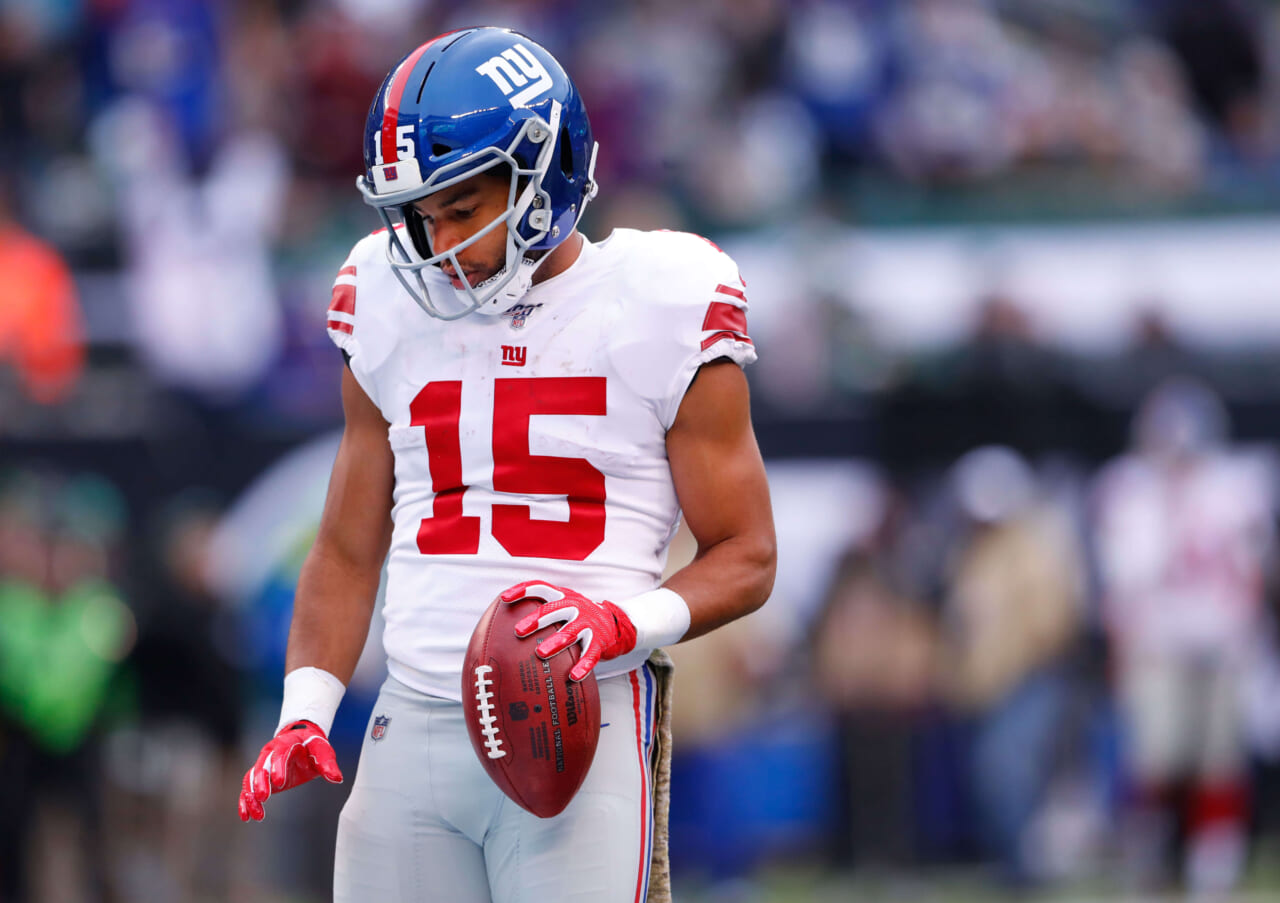 The New York Giants kick off their season at 7:20 p.m. tonight. Wide receiver Golden Tate has been questionable to play in the season opener all week. Now, Golden Tate has officially been ruled out of tonight’s game with a hamstring injury, according to Jordan Raanan of ESPN.

Second-year quarterback Daniel Jones will be without one of his top wide receivers again to start the season. In 2019, Jones never played a single game with all of his playmakers. Daniel Jones never hit the field with Evan Engram, Sterling Shepard, Saquon Barkley, Darius Slayton, and Golden Tate all healthy last season. The Giants’ skill positions looked different week-to-week last year, and the discontinuity is continuing to begin the 2020 season.

Filling in for Golden Tate will likely be Damion Ratley. The Giants claimed Ratley off of the waivers last week. He was listed as the second-string wide receiver behind Golden Tate on the Giants’ first depth chart.Â Ratley spent the last two seasons with the Cleveland Browns, totaling 25 catches for 344 yards and 1 touchdown.

The New York Giants are facing one of the toughest defenses in the NFL tonight. Being without Golden Tate will be a serious blow to the Giants’ offense. Tate was one of Daniel Jones’s favorite targets last year as he totaled 676 yards and 6 touchdowns in 11 games. There was a strong chance that Tate played tonight, so he should be ready to roll in Week Two despite tonight’s disappointing game-time decision.