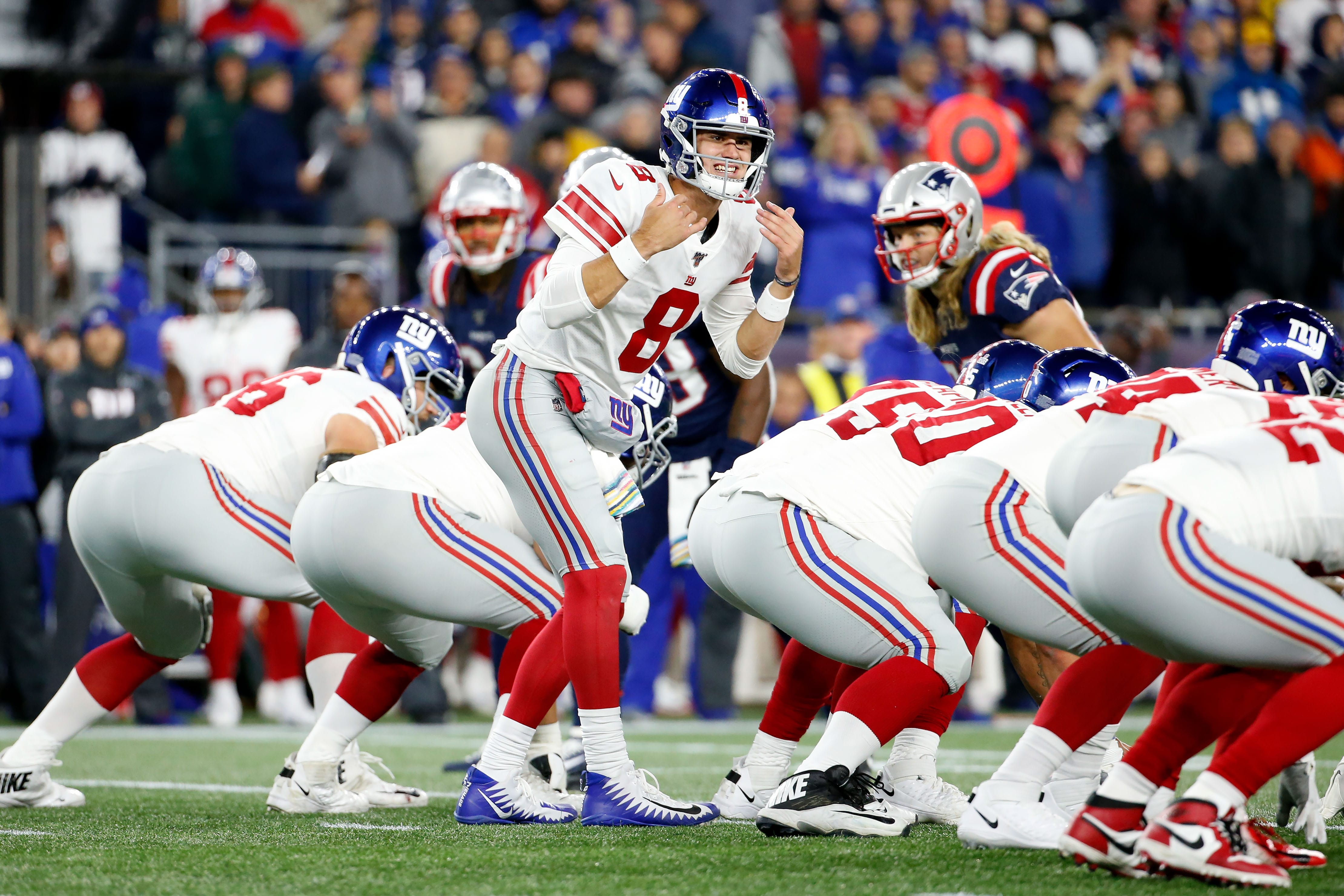 It’s a common strategy to run the ball more often when the defense needs help. The Lions did just lose Kerryon Johnson to a knee injury but Matthew Stafford matched up against the Giants’ leaky secondary sounds like a long afternoon. The Lions are currently ranked 6th in passing yards and 4th in passing touchdowns which is an impressive mark for any passer. In a game like this creating long drives and shortening the game would theoretically help the Giants.

Aiding the defense isn’t the only reason the New York Giants should run the ball more often. This Lions defense while rostering Damon “Snacks” Harrison has struggled mightily against the run. They currently rank 28th in rushing yards allowed and 25th in touchdowns allowed. They’re also allowing a healthy 4.9 yards per attempt ranking 28th in the NFL.

The Lions haven’t exactly been a “bend but don’t break” unit in terms of rushing defense. They’ve allowed 7 touchdowns in 7 weeks with 5 of them coming from the 1-yard line. It’s surprising considering Snacks’ presence but this team is letting running backs score once they get close. The other scores allowed were from 4 and 8 yards out.

Is this a matter of game-flow?

Sometimes a defense who is actually a solid unit doesn’t grade well on paper. Many times when a team lets rushing yards wrack up it’s due to garbage time at the end of games. That is not the case this time since the only loss Detroit has that didn’t remain competitive until the end was week 6 against the Vikings. In other words, teams have not thrown their passing offenses out the window 3 quarters into the game. Teams have only called 6 more runs (169) on the Lions than they’ve called on their opponents (163). Opponents have gained over 200 more rushing yards than the Lions on only 6 more carries. This is a matter of allowing efficiency rather than misleading circumstance.

What about the Passing Offense?

The Lions trading Quandre Diggs away could be beneficial but overall Daniel has had a tough few weeks. Sure, the Lions rank 30th in passing yards allowed and 19th in passing touchdowns allowed but they’ve also had outings against Patrick Mahomes, Aaron Rodgers, Carson Wentz, and Philip Rivers. A rookie quarterback could be just what they need even though it looks like a plus matchup for Daniel Jones. Jones could also be without Sterling Shepard again and the Lions know every trick Golden Tate has since he was a Detroit Lion for 5 years.

Overall, it might seem like the Lions have a weakness on both sides of the ball. However, attacking the Lions on the ground would benefit the entire team more overall. This could also be a get-right game for Detroit’s passing defense with a dropoff in quarterback play compared to recent opponents. This Giants defense could use the help by staying off the field longer and Daniel Jones could use an efficient outing after being sacked 13 times in the last 2 weeks with 5 interceptions in that span. There’s plenty of reasons why a ground and pound gameplan suits the New York Giants perfectly in week 7.