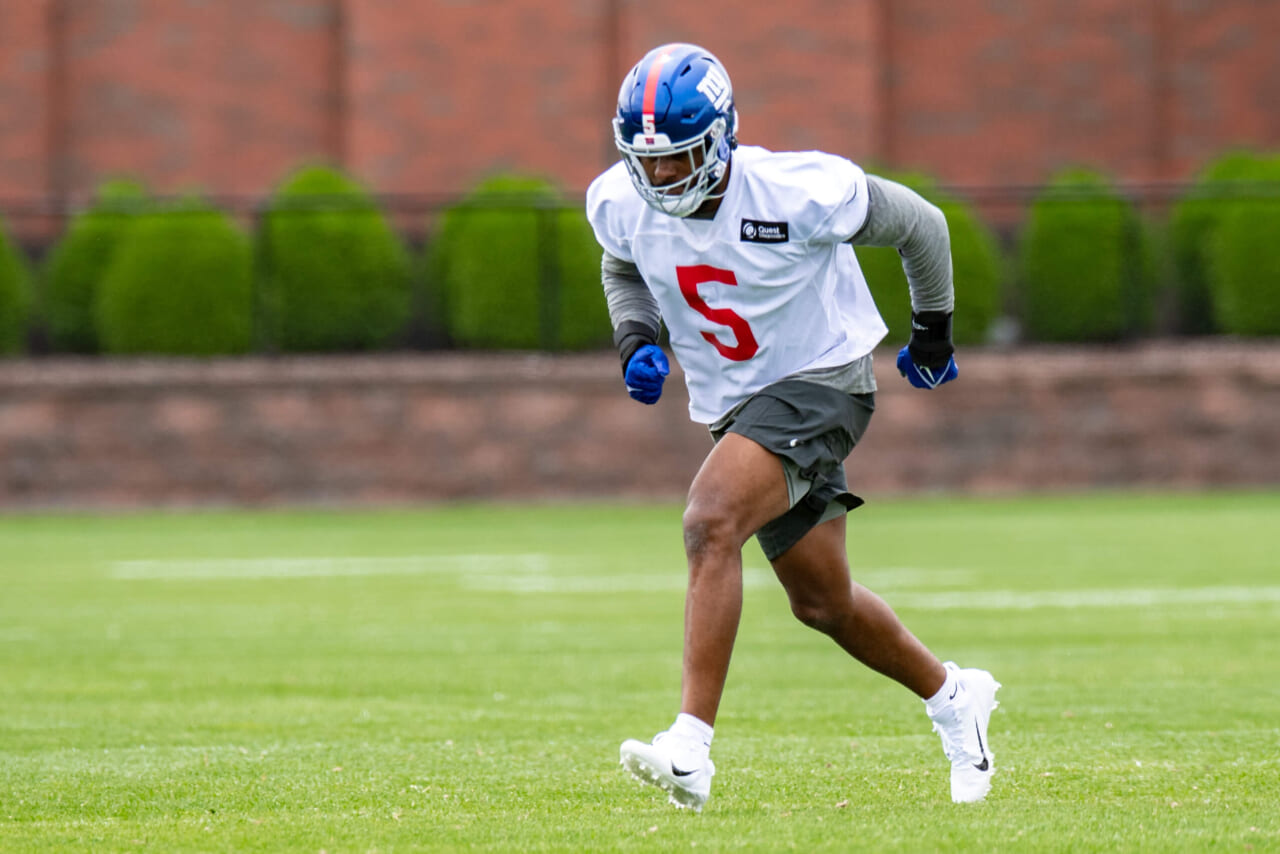 The New York Giants hosted their second day of OTA’s on Tuesday, featuring rookies and veterans alike. Thus far, second-round receiver Wan’Dale Robinson and a few undrafted free agents have stood out the most.

*Wide receiver Wan’Dale Robinson has displayed a quick twitch during OTAs. The rookie is already a frequent target of Daniel Jones. The two connected on several passes during 11-on-11 drills, including a sideline grab for a sizeable gain. Robinson is extremely quick in getting to the outside with his cuts and will be a tough matchup for defenders.

It is a great sign that Robinson and quarterback Daniel Jones have already begun developing chemistry this off-season. Robinson offers Jones a security blanket in the short portions of the field, especially given his success in the screen game.

With Kentucky last season, Robinson ranked 3rd in screen catches with 35 and 4th in screen yards with 268. He also caught 16 deep catches, ranking 6th in the league. With that array of qualities, Jones can target him in various portions of the field, which is likely how Brian Daboll and Mike Kafka visualize him being used.

The Giants are seeing what Kayvon Thibodeaux is capable of:

Fellow draft pick Kayvon Thibodeau also stepped up big in a scrimmage scenario, tipping a pass that landed in the hands of Xavier McKinney, who took it the other way. Seeing the Giants’ top draft picks making plays during OTAs is definitely a good sign, but it means nothing until they translate to an actual game.

*Speaking of pass breakups, Kayvon Thibodeaux made a nice play to tip a pass at the line of scrimmage, and the ball landed in the hands of Xavier McKinney, who returned it the other way.

So far, it seems as if the Giants have gotten off to a good start, especially given their successful health reports. 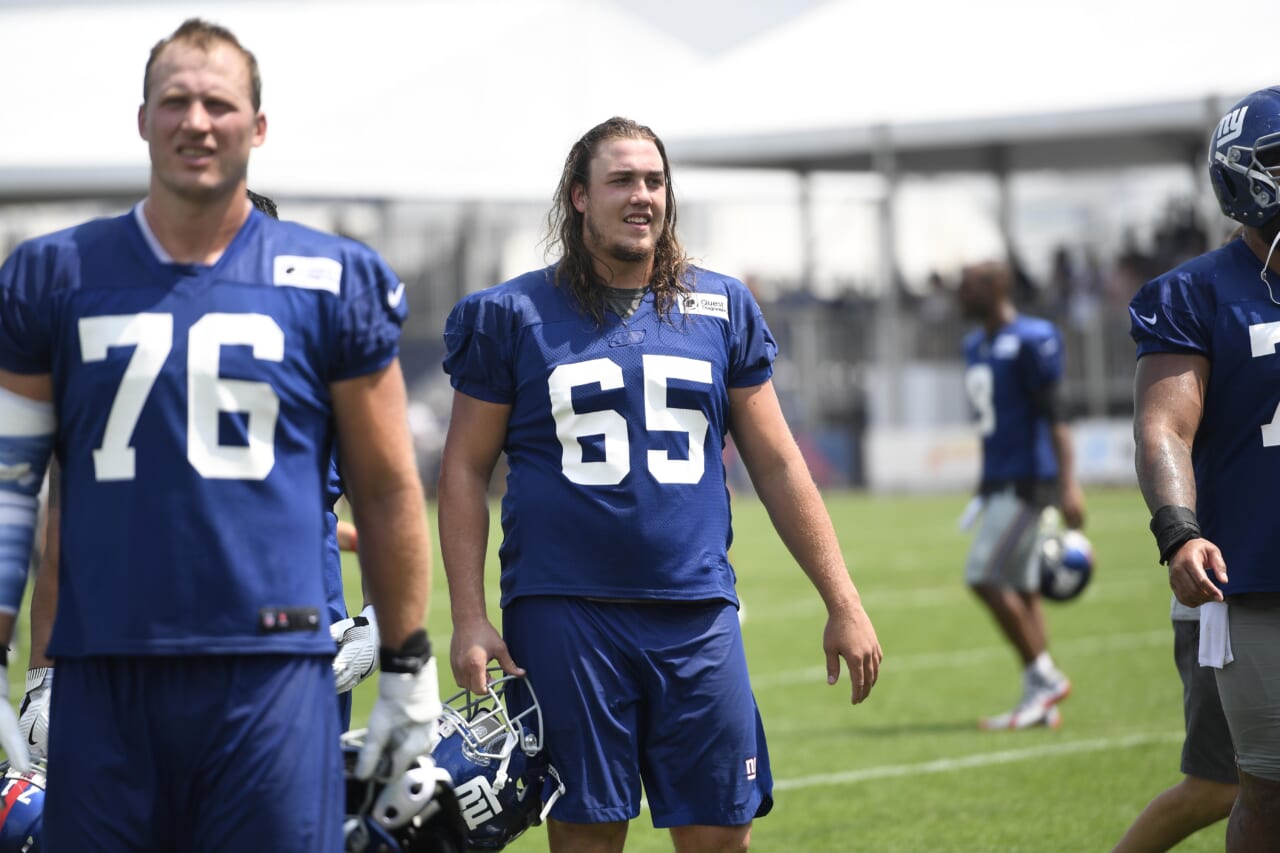 The New York Giants are preparing to start Phase 3 of their off-season workout program on Monday afternoon. The organized team activities will commence this week, lasting until June 15. There will be breaks in between specific sessions, but mandatory minicamp doesnâ€™t start until June 8, where the entire team will be present regardless of position or experience.

There are a number of players expected to participate in voluntary workouts, as players around the league have suffered off-the-field injuries, and teams havenâ€™t been so kind with their contracts. Specifically, Ja’Wuan James and DeSean Hamilton have been cut from the Denver Broncos after sustained injuries training on their own, so the players are more incentivized to attend workouts at the facilities to protect themselves and their financial future.

I expect the Giants to host about half of their current starters, as the defensive backs have been training in Tampa Bay with Logan Ryan and his personal trainer. Developing chemistry off the field is essential, and Ryan has played a mentor role and leadership catalyst in helping the youngsters adapt to the NFL.

I anticipate that a majority of the rookies will be in attendance at OTAâ€™s to start, as the media wonâ€™t have access until Thursday, so it will be difficult to see what players are in attendance or not. We will keep a close eye on their social media profiles to gauge their whereabouts, but fringe players are more likely to be in attendance based on their desire to make the active roster.

A few players that stand out should be Isaac Yiadom, Sam Beal, and a bevy of depth pieces looking to make an impact in the 2021 season. The Giants will not be handing out starting jobs this year as they did at some positions in 2020, specifically at wide receiver. It is in their best interest to be available for all of voluntary camp, so I anticipate a bigger turnout than some.