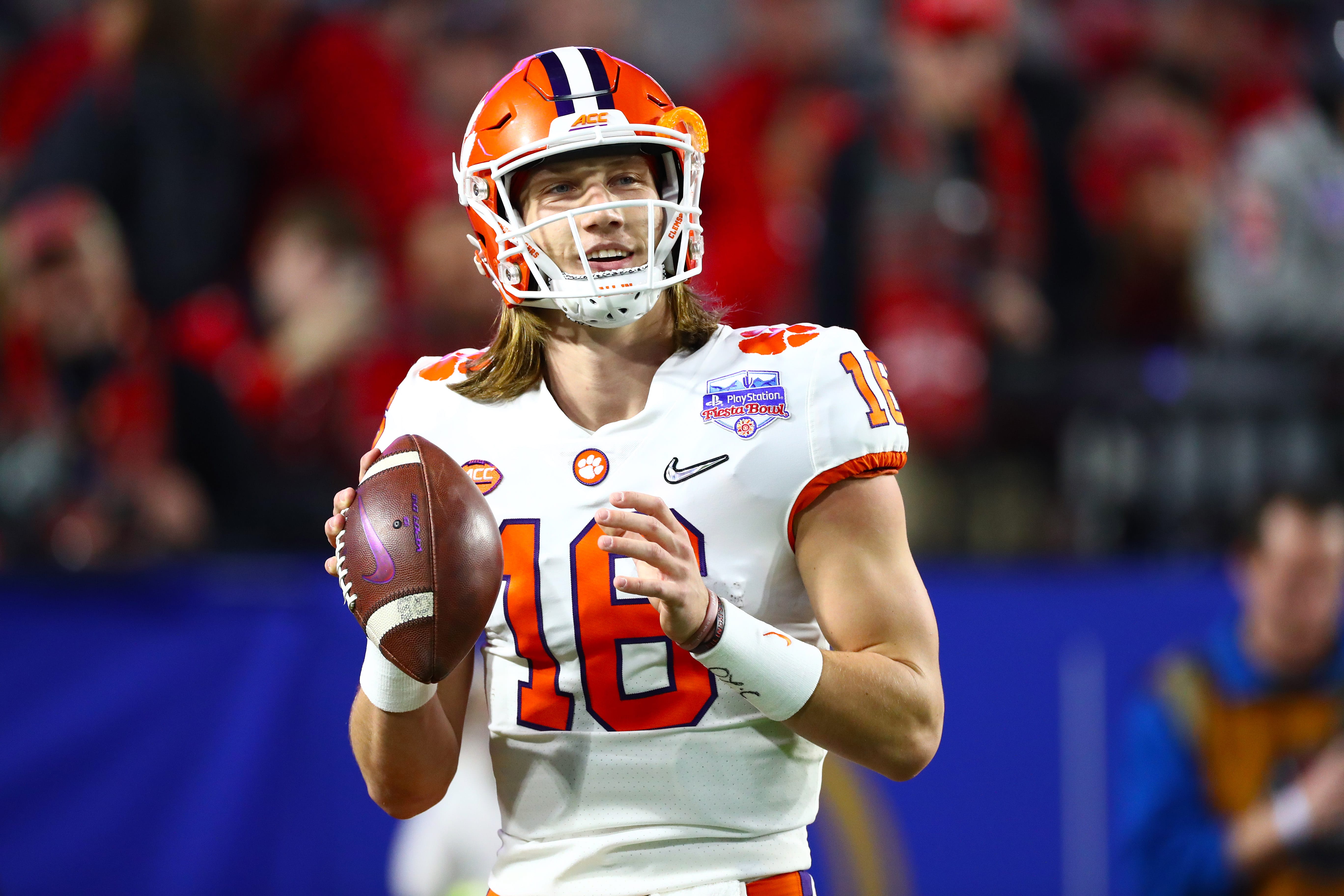 If the New York Giants don’t get it together, a lot of the narratives this season are going to be around the quarterback spot. And not about quarterback Daniel Jones, who has a fair share of criticism after the first four games of the season. Rather, the narrative will be about Trevor Lawrence if the Giants remain on course for the number one pick. Specifically, whether the Giants should take the Clemson star with that pick.

Right now, the Giants nearly do edge out the other bad teams in the league to claim the top spot in the Draft. They’ve made it onto the path to the number one pick, a pretty far spot from where most thought this team would be a few weeks earlier. And now that the Giants look to be on this path, there’s naturally speculation.

Lawrence is one of the most accomplished players in the college ranks right now, to the point where he may be an option for the Giants with the first pick even though they already have Daniel Jones. Assuming they get the first pick, that is. From the looks of it, they’re just one of a number of teams positioned near the bottom of the league standing.

As for Lawrence, his performances in college haven’t slowed down – and that will only boost his draft stock barring a big drop off in play or an injury. He has 73 touchdowns so far and he’s not even deep into his third college season yet.

He’s been called the most accurate college quarterback by PFF based on their data, too.

Daniel Jones, by comparison, has earned a lot of criticism through the first games for his vision and his inability to prevent turnovers. Jones is still a young quarterback, and his offensive line isn’t good, but when there’s a prospect like Lawrence available soon, it’s hard to only keep eyes on what the Giants have already.

Jones has the benefit of being relatively new – the Giants will want to give him a full chance before throwing him out. But that’s not the same thing as invulnerability. If GM Dave Gettleman goes, Jones will be another player of the previous regime. That’s not always the safest spot as a starting quarterback.

Currently. the Giants are set to draft number three as more games happen. But the season is still young and the team’s record may improve or get worse when given the rest of the season. So it’s worth keeping an out for potential prospects the Giants may draft soon.

The Giants may end up with the top pick and they may not. But wherever you stand on Daniel Jones, it’s time to get used to the takes about Trevor Lawrence to the Giants, because we should see a ton more of them as both sides continue through their seasons. 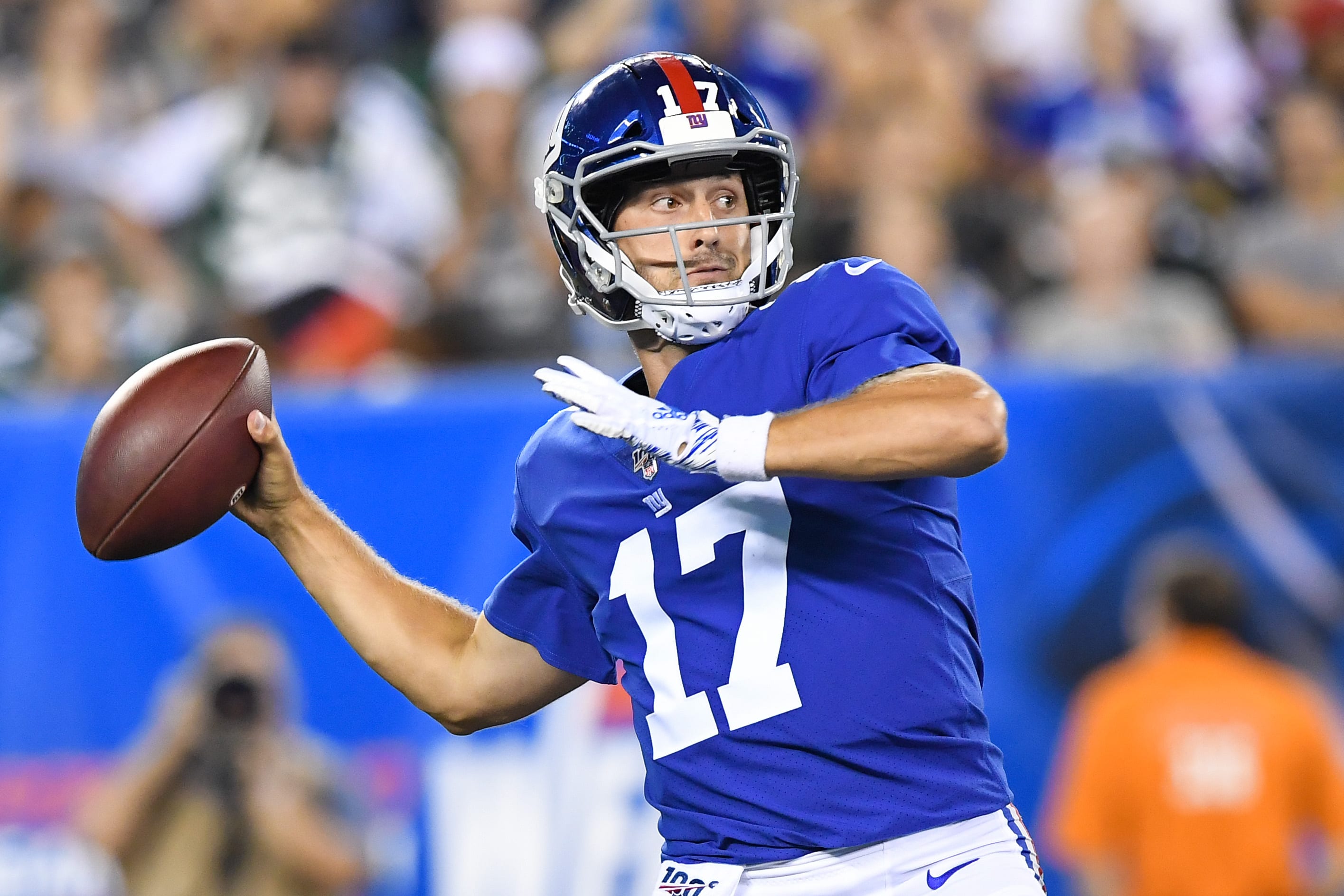 The New York Giants have wrapped up their preseason with a perfect 4-0 record. A big reason why they’ve won all of their preseason games is the quarterback play behind Eli Manning and Daniel Jones.

If the team plans on keeping 3 quarterbacks they will have to decide between very different players. One of them is Alex Tanney who has really faded down the stretch of training camp. The other is Kyle Lauletta, who was considered a goner by many before stepping it up in his 2nd training camp.

Here’s the passing stats from both quarterbacks through 4 preseason games:

Their numbers are very different, with Lauletta looking like the better passer, but what jumps off the page even more is their stats in the last 3 weeks.

Here’s Tanney’s passing stats since week 2 of the preseason:

Why Lauletta hasn’t officially jumped Tanney on the depth-chart no one knows but there’s no doubt Lauletta has played better football in the last three weeks.

Pat Shurmur has expressed his interest in veteran backups in the past, but he didn’t have a first-round quarterback on the roster when he said this.

Now that Daniel Jones is on the roster, is a developmental youngster with potential more valuable than a well-versed veteran?

Alex Tanney has been in the league dating all the way back to 2012 and has thrown 14 passes since joining the NFL. Chances are, he doesn’t have any un-tapped potential that wasn’t found elsewhere.

On the other hand they have a young kid who is under contract for 3 more seasons. He’s progressed quite well with a year 2 jump in production. The team also invested a fourth-round pick in Lauletta last year, it would be unfortunate for the team to waive their rights to him 3 years earlier than they need to. Not only does Lauletta have more to offer in the future but the team invested in him more than Tanney.

If the New York Giants want to move on with only 2 quarterbacks it’s understandable considering Daniel Jones’ promising start. However, as time has gone on it makes more and more sense to keep Kyle Lauletta instead of Alex Tanney if they want to keep 3 quarterbacks. 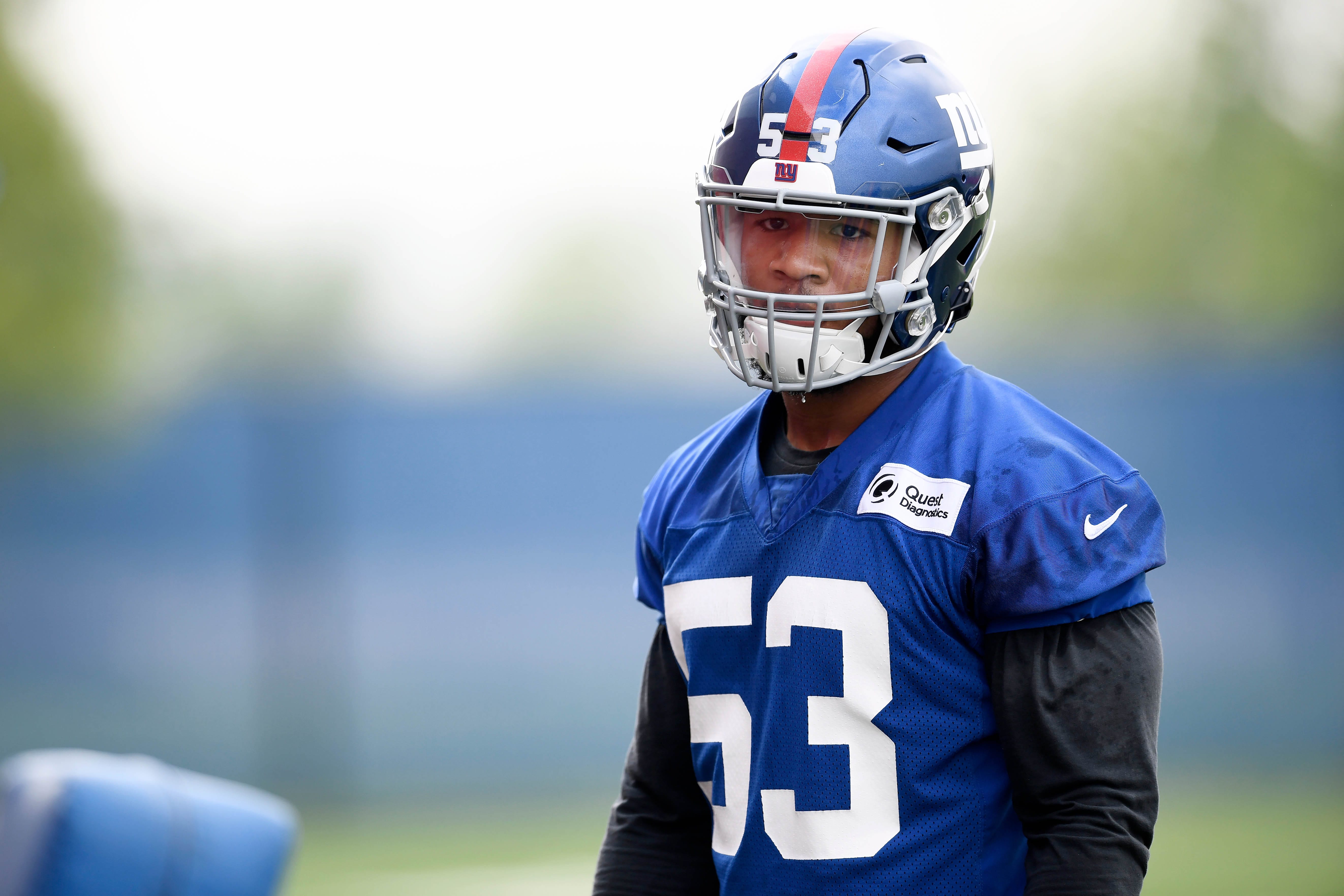 It’s safe to say that the New York Giants need help in the pass rushing aspect of their defense. The team finished near the bottom of the league in sacks and it’s a well known fact by now that it’s hard to win in the NFL – which is becoming more of a passing league with each year – without good play in that department. But the Giants haven’t recovered from the decline and trade of Jason Pierre-Paul, and Olivier Vernon was a disappointment last year before the team decided to move on from him this year, trading him to the Cleveland Browns for Kevin Zeitler.

It’s been a long time since other teams have worried about facing the Giants pass rush, and playing the team just isn’t intimidating these days for opposing quarterbacks. That’s something that should change if the team wants to return to the playoffs, and it looks like they may have made one of the right moves to head in that direction.

That would, of course, be spending a third round draft pick to address that part of the defense. While that pick, Oshane Ximines, isn’t the highest rated player in the world, it seems like the Giants managed to get a good value considering their main focus in the first and second rounds was other areas. They could have done far worse, but managed to come away with what looks like a productive player in round three.

Here’s a bit of what the Draft Network has to say about Ximines:

Has good lateral quickness to attack half-man on offensive tackles. Plays with balance and body control necessary to execute counter moves and adjust rush plans according to OT set and QB depth; has great recognition abilities in this regard. Has some bend to flatten and finish after clearing hands.

It looks like Ximines is going to fit into the defense as an outside linebacker, which could put him in competition with last season’s rookie OLB Lorenzo Carter. On the other side of Carter is new signing Markus Golden, but with Golden not having yet fully bounced back from past injury, it remains to be seen just who will start in that position. Ximines could see time as a rookie, but before that happens, the Giants will need to sign him.

Ximines is one of the few rookie players to not have signed a deal yet, along with fellow Giant Daniel Jones, who is the more notable one right now in the conversation about Giants rookies not signing their rookie contracts yet. Still, it’s definitely relevant.

It doesn’t look like a contract holdout is necessarily going to happen at this point – as a third round pick, after all, Ximines has less leverage to negotiate than Daniel Jones does as the sixth pick in the draft. But with days left until the start of training camp, one must also ask this: what exactly is the holdup?

The Giants managed to cut down on drama during this year’s offseason activities… One can hope the trend continues and that both Ximines and Jones can be signed before training camp begins.