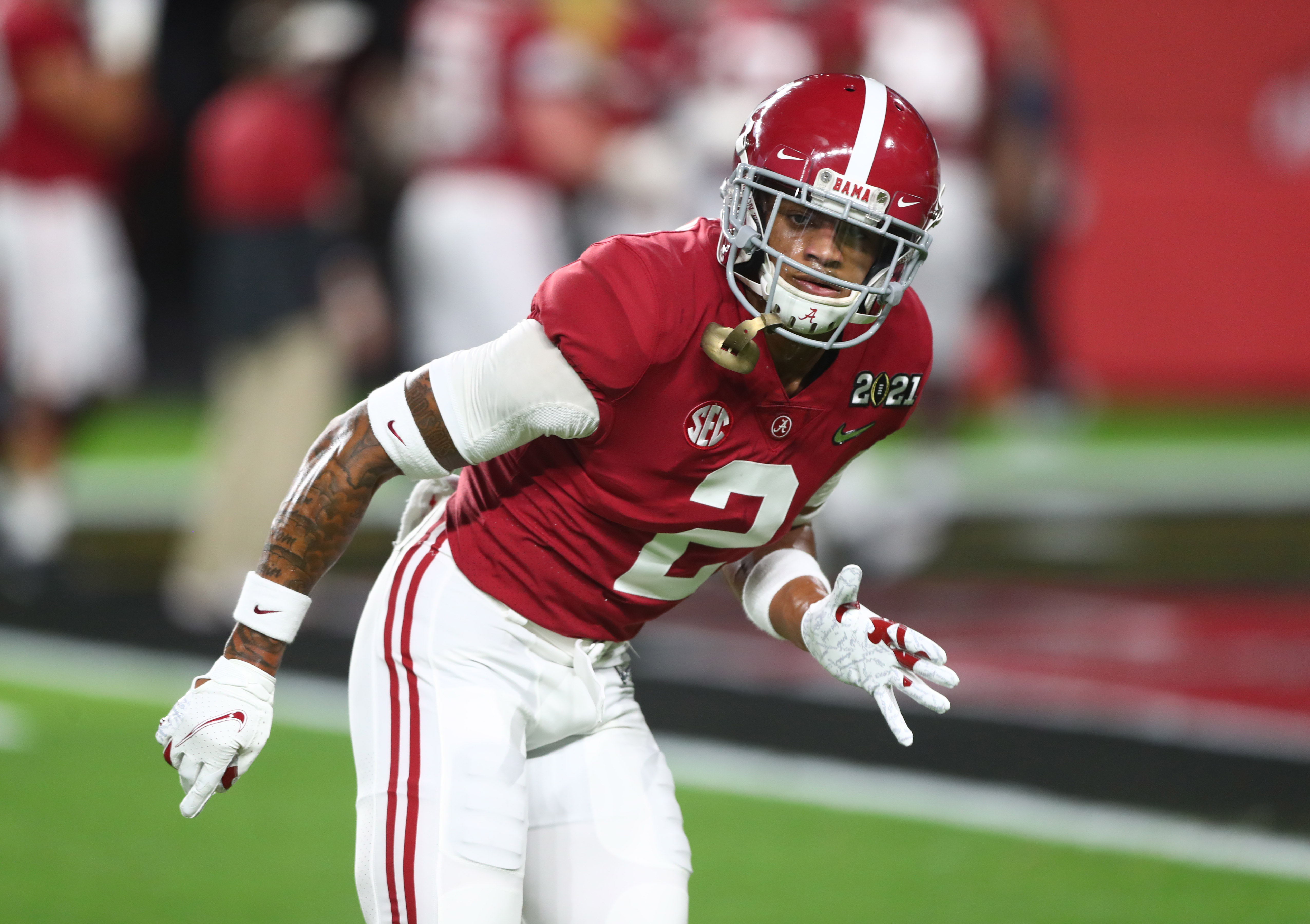 As the 2021 NFL Draft swiftly approaches, the New York Giants are doing their best to make sure they get the No. 11 overall pick correct. Following a 2020 season that saw the team make strides towards competitiveness for the first time in years, it’s vital Big Blue makes the correct choice. Most mock drafts have suggested the team take an offensive-playmaker, a pass rusher, or an offensive lineman. While all of those options would greatly benefit the Giants, there’s one position that would kill two birds with one stone – cornerback.

The Underrated Benefit of Drafting a Cornerback at No. 11 Overall

The Role a Strong Secondary Plays in the Pass Rushing Game

On paper, a cornerback’s main duty is to defend against the opponent’s passing game. Whether that be via soft-zone, press-man, or any other scheme that Giants defensive coordinator Patrick Graham draws up, that is their job. A strong secondary-unit does more than just wreak havoc on opposing receivers and quarterbacks though. It allows the pass rush to get after the QB and forces the opponent to adjust their style of play. The Giants would reap the major benefits of this style of play by taking a defensive-back in round one this spring.

Following the 2019 season, the Giants knew they needed to improve their secondary. They allowed the fifth-most passing yards per game in the NFL and consistently failed to get off the field in crunch-time. To fix this issue they went out and signed James Bradberry. Bradberry outperformed all expectations in his first year with Big Blue in 2020, earning the first pro-bowl nod of his career. But it wasn’t only Bradberry who enjoyed a successful season – the entire Giants secondary improved significantly. The team allowed 26.2 less yards per game through the air and finished as the 17th-ranked unit in the league. Along with the improved pass defense came an uptick in pressure on the QB.

The Giants finished 2020 tied for the 11th-most sacks in the NFL with 40, 11 spots higher than their ranking in 2019. Despite not signing a dominant pass rusher in free agency last offseason, their pass rush improved. How? Strong play from the secondary. It’s not a coincidence both sections of the defense improved either. Almost all of the best passing defenses rushed the passer effectively in 2020.

The Correlation Between a Strong Passing Defense/Sacks

Of the six-best defenses against the pass in 2020, three of them finished in the top-six for sacks. On the other end of the rankings the correlation is relevant as well. Of the 10-worst pass defenses, five of them were in the bottom-10 for total sacks. A strong secondary allows the defensive line to produce something called a “coverage sack.” That is when a team forces the QB to hold onto the ball for an extended period of time, allowing the pass rushers to blow the play up.

The biggest example of a player benefitting from strong secondary play, and converting on “coverage sacks” is the Giants own Leonard Williams. In eight games with the team in 2019 Williams posted a measly 0.5 sacks. He did, however, register 11 hits on the QB. It was clear in 2019 that Williams needed only one more second to turn those hits into sacks. And when he received that extra second this past season, he made it count.

In 16 games with Big Blue in 2020 Williams was simply dominant. His 11.5 sacks led the team and were the 7th-most in the NFL. Nothing much about the former No. 6 overall pick changed heading into 2020. He was the same player but this time around had a group of high-football-IQ players behind him. He pounced on his secondary’s success and showed everyone why he was taken so high back in 2015.

If the Giants were to go the CB route in round one, which I strongly endorse, there are two players on the table: Patrick Surtain from Alabama and Caleb Farley out of Virginia Tech. Both are projected to be lockdown corners at the next level, and with good reason. Each played against top-tier competition while in college, possess nearly identical long, rangy frames, as well as a wealth of skill to play in almost any type of defense. They’re each projected to go in the top-15 of the draft this April.

Let’s say the Giants like Surtain a bit more because of coach Judge’s connection to Alabama, and take him at No. 11. He would immediately slide into CB2 opposite Bradberry. It’s fair to say the Giants would have one of, if not the best CB duo in the NFL with that pairing. It would be extremely difficult for an opposing to QB to find an open receiver each play, thus giving the d-line time to do their job.

There’s no need to draft an edge rusher at No. 11 overall or overpay for one in free agency this offseason. Continue to build up the secondary and the sack production will increase as a result. When there’s a chance to fill two positions of need with one player, you must take it.