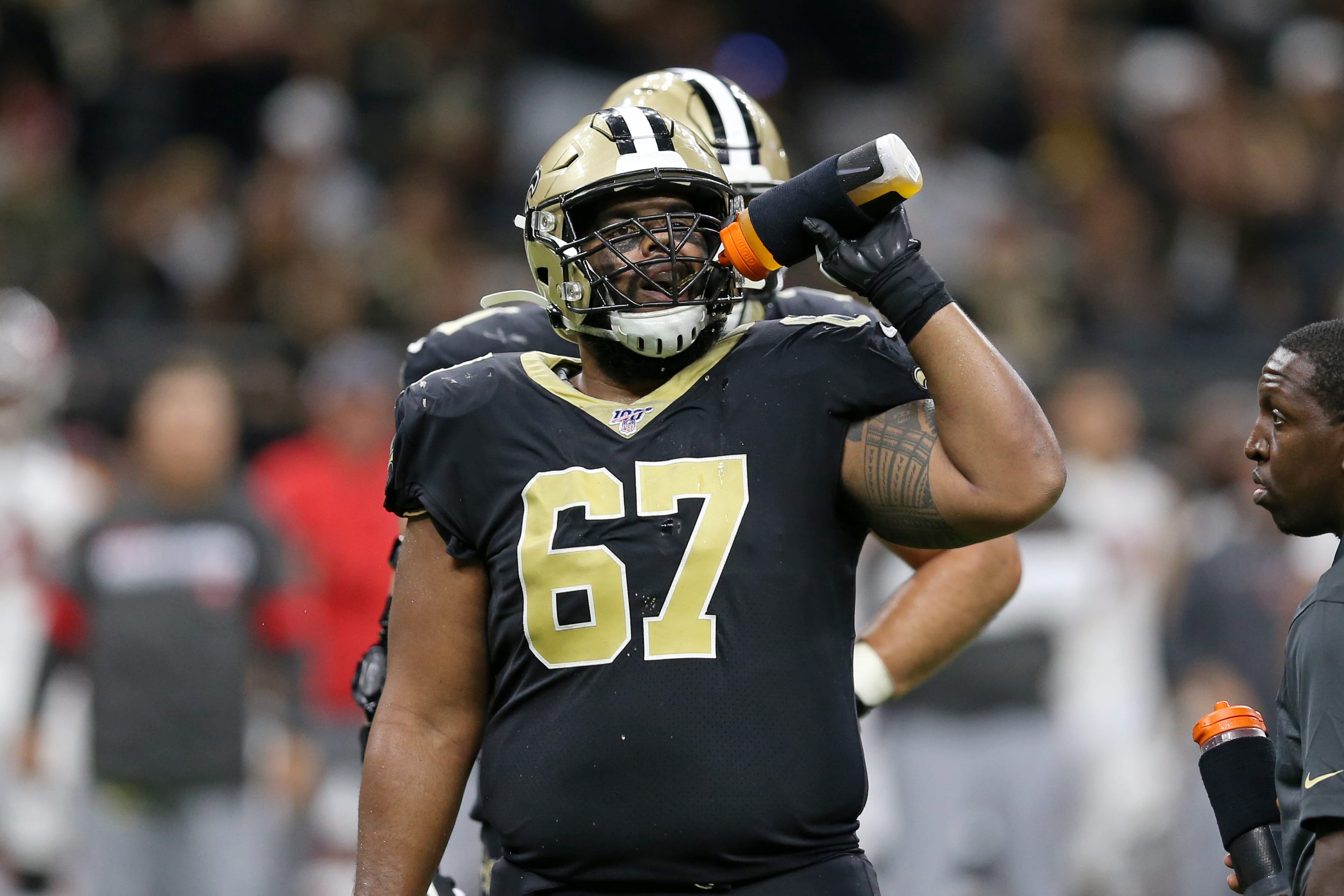 You probably read that headline and thought, “Sheesh, how many more offensive linemen can this team sign?”. Quite frankly, Joe Douglas has spent loads of resources between draft picks and money towards fixing the offensive line. Although he’s done a great job, the New York Jets could add another offensive lineman who would turn the line into an above-average line. That lineman is the newly released 3-time pro bowler, Larry Warford.

Who is Larry Warford?

Larry Warford was a third-round pick by the New Orleans Saints during the 2013 draft. At 28 years old, Warford has started on the Saints offensive line since his inception into the NFL. He’s only missed a handful of games in that time, and he’s received three Pro Bowl nods in the last three years. Warford is a durable and talented guard. Had he hit the market at the start of free agency, he’d have been a hot commodity. Now, with the addition of Saints’ first-rounder Cesar Ruiz to pair with their other young offensive linemen, the Saints felt that Warford and his $12.9 million dollar cap hit (2nd highest next to Drew Brees) were not worth it anymore. Warford now faces a likely extensive market.

The New York Jets Should Target Him

As I previously mentioned, although the Jets overhauled their offensive line, you never say no to a Pro Bowler. The tackles and center position may be solidified, and the Jets may have established competition at guard, but Warford is an instant game-changer. His durability and leadership would make him an asset. If you release Brian Winters and allow Alex Lewis, Cameron Clark, and Greg Van Roten to compete for the other guard spot, then Warford can be a starter on the line.

The fact is, the Jets need to continue to improve and establish completion at a position that is still not all the way improved. Adding a Pro Bowler in his prime would take the Jets’ offensive line to another level. 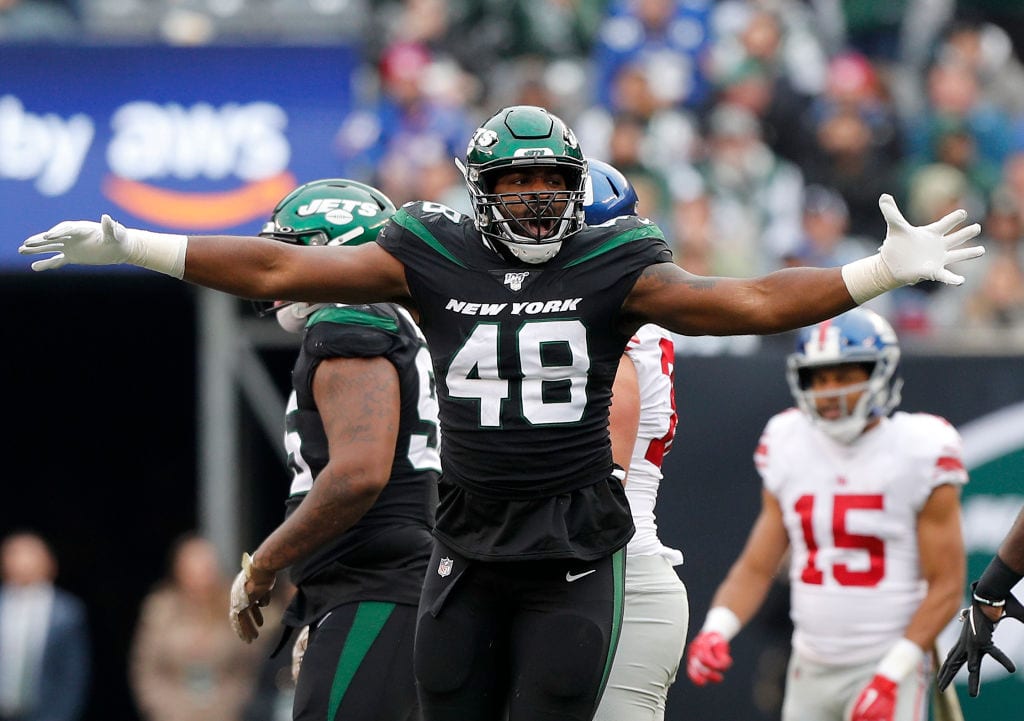 Well it’s that time of the year again where every team in the league gives their fans hope for the new season by signing players to over-priced contracts but it seems the Jets didn’t get the memo. The Jets have gotten off to a sluggish start this offseason by being overly conservative in their approach towards free agents. General manager Joe Douglas has made some very savvy under the radar deals along with some deals that make you scratch your head.

Signing Brian Poole to a 1 year 5-million-dollar deal and Connor McGovern to a 3 year 27-million-dollar deal with 18 million guaranteed are key deals in Joe Douglas’s plan for the team, but he hasn’t been perfect. On the first day of the legal tampering period the Jets either whiffed on or completely ignored addressing either tackle spot and they got burned for doing so. The Jets missed out on solid players like Jack Conklin and Halapoulivaati Vatai who signed affordable deals that the Jets could’ve matched or even surpassed. The Jets ended up with George Fant who has been below average at best in Seattle and not only that, the Jets signed him to a 3 year 30-million-dollar contract with almost half of that guaranteed.

The patient and stable approach of Joe Douglas is a bit worrisome considering he was boasting about how the Jets would be major players in the offensive line market. In Joe Douglas’s defense it is very difficult to sell free agents on Adam Gase because he has shown his ability to alienate players no matter how talented they are. Joe Douglas has secured solid second tier players and still has more work to do in order to fill out the rest of this roster.

If Joe Douglas wants to have a successful free agency, I suggest that he becomes a little more proactive in his pursuit of talent that would fill the needs at cornerback and edge even if that means splurging a little. 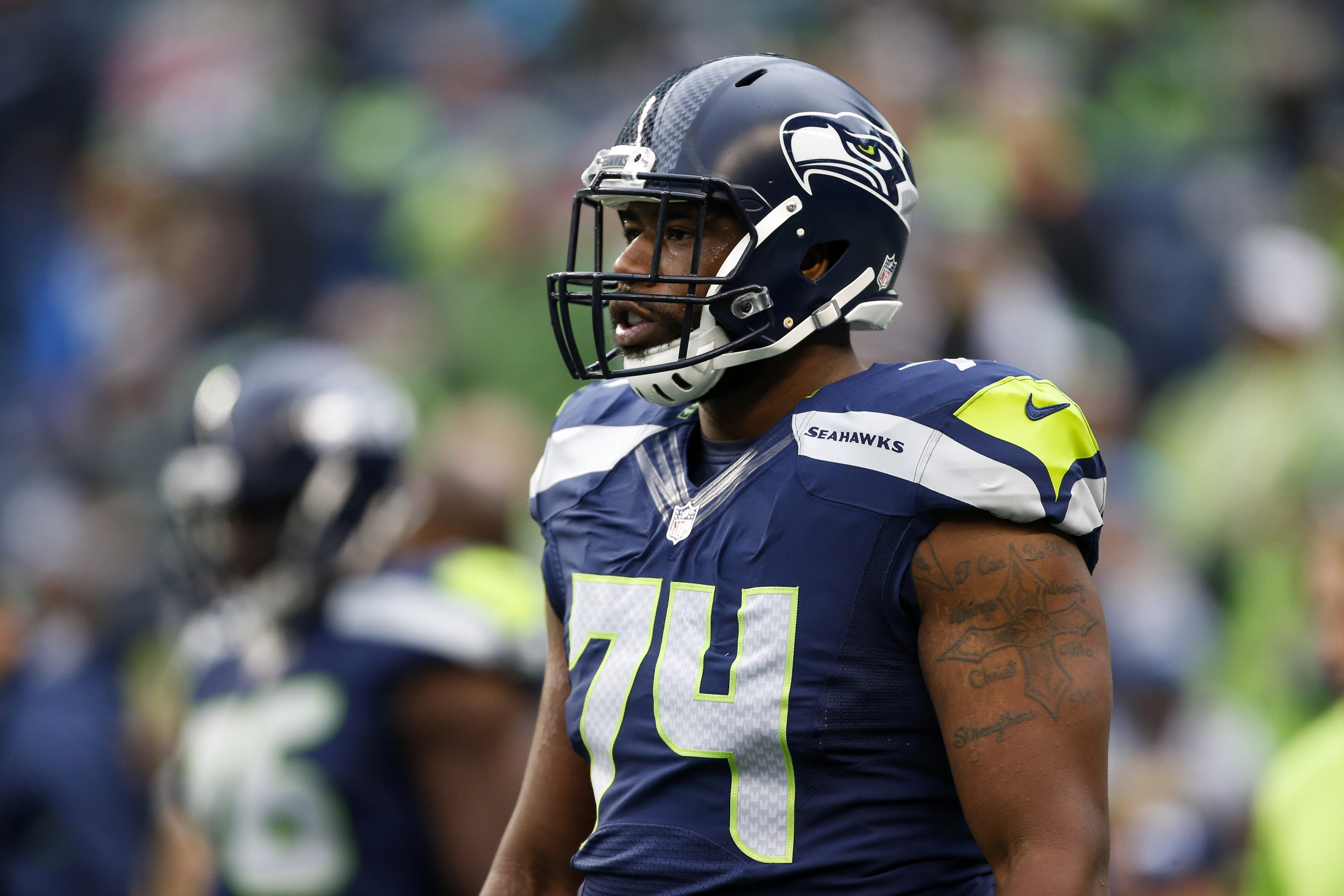 The New York Jets have made a move. They have signed offensive tackle George Fant. Fant has signed to a 3 year 30 million dollar deal with 13.7 million guaranteed.  Fant was a Seahawk since joining the team as a UDFA in 2016. Fant was a basketball player converted to a Tight End and then a tight end converted to an offensive tackle. Fant is athletic and a very good blocker. So what does Fant add to the team and where does he fit in the line?

Is Fant A Good Offensive Tackle?

George Fant is very talented. The jury is still out on how good Fant really is. Despite battling injuries, when Fant has played he has consistently shown signs of development. Fant was good rotating across the line and filling in for various players. Questions surround his durability as he has very few starts. However, when he has played he has been a great pass blocker. He has played 266 pass-blocking snaps and only allowed 2 sacks and 2 QB hits. If Fant can stay on the field he will be a good offensive tackle for the New York Jets. If he doesn’t work out, the Jets structured the deal to get out of it with a minimal cap hit next season.

How Does Fant Fit With The Team

Fant will immediately become a starter on the offensive line. He will likely be the left tackle until the presumed draft pick is prepared. When the pick is ready, he will likely move over to the right side. This move gives the Jets an option and as I’ve been saying for a while, the Jets needed a valuable offensive tackle. Fant will improve the tackle spot if healthy and allow the Jets to move to the interior offensive line and other spots. Fant is a potential value signing but if he can’t stay healthy then this move will have been a waste.