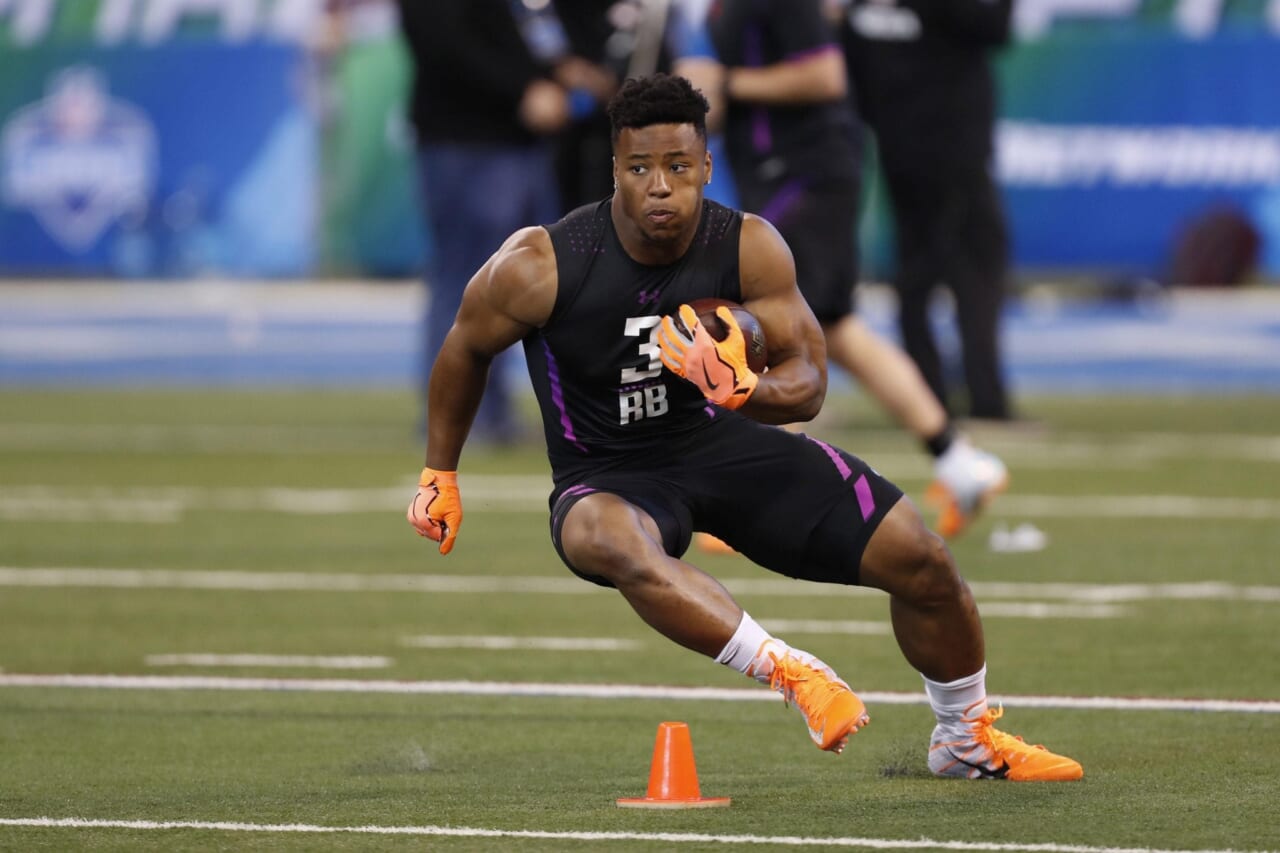 For the New York Giants to make the most out of the 2018 NFL Draft, they will have to secure two players that can come in and start right away. Drafting a QB could be a solid plan for the future, but by the time he’s ready to take over the starting job from Eli Manning, it will be rebuilding time for the defense.

The Giants can solve their problems on offense this offseason, but it would mean that they are planning for the near-future and not three-four seasons down the line. Now, it’s not out of the question that the Giants can make a Rams-esque jump into relevancy, but it will take some masterful salary-cap tinkering from Dave Gettleman, and an amazing coach in Pat Shurmur.

Here’s what the best possible offensive would look like for the Giants in 2018:

Now, one might look at the offensive line and say “how on earth can we get both Norwell and Solder?”

Well, Solder has struggled with injuries in recent years, but he’s the only left tackle worth exploring in free agency. His injuries will lower his stock and might land him in the $7-9 million per-season range, far less than a young and quality tackle would make. In addition to the injuries, Solder is 30-years old, putting his future playing career in question. Offering him a three-year, $30 million deal with $15 guaranteed and incentives might swing him the our way.

I can’t get this image out of my head… Odell Beckham Jr., Evan Engram and Saquon Barkley taking the field at the same time. Does that not sounds like the most devastating offensive trio you’ve ever seen?

Barkley would force teams to stack the box on the nearly every play which would place man-coverage on Beckham Jr., or Sterling Shepard. This would open up the pass game significantly and it would enable an extremely dangerous screen game as well. Additionally, you’d have Engram running up the screen or facing off against linebackers… An easy task for the continuously improving tight end.

The Giants are reportedly very interest in offensive lineman Will Hernandez, who put up great numbers in the NFL Combine.

He weighs in at 348-pounds and is 6-foot-2. His draft stock has risen exponentially in recent days, making him a probable top-40 pick. Luckily, the Giants have the 34 overall pick in the draft (2nd pick in the second-round).

If the Giants can secure Hernandez in the second-round, they could be looking at one of the best drafts they’ve had in years.