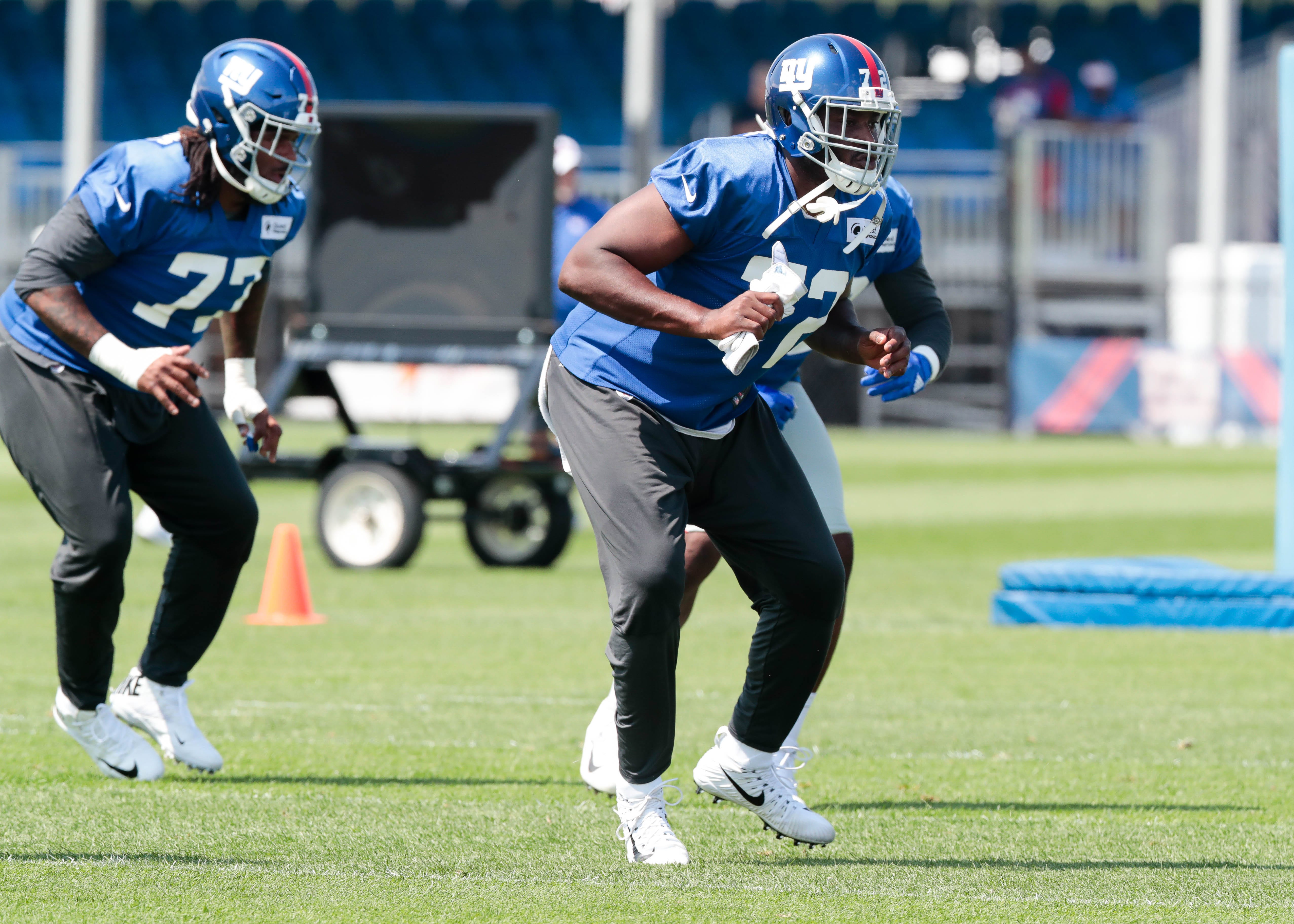 The New York Giants promoted offensive lineman Evan Brown to the active roster on Saturday before their week ten matchup against the Jets at MetLife stadium.

With center, Jon Halapio already ruled out and right tackle Mike Remmers on the fringe of missing the contest, Brown was added to give the Giants additional reinforcements.

Brown was signed by Big Blue as an undrafted free agent out of SMU in 2018. He started all four years in college, giving him the essential experience to compete at the professional level. Up to this point, the reserve lineman has not been able to crack the starting team, but he will receive an opportunity to impress if called upon. Nick Gates will be next in line to take over at tackle if Remmers is unable to go.

To make room for Brown on the active roster, the Giants waived Olson Pierre. This move makes sense considering the Giants recently traded for Leonard Williams, adding a rotational piece to the three defensive tackles. Pierre, however, had been productive in limited action this season, logging 2.0 sacks, three tackles for a loss, two quarterback hits, over just 28 percent of defensive snaps

What will the offensive line look like against the Jets?

The New York Giants will trot out Nate Solder at left tackle, Will Hernandez at left guard, Spencer Pulley at center, Kevin Zeitler at right guard, and Nick Gates at right tackle if Remmers is unable to play.

The Giants’ front five has struggled in recent weeks against superior defensive fronts, so a change to the starting unit could prove to be a positive thing. There’s no better team to test out different players than the 1-8 Jets.

John Fennelly – Is it too early to call Giants’ CB DeAndre Baker a bust?

Michael Eisen – Giants D looks to get back on track vs. Jets