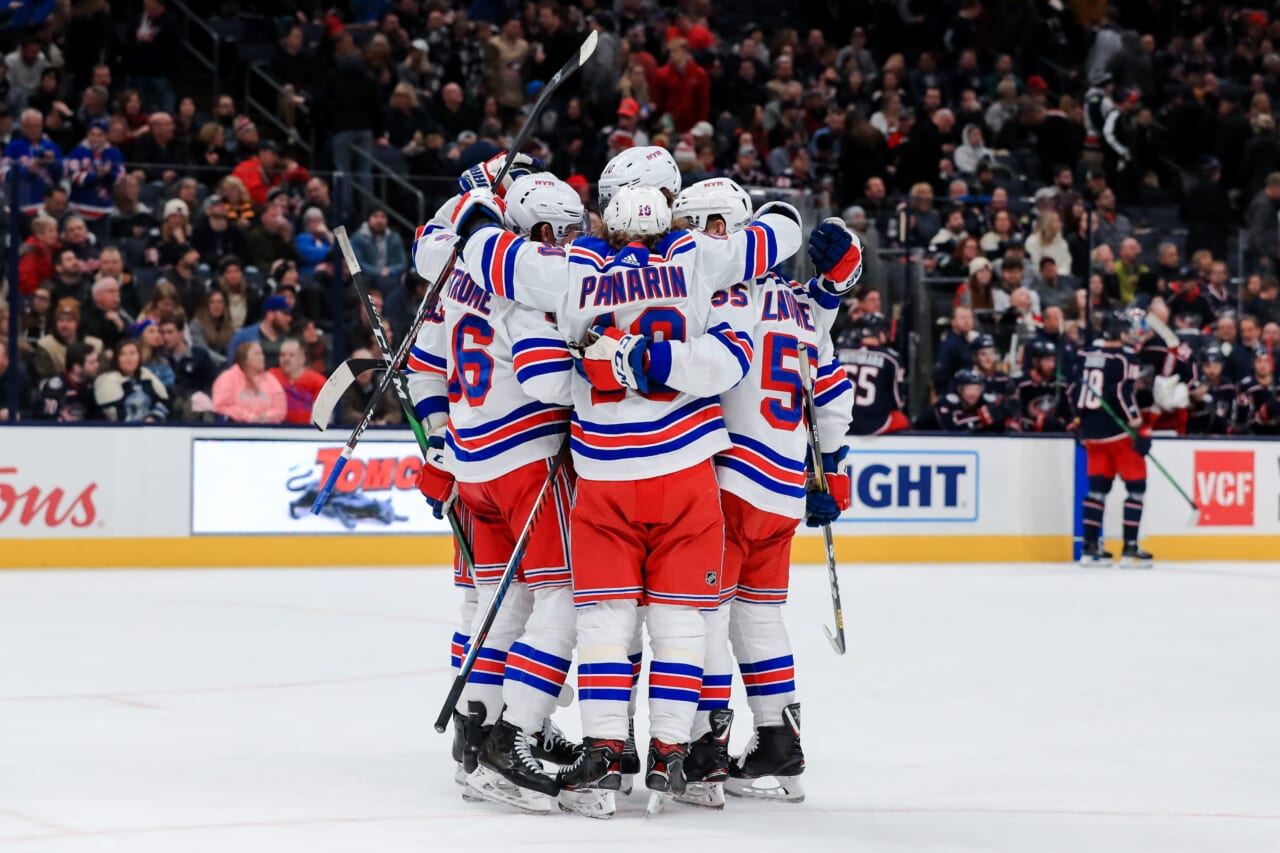 New York Ranger fans and hockey fans around the world received some positive news on Wednesday when reports surfaced that the NHL was looking toward a resumption of play. One of the scenarios being looked at is having an NHL team and city “host” games for multiple teams, similar to having a basketball regional like in the NCAA basketball tournament. Hopeful as this is, the NHL faces some hurdles in implementing this plan or any other during the summer months.

As we detailed in an article back in March, maintaining proper ice conditions during summer months for most locations in the NHL will be very difficult. As far as the ice conditions, the NHL recommendation is for ambient air to be between 60 and 64 degrees at 40 to 44 percent humidity. Rink experts agree that it is possible for every NHL team to maintain suitable ice conditions in those warmer months. This will be an expensive venture, both in manpower and in air conditioning and maintenance costs. The experts feel that that the most important factor would be the diligence of the team ice crews, who will have to work harder and smarter than they ever have to make sure the ice surface is playable for games during the hottest days of the year. This is in part why Edmonton is being considered as a site due to it’s relatively lower warmer summer temperatures and humidity.

Can New York Rangers and other players be allowed to return on their Visas?

Two legal issues that must be addressed are player contracts and visa issues with players from other countries. Work Visa’s have specific dates which probably do not include the summer months. Also, player contracts expire on June 30. This may be an easier issue to deal with as contracts would need to be amended to allow for an extended league year through the summer. Experts feel that could be an even more difficult hurdle as compared to contract terms, which can likely be handled internally through the league and playersâ€™ association. However, it is widely thought that both the United States and Canadian government would be more than happy to help out with this issue, especially since it has been reported that if the league does not resume the 2019-20 season in a summer session, they will be facing losses of up to $1 billion.

The New York Rangers should get many kudos for giving fans some kind of access to players at this time when hockey and other sports are on hold due to COVID-19. On Wednesday, Ranger’s defenseman Adam Fox took the time to answer questions on the Rangers twitter page. When the season was paused in March, Fox was having a solid season. He had scored eight goals with 34 assists and had a +22 on the plus/minus scale.

Fox attended Pioneer High School before enrolling and playing hockey for Harvard. He was selected by the Calgary Flames in the 2016 NHL Entry Draft. In June 2018, Fox’s NHL rights were traded to the Carolina Hurricanes and were then traded to the New York Rangers in April 2019. When asked about that trade, Fox replied that “I was obviously super excited getting traded to the Rangers but also was a little bittersweet because I had to leave school.” His first special memory was scoring his first goal for the Rangers, and he remembered that “Scoring my first goal was a feeling of just pure excitement. I pretty much blacked out after it went in.”Â

In the terms of his memory about the Rangers, Fox could not remember anything specific about any early games he attended, but he did there was one game that stood out the most for him. “I donâ€™t know my first memory but my favorite was going to a Stanley Cup Final game against LA. They lost the game but the atmosphere was unlike anything I’ve seen before.”

An astute fan remembered that while Fox was at Harvard, current Ranger head coach David Quinn was the head coach at Boston University and the two were on opposite benches during the historic Beanpot Hockey tournament, where Fox’s Crimson team was victorious over Quinn’s Terriers. When asked if Fox ever brings this up to coach Quinn, he diplomatically replied: “I probably wouldnâ€™t bring up that game to Coach Quinn, probably one that he wants to forget about. It is good to have a coach though that understands the transition from college hockey and the adjustments that need to be made to be a good pro player.”

There was some interesting news that could have interested the New York Rangers when Elliotte Friedman of Sportsnet recently said during an appearance on Buffalo’s WGR Sports Radio 550 that Chicago may be open to listening to trade offers for Dylan Strome, the brother of Ranger’s Ryan Strome. Could the Rangers be interested in adding the 23-year-old, especially since Friedman believes there will not be much cost to acquire him? It is definitely an intriguing thought.

Even though his stats haven’t been as impressive in 2019-20, he’s been a major part of the Chicago Blackhawks’ lineup as their No. 2 center behind Jonathan Toews. If the Rangers would acquire him, he would more than likely be the third center behind his brother and Mika Zibanejad, unless he or his brother switch to a wing. His history suggests that he could be a formidable third-line center. Dylan Strome had 38 points (12 goals and 26 assists) in 58 games when the NHL season was suspended due to the coronavirus pandemic. Strome was selected by Arizona with the No. 3 overall pick in the 2015 draft, but he didn’t make his NHL debut until playing seven games in the 2016-17 campaign. He played only 48 games for Arizona before being traded to Chicago in November of 2018. Combined with the 20 games he played for the Coyotes to open the 2018-19 season, he had 57 points (20 goals and 37 assists) over 78 total games.

Now the big question is, could the Rangers afford him, especially with the uncertainly of the salary cap for next season. Strome earned $832,500 each of the last four seasons, per Spotrac, so will most likely make more in the coming years. He is set to become a restricted free agent this offseason, so it’s possible the Blackhawks could be looking to trade him before losing him without getting anything back in return.

Ryan Strome had a twitter Q and A today, and while he did not or probably could not answer any questions related to this, he did respond to one question about whether he and his brothers are close he tweeted back: “Yeah really close. Fun to be chasing our childhood dreams at the same time.”(Younger brother Matthew is currently with the Reading Royals of the ECHL)

It is probably a longshot, but in the uncertainty of what has happened, and what may happen, one never knows. 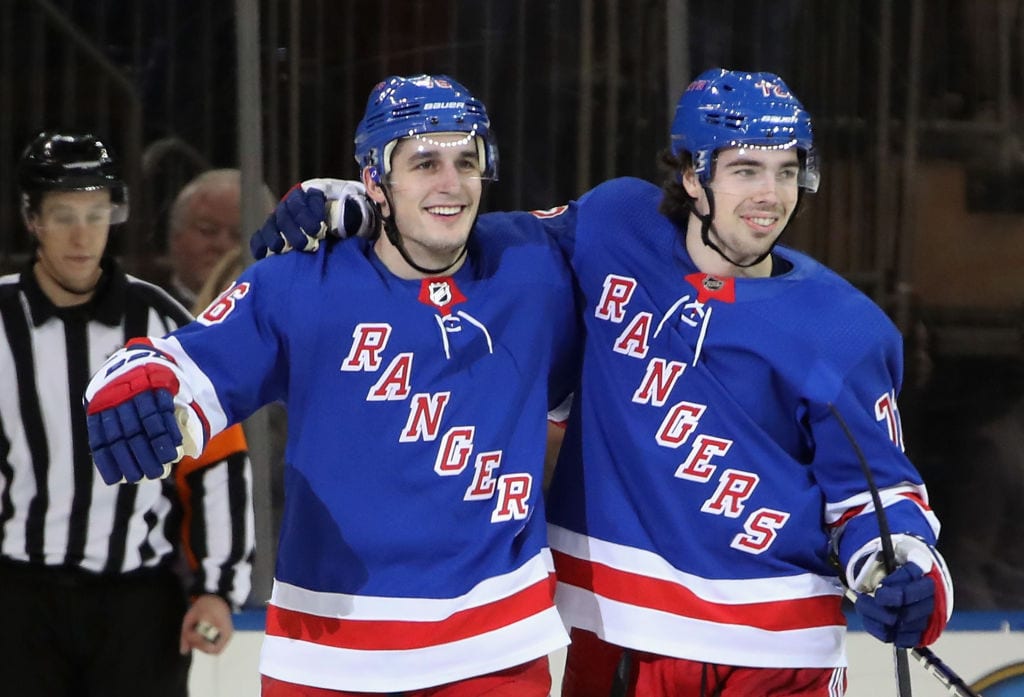 The New York Rangers may end up doing what millions of fantasy sports participants do every year: draft online. That’s right, you could see John Davidson, David Quinn, and other Ranger officials sitting in front of a big screen, time clock ticking away in the corner, as the look through the list of players available. Then they make their selection and press enter, and the New York Rangers have made their pick. Sound far-fetched? It might not be as the NHL canceled some events, including the live 2020 Entry Draft.

Recently, the NHL announced it has postponed the 2020 NHL Draft Combine, the NHL Awards Show and the 2020 NHL Entry Draft. The Draft Combine was scheduled to take place on June 1-6 in Buffalo, NY as it always does. The Awards show was to be held in Las Vegas, NV on June 18 and the draft wouldâ€™ve been June 26-27 in Montreal. Not surprising because in a best-case scenario, the Rangers and/or other NHL teams will be playing games during this time. But in postponing this live, planned event, the NHL will have to look at other ways to have teams, select players.

This is from the official press release: The location, timing and format of the 2020 NHL Draft (and Draft Lottery) will be announced when details are finalized.Â

The New York Rangers may be drafting “online”.

Overall, this has possibilities. Whether it may be to help with the continuing practice of social distancing or to facilitate a draft that has to be planned in a short period of time, drafting online has some merits. It could also be quite interesting to watch this kind of draft. Imagine following along on the television or on a computer. You might get to see the same screen that the teams are using. Maybe there is a little trash talking going on between teams in the little chat box that is featured in most fantasy draft formats.

Something to ponder while we do some mock MLB drafts while practicing social distancing for a little while longer. 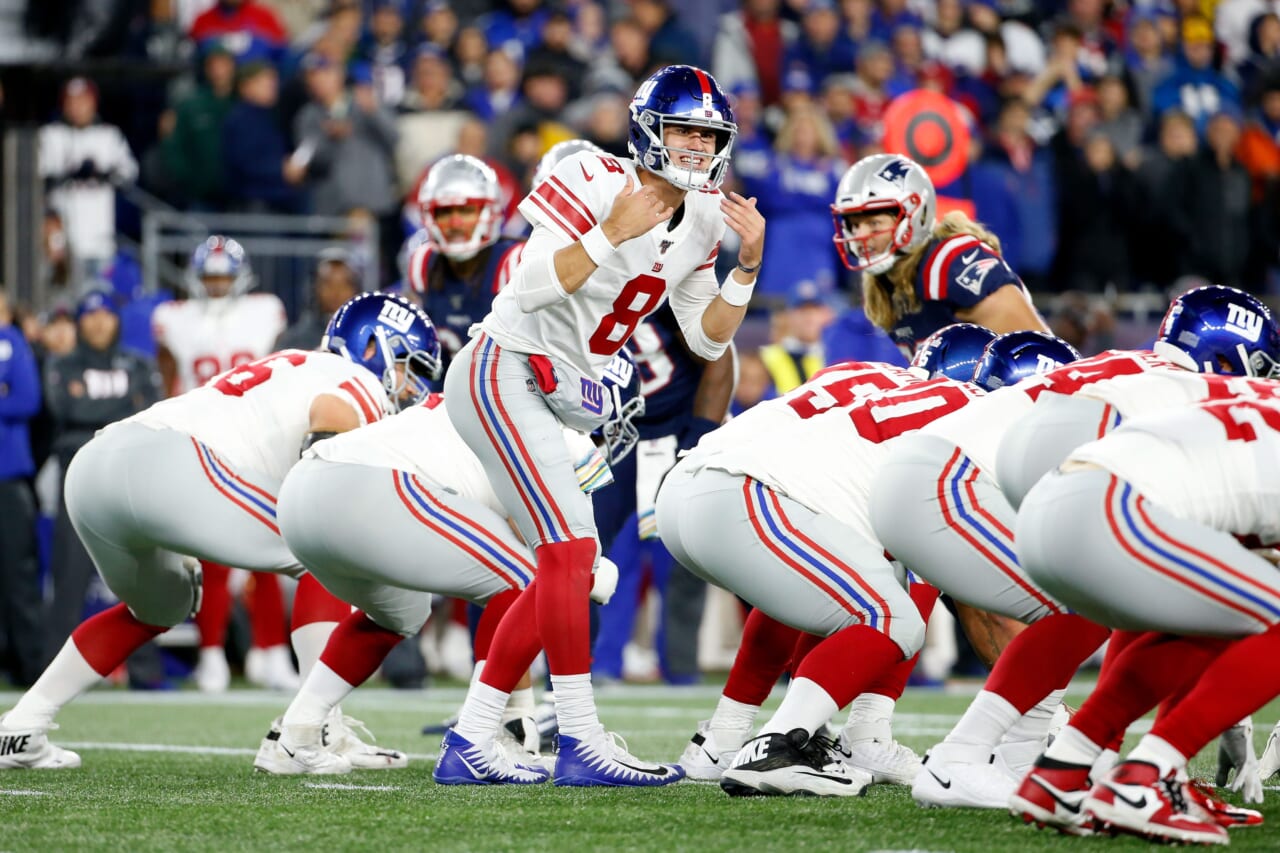 With the upcoming Thanksgiving holiday members of the New York Giants took time out of their busy schedules to help those less fortunate and spread joy during the season.

Happy Thanksgiving!Â  Here are some of the heartwarming stories from this week:

The New York Giants hosted members of United Rentals military veterans for a day of watching practice and interacting with the players.

Members of the New York Giants attended the Muscular Dystrophy Association of the United States of America #MuscleTeam Gala to find life-changing treatments for MDA, bring awareness to this disease and other associated neuro-muscular diseases and ultimately find a cure to help those afflicted.

Members of the New York GiantsÂ  along with Hackensack Meridian Health of New Jersey, handed out turkeys that were kindly donated by Stop and Shop, at the Community Food Bank of New Jersey, a member of Feeding America, whose goal is to help eradicate hunger by providing not only food, but hope to those who need it most.Â  New York Giants Markus Golden, Garrett Dickerson, Grant Haley, B.J. Hill, and Sean Chandler were at the Community Food Bank of New Jersey to help make the days of all involved!

New York Giants linebacker Alec Ogletree handed out 1,000 turkeys at his alma mater Newnan High School to those in need in the local community.

Former New York Giant Jameel McClain was able to feed over 2,000 families at his annual Thanksgiving dinner.Â  For 10 years, McClain along with his 53 Families Foundation has helped countless families have a bountiful Thanksgiving and brighten their holidays!

With the Thanksgiving season upon us, it is nice to see the wonderful things the members of the New York Giants did to help make the season a little better!Â  This season is a time to give thanks and show gratitude and these great guys really made a difference no matter how big or small in the lives of those less fortunate and gave them something to appreciate!

These are just some of the good things that happened this week in the Giants community, stay tuned for next weekâ€™s edition!Â  Wishing you all a joyous and blessed Thanksgiving!