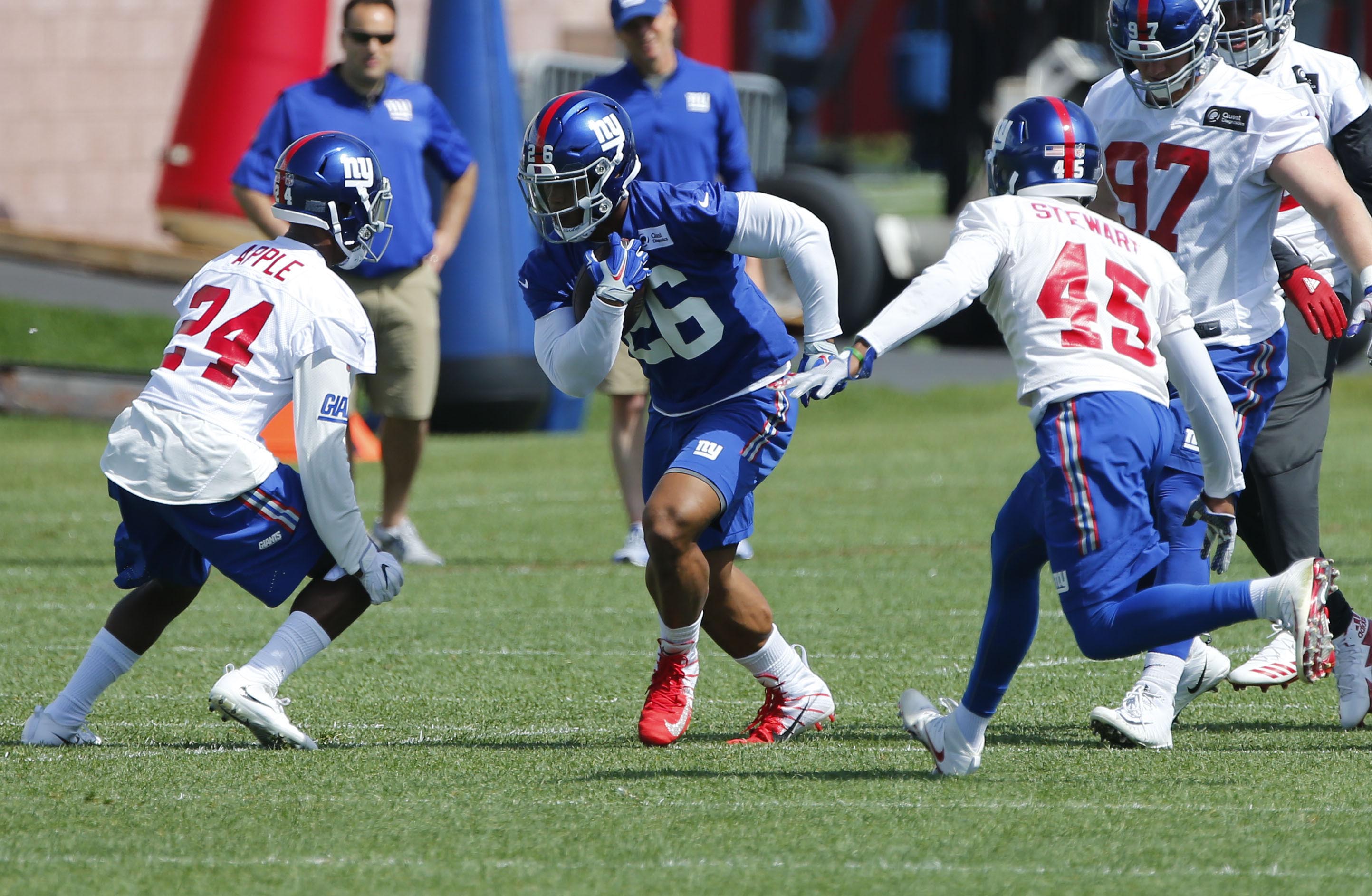 The New York Giants practiced today after taking Saturday off. The offense and defense faced off earlier this Friday for the first intra-squad scrimmage of training camp. Today, though, the team had a standard practice. Despite the COVID scare in the NFL today, the Giants still held their walkthrough.

In the NFL, multiple teams had positive COVID tests from Saturday’s daily testing. The Giants were one of the teams that had staff members test positive. But, according to reports, the tests around the league were false positive. There was an issue at a lab in New Jersey. The Giants and all other teams affected took the necessary precautions, but it appears that these tests were inaccurate and there is not actually a spike in COVID cases within the NFL.

The Giants had a light practice today. It was an easy Sunday as the players continue to recover from their hard scrimmage on Friday. The team is likely to speed things up again tomorrow, though, after today’s practice was “little more than a walkthrough.”

The Giants have practiced hard throughout training camp. It has been high-intensity, but there have not been any fights yet. If fights do happen, though, head coach Joe Judge has a response plan:

“If you fight in a game, you get penalized and get ejected. We’ll play nasty, not dirty. If you get thrown out for fighting in a game, you can get kicked out of practice.” – Joe Judge on team fights during practice via Matt Lombardo

Joe Judge is still delivering on his promises: this will be a disciplined, no-nonsense team under his control. Judge has been receiving plenty of praise and criticism for his hard, disciplined practice style so far. But the players and assistant coaches have all had positive things to say about Judge. Outside linebackers coach Bret Bielema said today: “There’s no falseness to it, there’s no just trying to put a certain look. It’s just him being real.” Judge has made an authentic, genuine impression on his staff.