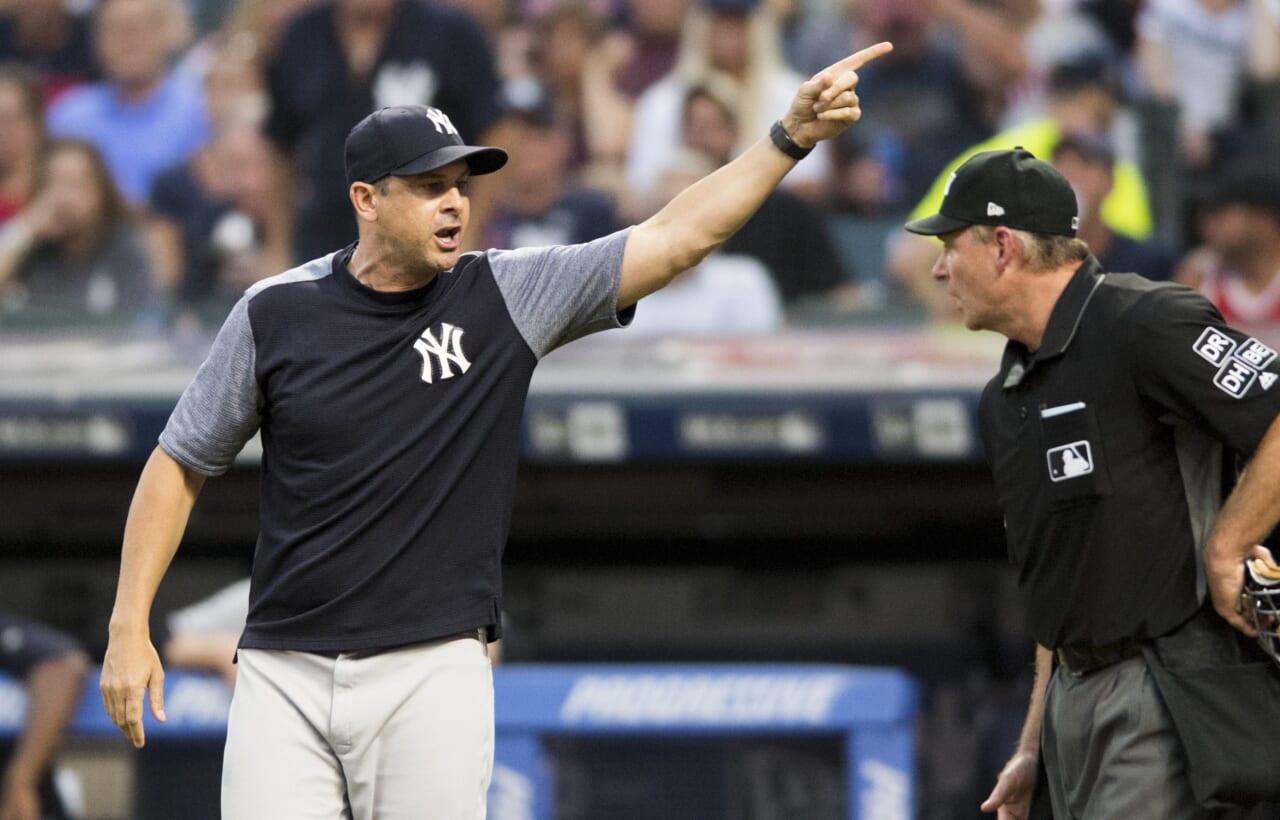 New York Yankees’ manager Aaron Boone is notorious for his “savages” rant to an umpire earlier this year, and his theatrics continued in Saturday’s 6-5 win over the Cleveland Indians.

After Cameron Maybin was rung up on a pitch clearly off the plate in the sixth inning, Boone must have said something in the dugout which ultimately was heard by the umpire who threw him out. Once ejected, Boone ran out to home plate to get his money’s worth where he told the home plate umpire to “tighten it up,” just like he did during his “savages” rant.

An 11-year veteran and notorious for arguing with officials, Brett Gardner watched his manager from the dugout be ejected. Then doing his signature move, Gardy starts to bang his bat against the dugout roof which led to his ejection. Long-time teammate of Gardner, CC Sabathia yelled at the umpire from the top step of the dugout which led him to also being ejected.

This was the fourth time Aaron Boone has been ejected this season and it was his eighth time in his career. Bench Coach Josh Bard was put in charge after Boone’s ejection and Mike Ford took Garnder’s spot in the lineup.

Despite the 6th inning fireworks, the New York Yankees went on to win the game 6-5 against the Cleveland Indians. Gleyber Torres led the team with two home runs, while DJ LeMahieu and Didi Gregorius pitched both with solo shots. The Yankees improved their record to 83-42. The Bombers will take on the Indians again tomorrow at home at 1:05 PM EST.