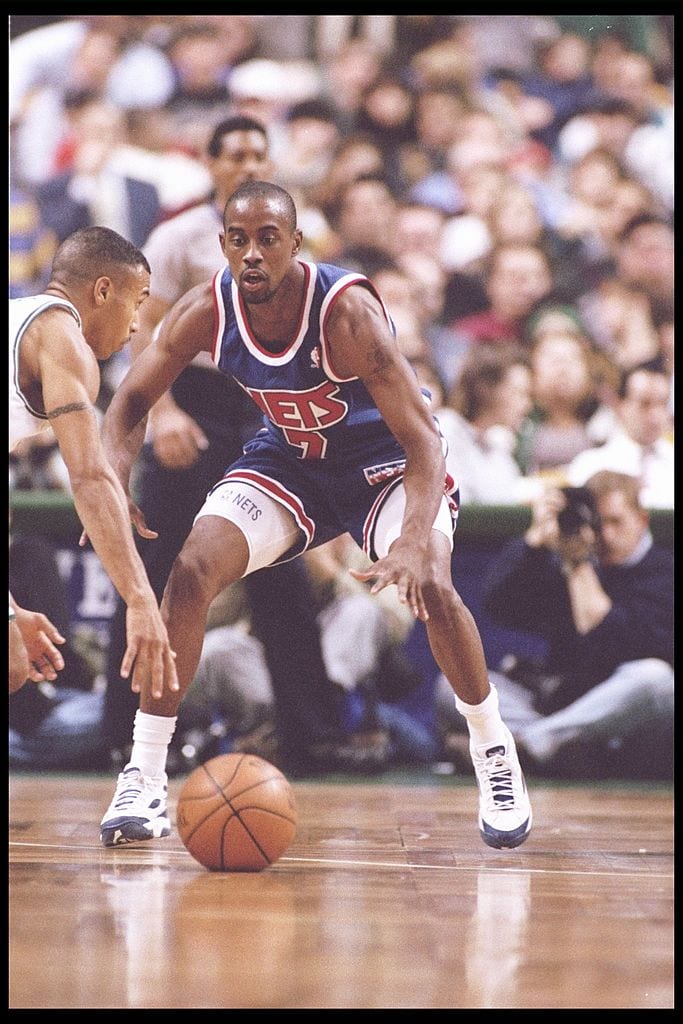 Owner Mikhail Prokhorov came in guns blazing following his purchase of the New Jersey Nets in 2010. With brash promises to fans including his infamous â€œfive-year guarantee,â€ there was immense pressure from the start to build a contender.Â

Rather than rebuild around young all-star center Brook Lopez, Prokhorov decided he wanted to make a splash.

This desperation was first displayed in 2011 at the February trade deadline. Looking to acquire Nuggets forward Carmelo Anthony, the Nets were eventually outbid by the Knicks. Refusing to be overshadowed by his crosstown rival, Prokhorov turned around and dealt for star point guard Deron Williams, who at the time, was considered a premier point guard in the game. To facilitate the deal, the Nets needed to part with all-star point guard Devin Harris, promising former third overall pick Derrick Favors, as well as two likely lottery, picks in years to come.Â

Williams was close friends with Dwight Howard, and the two immediately became enamored with the idea of teaming up. Finding a way to acquire Howard would vault the Nets into instant title contenders. The Nets offered four first-round picks and franchise cornerstone Brook Lopez for Howard, but Orlando declined. Content on waiting until Howard became a free agent to sign him, rather than deplete assets, the Nets pulled out of talks. On one fateful plane ride, Howard changed his mind.Â

â€œyou know what, I love you guys. Iâ€™m coming back. And really, that was it! That was it! There was no, like â€” there wasnâ€™t a heart-to-heart, it was just he was having a good time on the plane and decided he wanted to come back.â€

In the blink of an eye, the Nets needed to turn their attention to alternate ways of building a contender around their superstar point guard.Â

The 2012 trade deadline marked the Nets’ first desperate attempt to come back from missing out on Howard. A last-minute deal saw the Nets land high-energy forward Gerald Wallace in exchange for negligent pieces and a top-three protected first-rounder.Â

Ben Falk, a former Blazers analytics manager, wrote last year on his site Cleaning the Glass that when Portland realized the Nets not only wanted Gerald Wallace badly but were willing to give up a top-three protected first-rounder for him, â€œMy heart hit the gas pedal.â€Â

That quote has aged like fine wine, contrary to the trade. That draft pick fell at sixth overall and was used to select superstar point guard Damian Lillard. Maybe youâ€™ve heard of him.Â

This theme of casual dumping of draft picks for veterans who did not move the needle continues to haunt the Nets to this day. In a salary dump that saw them expel the roster of Troy Murphy, the Nets threw in a second-round pick to sweeten the pot. That pick became Draymond Green.Â

The move to Brooklyn in 2012 came with added expectations as it was Prokhorovâ€™s big promise being delivered. The franchise became more marketable and immediately was thrust into a rivalry with the Knicks, who were coming off a successful season that saw them land in the second seed in the Eastern Conference on the backs of Anthony and Amare Stoudemire. The Nets, hoping to compete right away, re-signed Williams, Wallace, and Lopez to deals that would cap-string the team, and traded for Joe Johnson, another high-priced star who was exiting his prime. The trade was contingent on the re-signing of Williams, as Johnson held a no-trade clause and would only be willing to leave if he knew he was going to be playing for a contender.Â

The first season with this new core ended in a bitter disaster. After showing promise en route to a 49-33 finish, earning home-court advantage in the first round, the Nets were shocked in the Barclayâ€™s Center in an intense game seven after blowing a 2-1 series lead and a seemingly insurmountable game-four lead that was decimated by Nate Robinson catching fire in a way he hasnâ€™t at any other point in his career.Â

The pressure continued to mount for Porkhorov and general manager Billy King. This reached a tipping point on draft night in 2013, when desperation led to the final blow for a Nets roster that had been building disaster for the better part of two years.Â

The Nets moved on from four draft picks and offered two pick-swaps, among other pieces, in exchange for 37-year-old Kevin Garnett, 36-year-old Paul Pierce, and 36-year-old Jason Terry. This left the Nets with a roster with championship aspirations, but marginal room for error. Every former star needed to perform exceptionally, which did not quite pan out. Instead, the next two seasons became a script for the concept of Murphyâ€™s Law. Everything that could go wrong, went wrong.Â

Celtics general manager Danny Ainge gave a statement following the trade in regards to Brooklynâ€™s desire to push for a championship. “So, Brooklyn showed a great deal of interest in putting a Dream Team together at any cost,â€ he said.Â

This desperation left the Nets with little leverage, and thus had every asset possible pulled out from their disposal and fast-tracked the Celtics quest to rebuild.Â

When blended together, the Nets five stars were consistent in one thing: underachieving. Williams struggled with injuries, Garnett and Pierce struggled with declining performance related to age, and Lopez was unable to find a role in the offense, which had been just about the only thing keeping him afloat in his career. Johnson provided late-game heroics and consistent clutch performances, but past his prime, he was unable to carry the lineup past Lebron James and the Miami Heat.Â

This era came to an abrupt ending, with Pierce leaving after one year, and Garnett being openly unhappy with his long standing running mate. Trading away Garnett for Thaddeus Young left the Nets with nothing from the 2013 trade that gutted their assets, after only 1.5 seasons.Â

In the summer of 2015, Williamsâ€™ was waived using the stretch provision. This marked the end of his tumultuous tenure with the Nets, one that was defined by inconsistencies and a failure to take the grips of a franchise in need of a savior. Half a season later, Johnson was bought out, ridding the Nets of all of their vaunted starting five except for Brook Lopez, who found himself in a similar position as before the team acquired Williams in the first place. But even Lopez ended up falling victim to the blow-up of the roster, as the team traded him for frustrating headcase D’Angelo Russell, who had a world of potential but couldnâ€™t figure it out under the tutelage of Magic Johnson and the Lakers.Â

This era in Nets history will always be remembered with embarrassment by fans, as the toxic culture of the team made them difficult to root for and hard to watch. That being said, if it werenâ€™t for these mistakes, the current roster would not have been possible to obtain. Prokhorov backed off and let his front office do their jobs, completing a full rebuild, and now, even after he has sold the team, the contender he thought he had back in 2013 has taken shape.Â 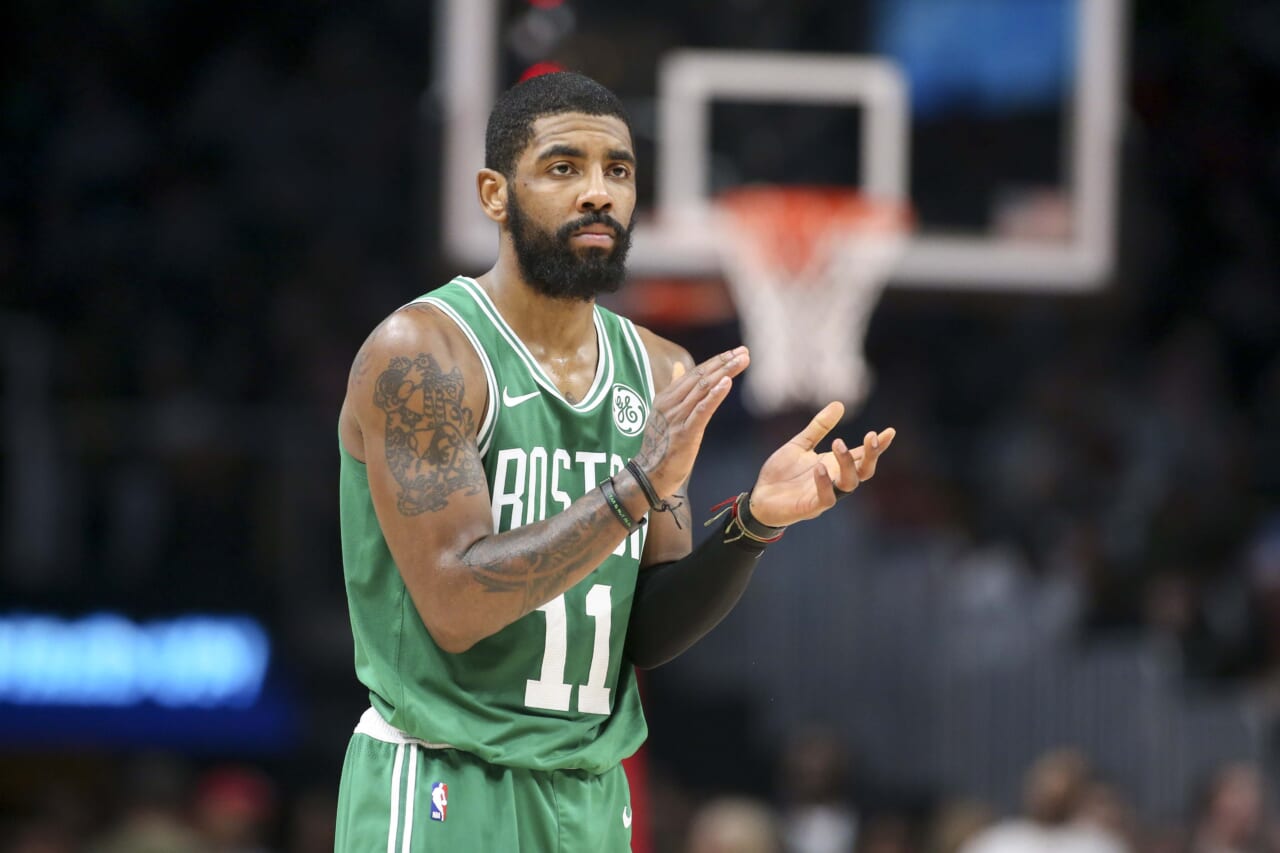 The Brooklyn Nets enjoyed elite point guard play for the first time since 2012 when Deron Williams was still on the team and the organization was just relocated from New Jersey to Brooklyn. Fast forward seven years and the entire concept of Brooklyn lured both Kyrie Irving and Kevin Durant to the smaller team in New York.

Irving, though, brings a consistency to the point guard position the Nets haven’t seen in quite a while. D’Angelo Russell was fantastic in 2018, averaging 21.1 points per game and 7.0 assists. He was an All-Star and helped carry the Nets into a playoff appearance, despite losing in the first round to the Philadelphia 76ers.

The influence of an everyday premium point guard is significant, and the team will see the benefits this year. Irving has only dipped below 20 points per game (season average) twice in his eight-year career, the last being in 2015-16 with 19.6.

The primary issue with Irving is that to be quite frank, he’s a little crazy, and players have a hard time developing chemistry with him. He’s a very self-centered player, never averaging over 6.9 assists per game throughout his entire career (has never been top 10 in this category). While a number of Nets players were actively recruiting Irving to the Brooklyn, including Spencer Dinwiddie, it seemed as if he was coming all along. 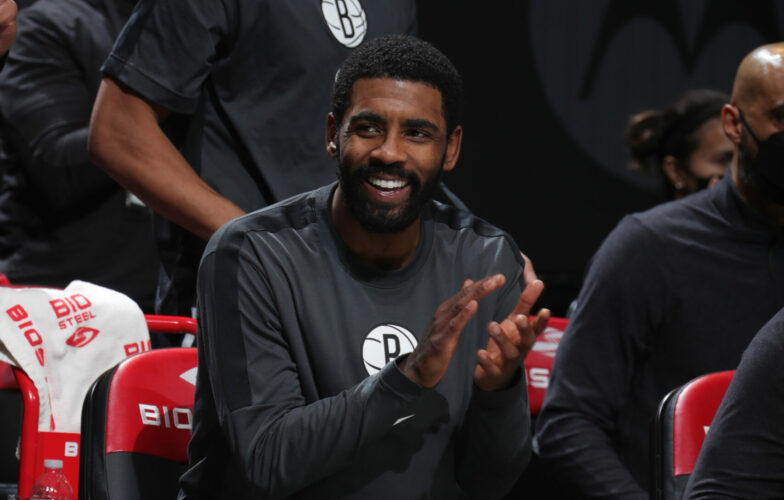 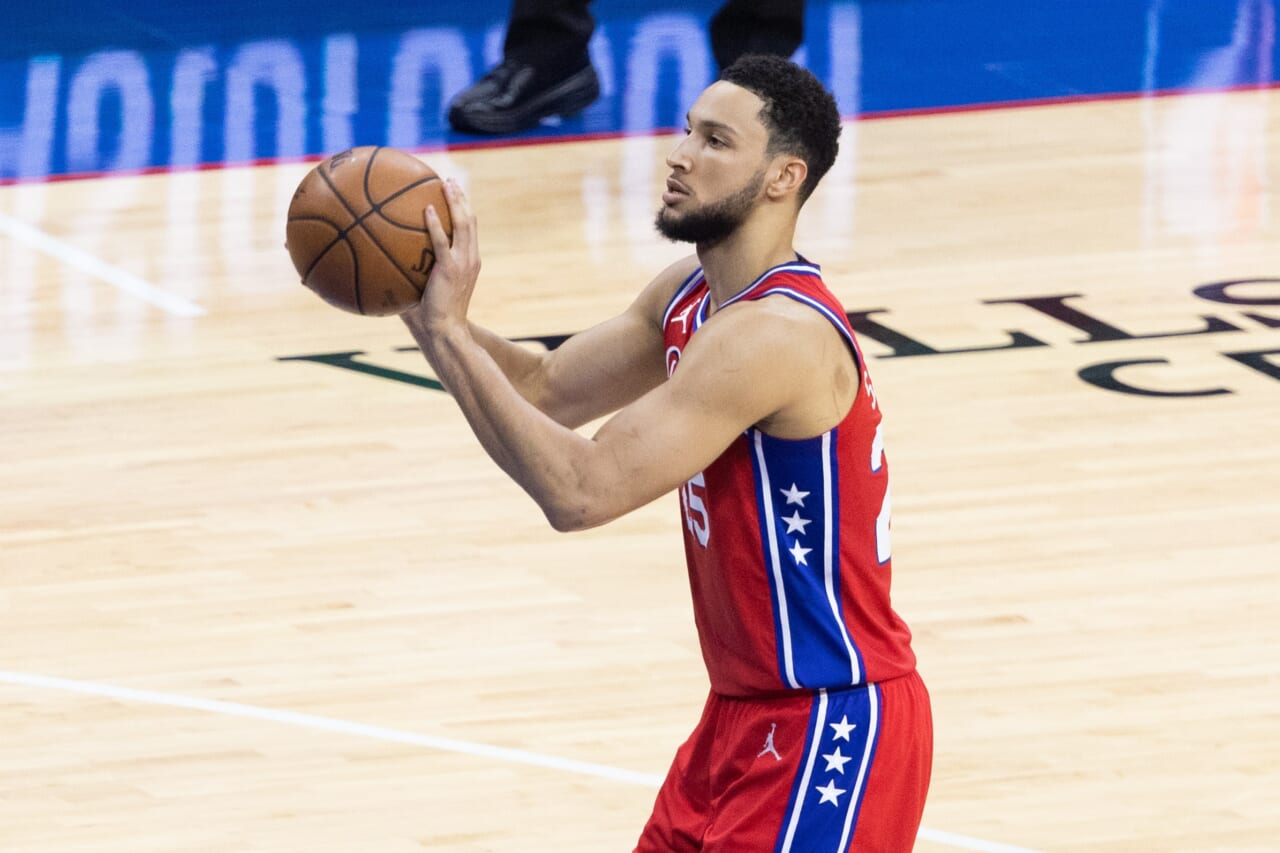 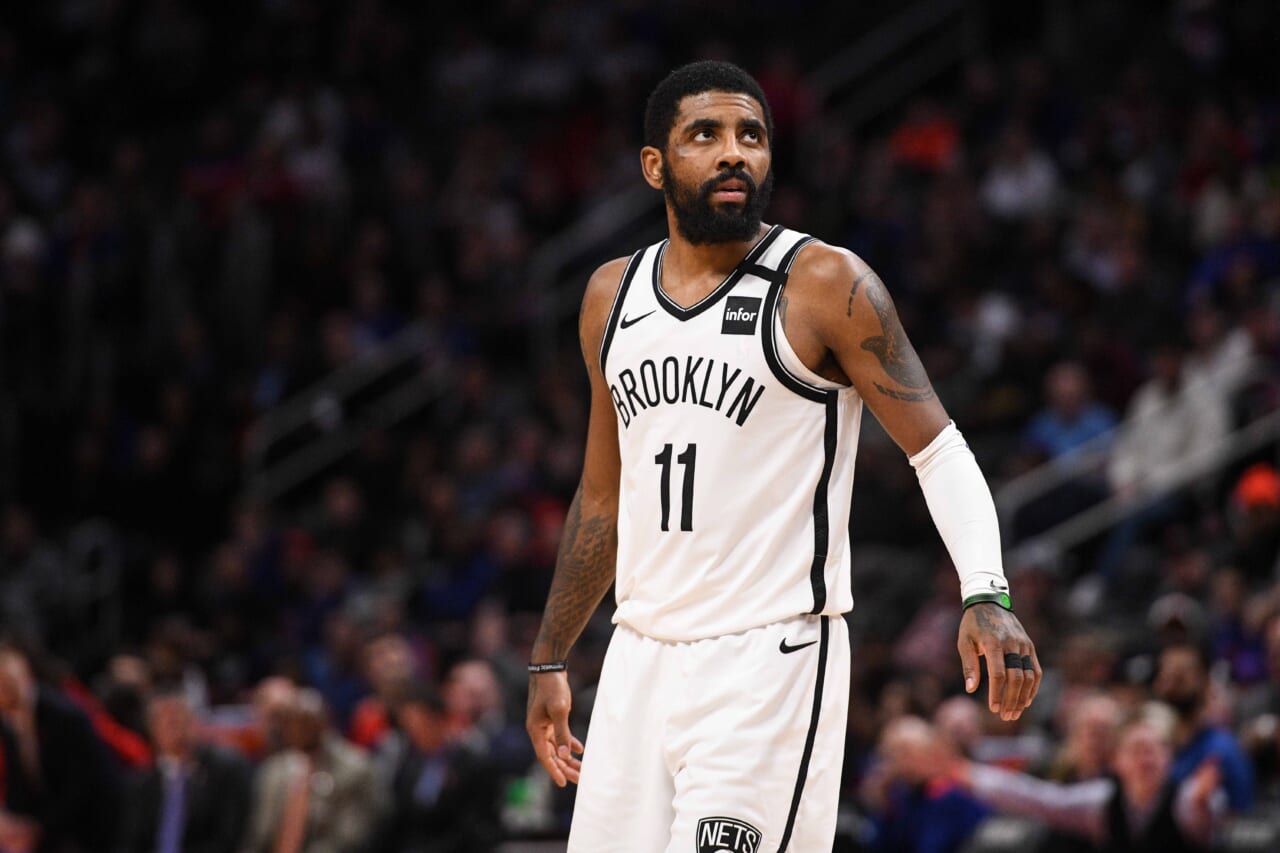 Irving is more offensively gifted than D’Lo, recording fewer turnovers and more points per game consistently. But while Russell seemed to elevate the players around him, at times Kyrie only helps himself. With Durant not on the floor for a majority of 2019, we will see how influential Irving really is, and if he can will the newly built team to a second consecutive playoff appearance.

A question arises — should the Nets have kept the youthful D’Angelo Russell in favor of signing Irving to a max deal?